(RNS) — Each week Religion News Service presents a gallery of photos of religious expression around the world. This week’s gallery includes Eid al-Fitr celebrations around the world, the enthronement of a Metropolitan Archbishop, and more. 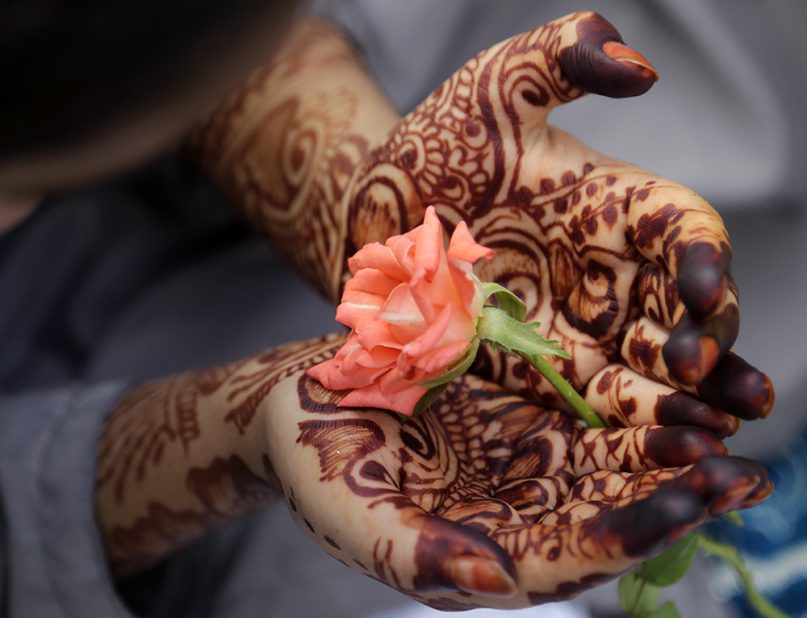 A Muslim girl with intricate henna designs on her hands offers Eid al-Fitr prayers outside a train station in Mumbai, India, on June 5, 2019. The Eid al-Fitr holiday marks the end of the holy month of Ramadan, observed by millions of Muslims around the world. (AP Photo/Rajanish Kakade) 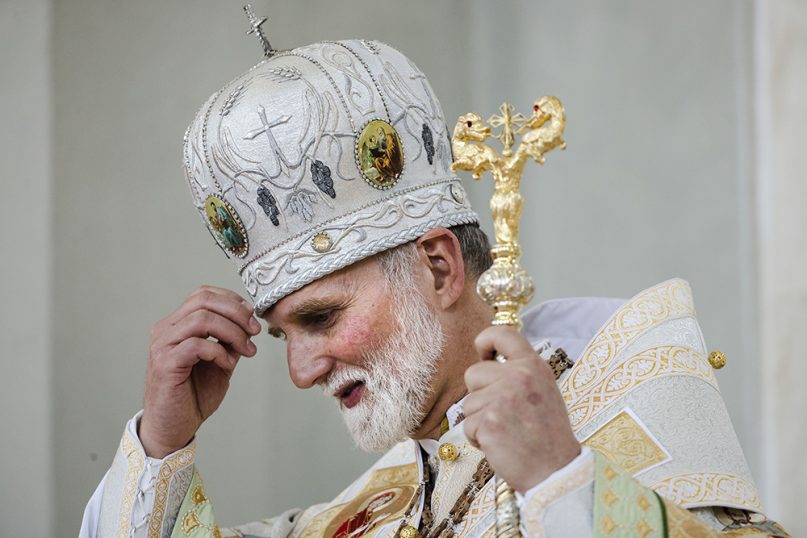 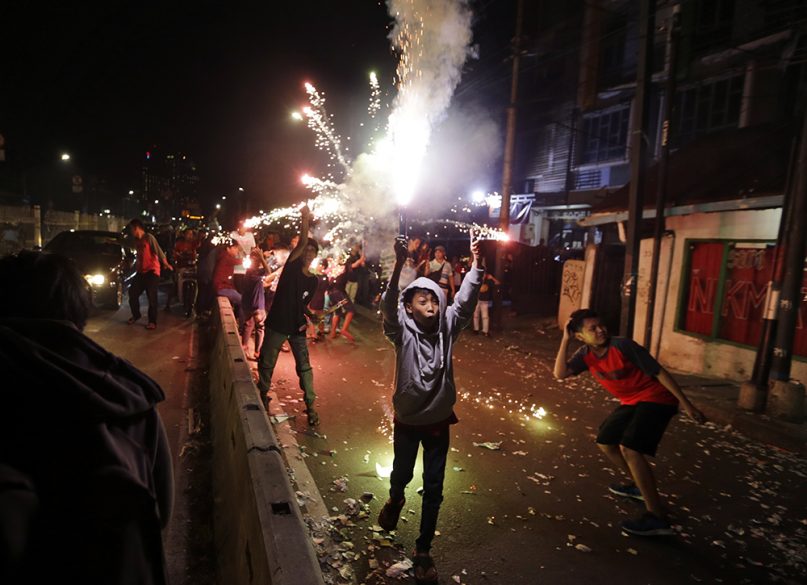 Indonesian youth light firecrackers and flares as they celebrate the end of the fasting month of Ramadan on a street in Jakarta, Indonesia, on June 4, 2019. People in the world’s most populous Muslim country flocked to the streets in the capital on the eve of Eid al-Fitr. (AP Photo/Dita Alangkara) 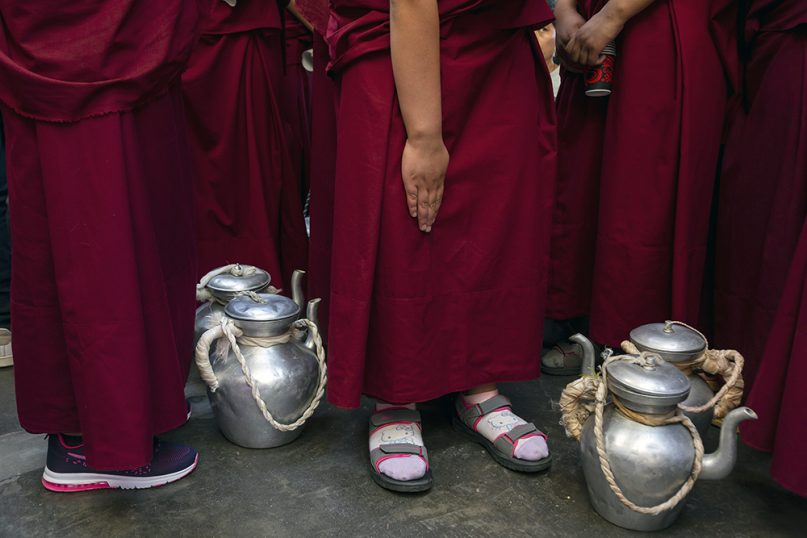 Exiled Tibetan Buddhist nuns wait with tea kettles before distributing tea to the congregation gathered for a talk by the Tibetan spiritual leader Dalai Lama at the Tsuglakhang temple in Dharmsala, India, on June 5, 2019. (AP Photo/Ashwini Bhatia) Ana, an 88-year-old Greek Catholic, waits for the arrival of Pope Francis and the start of the Divine Liturgy and the beatification of seven martyred bishops of the Eastern-rite Romanian Catholic Church, in Blaj, Romania, on June 2, 2019. Francis traveled across Romania to visit its far-flung Catholic communities to make up for the fact that St. John Paul II was only allowed to visit the capital, Bucharest, in 1999, in the first papal visit to a majority Orthodox country. (AP Photo/Vadim Ghirda) 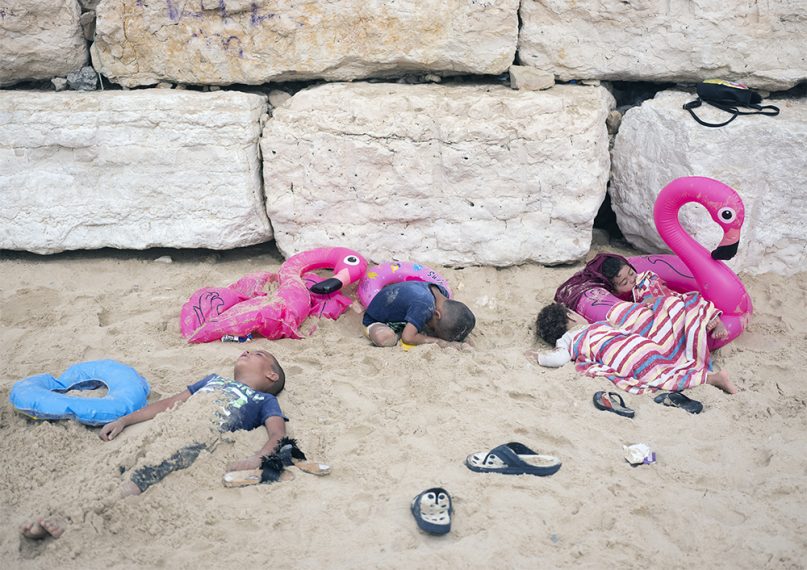 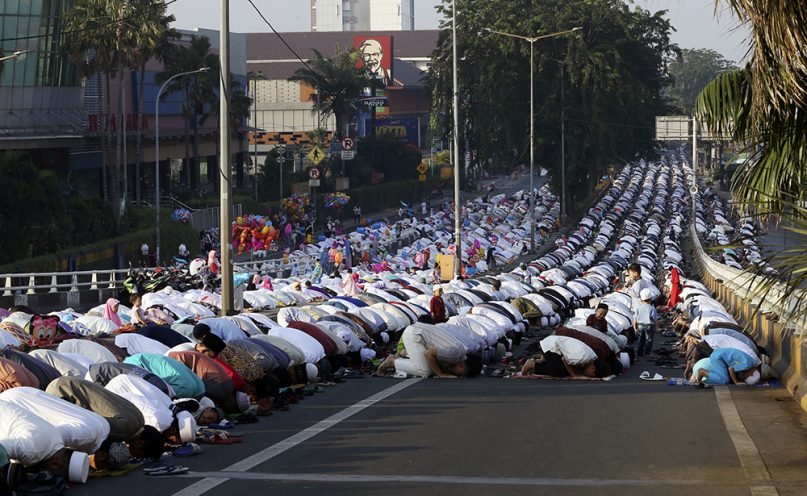 Indonesian Muslims offer prayers on a road on Eid al-Fitr, marking the end of the holy fasting month of Ramadan, in Jakarta, Indonesia, on June 5, 2019. (AP Photo/Achmad Ibrahim) 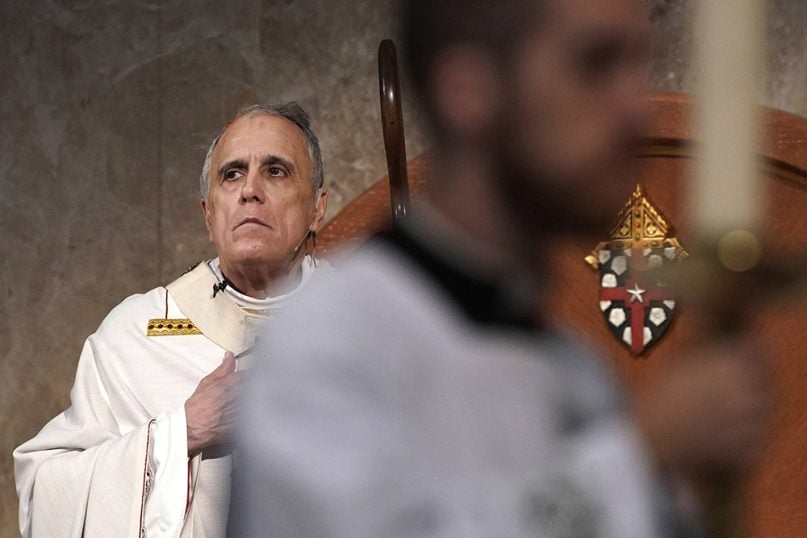 Cardinal Daniel DiNardo presides over a Mass of Ordination for candidates for the priesthood at the Co-Cathedral of the Sacred Heart in Houston on June 1, 2019. DiNardo, leading the U.S. Catholic Church’s sex abuse response, has been accused of mishandling a case where his deputy allegedly manipulated a woman into a sexual relationship, even as the deputy counseled her husband and solicited their donations. (AP Photo/David J. Phillip) 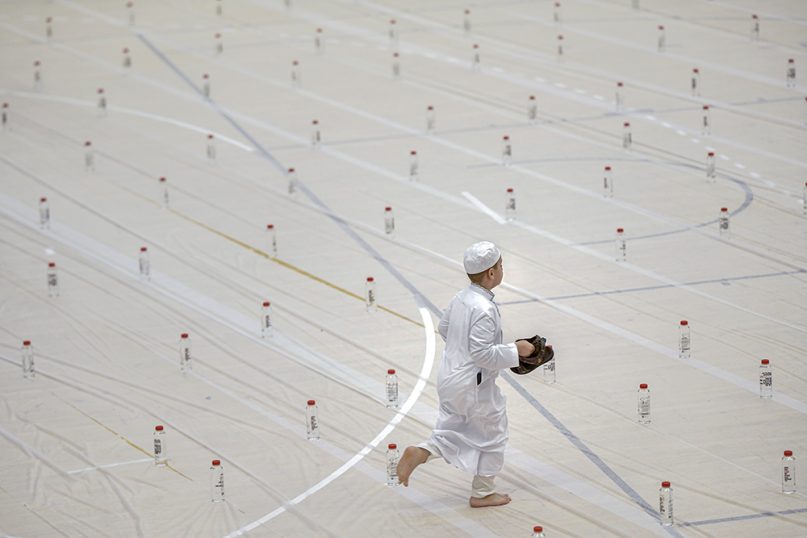 A boy runs between water bottles placed on the floor of a sports venue before Eid al-Fitr prayers in Bucharest, Romania, on June 4, 2019. Members of the Romanian Muslim community gathered for Eid al-Fitr prayers, marking the end of the holy fasting month of Ramadan. (AP Photo/Andreea Alexandru) 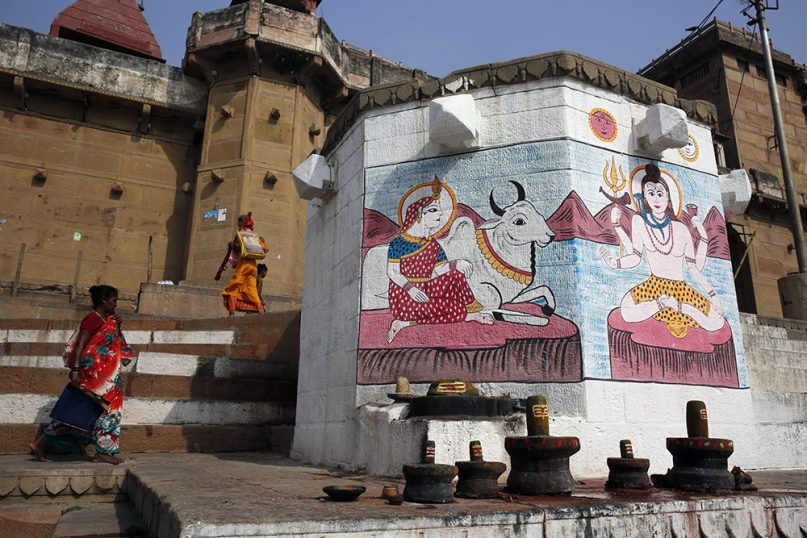 Devotees walk past Shivlings, symbolic of Hindu god Shiva, on the banks of the Ganges River in Varanasi, India, on June 2, 2019. Varanasi is among the world’s oldest cities, and millions of Hindu pilgrims gather annually here for ritual bathing and prayers in the Ganges River, considered holiest by Hindus. (AP Photo/Rajesh Kumar Singh) 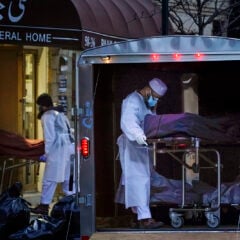 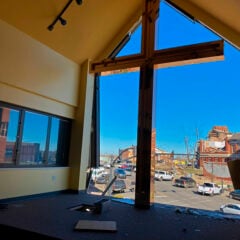 News
Photos of the Week: Abortion at the Supreme Court; Hanukkah commemorations
Follow us on Facebook!
Submit your photos to RNS