(RNS) — Each week Religion News Service presents a gallery of photos of religious expression around the world. This week’s gallery includes annual festivals in India and Bolivia, the solstice, and more. 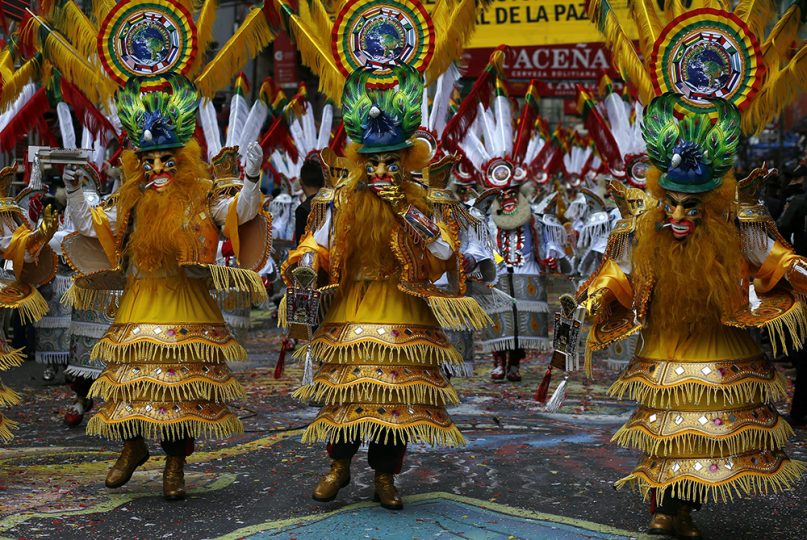 Dancers perform the “Morenada” during the annual “El Senor del Gran Poder” parade in La Paz, Bolivia, on June 15, 2019. Thousands of dancers, musicians and faithful gather every year for the festival to show their devotion and give thanks to Jesus Christ. (AP Photo/Juan Karita) 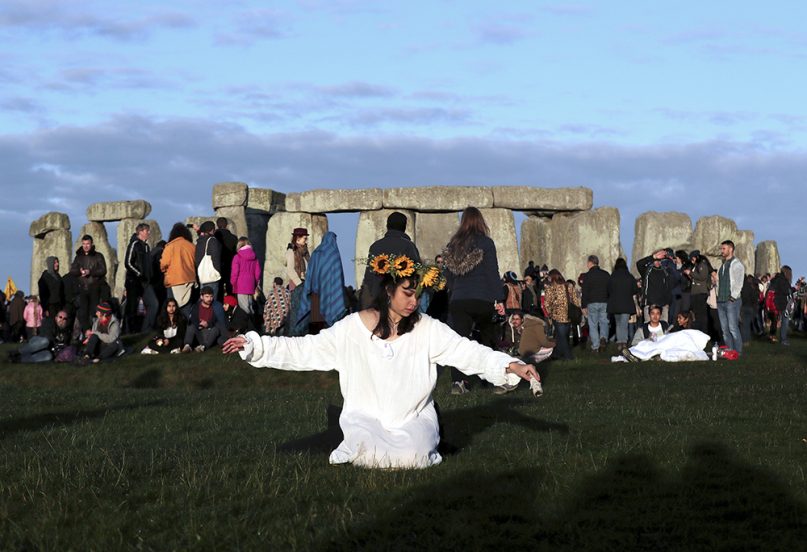 A reveler prays at sunrise as thousands gather at Stonehenge, the ancient stone circle near Salisbury, England, to celebrate the summer solstice, the longest day of the year,  on June 21, 2019. (AP Photo/Aijaz Rahi) 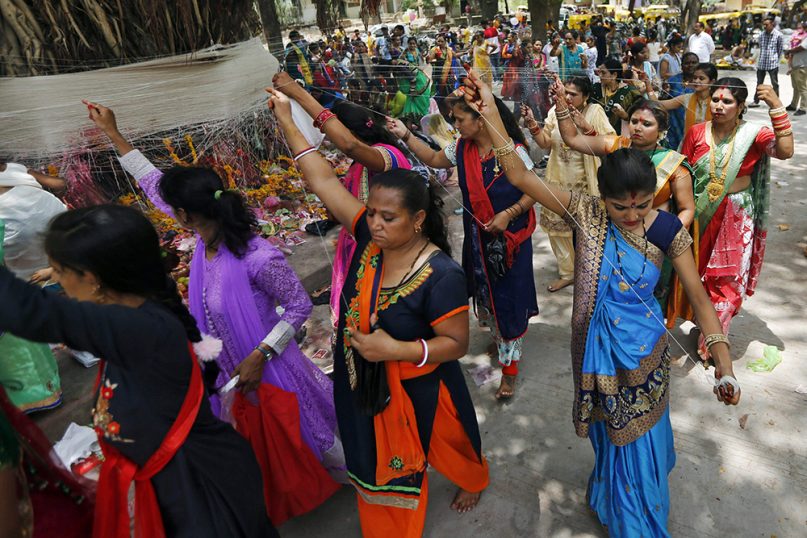 Hindu women perform rituals around a Banyan tree on the occasion of Vat Savitri festival in Ahmadabad, India, on June 16, 2019. Vat Savitri is celebrated on a full moon day where women pray for the longevity of their husbands. (AP Photo/Ajit Solanki) 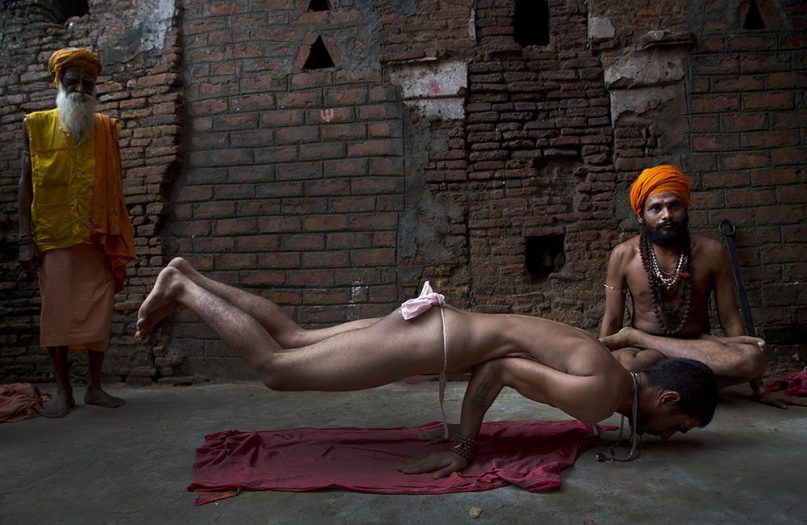 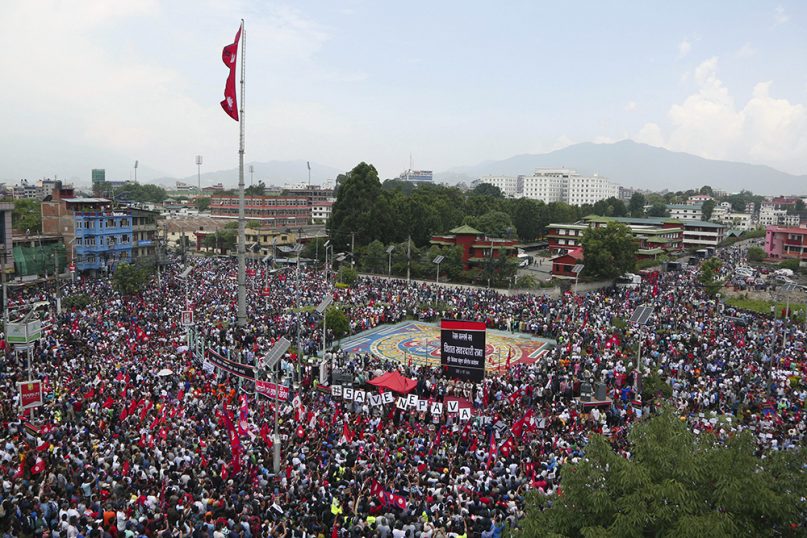 Nepalese Newar community members rally in Kathmandu, Nepal, on June 19, 2019. Thousands of people protested in the Nepalese capital against a bill that would give government control over community and religious trusts. Protesters demanded the government scrap the proposed bill to protect these trusts that hold religious ceremonies and festivals. (AP Photo/Niranjan Shrestha) 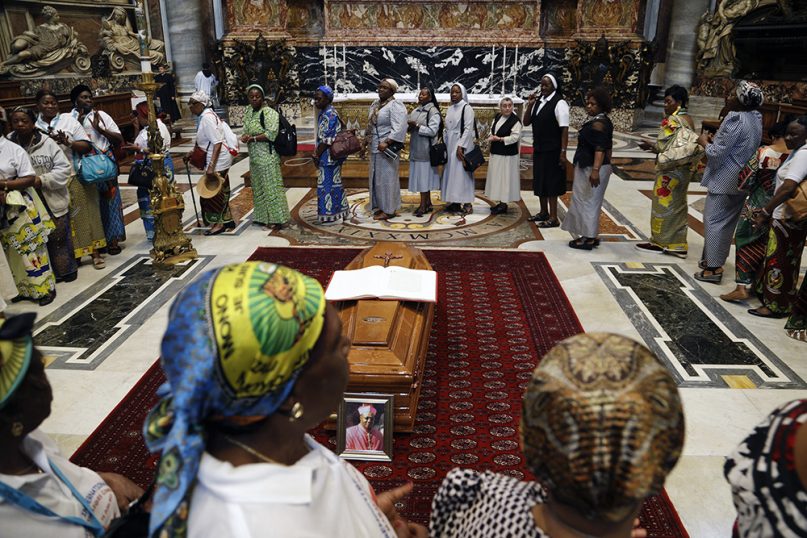 Mourners pass by the coffin during the funeral service of Cardinal Leon Kalenga Badikebele, who until his death on June 12 was the Apostolic nuncio in Argentina, at St. Peter’s Basilica at the Vatican, on June 15, 2019. (AP Photo/Gregorio Borgia) Aymara spiritual leaders prepare an offering to receive the first rays of sunlight in an Andean New Year’s ritual at the ruins of Lukurmata, Bolivia, early June 21, 2019. Aymara indigenous communities are celebrating the Andean new year 5,527 or “Willka Kuti” (return of the sun in Aymara). The Andean new year coincides with the winter solstice in South America. (AP Photo/Juan Karita) 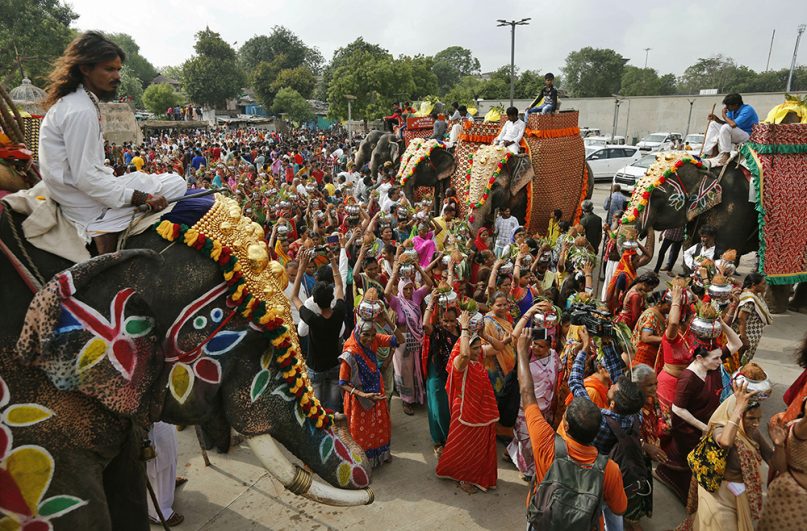 Devotees carry pots on their heads to fill with water from the Sabarmati River during the Jal Yatra procession ahead of the annual Rath Yatra, or chariot procession of Hindu deity Lord Jagannath, in Ahmadabad, India, on June 17, 2019. The water from the Sabarmati river, considered holy by devotees is used for rites for idols, which are then carried in a procession in specially made chariots during the Rath Yatra, celebrated on July 4, 2019. (AP Photo/Ajit Solanki) A dancer performs the “Waca Waca” during an annual parade in honor of “El Senor del Gran Poder,” or The Lord of Great Power, in La Paz, Bolivia, on June 15, 2019. Thousands of dancers, musicians and faithful gather every year for the festival to show their devotion and give thanks to Jesus Christ. (AP Photo/Juan Karita) Indian devotees stand in a queue to offer prayers at the Kamakhya Hindu temple ahead of the Ambubachi festival in Gauhati, India, on June 21, 2019. The festival is held in celebration of the annual menstrual cycle of the Goddess Shakti at the Kamakhya Temple. The four-day festival begins June 22. (AP Photo/Anupam Nath)