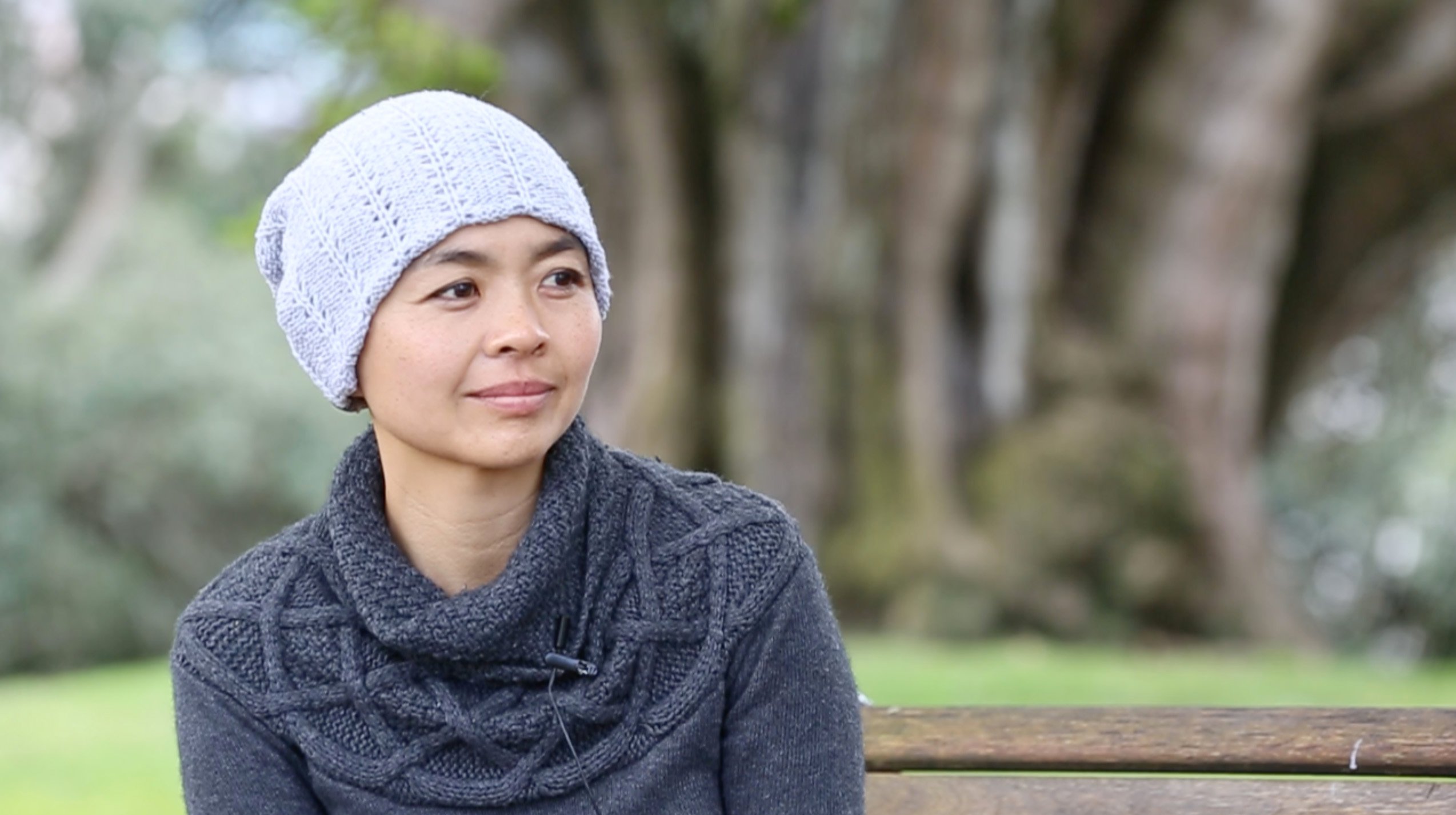 At church this week I read out loud from a new memoir by Melissa Inouye, which was just co-published by Deseret Book and the Maxwell Institute at BYU. I was teaching a Relief Society lesson on Sharon Eubank's beautiful conference talk "Christ: The Light That Shines in Darkness" and felt compelled to share some of the wisdom from this new book, which deals with Mormons' doubts and heritage through the lens of Inouye's own remarkable life. I have a feeling I will be referring people to this book quite a lot in the coming years.

Melissa Inouye is a Harvard-trained scholar who teaches Chinese history at the University of Auckland in New Zealand, so you can probably already see that one of the main threads of her life -- and of this book -- is that she's a curious citizen of the world. She has been instrumental in getting her fellow Latter-day Saints to challenge our American-centric approach to the gospel, pushing for more work in Global Mormon Studies.

She's also my friend. She's wise and funny and strong. A couple of years ago, Melissa was diagnosed with cancer, which was just about as unfair a blow as I can think of: she's a young mom with kids to raise and a whole lifetime of books to write. In the book she shares some of that journey as well as her spiritual insights from, as she puts it, a life of being a "bald Asian American Latter-day Saint woman scholar." -- JKR

RNS: A lot of people in the Church feel they’re on the margins in some way, that they don’t fit in. You write in the book that these experiences are actually what it’s all about: that they help us become more Christlike.

Inouye: Latter-day Saints see ourselves as a covenant people, but sometimes I wonder if we really understand what that means. By virtue of making our covenants, we belong to each other and commit to work through life’s journeys together. But when we look hard at who we are, all around the globe, we realize how different we are from each other and how difficult this project is. We have to figure out how to make it work.

I’ve lived in places like Los Angeles, Hong Kong, Auckland, Boston, China. My husband’s a white American Canadian and I’m Asian American, and our kids are halfies, or hapa. (That’s a word used in Hawai’i to describe Asian-European mixed-race kids.) In my life I’ve ended up scrambling a lot of the distinctions that often set people apart—sometimes on purpose, and sometimes just through happenstance. I study China, and my husband uses Chinese in his professional career, so we’ve spent a good chunk of time living in the PRC. There we are pretty foreign, but it also feels like home.

Depending on where I’ve gone, I’ve swung back and forth between different kinds of being weird—super liberal or super conservative, very poor or very privileged. It all depends on where you are geographically, and where you are in your life. You realize that marginality is kind of the constant. Most of us are marginal in some way, and very few people feel like they’re normal. But at the same time of feeling marginal, I’ve also felt central. That’s how our congregations work. The church’s center of gravity is the people who show up on a daily or weekly basis.

When you look at the pattern of the scriptures—I like Sharon Eubank’s recent Conference talk for this—the people that Christ went out of his way to engage were always the ones at the margins. They were scorned by society because they were different, or because they had made mistakes that were considered unforgivable at that time. He has this metaphor of leaving the 99 sheep to go after the one. That is a pretty drastic departure from the mainstream, and I feel like that was Jesus’ whole point: Don’t be a Pharisee; don’t just stand pointing fingers and casting stones. The religious establishment of the time made some big mistakes by confusing conformity and rule-enforcing with loving God.

RNS: You write that one of the main catalysts for publishing a memoir was to gather a record for your children after your cancer diagnosis.

Inouye: I have 4 kids. When I was diagnosed in 2017, I believe they were 11, 9, 7, and 5. Pretty young kids. When I got my diagnosis I panicked. I thought, “I will never be able to have grown-up conversations with my kids.” I had these letters that I have always written to my children, in a filing cabinet. But they were scattered. I thought I would put them in a binder or something, but they might get lost that way. What’s a more bomb-proof way to preserve them? So: I compiled a bunch of different letters and writings into a book—everything that I thought was important. And that’s what this book is.

RNS: I’m trying to think of a way to ask this question that doesn’t sound trite: How did the cancer diagnosis change your perspective?

Inouye: It’s very clarifying, obviously. I think it slows things down because you feel more humble, more vulnerable. Which is good for me in many ways. You end up doing more of the things you want to do. For example, I never shaved my legs anyway, but now I especially don’t shave my legs! And I don’t care what I wear. If I’m wearing yellow gumboots to teach my class, I don’t care. I don’t care about how famous I become, or whether I get a fancy research grant. I do care about my children growing up to not be horrible people.

RNS: I’ve met your children, and I don’t think there’s much chance of that.

Inouye: Haha! I care about being able to speak the truth. I care about teaching my students and being available to people who need help. That’s basically it.

RNS: What is your favorite part of the book?

Inouye: My favorite part is the letter to the Leaf, my third kid. She is my only daughter. When she was 4 days old, her brother got chicken pox, so we had to leave my dad’s house in California, where we were all sleeping in one room, and go to my grandma’s house about five minutes away.. We ended up staying in the same room where my mother once lay dying of cancer. It was beautiful and poignant to be there in the same room, with the same bed, the same lamp, thinking about the pain of death and the pain of labor, which was so fresh for me at the time. Pain is the marker of both coming into the world and leaving it. So that experience, that one letter, is a summary of the entire book. It’s about confronting life and death, and accepting both of them.

Another essay I really like is “On Fear,” towards the end. That is also a shorthand for the whole book, because I’m speaking to my kids about the fear of leaving them motherless. But the essay kind of concludes that fear is inevitable, and definitely a part of life. For most of 10,000 years of human existence, most everyday fears have been mortal fears. It’s just who we are. Since we can’t avoid fear, we might as well do something productive with it.

RNS: What are you hoping the book will accomplish for Mormon readers?

Inouye: I hope it helps people become more comfortable with contradictions, with change, and with difference. Those are all things that we need to fulfill the measure of our existence, because we’re a global church. We can’t actually function as a global church until we figure out how to deal with really stark differences in our assumptions—about everything, basically.

North American progressives are usually people who say that they really care about people in the global south, in the majority world. They want to extend fellowship to them, they want justice for them. But this is often what difference means: a stark difference in moral assumptions. So what do we do with that? We can’t just assume, like Protestant missionaries did in the 19th century, that our habits of doing things are the best ways, no matter where in the world we are. That was imperialistic and prideful. We want to respect others’ fundamental understanding of morality and dignity. We can’t lightly ask people to collapse their deeply held moral assumptions into a one-size-fits-all, North-American-style program. At the same time, we do have to figure out what it is that we all have in common. How do we create Zion when our cultural and global assumptions are so different? I hope people will recognize the complexity and promise of that difficulty.

Most churches don’t become global churches, because they’re not small and weird enough to want to preserve their difference wherever they go. But we are small and weird—we really do insist on Joseph Smith, the Book of Mormon, prophetic leadership, the Word of Wisdom—all these very particular things that hold us together globally as, in theory, one people. Which I think is so cool. There’s so much promise there. It’s worth trying to do that hard work of figuring out how to be a global church. It can’t be a case of North Americans trying to get the rest of the world to be just like them. We will not flourish or learn from each other that way. At the same time, because we’re dealing with people’s beliefs and prejudices, it’s difficult. But I think we can pull it off, if we work at it over time.

That’s my hope for the book, to encourage members to be comfortable with the idea that the church is evolving. That we are in a new era in which we have to jiggle ourselves around to figure out how to work on a global scale. There’s an essay in the book called “The Problem We Want to Have”—that problem is change over time and space. Those problems are just as much opportunities as burdens.