(RNS) — In voting to expel a Minneapolis congregation and two pastors from its ranks at its annual meeting last week, the Evangelical Covenant Church attempted to close off debate about LGBTQ inclusion.

Explaining the majority’s decision, ECC President John Wenrich argued that the church and the two pastors were “refusing to live in harmony with our communally discerned position.” If further discussion were allowed, Wenrich wrote to church members in May, “we will continue to devote time, energy, and resources to conversations we have held now for more than 20 years.”

But if church leaders hoped the expulsions would reinforce its position on heterosexual marriage and abstinence outside of marriage, there are signs it may not be entirely successful.

For one thing, First Covenant Church, the prominent and historic Minneapolis congregation expelled from the ECC’s roster last week, is not alone in extending full rights to LGBTQ members.

Less than 10 miles away in neighboring St. Paul, another Covenant church has taken a similar stand.

Awaken West Seventh, a nine-year-old church that draws 400-500 people to its two Sunday services, is not about to revert to the denomination’s heterosexual standard in the aftermath of last week’s expulsions. 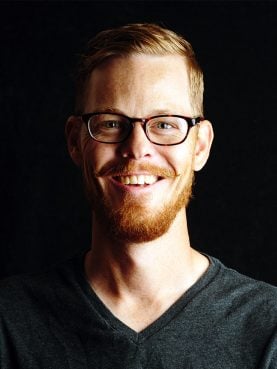 Its website proclaims: “We welcome and invite LGBTQ+ persons to participate at all levels of church life: partaking of the sacraments, serving in ministry, joining in partnership (membership), and holding leadership roles.”

And although the church, which rents space in a former Catholic cathedral, is prohibited in its lease from holding same-sex weddings in its building, it has vowed to help couples find a space where they can celebrate their vows. And it will allow its ministers to officiate.

“Our posture is we think we’re a Covenant church and the way we’re going about our life together is consistent with Covenant theology and history,” said the Rev. Micah Witham, “so, we’re going to be Covenant until we’re told otherwise.”

Delegates to the annual meeting, which took place in Omaha June 27-29, easily surmounted the two-thirds threshold to expel First Covenant Church Minneapolis, as well as its pastor, Dan Collison, and a retired Grand Rapids, Michigan, pastor Steve Armfield from its roster of churches and clergy.

But a minority of churches, especially urban congregations, have made clear they are not about to give up the fight.

“I don’t think the conversation will die out,” said Dan Collison, the pastor of First Covenant Church.

On Sunday (June 30), First Covenant held an upbeat service attended by at least 300 people, including approximately 150 newcomers who attended to offer their support as the 145-year-old congregation begins a new chapter as an independent congregation. 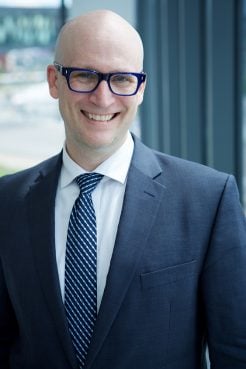 Collison said the church will spend at least a year documenting what happened and working to figure out its direction. The church is debt-free and will keep its historic brick building in downtown Minneapolis. It has numerous ministries to the poor, including a homeless shelter, that will go on.

For five years the church has chartered a more inclusive welcome to LGBTQ members, vowing to treat them as equals.

Its ouster was the first time in its history that the Evangelical Covenant Church, a small denomination with 875 congregations, has ever expelled a church. The denomination, which values diversity and defines itself as “evangelical, but not exclusive; biblical, but not doctrinaire; traditional, but not rigid” had been recognized for offering “freedom in Christ” where the historical record offers a variety of theological views.

But lately, it has given in to the divisive spirit of the age, said John Phelan, president emeritus of North Park Theological Seminary in Chicago, the denomination’s only seminary, and a member of the Minneapolis church.

“It reflects what has become over the last 20 years within American politics and culture a commitment to balkanization that prevents people from hearing each other and working with each other.”

Last year, the denomination suspended a chaplain at North Park after she presided at the wedding of two men.

The ECC’s attempt to squelch the debate comes at a time where gay rights has become perhaps the most divisive issue since slavery. The rainbow flag is the most widely used symbol for the LGBTQ community. Photo by Ludovic Bertron/Creative Commons

This year, the United Methodist Church doubled-down on its ban on LGBTQ ordination and marriage, to huge opposition from its members, especially those in the United States. The conflict over LGBTQ people has also produced splits in the Episcopal Church, the Evangelical Lutheran Church in America and the Presbyterian Church after those denominations adopted inclusive policies toward gays.

To many Christians, what is at stake is less homosexuality itself but the authority of the Bible, which contains several passages seemingly opposed to gay sex.

“The issue for many Covenant churches opposed to this is not LGBTQ people but the authority of Scripture,” said Phelan. “They think if openness is given to this, the clear message of Scripture is being ignored, and that removes all the underpinnings of authority and self-understanding.”

Still, Covenant churches have been able to work through other matters on which traditional biblical interpretation and social issues clash. The denomination, for example, has been ordaining women for years, even though traditionalists point to Bible passages that require women to be silent in church. The ECC also allows a range of practices on baptism, with some allowing infant baptism and others so-called “believers baptism,” when people are old enough to give a profession of faith.

Witham, the pastor of St. Paul’s Awaken church, believes the church ought to allow for differences on sexuality matters, too. He said he knows at least three other ECC churches just in his region that have more inclusive policies and half a dozen more nationwide.

Wenrich told RNS that the vote to remove First Covenant was heartbreaking.

“In spite of my own grief, I still feel like we needed to do this,” he said.

Covenant churches that disagree with denomination’s views have also left voluntarily in the past, he said. He believes that is a better outcome.

“It is better for a church to own its own position and out of its love for the ECC, spare us from these decisions in the future,” he said. “If a church chooses not to voluntarily withdraw, then integrity may require us to face this kind of vote again. I would hope churches and pastors would have the integrity to say they have changed their minds, they have changed who they are and they don’t fit any longer.”

Witham was suspended for six weeks in 2017 after he prayed at a wedding for a lesbian couple that attends his church. He did not officiate at the ceremony. His preaching license has since been restored, he said, but the denomination has kept him at a distance.

“I’m blackballed, a persona non-grata,” Witham said. “I’m not invited to participate in anything beyond my duties at Awaken. The Covenant has refused to allow anyone in the room and at the table who doesn’t agree with the stated position.”

He said he doesn’t expect Awaken to be kicked out until one of its ministers performs a same-sex wedding.

(This story has been updated with Wenrich’s comments.)