(RNS) — A few weeks ago, I found myself at a goth garden party in Brooklyn, New York’s historic Green-Wood Cemetery with a few people I’d met on the fringe corners of what the internet often refers to as Weird Catholic Twitter (and its somewhat more sedate stepsister: Weird Anglican Twitter).

The crowd was mixed. There were people involved in New York’s vintage clothing collecting subculture, some Brooklyn goths, and some of the organizers of the event, which was hosted by the Morbid Anatomy museum, a floating gallery of the arcane and the macabre.

Among the other guests were a hobbyist taxidermist, who explained at length the various ways he liked to strip the skins from animal bones before reconfiguring them (“Don’t,” he warned me, “keep maggots in the house”) and an illustrator who had composed an entire lecture on the subject of the relation of Captain Hook, of “Peter Pan,” to Oscar Wilde and Britain’s fin de siecle aesthetic movement.

We Weird Catholics and Weird Anglo-Catholics fit right in. 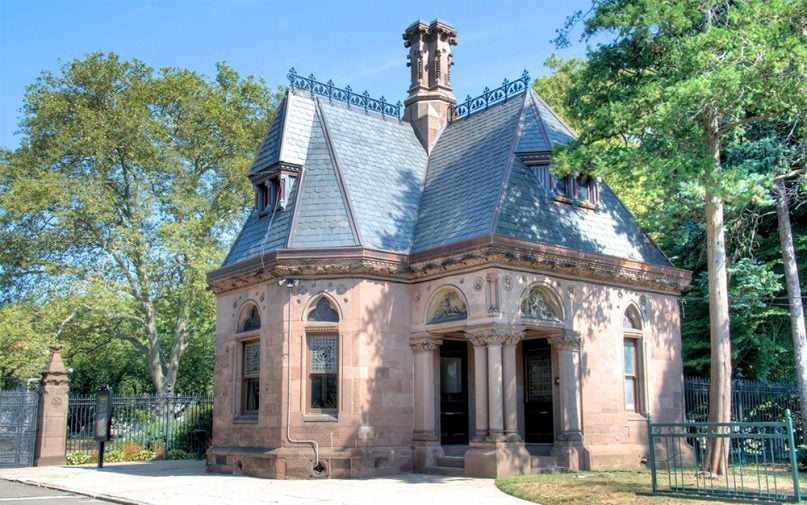 It may seem blasé, at first, to compare my faith — as a onetime academic theologian and an increasingly committed Anglo-Catholic — to these secular markers of proud, countercultural “weirdness.” Despite my affection for the aesthetic trappings of my religion — the liturgy, the incense, gloves in church — my faith is, I hope, more deeply rooted in me than its accoutrements.

But, standing in Green-Wood Cemetery with my friends — vintage, goth, and Weird Catholic Twitter denizens alike — I was struck by the degree to which for me, as for many religious people I know, faith has become not merely a matter of personal metaphysic but a countercultural rejection of elements of a dominant (secular) culture. It’s traditionalism as transgression. You might even call it tradpunk.

To be a Christian, especially an Anglo-Catholic, in a largely secular city is, for me and for so many of my millennial cohort, an act of cultural resistance. We live in a consumerist American culture that, more often than not, tells us that the world is fundamentally meaningless — or, little better, endowed only with the meaning we in our intuitive wisdom choose to imbue it with. Moral values are relative. Truths are no less fixed.

Seventy-four percent of millennials agree somewhat or strongly with the statement that “Whatever is right for your life or works best for you is the only truth you can know.” There are no absolutes — often, there is no such thing as right and wrong. 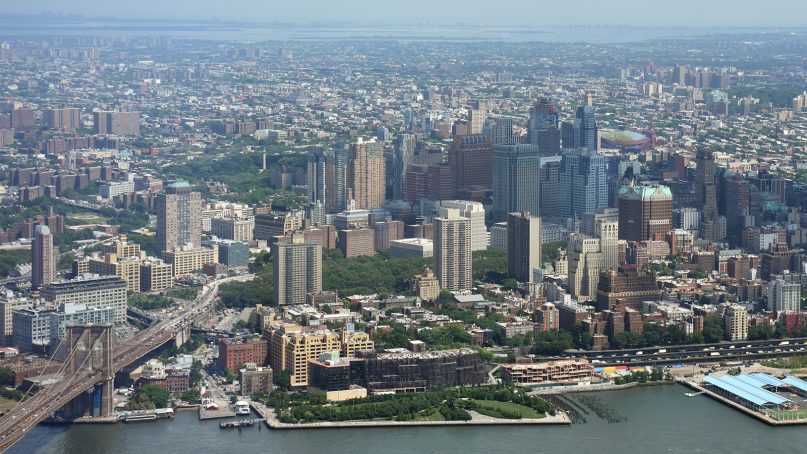 Within that paradigm, we are all too often encouraged to focus on our selves, to buy into a never-ending feedback loop of seeking consumption and self-actualization: a capitalist ouroboros masquerading as self-care. We are reminded to put on our own oxygen masks first — a phrase memorably popularized by capitalist-spiritualist guru Oprah Winfrey, to purge toxic people with bad energy from our orbit, to practice self-preservation with Darwinian brutality.

Christianity — particularly traditionalist forms of Christianity like my own Anglo-Catholicism — can often feel like a dynamic rejection of that worldview. At its best, Christianity demands hard moral truths, demands action, demands a faith that is not subjective or intuitional but at times radically at odds with the ethos of “self-actualization.”

Its theological and historical claims — a man was crucified on the outskirts of Jerusalem in the 1st century who came back from the dead — are at once absurd (“offensive to reason,” Kierkegaard once said — approvingly) and foundational: a paradox that grounds not just how we think about the hereafter but how we see our place in the world in this here and now.

Aesthetically, musically, liturgically, metaphysically, Anglo-Catholics like me place ourselves not just horizontally within that dominant culture but vertically: claiming solidarity with those who have come before us. 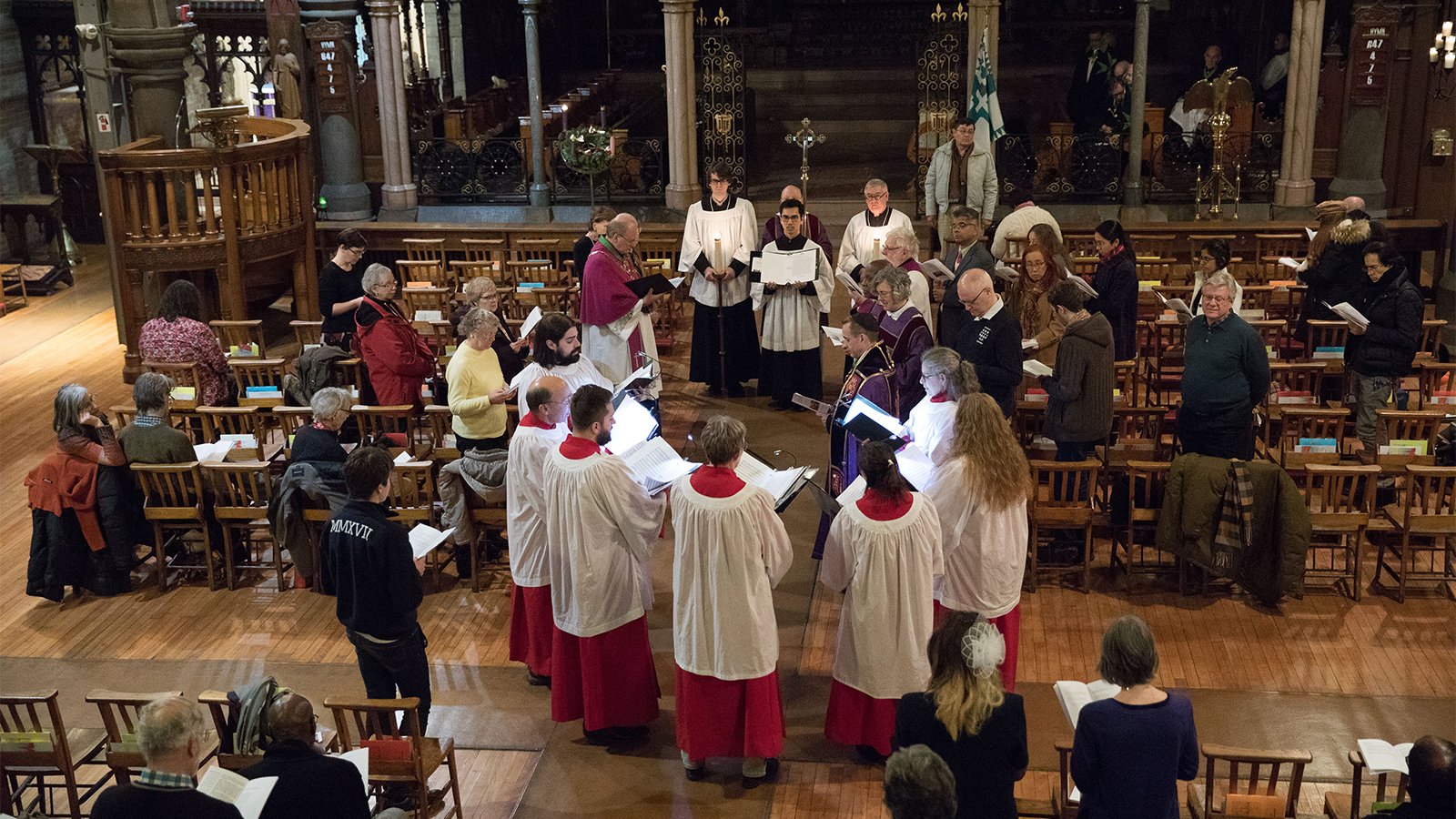 We claim a lineage not only with the major figures of our own history — reformers like John Keble, Edward Bouverie Pusey, and (ultimately Roman Catholic) John Henry Newman — who wanted to restore and revive intense liturgy to Anglicanism, but also with a broader Christian lineage of figures who saw in their faith a bulwark against a secular, unenchanted conception of the world.

That includes 20th-century writers such as Graham Greene, Muriel Spark, Evelyn Waugh (whose unsettling novel “Brideshead Revisited” may be the urtext of Christian “tradpunk” in the English-speaking world) but also the wider philosophical lineage of the early church fathers and medieval saints alike. For us, as for the Catholic writer G.K. Chesterton, tradition is not simply an outmoded collection of expired thought, but rather “the democracy of the dead.”

We aren’t so different, in that way, from the vintage-dressers or the goths: people who feel out of step with our own era and have found a parallel community in which to explore that dissonance.

That’s not to say we shouldn’t be careful about veering toward the pure reactionary. At times, “tradpunk” can veer dangerously close to pure atavism — a Christianity that seeks cultural resistance as its endpoint rather than a means to a better, truer culture: I’ve written in recent columns about Catholic bishops who are embracing self-help guru Jordan Peterson as a way of bringing The Youth back to traditional values and the way erstwhile pick-up artist Roosh V has pivoted from men’s-rights to theocratic misogyny by asserting a traditionalist Christianity that seems to consist mostly of shaming women who aren’t virgins.

But, for me at least, the possibility Christianity offers — from the days of the Roman Empire onward — to creatively critique dominant cultures is a feature, not a bug.

At its core, Christianity is a faith of resistance, of questioning dormant assumptions, of breaking apart easy cycles of power and consumption. It’s been a faith of strangeness: and of strangers in a strange land. For me, at least, the addition of incense, or the old Rite 1 Liturgy, helps to highlight that strangeness. Keeping theology Weird is key to keeping it alive.