(RNS) — A dozen United Methodists meeting secretly in Indianapolis earlier this summer have unveiled a blueprint for spinning off one or two new denominations, hoping to put an end to decades of battles over LGBTQ inclusion.

The plan would allow the United Methodist Church to create a new, fully independent body for more conservative or traditional churches while preserving the current denomination as centrist/liberal in orientation. Each would have its own structures, policies and finances but share a common Methodist heritage.

The group’s members, who first met at an Indianapolis church in late June, started out with a conviction that a split in the 12 million-member global denomination was inevitable.

“We began by asking, ‘If a separation is going to occur, how might it occur?’” said Keith Boyette, one of the conveners. Boyette is president of the Wesleyan Covenant Association, a conservative group that supports a ban on LGBTQ clergy and same-sex weddings in the church.

The Indianapolis group was one of many that have gathered to consider the future of the beleaguered denomination in the wake of what may have been the most contentious United Methodist meeting in its 51-year-history — February’s General Conference in St. Louis, at which a majority of delegates voted to strengthen the ban on gay and lesbian ordination and same-sex marriages.

The close vote — 53% to 47% — unleashed a wave of anger and resentment among the denomination’s centrist and liberal wings, with public protests, defiant clergy conducting same-sex weddings and churches withholding dues to the denomination.

Governing such a divided group would be a huge challenge.

Boyette had a good rapport with Kent Millard, who calls himself a centrist and is president of United Theological Seminary in Dayton, Ohio, one of 13 United Methodist theological schools. The two began talking about bringing together a group of people from both camps to talk about a negotiated separation. The group’s 13 members included five conservatives and eight Methodists who are more liberal.

The proposal put together by the group would not dissolve the United Methodist Church or require amending its constitution. Instead, the denomination would create a new legal entity for traditionalists.

Under the plan, the United Methodist Church would change its name. It would also make changes to the denomination’s rulebook. Most notably, it would delete a statement that says the “practice of homosexuality” is “incompatible” with Christian teaching.

Regional bodies called “conferences” would then have a choice of aligning with either the traditionalist or what it calls the “centrist/progressive” denomination.

The same would be true of the church’s overseas conferences, mainly in Africa and the Philippines. Individual churches unhappy with the way their regional bodies have aligned could then decide to affiliate with the alternative denomination. 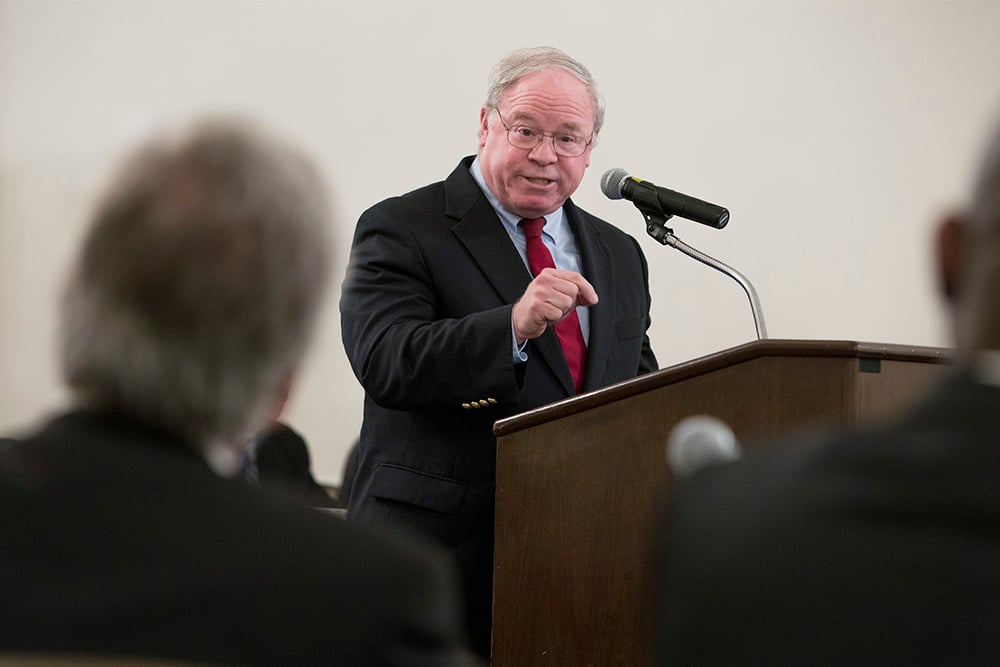 The Rev. Keith Boyette, president of the Wesleyan Covenant Association, responds to questions from Judicial Council members during an oral hearing on May 22, 2018, in Evanston, Ill. Photo by Kathleen Barry, UMNS

The plan also allows for the creation of a more liberal denomination — separate from the the traditional or centrist/progressive wings of the church.

The provisions publicly released call for “birthing new expressions that will share a common heritage from the roots of Methodism” — rather than a split.

“It’s not a divorce,” said Millard. “It’s giving life to expressions of the church that are now in conflict.”

The plan’s 20 provisions were unveiled this week by the denomination’s news service as well as the Wesleyan Covenant Association as part of a push to solicit feedback. The group wants to submit a formal petition to the denomination’s governing board ahead of the deadline for its 2020 conference, which will take place in Minneapolis in May.

If adopted, regional conferences meeting in June 2020 would then be able to vote on how they want to affiliate.

“It would immediately release the stress in the system right now and the conflict that churches and clergy and lay people are dealing with,” said Boyette. 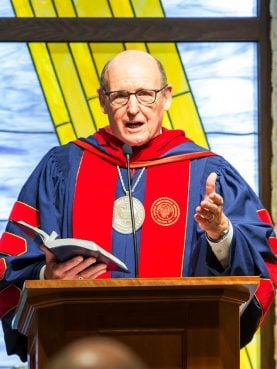 Group members acknowledged that there were still many issues to work through, perhaps the most difficult being the denomination’s assets. Millard said there are an estimated $118 million in unrestricted assets, mostly divided up among its many self-governing agencies, such as General Board of Global Ministries, the General Board of Higher Education and Ministry and the General Board of Church and Society.

Some lawyers think the assets assigned to various church groups cannot be recalled and reassigned to other purposes. But other lawyers disagree.

“If they can’t be recalled, it’s a moot point,” Millard said, referring to the assets. But if they can, it will require a lot of discussion, he added.

Clergy pensions, which are already managed and invested with an independent group called Wespath, would continue. Each regional conference would assume any pension liabilities for the churches in that conference.

There have been a handful of groups that have formed in the wake of the acrimonious February meeting that have looked at a way forward for the denomination, but so far, most of those have been more theoretical.

“The idea of working through the nuts and bolts of how something like this would happen is what drove our conversation,” said Cushman Wood. “At some point, you have to have a conversation about how you put those ideas into practice.”

One other group, not as far along as the Indianapolis group, was recently assembled by Sierra Leone Bishop John K. Yambasu. It too combines people from both conservative and liberal factions and is meeting this weekend in Virginia. Likely, it will consider the Indianapolis plan, as it’s called, in its deliberations.

The United Methodist Church’s international conferences, especially those in Africa, tend to be far more conservative theologically, especially in their views on sexuality and gender. By some accounts, delegates from those regions comprised 35% of the vote to strengthen rules against LGBTQ people.

A majority of Methodists from the United States have been more open to LGBTQ inclusion. A group led by megachurch pastor Adam Hamilton of Kansas convened a meeting in May of more than 600 left-leaning United Methodists. But that group — known as UMC Next — remained committed to resistance rather than a split.