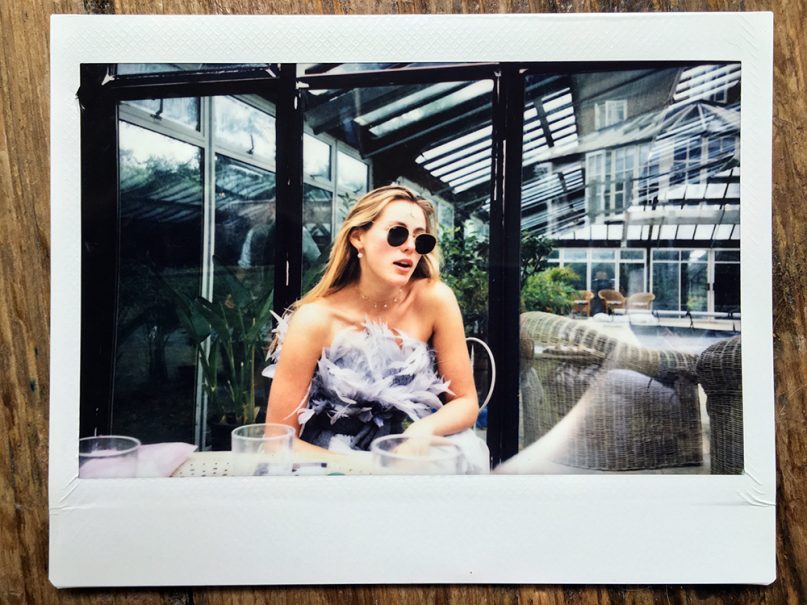 (RNS) — It’s the tell-all heard around the world. Or, at least, on Twitter. On Tuesday (Sept. 10), New York magazine’s fashion vertical, The Cut, published an exposé of Instagram influencer Caroline Calloway, whose bright-eyed narratives of bohemia at Cambridge University have earned her a near cult following and a brisk business in expensive “creativity workshops” and “seminars.”

It turns out that Calloway’s Instagram posts have been written by her longtime and long-suffering former best friend, Natalie Beach, who variously served as Calloway’s confidante, apartment super, personal maid and ghostwriter.

The story — of self-doubt and self-creation in New York City — is a familiar one (and not just because it’s also the plot of my novel). We’re all fascinated by grifters, from last summer’s fake-heiress Anna Delvey to “Vogue grifter” Kari Ferrell. The Calloway story is doubly fascinating because it’s a story of two grifters —  an ambitious middle-class striver (Beach) and a blithely privileged pretender (Calloway), both collaborating to tell the fictionalized version of Calloway’s idealized self-image.

But at the core of Twitter’s fascination with Calloway is a profound ambiguity about what it means to create our own selves: an ambiguity that reflects a fundamental tension in our wider cultural ideology.

The ubiquitous gospel of wellness and self-care — which implicitly governs so much of the American religious landscape (in particular, the landscape of those 36% of young millennials who call themselves religiously unaffiliated) — at once commands us to be our best selves and demands that we be authentic. We are at once called to achieve moral, spiritual and personal fulfillment by living our best lives, by optimizing our own existence, and mandated to do so honestly.

It’s an impossible demand, but deeply rooted in American religious culture. America’s long-standing love affair with what you might call “intuitional” traditions — spiritualized views of the world, such as the New Thought tradition, or 19th century spiritualism, or certain strains of evangelical revivalism, that prioritize personal emotion and feeling over rational thought — is almost as old as America itself.

To be who we are, in these narratives of betterment, is to admit and embrace our desires, our longings, our wants and needs, and to reject the dictates of any society that dares hold us back. We must — as in the words of New Thought guru Charles Benjamin Newcomb, author of  1897’s All’s Right With the World — remind ourselves regularly that the ultimate Good is to be found in our own selves: “I am well,” Newcomb tells readers to chant, “I am opulent. I have everything. I do right. I know.”

These narratives privilege a kind of emotional authenticity alongside their visions of material success. They rest on the illusion that a person who becomes their “best self” — wealthy, admired, flocked by friends and would-be lovers — is fundamentally expressing their true self: making external and explicit what is already within their hearts.

As in the Christian prosperity gospel, where riches are seen as a direct indicator of sufficient faith, the narrative of be-your-best-self selfhood only functions if it is seen as reflective of some kind of divine or cosmic fairness. It’s the optimism of idealists like the preacher John Humphrey Noyes, who in 1848 founded a free love commune in Oneida, New York, based on a vision of Christian perfectionism: When the self is, via grace, fully liberated from sin, all its desire — including its sexual urges — must be likewise justified.

Best-self-ism cannot risk the idea that one’s “best self” is illusory, or ill-gained. The solipsism and, at times, downright selfishness that best-self-ism engenders are morally justified only by their role in a spiritualized narrative: Our purpose in this world is to unlock our innate and inherent divine potential.

In other words: Your best self still has to be you. It’s acceptable, advisable, even morally necessary, to spend your life in a series of optimization trials: undergoing diets and wellness cleanses and SoulCycle sessions and other forms of self-betterment.

But the second that your “best self” becomes too obviously an illusion — a construction of disembodied internet culture, a ghostwritten Instagram post or an overly FaceTimed selfie — its moral authority collapses. It’s no longer indicative of properly administered self-care, of a life curated with all the sweat-drenched purgation of medieval self-flagellation. It’s simply, well, a lie.

The implicit moral theology underlying the grifter-revealed is not the optimistic narrative of self-betterment, but rather the cynical nihilism of fate: Some people are just born rich, or lucky, or canny. Others aren’t.

We consume other people’s “best lives,” only to spit them out. Grifter stories like Caroline Calloway’s affect us so strongly because we know what we’re doing, deep down, when we get on the best-self-ism treadmill. We’re just faking it, too.