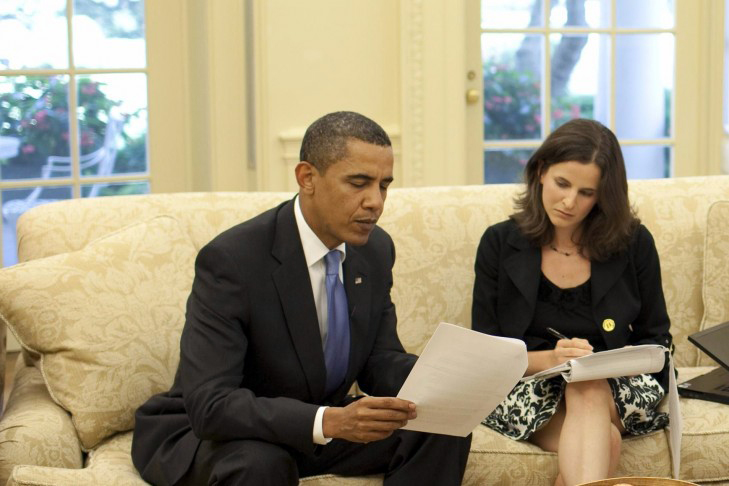 But the 42-year-old Harvard Law School graduate has found a surprising direction post-politics. After a breakup with a boyfriend, she found refuge and meaning in Judaism, a faith she had all but abandoned after her bat mitzvah at age 12.

“Here All Along: Finding Meaning, Spirituality and a Deeper Connection to Life — in Judaism (After Finally Choosing to Look There),” is the very long title of her new book. Like her speeches, the book is graceful, accessible and conversational in tone.

In the years following her White House stint, Hurwitz describes diving head-first into Jewish classes, workshops, retreats and one-on-one study sessions with rabbis from different streams of American Jewish life. And doing what she does best, she decided to write about her journey.

Though she draws on her own experiences, the book is not really a memoir but a primer for anyone wanting to better understand Judaism, with chapters on the Torah, God, Shabbat, holidays and life rituals. At its heart, the book is about grappling with Jewish values and wrestling with how to make them relevant in today’s fractured, individualistic culture, in which, as she says, “all American Jews are Jews by choice.”

RNS talked to Hurwitz from her Washington home. The interview has been edited for length and clarity.

Does this book represent a change of direction for you, from White House speechwriter to Jewish educator? 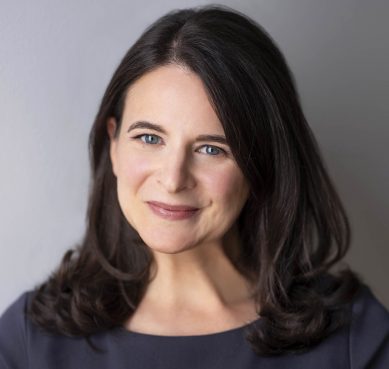 I don’t know if it represents a total career change. But I will say it’s very different to go from writing in someone else’s voice to writing in my voice. Michelle Obama knows who she is, and she always knows what she wants to say. Being her speechwriter involved sitting down with her, asking her what she wants to say and typing very quickly. Every speech was her words, her ideas, and my job was working that into a draft.

This book is my words, my ideas, my voice. That’s been a big transition. It’s also a big transition to go from writing to be heard and writing to be read. So I wouldn’t say it’s a total career change but something I’m passionate about — sharing what I’ve learned about Judaism with others.

You have a great line here, “I don’t need Judaism to teach me how to be a good person … I do need it if I ever want to become a great person.” Give me an example of how Judaism has helped you grow morally?

Many of us think we’re good people because we don’t lie, cheat, steal and (we) follow American law. It’s a fairly low moral standard. You can be unkind, incredibly selfish, treat other people incredibly poorly well within the letter of American law. Jewish law holds a much higher standard.

A good example of that is the Jewish thinking of how we use our speech. There’s a body of Jewish law on how we speak to and about other people. Do you speak to them in a way that embarrasses or humiliates them? Do you say negative things to them about others?

There are Jewish laws about gossip. That’s just not something I thought a lot about before. I thought of gossip as a minor transgression. Studying the laws I began to realize that my speech can have a huge impact. Now before I speak, I’ll often find myself pausing for a moment and feeling a moment of hesitation. Do I really want to say this? I’m still working on it. I’m not a model of perfection in any of this. But it’s made me realize I have a lot of work to do.

You’re very candid that you don’t believe in the all-powerful, all-knowing man-in-the-sky God. Was that hard to acknowledge? “Here All Along” by Sarah Hurwitz. Courtesy image

It was, because it’s very personal. I’ve spent most of my life behind the scenes. To be putting so much of myself out there when I’ve never written about myself, it was hard. It’s funny, the chapter I’ve gotten the most feedback on is the God chapter. People are intrigued by all the different conceptions of God. It’s opened up a path for a lot of people who have read this to say, ‘Maybe I can have a concept of the divine. Maybe I can find personal connection.’

The theology of the all-powerful being in the sky who rewards and punishes as we deserve is a very difficult theology for a lot of people. If that’s the only choice, a lot of people decide, ‘Well, I’m an atheist, or I’m spiritual but not religious.’ But that’s not true of Judaism. Judaism offers a tremendous amount of really sophisticated theology that a lot of people would really benefit from learning about. So I wanted to share it because it certainly was incredibly meaningful to me.

You say you haven’t joined a synagogue and don’t identify with any of the Jewish movements. Are you a post-denominational Jew?

I think I might say I’m a pluralist. I think each of the denominations has something powerful and wise to offer. I hate to say I’m post-denominational. That implies I’ve left them behind. That’s certainly not the case. Rather, I take something from each denomination that’s meaningful to me. But I don’t fit cleanly into any one of them.

My advice to folks like me is that there’s so many ways to engage deeply in Judaism. A synagogue is a wonderful way. But there are study programs and yeshivas. There’s an entire meditation world. There are wonderful organizations like One Table Shabbat that offers Jews in their 20s and 30s all kinds of resources to have deep and meaningful Shabbat dinners and experiences. It’s a matter of finding a way that works for you.

A lot of Jews are getting ready for the High Holy Days. But services tend to drag on for hours, and they’re not always inspiring. Any advice?

I think the trick is to learn and to understand what’s actually happening in those services. To get the meaning out of them that is there, you need to do some work. I try to show people these prayers that say there’s a man in the sky who rewards and punishes you —  (they are) actually much more complicated than that. There are quotes from the Book of Job, which is not a clear-cut reward and punishment theology at all. What helps is to learn a little bit about the prayers and the purpose of these holidays. So that if you go into the synagogue, even if you’re  not following the prayers, even if the service isn’t something you can fully understanding, you can use the time to reflect and to try to go on a spiritual journey that the holiday is trying to take you on. Preparing a bit beforehand is tremendously important.

How do you personally prepare for the period of self-reflection, especially on Yom Kippur?

I do a practice that I learned from Abigail Pogrebin in her wonderful book, “My Jewish Year,” where for the (Jewish) month of Elul she and a friend would email each other about their reflections on one particular trait: generosity or patience. I’m actually doing that practice with a dear friend of mine who is a rabbi. Each day we text each other about one trait, and we reflect on where we fall short on that trait, where we’re doing a good job and how we’d like to improve. And we’re very, very honest. That’s one good way to prepare.

News
What four strangers of different faiths learned while living together during a pandemic
Martini Judaism
If you’re religious and supported President Trump
Opinion
How Jewish is “Ma Rainey”?
Opinion
Four facts that will change relations between Christians and Jews in the next decade
News
Muslim, Sikh and Jewish groups seek inclusion in California’s new ethnic studies curriculum