(RNS) — Each week Religion News Service presents a gallery of photos of religious expression around the world. This week’s gallery includes preparations for the Hindu Durga Puja festival, pre-Hispanic temple excavations in Bolivia and more. 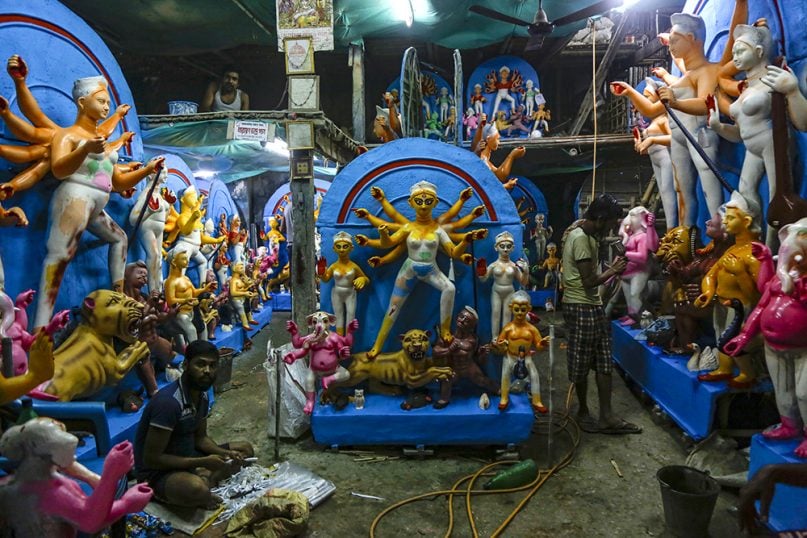 Artisans prepare clay statues of the Hindu goddess Durga at a makeshift studio in Kolkata, India, on Sept. 25, 2019. The statues will be used during the Durga Puja festival, which begins the first week of October. (AP Photo/Bikas Das) 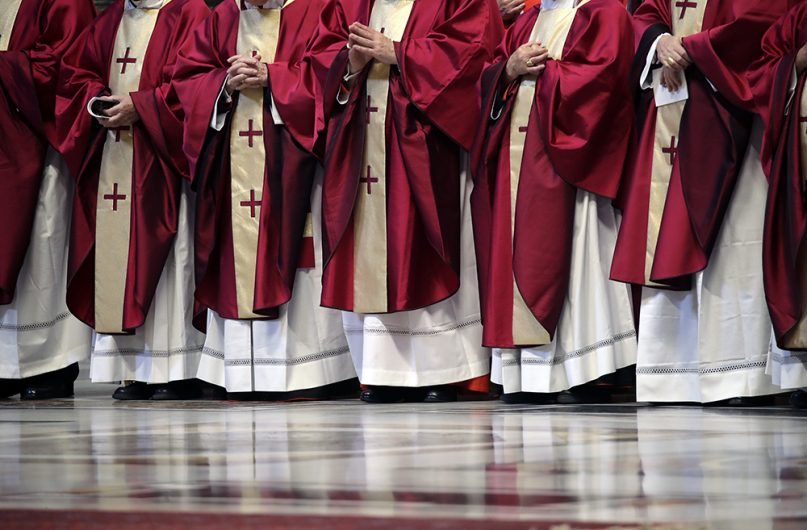 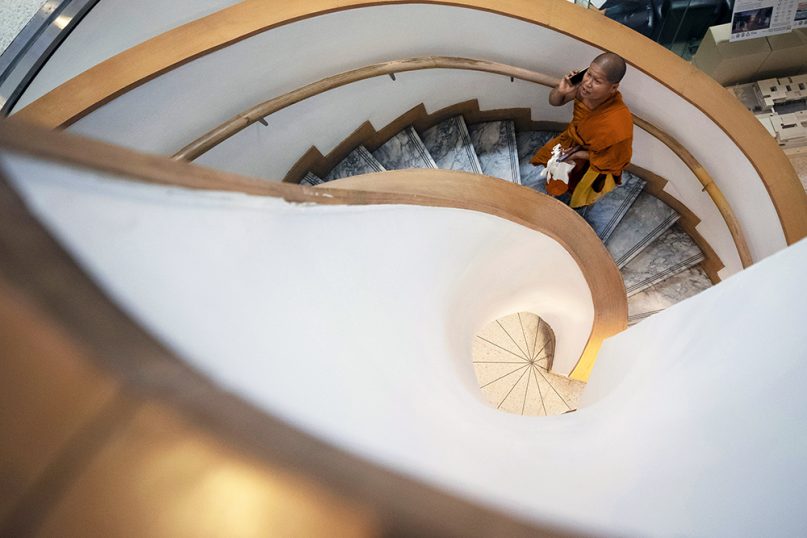 A Thai Buddhist monk talks on a mobile phone during a visit to the Bangkok Art and Culture Center in Bangkok, Thailand, on Sept. 17, 2019. (AP Photo/Sakchai Lalit) 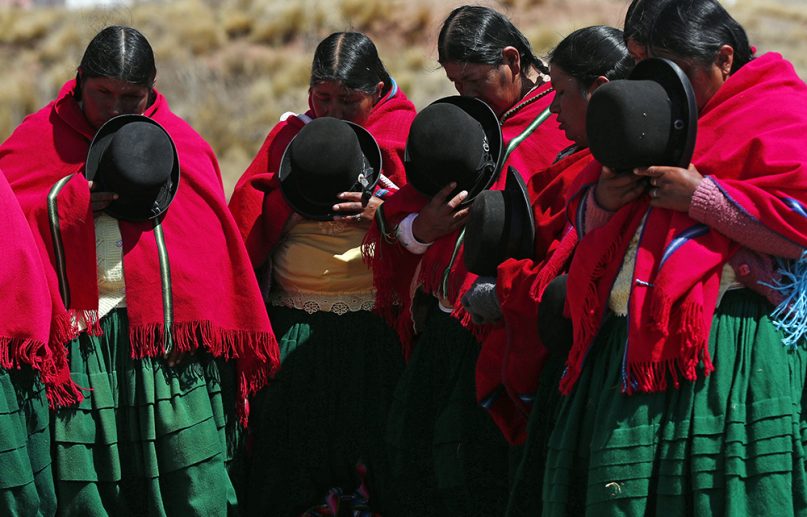 Aymara women pray before the day’s start of an excavation of pre-Hispanic vessels at the Kalasasaya temple in the ancient city of Tiwanaku, Bolivia, on Sept. 18, 2019. Bolivian archaeologists are presenting the findings of a recent discovery of ancient vessels unearthed in a dig on the site, once home to one of the most significant pre-Hispanic empires, the Tiwanacota. (AP Photo/Juan Karita) 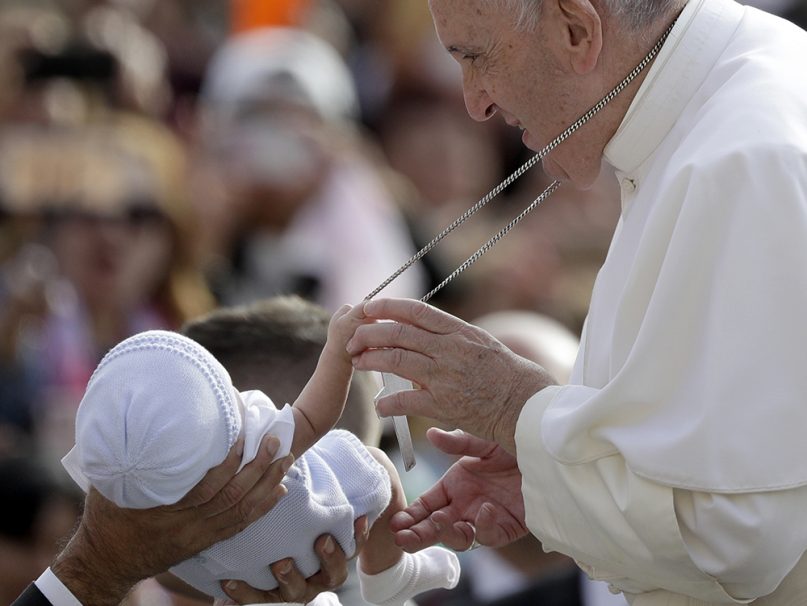 A baby, handed to Pope Francis for a blessing, grabs onto the pope’s cross as he arrives for his weekly general audience in St. Peter’s Square, at the Vatican, on Sept. 25, 2019. (AP Photo/Gregorio Borgia) 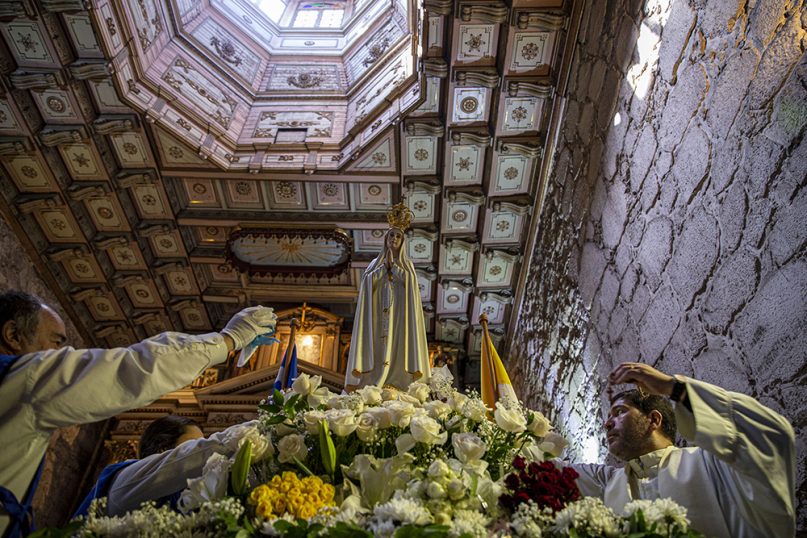 A priest and altar servers wave worshippers’ handkerchiefs near a statue of Our Lady of Fatima after the religious icon arrived from her sanctuary in Portugal after a Mass in her honor at San Francisco church in Santiago, Chile, on Sept. 16, 2019. The statue is touring the country until Feb. 2020. (AP Photo/Esteban Felix) 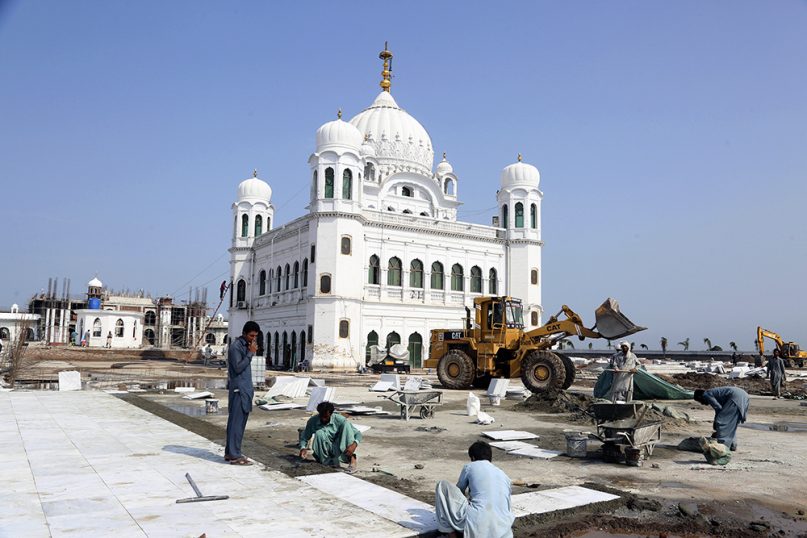 Pakistani workers complete a tiled courtyard at the shrine of Sikh spiritual leader Guru Nanak Dev, in Kartarpur, Pakistan, on Sept. 16, 2019. Pakistani officials said that a much-awaited visa-free border crossing for Sikh pilgrims from India will be ready by early November, allowing thousands of pilgrims to easily visit the Sikh shrine just inside Pakistan each day. (AP Photo/K.M. Chaudary) 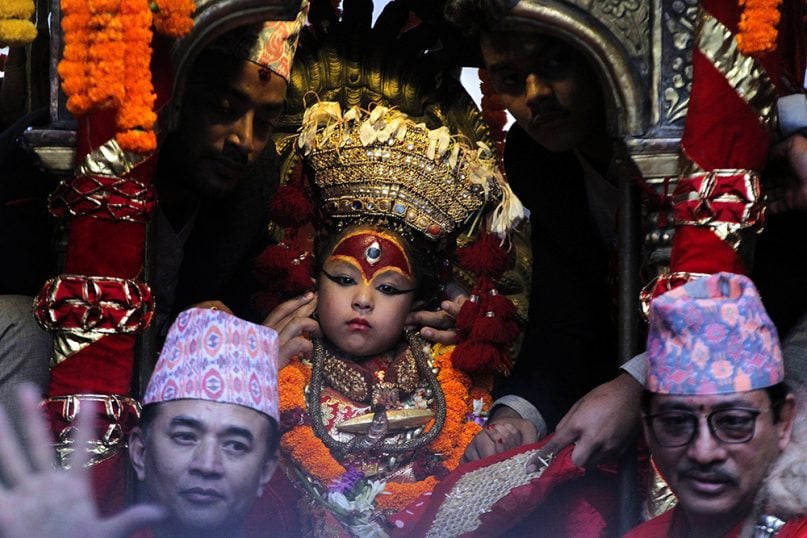 A priest covers the ears of living goddess Kumari as soldiers fire a gun as a part of rituals during the Indra Jatra festival, an eight-day festival that honors Indra, the Hindu god of rain, in Kathmandu, Nepal, on Sept. 13, 2019. The girl child revered as the Living Goddess Kumari is pulled around Kathmandu in a wooden chariot, as families gather at shrines to light incense for the dead and men and boys in colorful masks and gowns representing Hindu deities dance to the beat of traditional music. The festival draws tens of thousands of spectators to the city’s old streets. (AP Photo/Niranjan Shrestha) 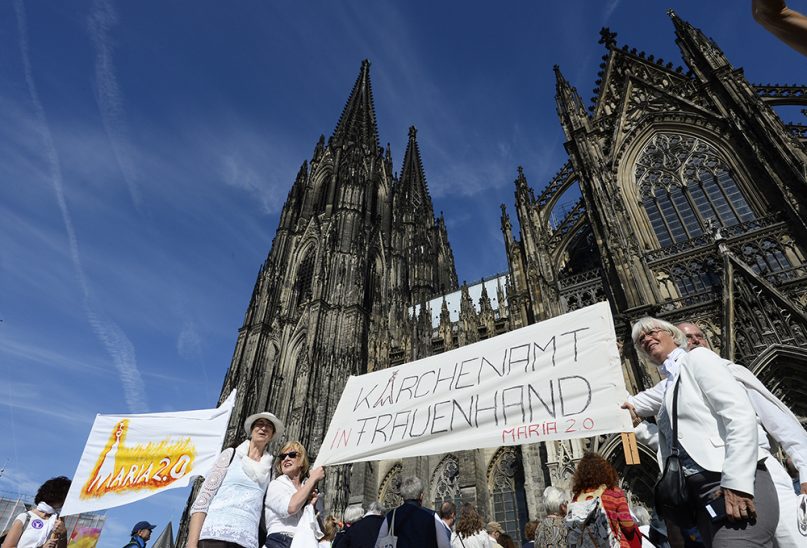 Protesters build a human chain in front of the Cologne Cathedral in Cologne, Germany, on Sept. 22, 2019. About 800 people protested for gender equality in the Catholic Church in Germany. (Roberto Pfeil/dpa via AP)