DURHAM, N.C. (RNS) — Kate Bowler began to take an interest in the role of evangelical women as a 14-year-old at Mennonite Bible camp.

Only men preached at nightly gatherings, she noticed. And only men were allowed to baptize and serve Communion. Women were relegated to singing, praying and the occasional informal speaking roles.

One day she would return as “a lady James Dobson,” she imagined.

Instead, as many of her ardent followers now know, she became a historian of American Christianity — a rising star after penning her first book on the prosperity gospel and then receiving a diagnosis of stage 4 colon cancer.

Her second scholarly book, “The Preacher’s Wife: The Precarious Power of Evangelical Women Celebrities,” was written mostly in the corridors of Duke Hospital. The book, which looks at the women who carved wildly successful perches of unofficial power, has finally been published and it comes after her own wildly successful “Everything Happens for a Reason: And Other Lies I’ve Loved,” a memoir of her struggle with cancer.

“The Preacher’s Wife” may be scholarly, but it’s an entirely accessible account of the influence of female co-pastors, Bible teachers, authors, speakers and life coaches —  people such as Beth Moore, Joyce Meyer and Victoria Osteen. The book examines the ways these women negotiated family life, celebrity and a carefully crafted obedience to the dictates of complementarianism, the idea that men and women have different roles.

As Bowler shows, these women — without any kind of theological credentials and while toeing the line of the subservient wife — were as successful as their husbands in the capitalist marketplace of sold-out arenas, best-selling books and stratospheric social media followings.

Religion News Service caught up with Bowler in her off-campus office, about a mile and a half from Duke Divinity School, where she works on her Everything Happens podcast and book club when she’s not teaching. The following interview was edited for length and clarity.

How are you doing?

I’m doing really well comparatively. My illness has moved from a crisis to a chronic situation. So it sets a different horizon, where I have episodic scans and episodic terror and patching it together in the middle.

This book was written in between surgeries. Why did you continue?

I had to figure out, “Do you write a long-winded historical book in your free time during that period?” For other people it would have seemed like a waste. But we all need to figure out what our gifts are. For me, I’m best as a historian. I may as well be a historian in that situation.

I did almost all the research before. I wrote the memoir in the middle. The experience on the circuit, talking about (my) book, gave me more awareness and more compassion for the women I wrote about. You feel the weight of words and what public perception feels like. Because like, Who cared before? I was grateful if they ran 500 library copies and sold out. 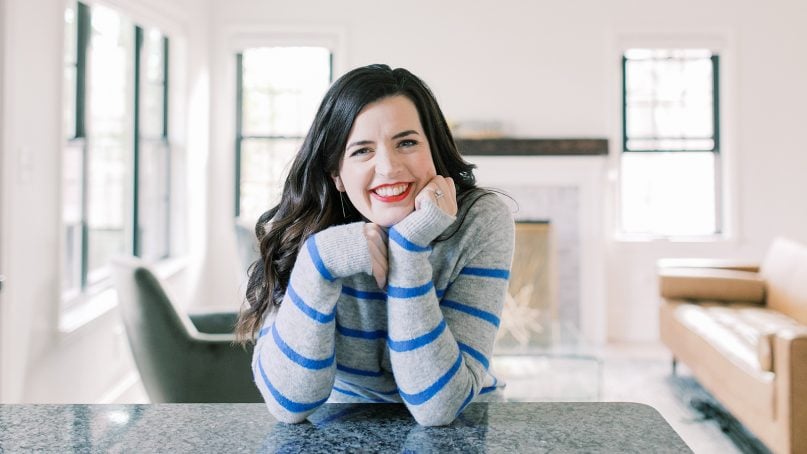 Do you get the sense that complementarianism is still as strong, or are some of the women you wrote about ready to move on?

It was more performative than a doctrine that was preached. It felt dated to be pro-complementarian. But the performance of yin and yang was ubiquitous. It felt like every woman who was on stage explained where her husband was and how he was very approving of her in that moment, and how she would give it all up in a heartbeat if he just said the word.

One of the most fascinating paradoxes you point out is how evangelical women were so much more successful than women in mainline Protestant churches who are able to pastor churches. What accounts for that?

I don’t think the women who are theologically encouraged to take leadership are equipped with the same set of skills that make evangelical women famous. They’re not rewarded for things like charisma or popular appeal or even producing artifacts for industries. I don’t think I’ve ever heard someone encouraging (a female mainline pastor) to have a cheap paperback at Target.

The condescension of the mainline toward things that are deemed popular contributes to insularity. I also think we imagine leadership purely as institutional leadership and give women very small institutions to lead, without much promise of advancement. There’s the sense that there’s a ceiling on what they can accomplish.

I interviewed a lot of female heads of denominations and none of them said it was easy. All of them felt they had to downplay that they were female leaders because they had to prove themselves in an open institutional market where they’re a leader, not a female leader. But then, they forgo all the opportunities that are available for people who do sex-specific marketing. So since most book buyers are female, it makes more sense to play to a female audience. But when you want to be a serious Presbyterian pastor, you’re not going to slap orchids on the front of the cover and yell, ‘This one is for the ladies.’ It puts them in a very weird spot. They have all the education and skills to do it. But they’re not encouraged to test their wares in the market.

Is there something about the culture of proselytism that makes evangelical women so successful?

Totally. Why get people in an arena if you’re not for mass evangelism in some way? I suppose you could tell everyone about the environment. Bring Al Gore back. It’s hard to know what topic they want to listen to in that context.

Why are conservative evangelicals so wrapped up in consumer culture? Daniel Vaca has written a great book. It makes the argument that it’s an identity shaped as much by what we buy as what we believe. I was a latecomer to understanding evangelical culture. But I saw very quickly that the industries they developed in the 1970s held that community together in many ways. They knew who was sanctified based on the products they consumed. When people are little they get “Veggie Tales.” By the time you’re a teenager, you listen to DC Talk. In college, you can have Jars of Clay. When you’re older, you can get a Beth Moore Bible study. There’s something for every age. It takes our regular hungers — music, magazines, community — and sanctifies them. Makes them a little more safe and a little more holy. It’s part of the show-and-tell of their culture. It marks insiders and outsiders. It helps create boundaries around the family, which is their most sacred unit. The family was how they decided they were going to win the culture wars. In the era of the decline of femininity and men who are men, they would create these safeguards around the family unit. And they did it mostly through consumer culture. It’s how they know they belong and how they identify one another.

What role does the #MeToo movement have on women’s ministries?

When women began the conference retreat ministry, they discovered almost immediately that they were the exhaust valve for all kinds of painful and traumatic stories. The story of women’s ministries from the beginning has been about grappling with abuse and what it means, especially within the confines of a complementarian family. They immediately knew their roles were therapeutic. They got that right away. It didn’t mean there were more than personal solutions to abuse. One of the most incredible turns in the #MeToo and #ChurchToo movements is that it has forced evangelicalism into having to address whether there are structural solutions rather than just individual solutions to abuse. It’s been very uneven. In part because churches are so large that if something topples the man at the top, it destroys an entire economy. It was a theological crisis meeting a congregational form that was always going to discourage disclosure.

I’ve been very concerned about whether megachurches can create institutional language to manage the crisis of authority and the deep need to create accountability. Will they report things to the police? Will they offer settlements to families? So far, we have not had great examples of churches coming to terms and thickening up that language.

You yourself are now a celebrity. Did you learn the ropes writing this book?

I learned a lot of things about how awful the marketplace can be researching this book. One is that women need institutional shelter. When women want to be pregnant or get sick they need good policies to protect them. One of the only reasons I have been able to survive a very precarious existence so far is that there are medical leave policies that support me.

If you are not beautiful and if you are not hitting the pavement, you’re nothing. The market sets a clock and you hear it tick. I’ve seen people become panicked and terrified that their life is not going to play out with the next great book. If you let the market set the pace, it will eat you alive. I’m a huge believer that institutions need to do better in creating space for female leadership and not rely on the market to provide solutions. I don’t ever plan on letting the market tell me what to write next. That is the way of madness.

Who are you trying to reach with your podcasts and book club?

The podcast demographic is more female than male. It’s typically people who are more educated than average and who don’t have a lot of options for spiritual products they feel comfortable reading. They’re curious cosmopolitans. They’re in a caring profession, like teachers or social workers or nurses. A lot of us are saddled with vocations that wear us out. That’s why the market is fun. You get to care about what drives other people’s lives and learn to serve them better. I actually believe that.

But you’re not trying to reach religious people?

We’re in a religiously nebulous culture. Most people are in that swimmy place between belief and unbelief. Almost everybody is a little bit tired, and that is a group I understand. That’s what these women taught me: If you serve audiences, you can learn. If you get dictated by audiences, you will wither.