(RNS) — On Sunday (Oct. 13), Pope Francis will canonize Cardinal John Newman, the first Englishman to be made a saint since Pope Paul VI canonized the Forty Martyrs of England and Wales, who were killed for their Catholic faith during the Protestant Reformation.

Unlike his compatriots, who endured savage execution and ignoble burial, Newman died quietly in his bed in 1890 at the advanced age of 89. Like those earlier martyrs, however, Newman courageously followed where truth led him, even when it led through ignominy and exile from everything he held dear. His countrymen appreciated him for it: Thousands lined the streets of Birmingham to watch his funeral cortege go by.

Yet Newman is not a figure who readily captures the popular imagination or easily inspires fervent devotion. Newman’s holiness is understated; his life’s work a glassy lake of extraordinary spiritual depths. In those depths, however, are the elements that make him a pivotal figure in modern church history — a man whose versatility of mind, elegant rhetoric and robust defense of both conscience and fidelity exert a profound influence on the church today.

More than 120 years after his death he inspires theologians to seek more confidently for the truth, and the church to engage modernity vigorously.

These are heady achievements that are not always easy to fully grasp, but on the occasion of his canonization, the question for Catholics is: How to make St. John Newman ours?

I can tell you how I made him mine. 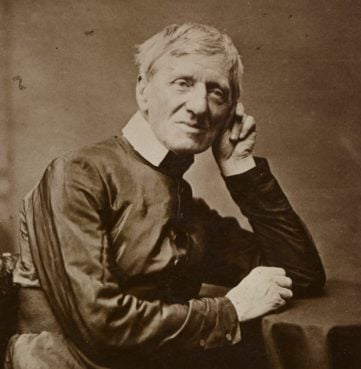 Literature was at a high water mark in Newman’s Victorian England, and the period’s classics still speak to universal human aspirations just as deeply today. My reading of Victorian literature led me eventually to Newman. He is considered a minor author — unjustly so, for his writing is luminously adorned and deeply moving, at times savage like Swift and grotesque like Dickens. His work includes poetry, novels and, most famously, his spiritual autobiography, “Apologia pro Vita Sua.” It is in this “Defense of His Life” that we can find a sure way into the very heart of Newman.

The book is a fascinating account of the movements of one of the finest and most independent of human minds in the search for truth. A convert to evangelical Christianity as a teen, he began to move away from his early Calvinist beliefs while at Oxford University. At age 24 he was ordained in the Church of England, and by the 1830s, his close reading of the early church fathers inspired him to establish a more definite doctrinal foundation for the Church of England, believing that it needed a stronger sacramental and emotional core to survive.

His writings on the future of the church, collected in a series called “Tracts for the Times,” increased his popularity and prominence as a priest but led him inexorably to the painful conclusion that would upend his life: “There are but two alternatives: the way to Rome and the way to atheism.”

His public conversion to Roman Catholicism exposed him — by then an eminence of the English church and Oxford — to accusations of scheming, untrustworthiness and most damningly, of being a secret Catholic bent on leading the students in his charge “across the Tiber.” He was banished from his beloved Oxford and rejected by family and friends. He was greeted in Rome with equal suspicion and mistrust.

Written after Newman was accused of casuistry and deceit, his “Apologia” traces, humbly and transparently, the path of his soul. We find a man who practiced what he preached: “Let us put ourselves into His hands, and not be startled though He leads us by a strange way, a mirabilis via… Let us be sure He will lead us right … ”

This is how to make Newman “ours”: to grow in admiration of his determination to be guided by God, even as this led him further and further from all the comforts of his life. 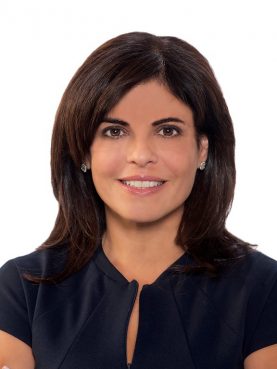 Like Newman, most of us will never be called to martyrdom. But, also like him, we are meant to use our intellect to reason our way to the moral truths that alone give life meaning and direction, that lend us higher purposes and nobler ends.

St. John Newman, pray for us that we may find them.

(Grazie Pozo Christie is a physician and is a policy adviser for The Catholic Association. The views expressed in this commentary do not necessarily represent those of Religion News Service.)