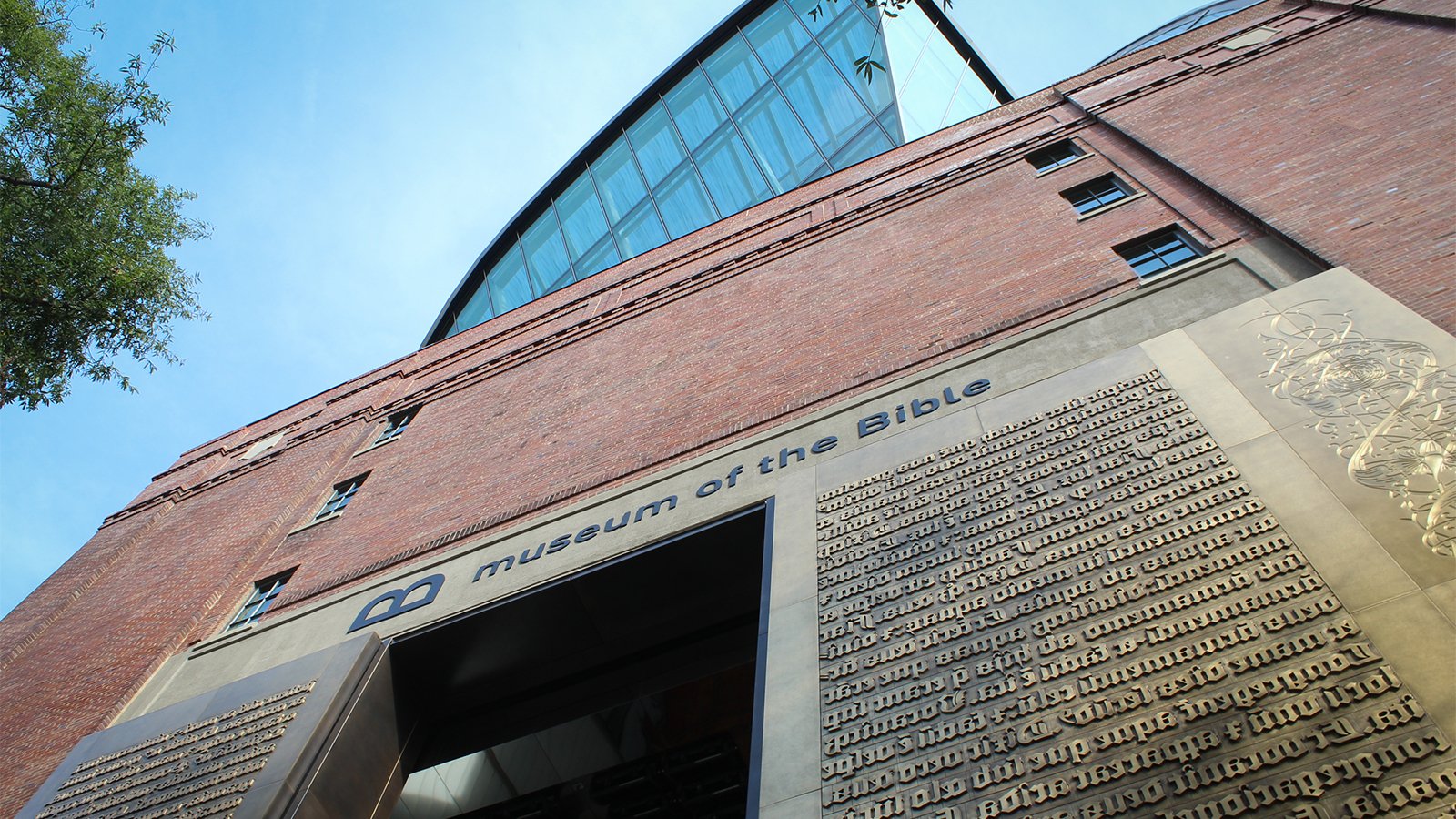 (RNS) — As many as 17 ancient Bible fragments that Hobby Lobby's owner, billionaire Steve Green, bought for the Museum of the Bible were apparently stolen by a world-renowned Oxford University professor, the museum has acknowledged.

The acknowledgment builds on a slow drip of revelations over the past two years regarding the problematic origins of many of the antiquities stored in the museum, located just south of the National Mall in Washington, D.C. The museum, which opened nearly two years ago, was created by the Green family at a cost of $500 million.

The biblical fragments belong to a British nonprofit, the Egypt Exploration Society, and were apparently sold in batches between 2010 and 2013. It was unclear Tuesday (Oct. 15) whether any charges will be filed in the case.

The fragments in question include four New Testament papyri that were bought by Hobby Lobby in 2013 from Oxford Professor Dirk Obbink but remained in the possession of the Egypt Exploration Society’s collection, where Obbink was apparently studying them. Another 11 Old and New Testament fragments Obbink sold to Hobby Lobby are in the museum's collection in Washington, along with two additional fragments that came from another antiquities dealer, the Baidun family but also belong to the society.

“We have collaborated with EES in the investigation, have shared all relevant documentation with them, and will continue to assist them in recovering other items that may have been removed without authorization from their holdings,” Jeffrey Kloha, chief curatorial officer at the Museum of the Bible, said in a statement.

The latest revelations about the origins of the Museum of the Bible holdings follow a pattern of questionably sourced antiquities.

Last year, the museum acknowledged that five Dead Sea Scroll fragments it had on display were forgeries and pulled them from a display case.

The museum also returned a medieval New Testament manuscript to the University of Athens after learning the document had been stolen. And in 2017, Hobby Lobby agreed to return nearly 4,000 artifacts to Iraq after they were found to have been looted from Iraqi archaeological sites.

“The Green family bought an enormous amount of material really, really quickly,” said Candida Moss, a biblical scholar at the University of Birmingham, England, and co-author of "Bible Nation: The United States of Hobby Lobby."

The buying spree, which began in 2009, included some 40,000 items, many of which Hobby Lobby donated to the museum it created for a tax break.

In recent years, the museum has worked to ensure that it properly reviews the provenance, or origins, of all the items in its collection.

The revelations concerning the most recent batch of fragments came about in June when the Egypt Exploration Society published a story about a late second- or early third-century fragment of the first chapter of the Gospel of Mark in its collection.

The publication was important since there are very few early copies of the New Testament and Mark is considered the earliest of the four gospels.

But researchers at the Museum of Bible thought that Mark fragment belonged to its collection and produced a contract showing that Hobby Lobby bought the fragment in 2013 from Obbink (though it did not have physical possession of the fragment). The museum declined to say how much Hobby Lobby paid for any of the fragments.

That spurred the society to investigate what else Obbink, a U.S. native who won a MacArthur Foundation “genius” grant, may also have sold to Hobby Lobby in his capacity as general editor of the Oxyrhynchus Papyri. (Oxyrhynchus, now called Al-Bahnasa, is a city in Egypt where archaeologists found a massive garbage heap with thousands of ancient biblical fragments.)

The society said it has banned Obbink from access to its collections and in a news release thanked the museum for its cooperation. Religion News Service was unable to contact Obbink for comment.

“The Board of Trustees of the MOTB has accepted the EES claim to ownership of the thirteen pieces identified to date, and is arranging to return them to the EES,” the release added.

Asked if there were possibly more pieces that Hobby Lobby bought from Obbink, Mike Holmes, director  of the Museum of the Bible Scholars’ Initiative, said there was a small chance.

“The museum made available to EES photographs of everything we have and they are comparing them to their records,” said Holmes. "They found these 13. Is it possible they might turn up a few more? It’s possible. Who knows?”

Holmes said the 13 fragments in the museum's collection were never exhibited, although a few of them were part of traveling exhibits before the museum opened.