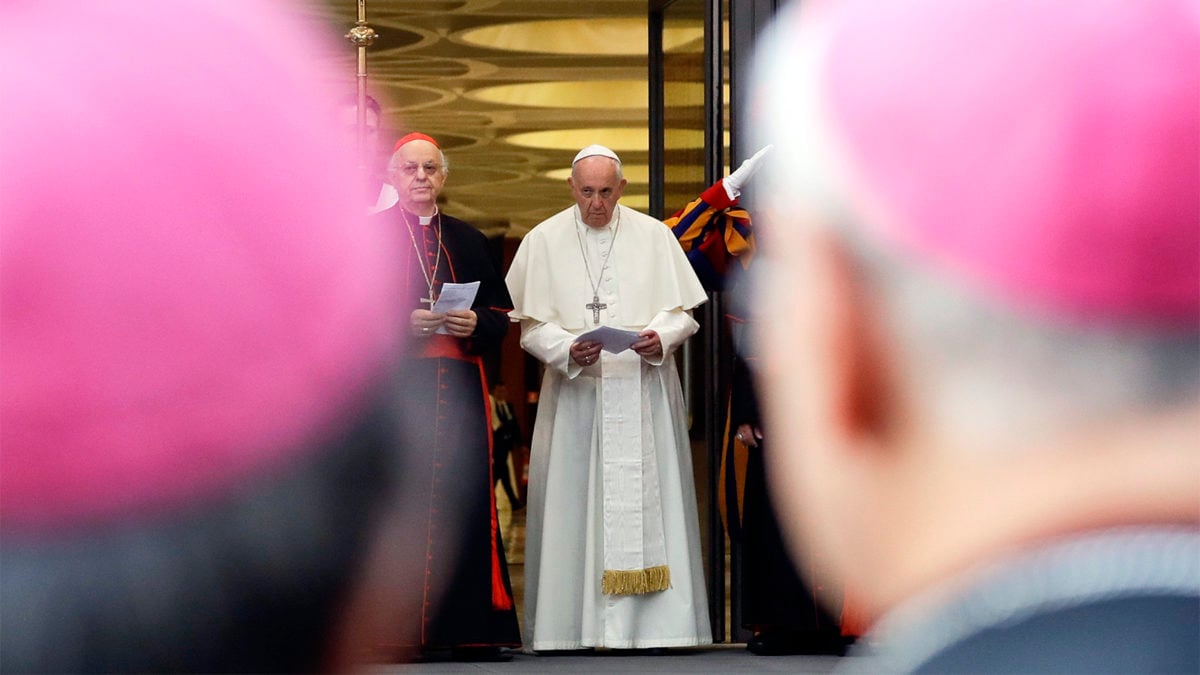 Pope Francis speaks during the opening of the Amazon synod, at the Vatican, Monday, Oct. 7, 2019. Pope Francis opened a three-week meeting on preserving the rainforest and ministering to its native people as he fended off attacks from conservatives who are opposed to his ecological agenda. (AP Photo/Andrew Medichini)
October 16, 2019
Claire Giangravé

VATICAN CITY (RNS) — Halfway into a three-week gathering of bishops at the Vatican to discuss the Amazon region, participants warned that inside divisions over ordination or inculturation risk missing the forest, so to speak, for the trees.

“In focusing only on certain themes, there is the risk of losing the broader outlook,”  said the Vatican's chief press officer, Paolo Ruffini.

"Instead the goal (is) finding a united and global vision,” he added.

His remarks were made during a briefing for the press on Wednesday (Oct. 16) as the synod on the Pan-Amazonian region was in its second week.

Under Pope Francis, synods, as meetings of bishops on a single topic are called, have garnered significant media attention, even those on topics that don't sound scintillating as advertised.

Synods on the family and on young people in the past two years have captivated global audiences with their serious discussions on the clerical sex abuse crisis and on whether to allow Communion for the divorced and remarried. The current synod has raised questions about the ordination of married men to the priesthood in order to provide the Eucharist to the vast, sparsely populated Amazon basin.

But the Rev. Giacomo Costa, secretary of the Vatican Information Commission, said the Amazon synod “cannot be reduced to small solutions and updates.”

“If we remain trapped in conflicts or details ... we will lose the sense of profound unity of the reality that is calling on us,” Costa said.

Ahead of the synod, organizers touted its narrow focus — nearly unique for a Vatican event — on a determinate reality, a specific area and identity in the Amazon. It helped that, just as the region's 185 bishops prepared to go to Rome, the world watched Amazon forests burn amid outcry from activists and denial from wealthy ranchers that they had caused the fires.

Now, some participants feel, the specific challenges faced by Amazonia's indigenous people and their habitat risk being sidelined by conversations that stray far from their survival or the ecological crisis scientists have called a tipping point. 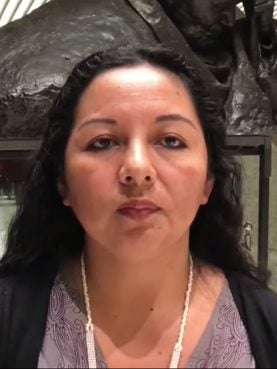 “Our grandmothers, our mothers had already warned us about this climate chaos a long time ago," said Yesica Patiachi Tayori, a language teacher from the indigenous Harakbut people in Peru, who is attending the synod. If climate change remained "invisible," she said, it's because "not one journalist reported on their protests.”

Her tribe, Patiachi Tayori said, has declined from 50,000 people to fewer than 1,000 in barely two generations, due to murder and persecution by the “caucheros,” as she referred to the rubber merchants who do business in the Amazon.

“Where is the U.N.?” Patiachi Tayori asked. “Where are the international organizations? Abuses, homicides, human trafficking, the mistreatment of women: Where can we denounce these crimes?”

She added that indigenous peoples are and forever will be “the guardians of the forest” and voiced her hope that this synod will help to “make a breach into human conscience.”

Despite her outcry, no questions about the risks her people are facing were asked by the journalists at the briefing, who instead peppered Vatican officials about priestly ordination, the role of women in the church and indigenous beliefs.

Some at the synod argued that the big-picture issue that was being ignored was not the environmental crisis, but the church's own crisis of credibility. The sexual abuse scandals of the last decades have brought charges of moral hypocrisy, while financial scandals, including one brewing even as the synod did its work, have put in question Rome's financial responsibility.

Not least, Ruffini suggested that bishops recognize the church itself is in need of “an ecological conversion” as much as those it is preaching to. “It’s not guaranteed that we will have Noah’s Ark,” he noted.

This history raises doubts about the church's standing to hold other powerful institutions accountable.

Brazilian Bishop Wellington Tadeu de Queiroz Vieira noted that in debates about ordaining viri probati, or "tested married men," to minister to isolated communities in the Amazon, nobody is asking what is behind the dwindling numbers of priests.

“I don’t think celibacy is our main problem,” he said. “It’s our incoherence, our lack of faith, the scandals, the lack of holiness which become an obstacle for young people wanting to follow this path.”