The paper, “Fanning the Flames,” was published Thursday (Oct. 31) by the Action Center on Race and the Economy’s Crescendo Project in partnership with the Public Accountability Initiative.

“Corporations with global reach in the tech, finance, and media sectors especially have reliably resourced anti-Muslim individuals and groups both domestically and internationally and have created the infrastructure for anti-Muslim messages and bigotry to spread and thrive,” the report states. 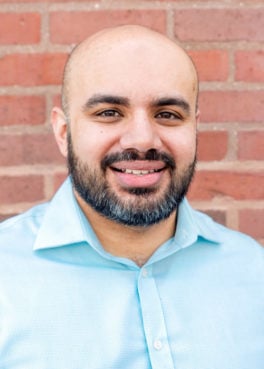 “Anti-Muslim bigotry is on the rise because corporations like Google, Amazon and Fidelity have decided they are OK with white supremacy and anti-Muslim bigotry as long as they can make money off of it,” Saqib Bhatti, ACRE’s co-executive director, told Religion News Service.

“These corporations have this line about how they give ‘equal opportunity’ to all users. Social media platforms will say, ‘Well, everyone can share what they want,’ and donor-advised funds say they allow people to give money to any nonprofit,” Bhatti said. “But these corporations weaponize the idea of neutrality, and they hide behind it. Making money off letting white supremacists organize, fundraise, recruit and strategize is not neutral. As such, these corporations all have blood on their hands.”

Researchers found that major tech platforms have not only “provided a space for unsafe actors”; their search and recommendation algorithms also enabled white supremacist and bigoted propaganda to spread further.

While the Christchurch shooter’s Facebook Live stream of his massacre was removed, platforms including Twitter, Reddit and YouTube were ineffective in removing duplicates of the video. Their algorithms, which feed users similar content and experts say has become a tool to gradually radicalize users, further ensured that more and more eyes viewed the footage.

“It is concerning that these tech platforms have not created strategies to eliminate anti-Muslim bigotry from their sites,” researchers wrote, pointing to tech companies’ 2017 cooperation in creating tools to remove ISIS propaganda from their platforms as well as their success in removing copyright-infringing material and images of child sexual abuse.

According to the report, Facebook has also refused to remove posts by lawmakers explicitly calling for the murder of Muslims, has partnered with right-wing news sites that distribute anti-Muslim content and has allowed anti-Muslim organizations to fundraise through its platform. On Amazon, customers can readily purchase books including the notorious novel “The Turner Diaries,” which experts say has inspired over a dozen hate crimes and terrorist plots, including the 1995 Oklahoma City bombing.  (ACRE previously published a report focused on how Amazon has profited from the sale of anti-Muslim, anti-Semitic and white supremacist products and facilitated the spread of these ideologies.) 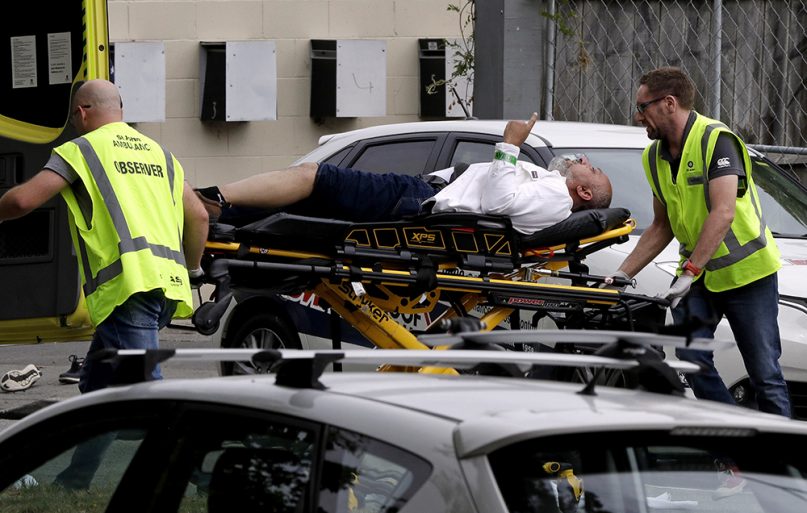 Emergency personnel move an injured man from a mosque in central Christchurch, New Zealand, on March 15, 2019, after a terrorist attack. (AP Photo/Mark Baker)

Twitter, too, has been reluctant to clamp down on white supremacist content and “has made a deliberate decision to help normalize anti-Muslim and anti-immigrant bigotry by willingly serving as (President Donald) Trump’s megaphone,” researchers said.

The 22-page report also indicted Wall Street businesses for providing “critical financial infrastructure and political cover to organizations and corporations that peddle anti-Muslim bigotry.” ACRE pinpoints financial institutions that invest hundreds of millions in gun manufacturers — including Vanguard, BlackRock, TD Bank and Wells Fargo — as well as donor-advised funds at companies like Fidelity, Charles Schwab and Goldman Sachs, which allow donors to make private, anonymous contributions to organizations of their own choosing.

The analysis corroborates a June report by the Council on American-Islamic Relations, which found that over 1,000 mainstream philanthropic foundations have unwittingly funneled almost $125 million into dozens of anti-Muslim groups from 2014 to 2016.

Sinclair, the report notes, requires all its local stations across the U.S. to run a “Terrorism Desk Alert,” which researchers say frequently conflates Islam with terrorism. iHeart Media’s radio and streaming services house a slew of talk show hosts, including Rush Limbaugh, Sean Hannity and Glenn Beck, who regularly raise anti-Muslim talking points. Limbaugh has compared Muslims to the Ku Klux Klan; Hannity has compared the Quran to “Mein Kampf.”

“We’re really trying to pierce through this idea of ‘free speech’ that corporations use to defend themselves,” Bhatti said. “Free speech applies to governments not telling people what to do. You’re still making a decision about what is and isn’t OK. All of these corporations do censor, so they’ve made the decision that they’re willing to make money off of this particular type of bigotry because they believe the profit outweighs the damage it would do to their brand.”

In June, ACRE published a report naming more than 50 U.S. corporations that it found to engage in anti-Muslim behavior or enable anti-Muslim bigotry.