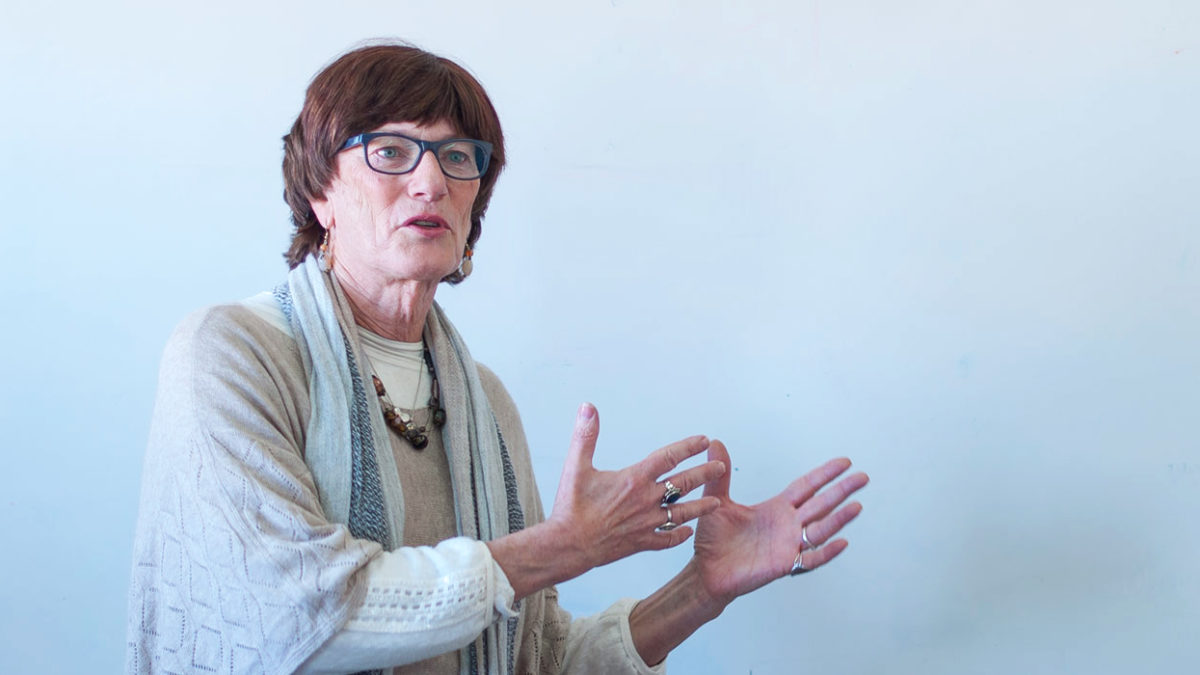 DURHAM, N.C. (RNS) — The week’s Torah reading — the story of Abraham’s call to leave his homeland and go “to the land I will show you,” is one of Yiscah Smith’s favorites.

So at a Sunday (Nov. 3) afternoon study with a group of half a dozen young Jewish adults, Smith, an educator and spiritual guide who lives in Israel and travels widely, introduced Genesis 12 with a story of her own.

During a summer break while in college, Smith boarded a plane to Frankfurt, Germany. The idea was to spend the summer on the beaches of Italy, Portugal and Greece. To that end, Smith stuffed a backpack with brochures for youth hostels and beach resorts.

“I remember getting up, taking the bag with all the brochures and walking to the bathroom and throwing it in the garbage bin,” Smith said. ‘“I heard this voice inside say, ‘You need to go to Israel.’"

That was a “Lech Lecha” moment, she said, using the Hebrew words for “go forth” — an inner rumbling that tugs at you from within and urges you to take a step into the unknown.

But she might easily have told them another "go forth" story — of her decision 30 years later to transition from male to female.

That too, she said in an interview during a five-day speaking tour in North Carolina, was a moment when an inner voice told her to take a fateful step into the unknown.

Fifteen years after that transition, Smith, a trailblazing Jewish teacher of mostly Hasidic mystical teachings, is having a moment.

A documentary about her journey, “I Was Not Born a Mistake,” premiered at the Haifa Film Festival last month and will be screened at various festivals stateside beginning with the New York Jewish Film Festival Jan. 15-28.

It tells the story of a Long Island Jew who fell in love with the mystical movement of Hasidic Judaism, married, fathered six children and worked as director of a Chabad House in Jerusalem’s Old City before coming to terms with long-simmering gender dysphoria, becoming a woman and undergoing surgery.

Now 68, Smith has also started a podcast, “Authentic Jewish Living,” and has a growing cadre of young students studying with her at the Pardes Institute of Jewish Studies, a nondenominational school in Jerusalem.

“My experience has been that the way many people learn Torah is more of an academic or cerebral exercise that does not necessarily bring one to feel God’s presence," she said.

She’s committed, she said, to teaching Jewish texts as a way to access a more spiritual Judaism — one that can help people locate the divine presence within.

Smith no longer identifies as an Orthodox Jew, even though she still dresses modestly in long, tuniclike dresses, leggings, colorful socks and a wig. Her independence may be part of her appeal.

“A lot of us grew up in a Judaism that didn’t address spiritual concerns,” said Eliana Light, a 29-year-old freelance musician and educator who invited Smith to speak to young Jewish adults in Durham. “The kind of Torah Yiscah brings is the Torah that speaks to our inner selves in a way people find compelling.”

Yaakov Smith’s transformation began in 1991 when he divorced his wife and told her he was gay. 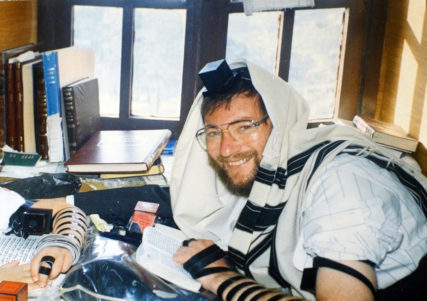 Yaakov Smith, prior to transitioning to Yiscah. Courtesy photo

It was the only way Smith knew to get out of a marriage and a life that felt like an act of deception.

As soon as word got out that Smith was gay, the Chabad-Lubavitch movement fired the popular American educator.

Alone, without a family or a job, Smith left Jerusalem and returned to the United States, ditching the faith that had circumscribed the Orthodox way of life from sunrise to sunset.

One day, sitting on a bench in Manhattan’s Bryant Park, Smith flipped through an LGBT magazine to a story about a man who had transitioned to become a woman. Smith, who had lived in relative isolation from the wider world, had never heard of such a thing, but instantly recognized that it held a key — perhaps the key — to healing a life of inner turmoil.

From the age of 5, growing up in Patchogue, New York, Smith wanted to be a girl. That knowledge, buried for so long, was suddenly allowed to emerge.

By 2001, that awakening became a second “go forth” moment. Smith heard a deep inner voice saying it was time to transition.

The gender transition was accompanied by a gradual return to Jewish faith and practice. It culminated with Smith’s decision to move back to Jerusalem — this time on her terms.

In 2011, Smith took her first step by approaching the gender-segregated Western Wall, Judaism’s holiest site, through the women’s entrance.

Settling into an apartment with a large garden in Jerusalem’s hip Nachlaot neighborhood, Smith resumed the rhythms of Jewish life: prayer, study and teaching, but this time as a nondenominational Jew and in a nondenominational yeshiva where she was welcome. She also works as a spiritual director or guide with individuals in private practice.

She is in touch with two of her children and a few of her 19 grandchildren. The others, plus her ex, have not wanted to have a relationship with her. She holds out hope they might one day. 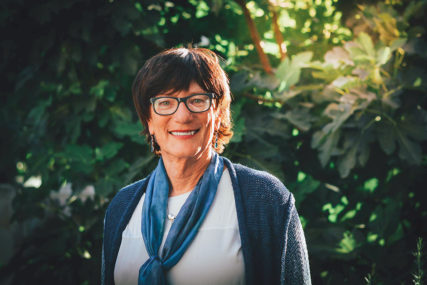 Recently, Smith took up Jewish meditation. She now begins each class with at least three minutes of silent meditation to allow participants to center themselves and begin to listen to the Shekhinah, the Hebrew word that means “God’s dwelling.”

“I’m committed to giving people a sense of hope — to redeem themselves from ‘I can’t,’ ‘I won’t,’ ‘I shouldn’t,’ and just live a life of our own experience.”

Smith wants people to find a relationship with God. For her, that God is less the Creator of the world who judges from on high and more an inner voice, one that guides and prompts people to be their true selves.

“She’s popular among people who are seeking for something more and something deeper in their Jewish practice — people who are looking to be vulnerable and see where the text and the experience of the tradition will take them,” said Blustin.

As she left Durham earlier this week, Smith was looking forward to the twice monthly Shabbat gatherings in her Jerusalem home where people sit for 20 to 30 minutes in quiet contemplation. Six months ago, this new gathering drew four people. This week she expects 25. She’ll provide a few introductory words and offer refreshments, what Jews call a kiddush, or blessing over the wine, at the end.

She might even tell her guests one of her “go forth” moments.