(RNS) — If you venture into the wilds of Twitter, you might find yourself in some of its religious subcultures. There is the wide stream of ordinary Christian Twitter, of course. There is the more unconventional realm of Witch Twitter. And then there’s Weird Christian Twitter: a loose conglomeration of mostly Roman Catholic Twitter users, with the odd High Church Anglican or Orthodox user thrown in. These Twitter users find a source of identity not merely in the Christian faith, but in its strangeness: Christianity as a conduit to a counterculture that rejects the purported atomization, alienation and consumer capitalism of contemporary secular society.

Their blend of orthodox Christian theology with a love of the weird means they tend to love liturgy, the “smells and bells” of aesthetic mysticism. They love reliquaries and stigmata, hesychastic prayer and uncreated light. They resist common contemporary understandings of sexual ethics, or the permissibility of divorce or the moral acceptability of abortion. Some resist, too, progressive understandings of gender identity or of LGBTQ relationships. Pornography should, for most denizens, be outright banned.

Plenty of them will even tweet, frequently, about the superiority of celibacy, with or without the religious life, as a higher calling than any form of romantic experience whatsoever.

Yet they are less rightwing than they are instinctively reactionary: Some are ferocious defenders of Pope Francis, others fierce critics who believe him to be an illegitimate pope. Some are otherwise politically progressive, others defiantly authoritarian.

What they share, politically and religiously, is a general post-liberal cast: a sense that classical and contemporary liberalism — and its handmaiden, secularism — have failed, not just as a political project but also as a cultural one. The “modern world” it has engendered is devoid of mystery, of sanctity, of a conception of a greater and metaphysically meaningful Good.

Influenced, as they invariably are, by the implicitly rebellious mood of “Brideshead Revisited,” Evelyn Waugh’s novel about British Catholic nobles between the world wars, Weird Christian Twitter can come across as “Brideshead” cosplay: an evocation of Old World Christian culture dressed up in ball gowns, the same way 1980’s Goth culture fed on the morbid aesthetic of late Victoriana.

But to think of Weird Christian Twitter as fashion is to overlook the precise way in which it frames its objections to secularism’s “normies.” Weird Christianity sees the mystery of faith — the root of its strangeness — not merely in reliquaries or prostrations but in the actual content of its theology: perhaps the Weirdest thing of all.

Its denizens love not simply the ethics demanded by their Christian faith but the exceptionalism of faith taken literally: the idea of a literal resurrection, say, that the Danish philosopher Søren Kierkegaard once termed (approvingly) an “offense to reason.” It is counter-cultural, and unsettling and also downright ridiculous that God became man — still weirder that such a man died and then came back. Christianity can only work, these practitioners argue, if it embraces the sheer weirdness of its theology.

That sense of reverence of the absurd is a perfect match for the contrarian tone of Twitter. But it also manifests in their real-world Christian practice, from reviving the idea that women should cover their heads in church (not with a simple scarf but a mantilla!) to celebrating a Latin Mass.

Weird Christianity may still be a relatively fringe identity, one largely consigned to Twitter and Anglo-Catholic parishes in urban areas. But it gets at the heart of a much bigger question about the future of Christianity in an increasingly fragmented, increasingly irreligious age. If Christianity is not both true and weird, why believe in it (or identify with it) at all?

If you haven’t guessed it already, I should mention one other overarching characteristic of Weird Twitter: its youth. What makes Weird Twitter weird to many in its age cohort is that Weird Twitterers are not like the 36% of young millennials (and comparable number of Gen Z-ers) who declare themselves religiously unaffiliated.

But it may be argued that Weird Christianity points to the institutional failure of other, far less weird forms of the faith. Mainline Protestantism has been in near-free fall for decades. White evangelicalism, too, is in decline — albeit more slowly — as the demographics of evangelicalism shift. Iterations of Christianity that have been too willing to accommodate the secular world have, in many cases, become subservient to them — places you go to get “good values” or “community,” no more or less ontologically meaningful than, say, a volunteering session.

Once Christianity abandons its fundamental weirdness, then there is no reason to choose to sit in a pew for an hour or two on a Sunday rather than, say, going to SoulCycle, or practicing a more immediately beneficial form of self-care.

The only Christians left, in the end, may be the Weird ones. 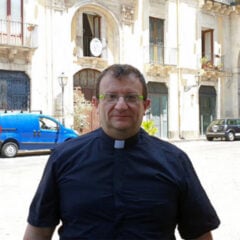