(RNS) — Darshan Singh first heard about it at the barbershop.

His barber, a Muslim man living in Nadala, India, where Singh was visiting his family for two weeks last month, told him about how the village’s rapidly growing Muslim population had to pray in shifts in order to fit in the small room they had repurposed as a prayer space.

Now he and his son, who are both Sikh, are running a crowdfunding campaign to purchase land for minority Muslims in Nadala, a Sikh-majority village in the Indian state of Punjab, to build their first mosque.

Why? It’s an interfaith act of Punjabi solidarity across borders, explained his son, 28-year-old New York City community organizer Jagpreet Singh. It also serves as a way for him to live out the Sikh concept of sarbat da bhala, a Punjabi term used in Sikh prayer meaning “welfare of all mankind,” he said. 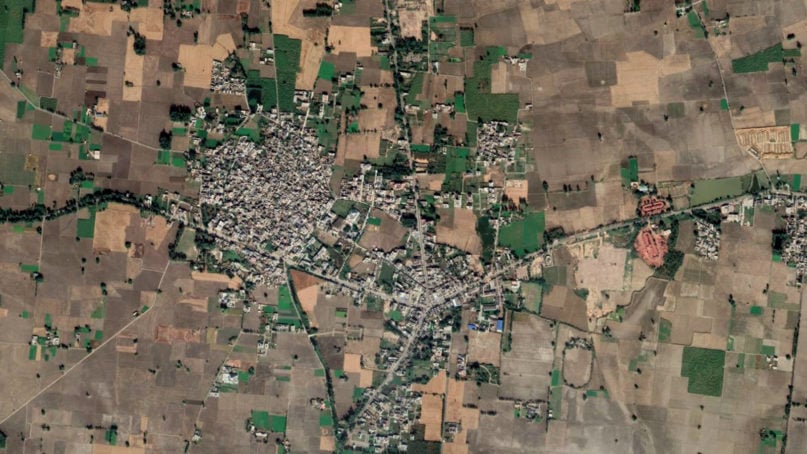 An aerial view of Nadala, a village in the state of Punjab, in northern India. Image courtesy of Google Earth

"All of our prayers end with this idea of doing work for the betterment of all of mankind and not just ourselves," he said, adding that he has helped host a Sikh-Muslim unity iftar in New York for the past three years to mark the breaking of the fast during Islam’s holy month of Ramadan. “Building this kind of solidarity with another community helps bolster my work within my own community. It’s about creating relationships that go past religion and has another connection to it, whether it’s spiritual or the local Punjabi connection.”

More than 35 donors have contributed to his GoFundMe fundraiser, launched Nov. 15, so far raising more than $1,600 of the $10,000 necessary to purchase the land. 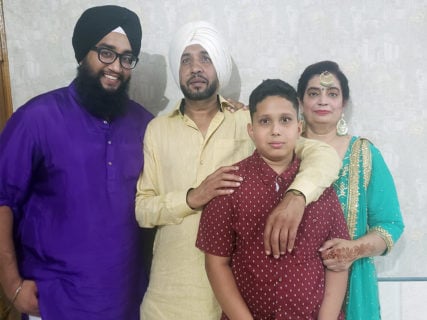 Locals estimate that 200 to 300 Muslim families now reside in the village in Indian Punjab, most of whom are working-class families, said Jagpreet Singh. The town has a church and several Sikh gurdwaras, but the village has no mosque or formal Islamic prayer space. Just a handful of Sufi shrines remain in the area.

Currently, Nadala’s Muslims hold daily congregational prayers in a small room in the back of a shop that fits about two dozen people. They pray in several rounds on Fridays when they hold congregational Jummah prayer services.

“People are excited about the prospect of donating to a cause that has an interfaith message, especially in a town that’s predominantly Sikhs in Punjab, building a masjid (mosque) for a minority community,” he said. “And they’re especially excited that we’re actually working with the community.”

After the property has been purchased, the father-son duo will return to Nadala to help construct the building alongside their family’s Muslim neighbors.

The timing of the project is especially significant, Jagpreet Singh noted.

“There's a real sense of unity between us and our Muslim brothers and sisters right now because of the Kartarpur Corridor opening, allowing us to go back to a very holy site for us in the Pakistan part of Punjab,” he said.

A historic deal was reached this month by rival neighbors India and Pakistan to open the corridor connecting Dera Baba Nanak in India's state of Punjab with the Kartarpur Gurdwara in Pakistan's Punjab province. The move allows, for the first time in five decades, Sikh pilgrims from India to visit the gurdwara where Sikhism's founder Guru Nanak is believed to have died. 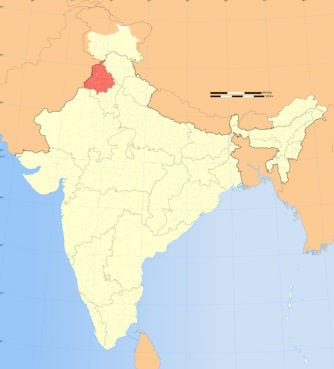 “I thought it was a great time to use that as an example of how our communities can come together to do something good and impactful, specifically around an issue we really identify with, like religion, pilgrimage and having a place to go home,” Jagpreet Singh said. “That resonated with a lot of people.”

The donations have been evenly split between Muslims and Sikhs, he said, making him “hopeful” for the communities' ability to work together.

After 200 years of British colonial rule, the partition caused what experts say may have been the largest political migration in human history, with an estimated 15 million people fleeing their homes and some 2 million killed in the ensuing interreligious violence.

The nucleus of that conflict was the region of Punjab, where Hindu, Sikh and Muslim families had lived and worked side by side for generations before it was abruptly carved in two.

Before the partition, Nadala — located in the northwest Indian state of Punjab about halfway between major cities Amritsar and Hoshiarpur — had a large Muslim community, Jagpreet Singh explained. But anxiety over the threat of violence and becoming minorities in their own country caused a majority of Nadala’s Muslims to cross the new border and head west to Muslim-majority Pakistan.

More recently, though, as anti-Muslim attitudes intensify in India, Muslim families from around the country have begun settling in Punjab to escape rising violence in many other states and to find better work opportunities. 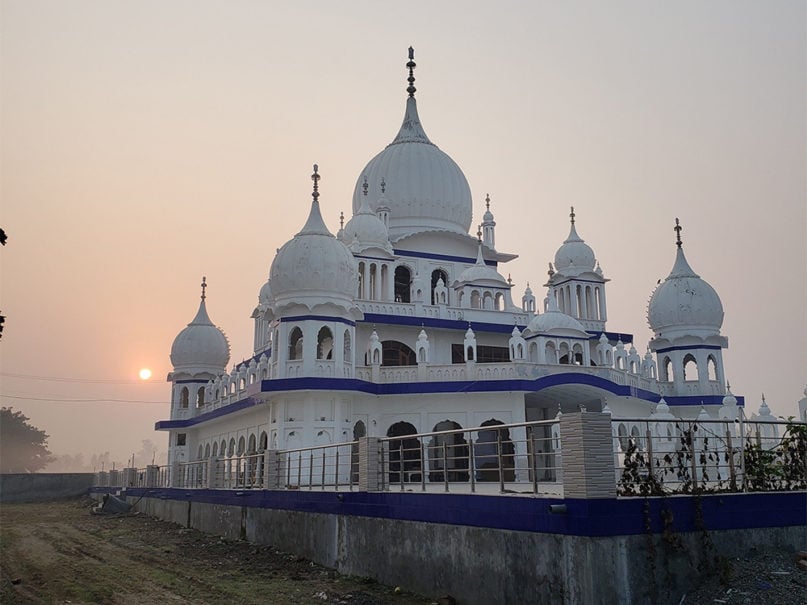 “Sacred spaces have an incredibly rich and vital legacy in South Asia,” said Sania Ahmed, a Pakistani Muslim based in New York City who donated to the campaign. “Long before they became politicized, commodified, colonized sites of violence, sacred spaces were established as natural vehicles for transcendence and union with the Divine and for recognizing the Divine in others without borders.”

Ahmad, whose family comes from the Punjab region, works with many Punjabi and Sikh families in Queens as part of her work with the New York City Commission on Human Rights.

The fundraising effort is a “simple yet profound ... testament to the Oneness that both Sikhi and Islam have sought to propagate,” she said. “This project calls upon a legacy of spiritual solidarity that is not unique to the region, but a legacy that has been lost in many ways in modern history.”