(RNS) — Earlier this summer, leaders from 12 South Asian American organizations, representing Hindus, Muslims, Buddhists, Christians, Sikhs and other traditions, convened in person and by video in a conference room in Washington, D.C.

Though we were from different faiths, different generations and even different countries, nearly everyone gathered in that room shared a single, painful history known as the Partition, when Muslim Pakistan was separated from predominantly Hindu India on the eve of Indian independence in August of 1947.

The Partition — whose 72nd anniversary is this week — was the final tear in a social fabric that had survived, though barely, 200 years of colonial rule, in which the British empire systematically pitted South Asians against one another. In the mass migration that followed, Muslim refugees fled to modern-day Pakistan and Hindus to modern-day India. Homes were pillaged and destroyed, millions of civilians were beaten or murdered, and communities were divided.

Splitting the region of Punjab, the Partition devastated South Asia’s Sikhs, whose pilgrimage routes were now interrupted by a militarized border. (These routes are now temporarily being opened to commemorate the 550th anniversary of Guru Nanak’s birth.)

This splintering of the South Asian subcontinent is also the reason the predominantly Muslim region of Kashmir, now under military occupation by Prime Minister Narendra Modi’s Hindu nationalist government, is a disputed territory today. 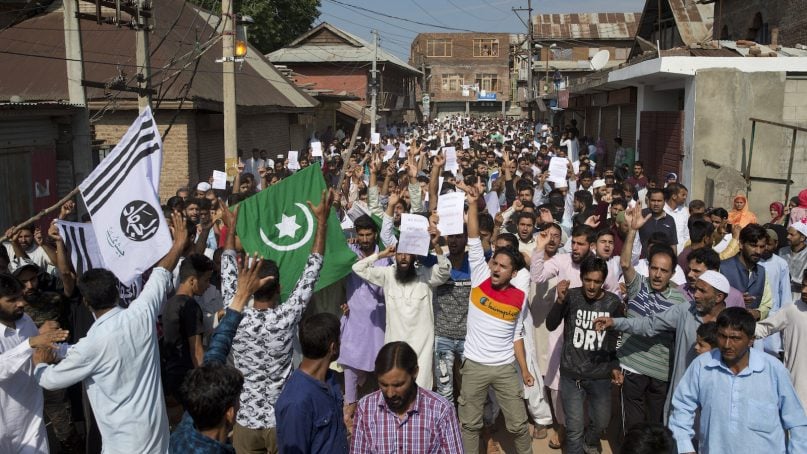 Kashmiri Muslims shout slogans during a protest after Eid prayers during a security lockdown in Srinagar, Indian-controlled Kashmir, on Aug. 12, 2019. Hundreds of worshippers gathered after the prayers and chanted “We want freedom” and “Go India, go back,” witnesses said. Officials said the protest ended peacefully. (AP Photo/ Dar Yasin)

The trauma of Partition also traveled West with our parents or grandparents, and is the basis for many of the tensions today between and among American Muslims and Hindus, as well as Sikhs, Christians, Buddhists and atheists in our communities.

South Asians in the United States have in common a more recent calamity too: Since Sept. 11, 2001, we have found ourselves caught in the crosshairs of xenophobic and Islamophobic hate. It began just days after 9/11 with the murder of Balbir Singh Sodhi and continues today in the latest wave of vandalism and arson against Muslim, Sikh and Hindu houses of worship across the country.

This racialization of Muslim identity — turning Islam into a race, instead of a faith — has forced all South Asian Americans to confront and combat anti-Muslim bigotry. It is a common cause for us all, black, brown or Muslim-passing, because we have all felt the backlash.

At the same time, South Asian Americans struggle to build a cohesive identity, largely due to prejudices we ourselves harbor against the religious Other. 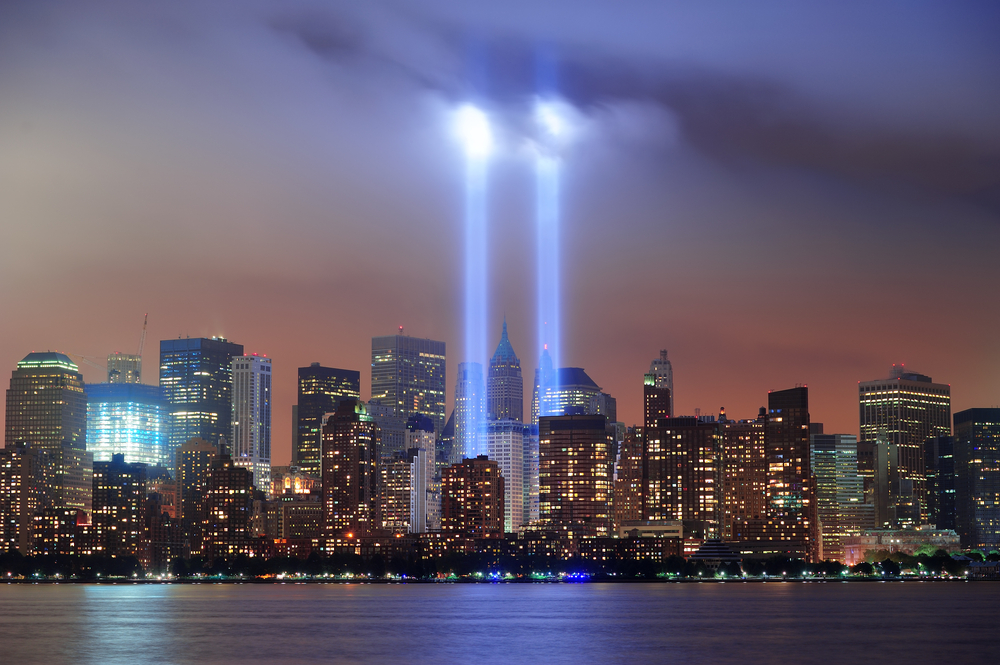 Memorial lights for 9/11 on the New York skyline. Photo courtesy of Shutterstock

As Sangay Mishra, a political scientist at Drew University, has pointed out, Indian American Hindus took pains after 9/11 to declare their identity as Hindus. In his 2016 book “Desis Divided: The Political Lives of South Asian Americans,” Mishra called this move “a very particular racial project embedded in the idea of a narrow and exclusive Hindu identity.” (This racial project, in fact, began in the 1920s with V.D. Savarkar’s ethno-nationalist Hindutva movement that regarded Hindus as an ethno-racial group separate from any religious categorization.)

Meanwhile, Mishra explains, Sikh Americans were careful not simply to parrot the “We are not Muslims” refrain — a response that would nonetheless scapegoat millions of innocent American Muslims who had no connection to terrorist activities.

But despite our awareness that we were all targeted, our reaction to 9/11 still too often broke down primarily along religious lines. Our organizations tended to work within our own faith communities, hesitant to collaborate across religious boundaries.

It’s impossible to ignore the legacy of Partition in all our attempts to salve our mutual suspicions and address today’s issues. The British were expert at strategically fostering mistrust among South Asians to promote power-grabbing, colorism and the expansion of class divides. When Partition came, it targeted communities at the margins, even as those of minority faiths — Sikhs, Christians, Buddhists and atheists — struggled to choose a home amid the upheaval. Refugees migrate in India in 1954. Photo courtesy of Creative Commons

In the decades following, relations among South Asian religious communities were repeatedly tested by the 1984 Sikh genocide, the Sri Lankan Civil War, the ongoing conflict in Kashmir and the recent rise of far-right religious nationalisms across the region.

Those same divisions are reflected today in how South Asian Americans mobilize on the issue of Islamophobia. Many who attended the D.C. roundtable said they feared alienating members of their own faith communities simply by agreeing to work across religious boundaries. One Sikh American leader noted that some community members have expressed discomfort when Sikhs work alongside groups whose work marginalizes minority communities.

These divides split the faith communities themselves. Among Hindu Americans, an ideological divide has opened up between those who support Modi, India’s prime minister and leader of the Hindu nationalist Bharatiya Janata Party, hindering organizing efforts here in the U.S.

A Hindu American leader who stands against the caste system is accused by some in his faith community of simply being “not Hindu.” Members of the Dalit community, meanwhile, are apprehensive about working with any Hindu-identifying organization. 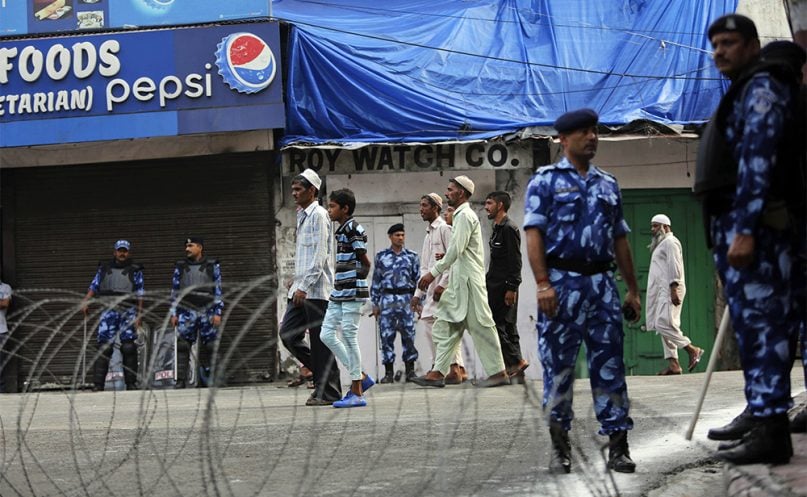 Muslims walk past Indian paramilitary soldiers after offering prayers during Eid al-Adha, or the Feast of the Sacrifice, in Jammu, India, on Aug. 12, 2019. An uneasy calm prevailed in Indian-administered Kashmir on Monday as people celebrated a major Islamic festival during a severe crackdown after India moved to strip the disputed region of its constitutional autonomy and imposed an indefinite curfew. (AP Photo/Channi Anand)

One participant expressed frustration at members of her own family in the United States openly supporting India’s Hindu nationalist movement. She said, “I feel like we’ve taken several steps backward instead of forward.”

Meanwhile, the politics of division have infected how we relate to other communities we should be reaching out to. One Muslim American leader lamented an ongoing trend among South Asian Americans of “allying ourselves in many spaces with white supremacy and respectability politics,” instead of building ties with black and Latinx communities as we have done historically in California and New York, particularly.

By the end of our meeting, our community’s past and present weighed heavily on many in the room. But as we began to piece together a vision of our collective future, voices of optimism chimed in with recommendations: Look to young people to guide the way; build a common vocabulary we can all understand and embrace; accept many histories and multiple truths.

The final (and most poignant) recommendation of the day held in tension the dynamics, internal and external, that our roundtable — and our community at large — is wrestling with: Build solidarity, compassion and capacity with South Asian American faith communities who share our commitment to combating anti-Muslim bigotry. And then, go out and do the difficult work of engaging South Asian Americans who disagree.

At face value, the idea appears simple enough. But with decades — perhaps centuries — of tension to ease and assumptions to unravel, the work is far from simple and far from over.

(Harmeet Kamboj is a fellow at America Indivisible and a graduate student at Union Theological Seminary, where she researches the intersection of interreligious engagement and political activism in U.S. communities impacted by bigotry. She tweets about her work at @harmeet_kamboj. The views expressed in this commentary do not necessarily represent those of Religion News Service.) 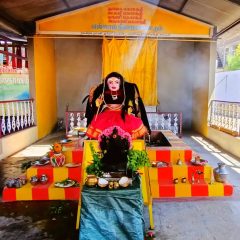 Opinion
Confessions of a reluctant Hindu