VATICAN CITY (RNS) — Pope Francis on Tuesday (Dec. 17) ushered in a new era of transparency and accountability for the Catholic Church by releasing what was described as a historic document removing pontifical secrecy for cases of sexual abuse and cover-up, allowing lawful authorities to have access to reports, testimonies and documents.

“This is an epochal decision regarding the legal arrangement of the pontifical secret, and it comes at just the right time,” said Archbishop Charles Scicluna of Malta, the former Vatican prosecutor for cases of sexual abuse, in an interview published Tuesday (Dec. 17) on Vatican News.

In February, Pope Francis called for a Vatican summit on the question of clerical sexual abuse, during which all the major ecclesial representatives, survivor networks and advocates gathered to address the ongoing crisis plaguing the Catholic Church.

On Feb. 20, roughly a dozen sexual abuse survivors from all over the world met with the top leaders at the Vatican, from U.S. Cardinal Blase Cupich to Jesuit priest Hans Zollner, who heads the Center for Child Protection at the Gregorian University in Rome.

The survivors asked the Vatican to enact practical actions to ensure justice for the many who suffered and suffer still because of clerical sexual abuse. Finally, they got their wish, on the day of Francis’ birthday and in the days leading up to Christmas. 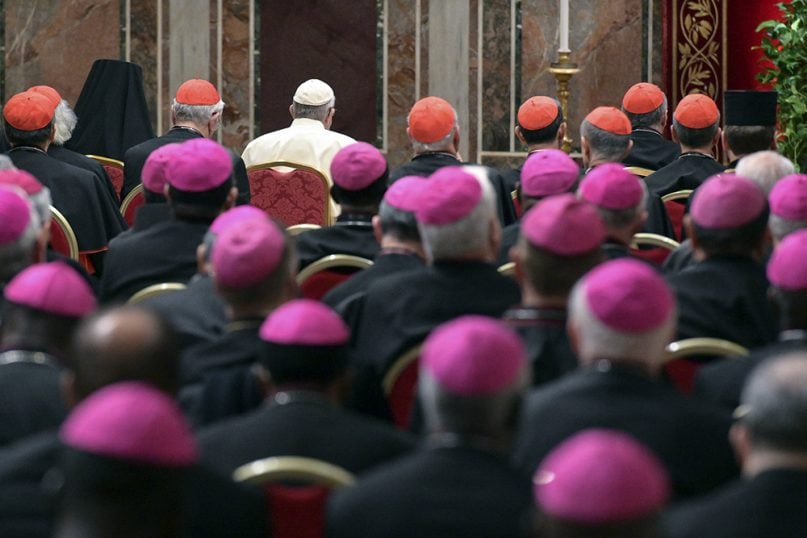 Pope Francis, background third from left, attends a penitential liturgy at the Vatican on Feb. 23, 2019, during a four-day summit on preventing clergy sexual abuse. (Vincenzo Pinto/Pool Photo Via AP)

“It’s good news,” said Francesco Zanardi, founder of the Italian survivor network Rete L’abuso who was present at the February meeting, in an interview Tuesday with Religion News Service. “There is a sense of gratitude, because (Pope Francis) did something that two popes before him were unable to do.”

The pontifical secret, the pope wrote in the five-paragraph document, will no longer apply “to accusations, trials and decisions” involving clerical sexual abuse, “actions and omissions” aimed at avoiding civil or canonical proceedings regarding clergy, and “the acquisition, possession or distribution by a cleric of pornographic images of minors under the age of eighteen, for purposes of sexual gratification, by whatever means or using whatever technology.”

According to the Rev. Fortunato Di Noto, founder of Meter, which has been monitoring and reporting pedo-pornographic material online for two decades, this document represents Francis’ “birthday present for all of us.”

“The fight against the abuse of minors is a shared commitment,” Di Noto wrote in a statement on Tuesday. “The Church is no longer holding back, but is making this epochal decision to open the records to the entire community, with effects that we’ll only understand in the long term.”

Not everyone is willing to embrace the document with enthusiasm.  According to David Clohessy, the former national director and spokesman for the Survivor’s Network of those Abused by Priests (SNAP), the latest news from the Vatican is “the same old, same old.”

“Bishops don’t conceal crimes and protect predators because Rome tells them to, bishops are complicit in abuse and cover up because it’s in their self-interest. That must be reversed,” he wrote in an email to RNS Dec. 17. “Bishops must be demoted or defrocked for endangering kids. Unless or until that happens, nothing changes.”

Clohessy suggested that a bolder move would have been for the pope to release documents or to punish a guilty prelate, instead of pretending that “a written edict will magically reverse centuries of self-serving secrecy.”

There are two important aspects of the papal document, according to a statement released by the president of the Vatican Tribunal, Giuseppe Dalla Torre.

The first concerns a change within the church itself, he wrote, where the reasoning that led Vatican legislators to originally enact the pontifical secret has given way to values “that are perceived as greater and worthy of special safeguarding.” These values range from the importance of the dignity of victims, to further transparency and pursuit of justice.

This document is part of major efforts the Vatican has undergone to clean up its house and ensure the protection of minors and vulnerable adults in the wake of the 2010 sexual abuse crisis. An important step was Francis’ edict in May, “Vos Est Lux Mundi (You are the light of the world),” which enforced the obligation for clergy to report cases of sexual abuse to church authorities, applied norms for bishop accountability and strengthened channels for listening to victim reports. 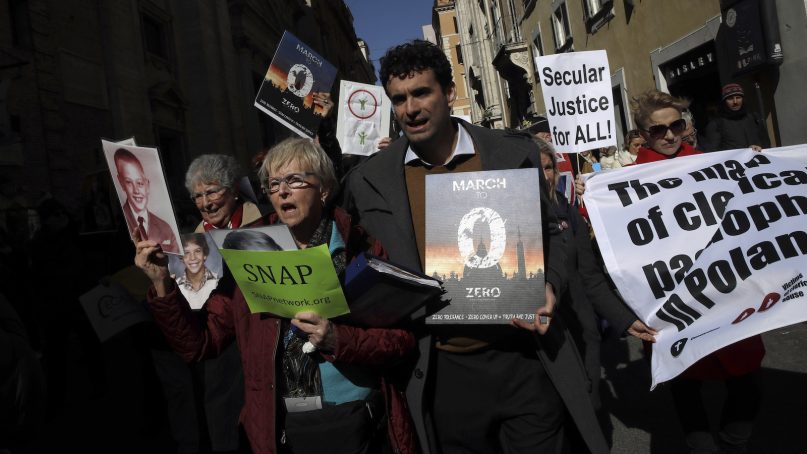 The second key element of the document, Dalla Torre wrote, is its implications for the relationship with states and institutions outside of the Vatican, since it “favors the full collaboration with civil authorities in the canonical sphere.”

This indicates a shift within the Vatican from an “attitude of diffidence and defense” toward states looking into their management of sexual abuse cases, to one of “trust and healthy collaboration.”

The ball is now in the hands of the state, said Zanardi, to demand that the church turns in previously secret documents and perhaps even enforce the obligation for clergy to report cases of abuse to civil authorities, as is already the case for minors in France and the United States.

“It’s a first step,” he said about the document, “but it’s not enough.”

Now that the laws are in, he wrote, the church must also promote the formation of a different kind of culture in regard to transparency around these issues — and make available information that underlines that “the abuse of minors is a crime,” Di Noto wrote.

He also insisted on the need to push states into action, pointing out that many countries today have no law or framework to address online pedophilia, the age of consent and official secrecy in regard to abuse.

The secrecy of the confessional is maintained in the document, which also ensures some levels of secrecy to protect the “security, integrity and confidentiality” of those involved.

Still, the importance of Pope Francis’ document cannot be underestimated, and as the Vatican’s editorial director, Andrea Tornielli, pointed out in a statement, “it would not be hazardous to define it as historical.”

“This is a sign of openness, transparency, and the willingness to collaborate with the civil authorities,” he said.