(RNS) — Each week Religion News Service presents a gallery of photos of religious expression around the world. This week’s gallery includes the feast of Saint Anthony in Spain, unrest in Iran, Pakistan and India, and more. 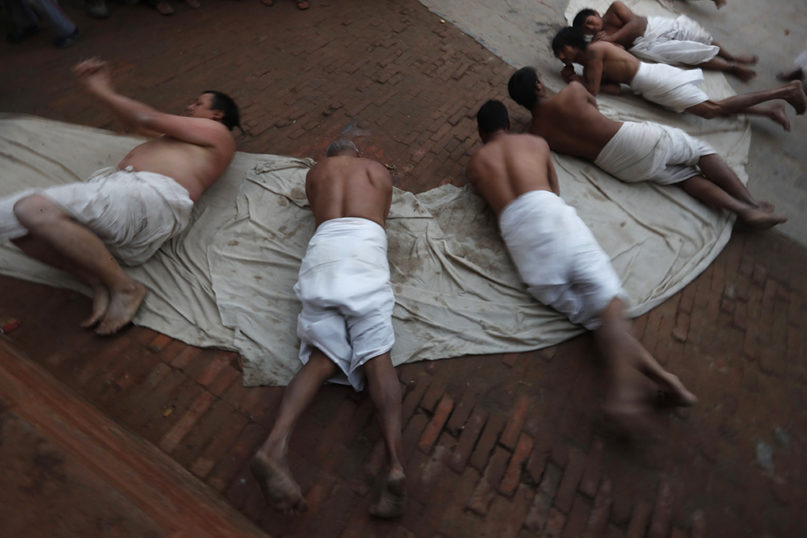 Nepalese Hindu devotees roll on the ground as part of a ritual at the Madhav Narayan festival in Bhaktapur, Nepal, Wednesday, Jan. 15, 2020. During this festival, devotees recite holy scriptures dedicated to Hindu goddess Swasthani and Lord Shiva. (AP Photo/Niranjan Shrestha) A man rides a horse through a bonfire as part of a ritual in honor of Saint Anthony the Abbot, the patron saint of domestic animals, in San Bartolome de Pinares, Spain, Thursday, Jan. 16, 2020. The tradition dates back 500 years and is meant to purify the animals with the smoke of the bonfires and protect them for the year to come. (AP Photo/Manu Fernandez) 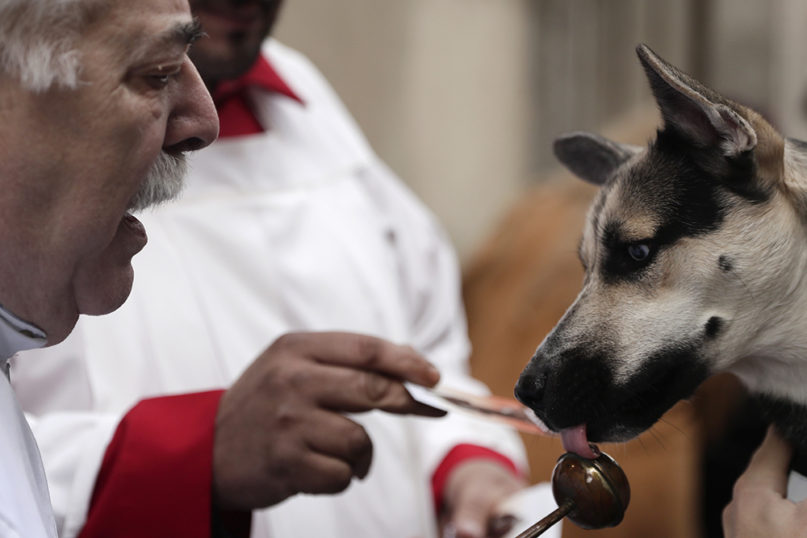 A dog licks holy water as a priest blesses it at the San Anton church during the feast of Saint Anthony, Spain's patron saint of animals, in Madrid, Spain, Friday, Jan. 17, 2020. The feast is celebrated each year in many parts of Spain and people bring their animals to churches to be blessed. (AP Photo/Manu Fernandez) 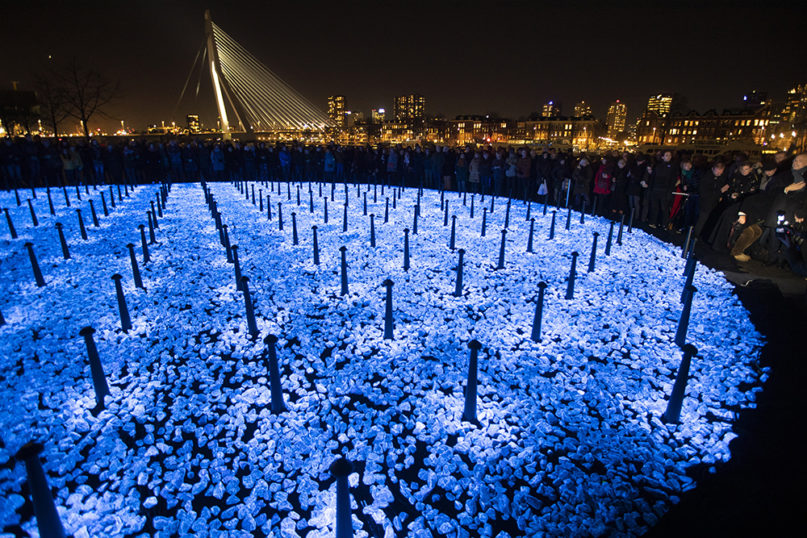 People gather at Levenslicht, or Light of Life, by artist Daan Roosegaarde, consisting of 104,000 light-emitting stones for the number of Dutch Holocaust victims at the work’s unveiling in Rotterdam, Netherlands, Thursday, Jan. 16, 2020. The ceremony marked the 75th anniversary, later this month, of the liberation of Auschwitz concentration and extermination camp. (AP Photo/Peter Dejong) 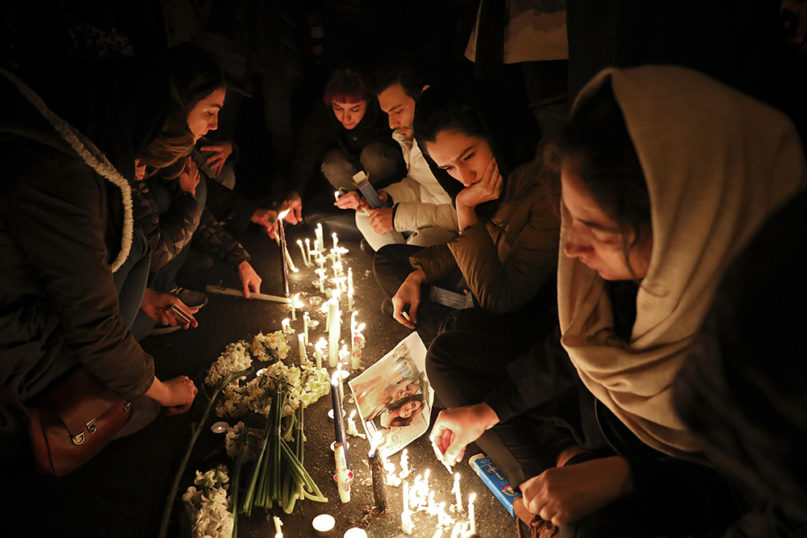 People gather for a candlelight vigil to remember the victims of the Ukraine airline plane crash, at the gate of Amri Kabir University where some of the victims of the crash attended  in Tehran, Iran, Saturday, Jan. 11, 2020. Iran on Saturday, Jan. 11, acknowledged that its armed forces "unintentionally downed the plane, killing all 176 aboard, after the government had repeatedly denied Western accusations that it was responsible. (AP Photo/Ebrahim Noroozi) 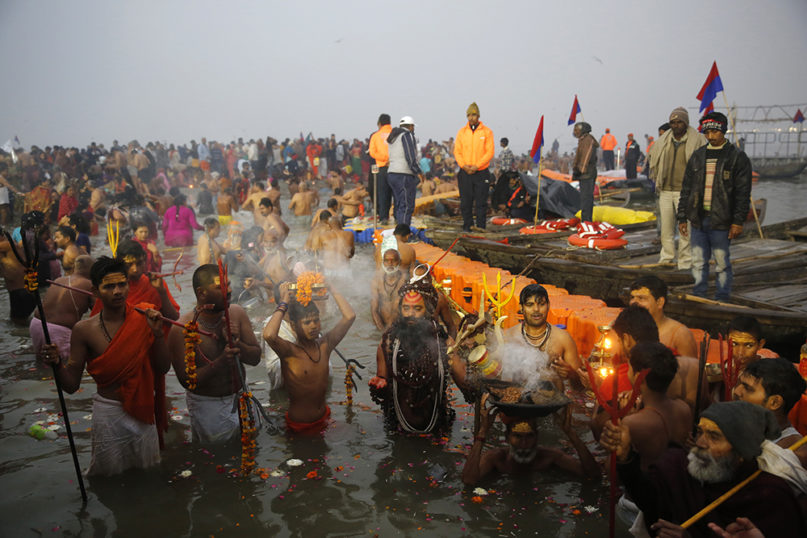 Indian Sadhus, or Hindu holy man, offers prayers after taking ritualistic dips in the Sangam, the confluence of the Ganges and Yamuna rivers, during Makar Sankranti festival in Prayagraj, India, Wednesday, Jan. 15, 2020. Hundreds of thousands of Hindu pilgrims take holy dips during Makar Sankranti, a harvest festival that marks the end of the winter solstice. (AP Photo/Rajesh Kumar Singh) 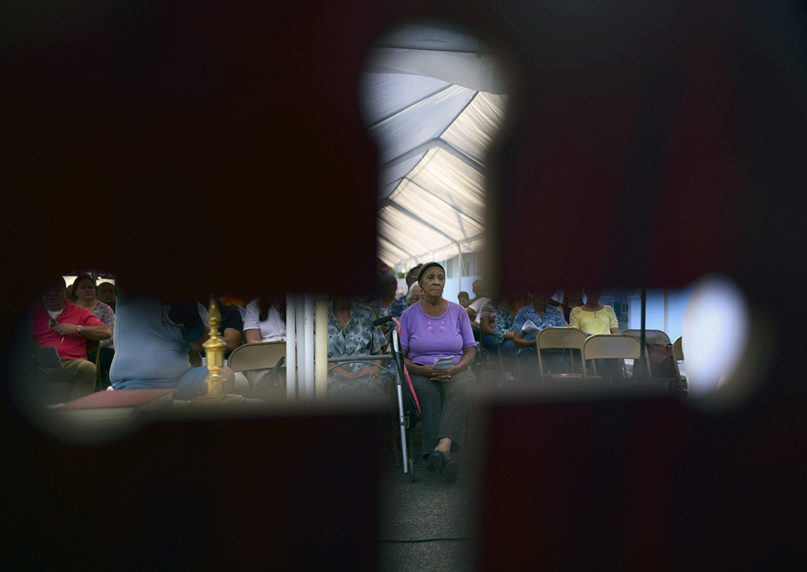 Seen through the cut-out shape of a cross on a priest's chair, a woman attends an outdoor Mass under a tent set up near the Immaculate Concepcion Catholic Church, which sustained earthquake-related damaged earlier in the week, following a magnitude 5.9 quake earlier in the day in Guanica, Puerto Rico, Saturday, Jan. 11, 2020. The morning quake caused further damage along the island’s southern coast, where previous recent quakes have toppled homes and schools. (AP Photo/Carlos Giusti) 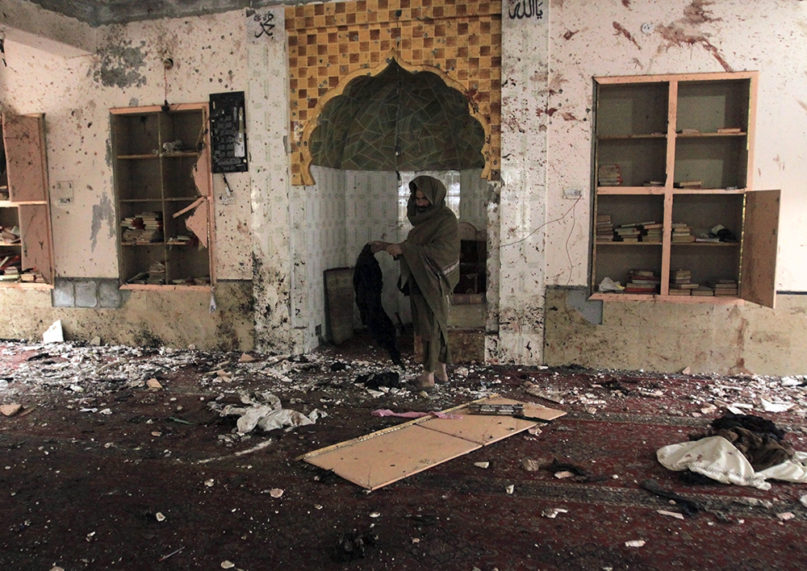 A Pakistani examines the site of Friday's bomb explosion inside a mosque in Quetta, Pakistan, Saturday, Jan. 11, 2020. A powerful explosion ripped through a mosque in Quetta, the provincial capital of Baluchistan province, during evening prayers on Friday, killing a senior police officer and several others and wounding many worshipers. (AP Photo/Arshad Butt) 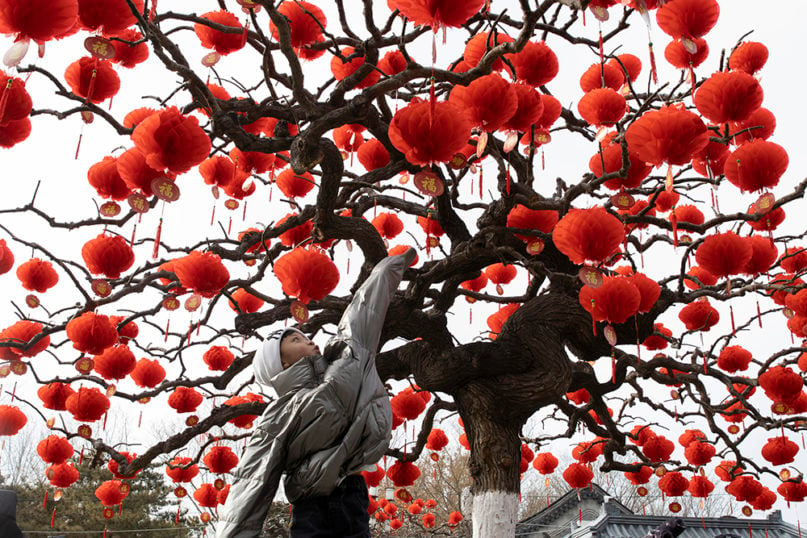 A child jumps to touch lanterns hung on a tree ahead of the Chinese Lunar New Year celebrations in Beijing on Thursday, Jan. 16, 2020. The world's largest annual migration begins this week in China with millions of Chinese traveling to their hometowns to celebrate the Lunar New Year on Jan. 25 this year, which marks the Year of the Rat on the Chinese zodiac. (AP Photo/Ng Han Guan) 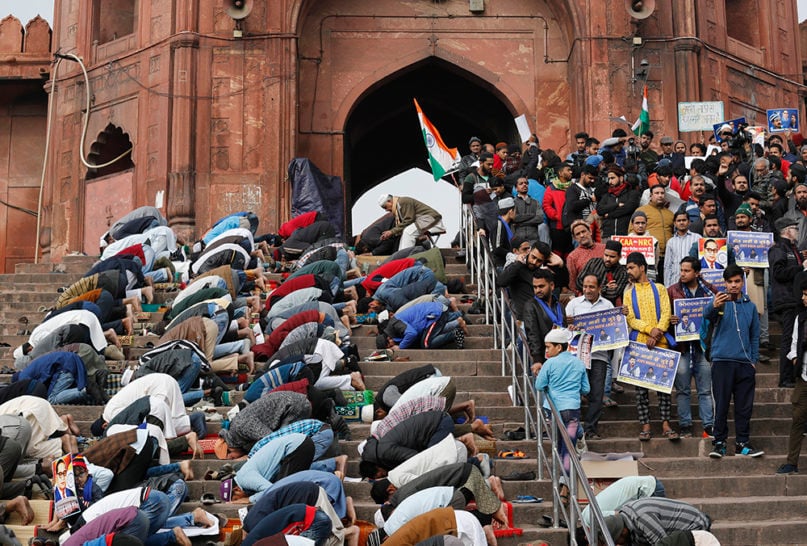 Indian Muslims, left, offer prayers as activists of the Bhim Army wait for the start of a protest against a new Citizenship Amendment Act, in New Delhi, India, Friday, Jan. 17, 2020. Protests against India's citizenship law that excludes Muslim immigrants continue in Indian cities in a show of dissent against the Hindu nationalist government of Prime Minister Narendra Modi. The protest at a 17th century mosque, Jama Masjid, was led by Chandrashekhar Azad, leader of the Bhim Army, a political party of Dalits who represent Hinduism's lowest caste. (AP Photo/Manish Swarup) 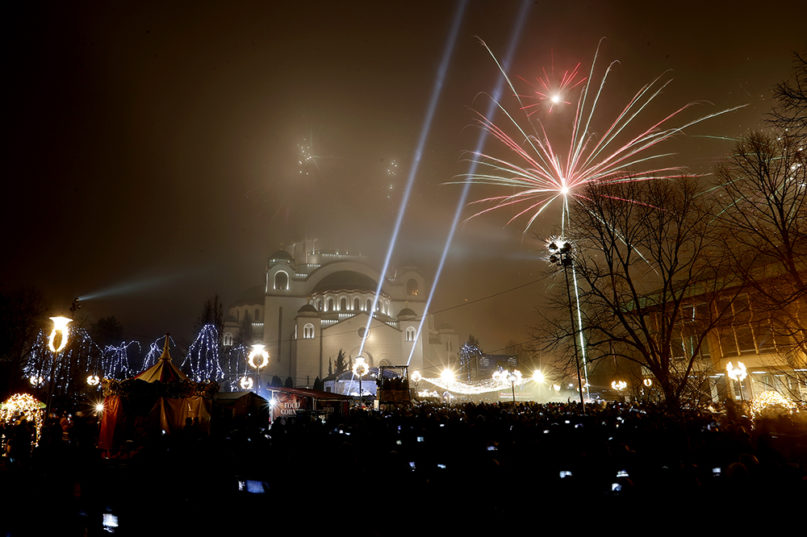