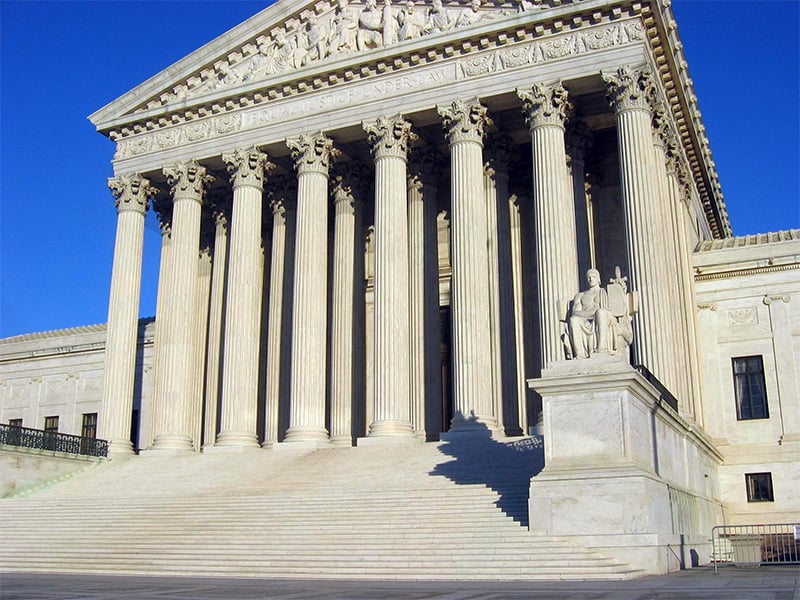 (RNS) — The U.S. Supreme Court heard oral arguments on Wednesday (Jan. 22) for a case that may put to rest decades of debate over government funding for private, religious schools.

The case, Espinoza v. Montana Department of Revenue, involves a program in Montana that provided tax breaks to people who funded scholarships for use at private schools, including religious institutions. The state's Supreme Court ruled the program violated a portion of the Montana Constitution barring the use of government money for religious purposes.

As a result, the program was shut down.

With the case now before the nation's highest court — which could overturn the lower court’s decision — several religious groups have voiced opposition to any ruling that would grant wide latitude for the government to fund religious education.

“States should not have to fund religious schools,” Holly Hollman, general counsel for the BJC, or Baptist Joint Committee for Religious Liberty, said in a statement. “Religion is treated in a unique way in constitutional law, both to avoid its establishment by government and to avoid government interference in its free exercise. This special treatment of religion stems from our country’s deep and abiding commitment to religious liberty for all.”

The BJC also filed a friend-of-the-court brief arguing that allowing for government funding of religious schools would amount to government interference and violate the “long tradition of non-interference with religion.” They were joined on the brief by the Evangelical Lutheran Church in America; the General Synod of the United Church of Christ; and the Rev. J. Herbert Nelson II, stated clerk of the General Assembly of the Presbyterian Church (U.S.A.).

Advocates for overturning the Montana court’s decision argue that the original decision amounted to discrimination against religious schools. 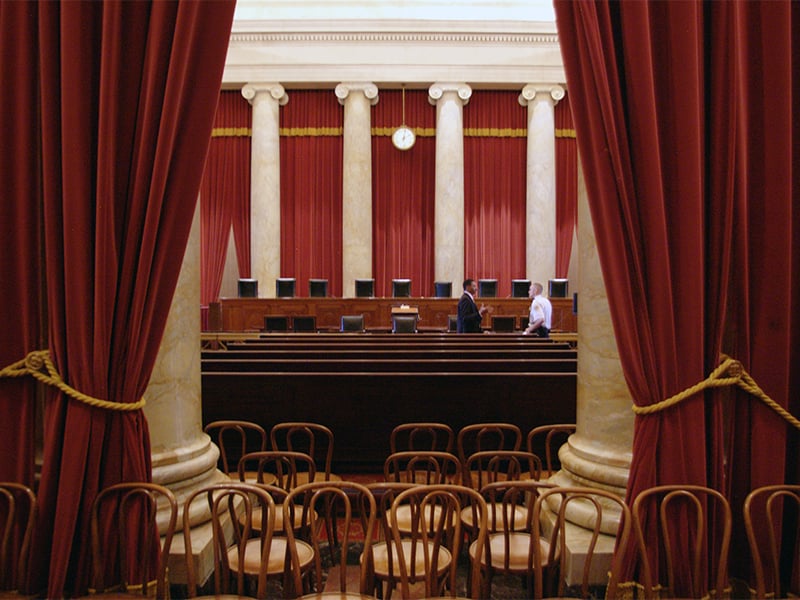 The courtroom of the U.S. Supreme Court in Washington, D.C. Photo by Mike Shoup/Creative Commons

“The Court is now being asked to decide whether governments are permitted to discriminate against religious institutions, simply because they are religious, when they partner with private agencies and schools,” said Notre Dame Law School Professor Richard W. Garnett in statement.

Garnett, who directs Notre Dame’s Program on Church, State and Society, said provisions barring government funds for religious schools, such as those in the Montana Constitution, were a product of 19th century anti-Catholicism. Those provisions are often referred to as "Blaine Amendments" because they were inspired by James G. Blaine, a 19th century speaker of the U.S. House of Representatives who proposed a constitutional amendment to bar government funds from going to religious schools, due to a fear that such funding would go to Catholic institutions.

“It would be a good thing to complete the correction of these mistakes,” said Garnett.

“They were never meant to ensure government neutrality towards religion, but were expressions of hostility toward the Catholic Church,” read the bishops' statement. “We hope that the Supreme Court will take this opportunity to bring an end to this shameful legacy.”

The U.S. Supreme Court wrestled with a similar issue in 2017, when it ruled that Missouri violated the First Amendment when it prevented religious institutions from accessing a state-funded program that made playgrounds safer. However, Chief Justice John Roberts — who, like most of the current justices on the Supreme Court, is Catholic — noted in his majority ruling that the decision was focused narrowly on the case at hand and did not apply to other "religious uses of funding or other forms of discrimination."

The Freedom From Religion Foundation filed a friend-of-the-court brief in the Montana case as well, contending that it is “not about discrimination” but “about government-compelled support of religion.”

“Every Montana citizen has the right to not be taxed to fund religion,” the brief read.