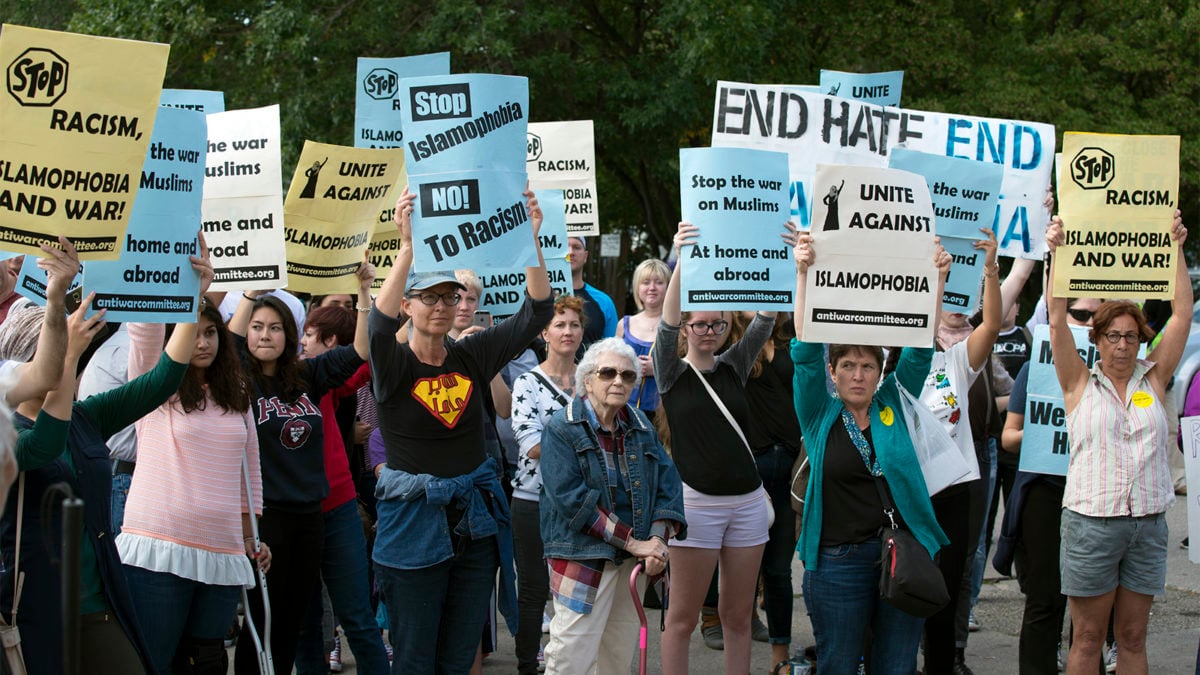 (RNS) — On a day in which pastors were encouraged to remind their flocks of the Christian duty to “welcome the stranger,” a Catholic priest in Minnesota used the opportunity to sow fear and suspicion about Muslims.

Calling Islam “the greatest threat” to Christianity and to America, the Rev. Nick VanDenBroeke argued that Muslim immigration to the United States should be curtailed.

“We do not need to pretend that everyone who seeks to enter into America should be treated the same,” he said. After news of the homily spread, the local chapter of a Muslim advocacy group called upon the Catholic Church to repudiate the priest’s remarks.

Archbishop Bernard Hebda, who leads the diocese where VanDenBroeke ministers, released a statement conveying the Catholic Church’s positive teaching on Muslims and indicating that he had spoken to the priest. VanDenBroeke then published his own brief statement: “My homily on immigration contained words that were hurtful to Muslims. I’m sorry for this.  I realize now that my comments were not fully reflective of the Catholic Church’s teaching on Islam.”

However sincere, this statement fails to acknowledge the fact that the views he expressed put Muslims at risk, nor does it indicate how the priest will seek to make amends. More than “hurtful,” VanDenBroeke’s comments were harmful, serving to drum up fear and suspicion, setting up an us-versus-them dichotomy that scapegoats Muslims and justifies discriminatory action against them.

The whole incident is reflective of a deeper problem — the discrepancy between the church’s positive official teaching on Muslims and the Islamophobia that often permeates U.S. Catholic communities and discourse.

In its 1965 “Declaration on Non-Christian Religions,” issued during the Second Vatican Council, the Catholic Church begins by declaring its high esteem and respect for Muslims. The document continues by outlining some of the many similarities Muslims share with Christians, including belief in the one, merciful God who has spoken to humanity; reverence for common figures like Jesus and Mary; and practices like regular prayer, fasting and almsgiving. It then urges Catholics and Muslims around the world to seek mutual understanding and work together to create peace and establish justice. 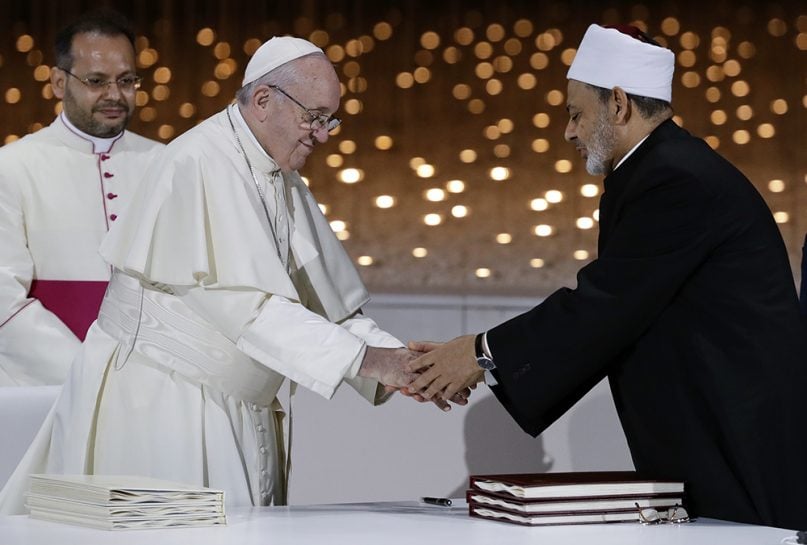 Pope Francis greets Sheikh Ahmed el-Tayeb, the grand imam of Egypt's Al-Azhar, during an interreligious meeting at the Founder's Memorial in Abu Dhabi, United Arab Emirates, on Feb. 4, 2019. Francis asserted in the first-ever papal visit to the Arabian Peninsula that religious leaders have a duty to reject all war and commit themselves to dialogue. (AP Photo/Andrew Medichini)

The most important aspect of the church’s statement about Muslims is the first line — the teaching that we are to treat Muslims with respect and hold them in high regard. In other words, as Catholics our default attitude toward Muslims is to be a positive one. This also extends to how we are to view and engage with others’ religious traditions.

“Dialogue and Proclamation,” a document published by the Vatican’s interreligious affairs council in 1991, speaks of the church’s “positive evaluation” of other religions. This does not mean compromising on the Christian gospel message, but rather that our judgment of other religions always be informed by close, personal contact with those of other faiths, as well as a recognition for the ways that these religions reflect “rays of Truth,” in the words of the Second Vatican Council’s statement on non-Christian faiths, “Nostra Aetate.”

As  VanDenBroeke noted in his apology, his remarks did not reflect this positive teaching.

But views like these are common among Catholics in the U.S. today, as I discovered while doing research with Georgetown University’s Bridge Initiative. Misconceptions about Islam and Muslims are widespread among Catholics. In some cases, Catholic institutions and media outlets actively give a platform to voices promoting prejudice and fear.

The idea that Islam is “the greatest threat” — as VanDenBroeke put it in his homily — has been promoted widely for years in Catholic publications. As I wrote in the Bridge report “Danger and Dialogue,” the description of Islam as “threat” has been one of the most consistent themes in the work of popular voices who write about Islam for Catholics, like Robert Spencer and Scott Hahn, whose publications often appear on the shelves of Catholic bookstores or in Catholic media outlets.

A nonprofit called the Turning Point Project, which supports the writing of another author, William Kilpatrick, is exclusively dedicated to “educating Catholics and other Americans about the threat from Islam.”

In 2014, the U.S. Conference of Catholic Bishops released a statement about dialogue with Muslims, noting that, “Sadly, in recent years, there has been a deliberate rejection of this call to engage in dialogue with our Muslim brothers and sisters by some in the Catholic Church and in other ecclesial families.”

But the efforts to sow fear among Catholics about Islam have often drowned out the bishops’ message. This seems to be so in part because, as we found in a national survey conducted for the Bridge report, many Catholics do not know Muslims personally, making Catholics vulnerable to rhetoric that dehumanizes Muslims.

That kind of rhetoric, unfortunately, is readily available in Catholic circles. Last year, in a video posted online, Catholic commentator Taylor Marshall said that Islam “is of the devil” and that Muslims “must convert or be wiped off the face of the earth. You can’t have civilization with Islam. Period.” His colleague Timothy Gordon agreed, comparing Muslims to “bugs.”

The widely viewed video was removed after it received attention from reporting in Sojourners magazine, but the audio is still available online and to my knowledge Marshall and Gordon have not issued an apology.

This exchange is deeply concerning, not only for the violence it advocates, but also because it is framed as an appropriate Catholic response to Muslims and depends on Catholics’ ignorance of their own faith’s positive teaching on other religions.

As this extreme case and the incident with VanDenBroeke indicate, more must be done to communicate the church’s teaching of charity and hospitality to displace the fearmongering about Muslims that often has gained traction in Catholic circles.

Fortunately, more Catholics are recognizing the extent of the problem. Inspired by the leadership of Pope Francis and St. John Paul II, many Catholic institutions and media outlets are working to address both latent and overt biases about Muslims.

This not only requires teaching Catholics of all ages about Islam and introducing them to Muslims, but, more importantly, introducing Catholics to the church’s teaching on interreligious relations and reminding them of the chief Christian commandments to offer love and respect to all.

(Jordan Denari Duffner is a Catholic scholar of Muslim-Christian relations and the author of "Finding Jesus Among Muslims." The views expressed in this commentary do not necessarily represent those of Religion News Service or the Bridge Initiative.)