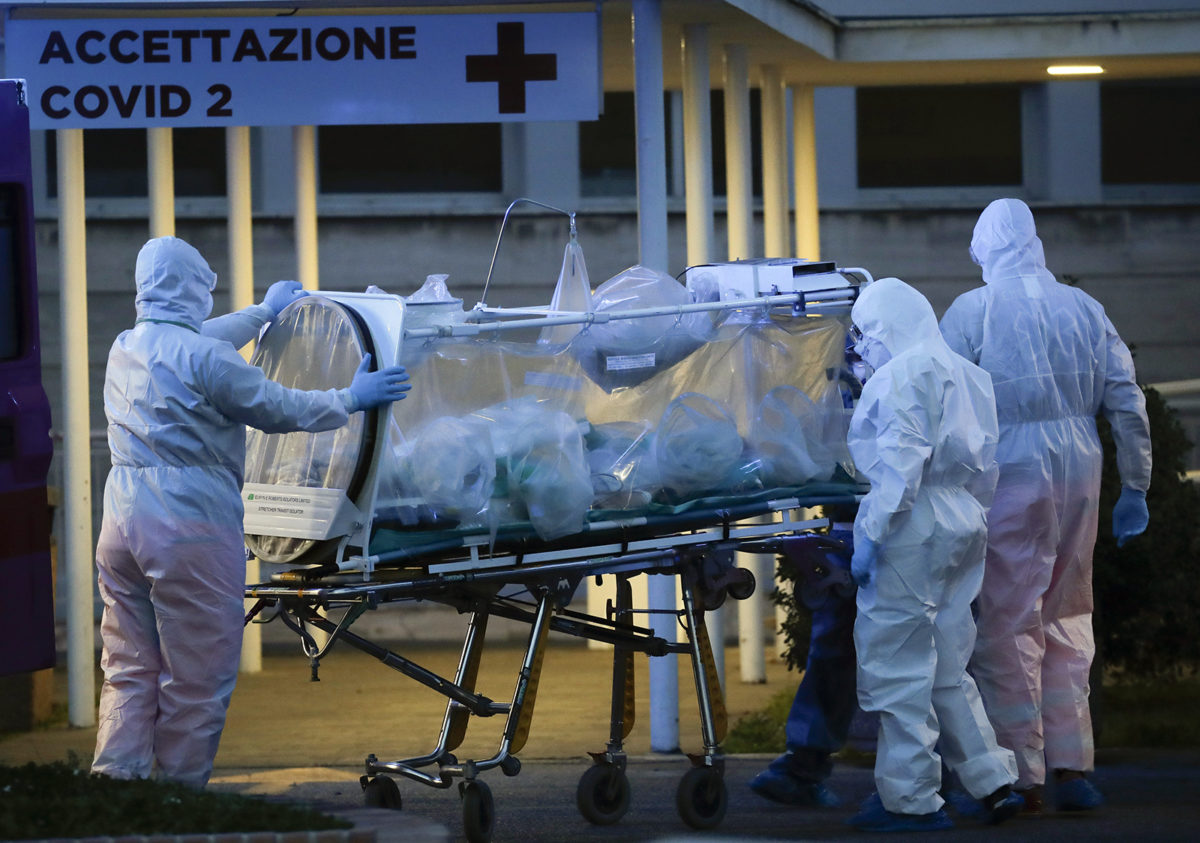 A patient in a biocontainment unit is moved on a stretcher at the Columbus Covid 2 Hospital in Rome on March 16, 2020. (AP Photo/Alessandra Tarantino)
March 24, 2020
Claire Giangravé

VATICAN CITY (RNS) — An elderly Italian priest who contracted the coronavirus reportedly offered his respirator to a younger patient and died due to the illness late on Sunday (March 22).

It’s a story that’s made headlines around the world and been shared on social media as an example of living out the teachings of Jesus.

But so far, no one can confirm that the story is true.

Neither the hospital nor a colleague from the priest’s parish could confirm the news account.

The Rev. Giuseppe Berardelli, 72, was a priest at the Parish of San Giovanni Battista in northern Italy since 2006. He died this week, one of a growing number of Italians who’ve succumbed to COVID-19.

His town, Bergamo, is among the epicenters of the pandemic, which has already claimed the lives of 6,820 people in the country and infected over 69,000 people.

“He died as a priest,” an unnamed health professional who works at the retirement home of San Giuseppe in Casnigo, the small town where Berardelli died, told the local paper Araberara.

“I am deeply moved by the fact that the archpriest of Casnigo, Don Giuseppe Berardelli — for whom the parish community had bought a respirator — gave it up of his own volition to hand it to someone younger than he,” the health professional said, according to published accounts. 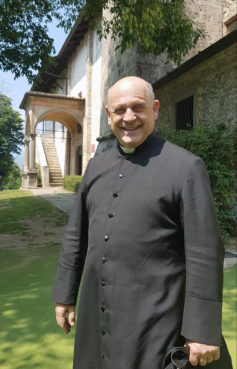 The custodian of the Arcipresbiterial church of San Giovanni Battista told Religion News Service on Tuesday that even though he can’t confirm or deny the act allegedly made by Berardelli, it wouldn’t be out of character.

“Father Giuseppe is someone who always gave his life for others,” said Giuseppe Foresti in the phone interview with RNS. “The gesture, which we don’t know for sure if he did, is a reflection of his life.

“In his everyday life, Father Giuseppe always gave everything to the community,” Foresti said, adding that the priest had a special dedication to the Sanctuary of Mary D’Erbia in Casnigo.

The Hospital of Lovere, where Berardelli died, told RNS that it didn’t have the authority to reveal personal information about its patients. The hospital neither confirmed nor denied whether the priest actually donated his respirator.

“I am not personally aware of the matter,” a spokesman from the hospital told RNS by phone Tuesday. “Even if I did, we wouldn’t share this information even with the police.”

Regardless of whether Berardelli donated his respirator or not, Berardelli is now among the over 30 priests who have died in Italy as a result of the coronavirus. Many of the priests who died were from the city of Bergamo.

“I received the news that in these days, a number of doctors and priests have died. I don’t know if there were a few nurses. They were infected … because they were serving the sick. Let’s pray for them, for their families,” Pope Francis said during his livestreamed morning Mass on Tuesday at Domus Sanctae Marthae, where he lives.

“I thank God for the example of heroism they give us in caring for the sick.”