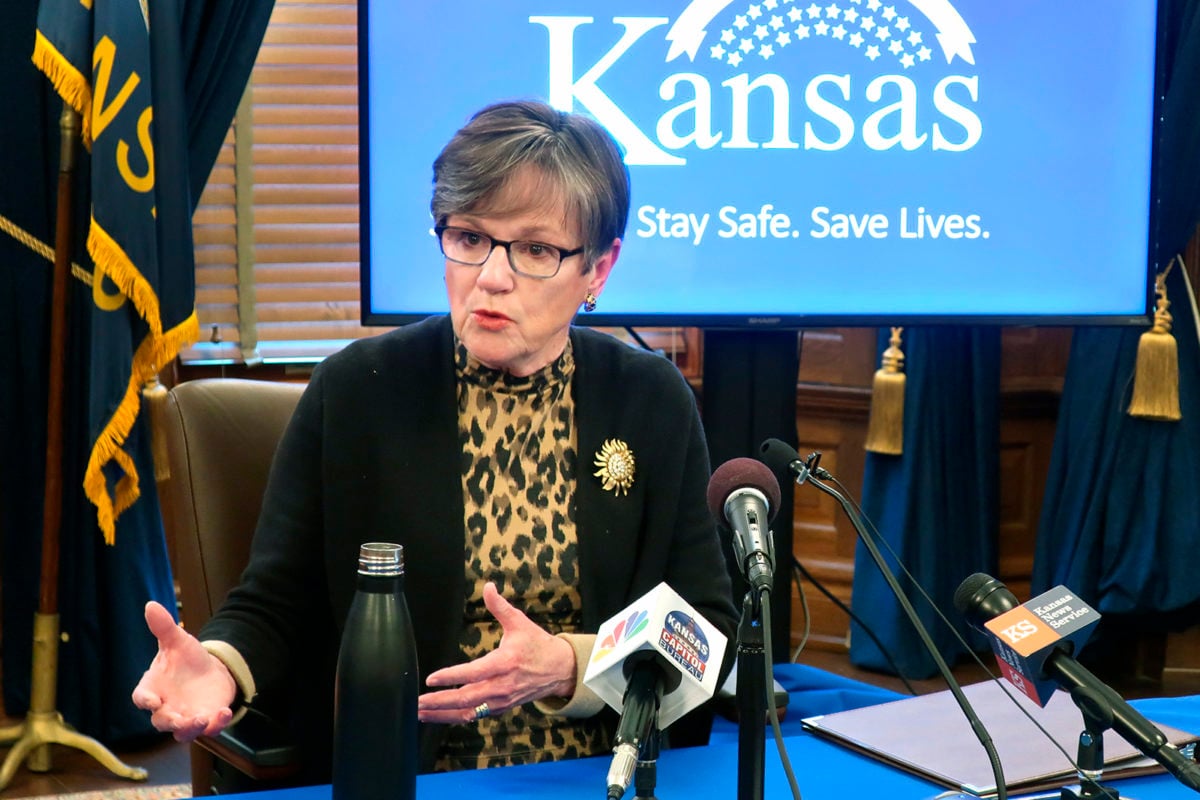 Kansas Gov. Laura Kelly answers questions about the state’s response to the coronavirus pandemic during a news conference April 15, 2020, at the Statehouse in Topeka, Kansas. Kelly has extended a statewide stay-at-home order through May 3, 2020. (AP Photo/John Hanna)
April 22, 2020
Mark Silk

(RNS) — In the latest skirmish in Kansas’ ongoing war over holding religious services, a federal judge has let a couple of small Baptist churches conduct in-person worship against the express orders of Gov. Laura Kelly, asserting that by limiting church gatherings to 10 congregants, Kelly in all likelihood violated the First Amendment’s guarantee of religious free exercise.

To understand what’s going on here, let’s quickly review the sequence of events. In mid-March, Kelly, like a lot of governors, began issuing executive orders to enforce social distancing. Kansans were told to stay home, with exceptions made to maintain an array of what were deemed essential services.

At the outset, religion was not singled out under the governor’s essential functions “framework.” Then, in a March 28 order, “Perform or attend religious or faith-based services or activities” was included as an essential service (along with legal services and the manufacture and sale of firearms) under the heading “Preserve Constitutional or Legal Rights.”

Over time, as the COVID-19 situation became increasingly serious, the orders became more restrictive. Where public and private gatherings were at first limited to 50, a March 24 order reduced the number to 10.

To be sure, that order exempted a range of activities from the 10-person rule, including food provision, medical care, child care services, airports, government operations and “Religious gatherings, as long as attendees can engage in appropriate social distancing.”

Then, on April 7, five days before Easter, a new executive order stripped religious gatherings (plus funeral and memorial services) out of the exemption list, substituting “Gathering as a family privately.” The governor explained that the risk of holding in-person services over Easter weekend was too great, even as she insisted (correctly) that such services and funerals remained essential under state law.

On April 8, the Legislative Coordinating Council — the leadership of both houses of the state Legislature — voted on behalf of the entire Legislature (which was not in session) to revoke the governor’s order because of the restriction on religious services. Then, the day before Easter, the state Supreme Court upheld the order, on the grounds that the Legislative Coordinating Council did not have the authority to take such an action. 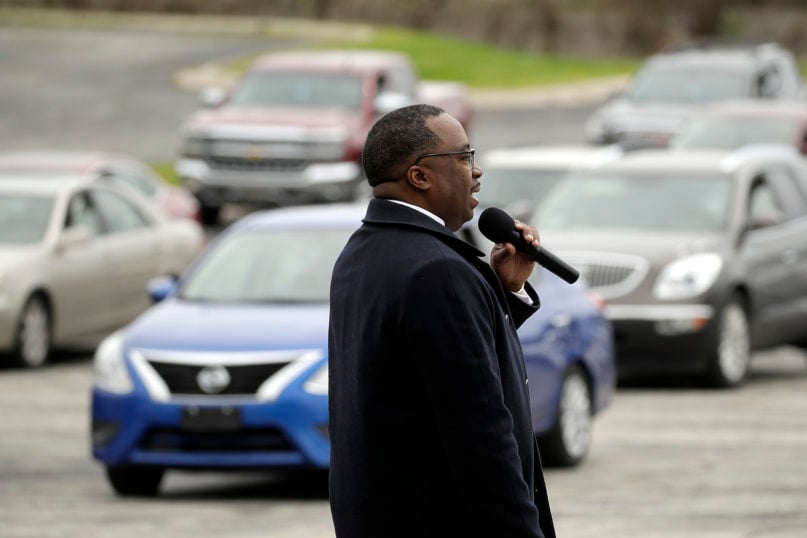 Pastor W.R. Starr II preaches during a drive-in Easter Sunday service, while churchgoers listen from their cars in the parking lot, at the Faith City Christian Center on April 12, 2020, in Kansas City, Kansas. With coronavirus prevention measures shuttering houses of worship, some pastors across the country are urging parishioners to use their cars to safely bring their communities closer together. (AP Photo/Charlie Riedel)

Did I mention that the governor is a Democrat and both houses of the Legislature are controlled by the Republicans?

All this set the stage for the Alliance Defending Freedom to bring a lawsuit on behalf of two Baptist churches that wanted to hold in-person worship, the ADF being one of the law firms that these days represents religious liberty cases around the country.

Thanks to the late Justice Antonin Scalia’s majority decision in the 1990 Smith  case, you can’t make a free exercise claim in federal court against state laws that are “neutral” and “generally applicable.” Broomes based his order on the 1993 Lukumi case, in which the Supreme Court determined that a local ordinance banning animal slaughter targeted a specific group’s religious sacrifices — i.e., the ban was neither neutral nor generally applicable.

“These provisions show that these executive orders expressly target religious gatherings on a broad scale and are, therefore, not facially neutral,” Broome declared.

This seems to me a bit of a stretch. For while it’s true that Kelly’s April 7 order departs from previous orders by singling out religious gatherings, a subsequent order issued April 17 treats restaurants and bars in a precisely parallel way — limiting the number of patrons to 10 while allowing for additional service providers.

Whether, at the end of the litigation process, the governor’s restrictions on worship ultimately prevail or not could well turn on the small details in the way her orders were rolled out. It’s worth noting that in New Mexico a federal judge refused to issue a comparable restraining order on grounds that law professor Eugene Volokh, a staunch defender of religious liberty, considered entirely acceptable.

How much difference any of this makes on the ground is open to question, and remains to be seen.

In Kansas, the state’s Catholic bishops suspended Masses on March 17, and they remain suspended. On March 16, the Episcopal bishop of Kansas canceled all services for two months and on April 8 wrote to the Legislative Coordinating Council in support of governor’s order restricting in-person religious services. Even the notoriously anti-gay Westboro Baptist Church announced that it would follow the governor’s order.

In other words, the two small Baptist churches represent a small minority report in a sea of religious acknowledgment that in-person worship is a bad idea.

But in the culture wars, it’s thought to be a good wedge issue.

Fox’s Jeanine Pirro put it this way last week: “They want to keep us away from churches and synagogues.” Not to be outdone, President Donald Trump said at his Sunday news conference, “They go after Christian churches but they don’t tend to go after mosques.”

Did I mention that Broomes is one of Trump’s appointees to the federal bench?