(RNS) — One fallout of being stuck at home during a catastrophic pandemic is time to ponder life, which in turn apparently leads people to ask serious questions about happiness. In particular: How do I get there?

For many — more than 2.2 million — the question has brought them to Yale professor Laurie Santos, the queen of an increasingly crowded discipline familiarly known as “happiness studies.”

Since April 1, more than half a million people enrolled in Santos’ online class “The Science of Well-Being,” which she has taught for two years to her students at Yale and recently made available on Coursera, an online learning platform. (The course is free for outsiders to audit, but Coursera’s certificate of completion costs $49.)

That surge pushed the number of auditors for the 10-week class past the 2 million mark, which was already wildly popular among undergraduates at Yale.

On Tuesday (April 28) Santos will take questions as part of Reddit’s “Ask Me Anything” event. Season 2 of her “The Happiness Lab” podcast launched Monday. Recently, she added a member-only Facebook page for those who have enrolled.

“The tools I teach are some of many that can be used to improve well-being during this tough time,” said Santos, a cognitive psychologist, in an email.

Many universities, including Harvard and Stanford, have been offering classes in happiness for years; the University of Pennsylvania has a graduate-degree program in positive psychology, led by Martin Seligman, a founder in the field.

Now many of the insights of happiness studies are filtering down to the masses, with an explosion of books, apps and podcasts. While Gretchen Rubin, whose 2009 book “The Happiness Project” is still a top seller, has recently become synonymous with the pop pursuit of positivity, she was preceded on the bestseller list by Jonathan Haidt’s “The Happiness Hypothesis,” which cited the teachings of “ancient wisdom,” though the original happiness bible may be the Dalai Lama’s “The Art of Happiness,” published in 1998.

It was in that year Seligman, the American Psychological Association’s new president, gave a speech recognizing the field of “positive psychology.” It arose from a concern that traditional psychology focused too much on easing suffering and not enough on well-being and flourishing. Positive psychologists develop precise scientific techniques and interventions to measure, assess and document the human condition and advance the dream of improving it.

Much of their work has been to debunk conventional wisdom about what makes us happy: a good job, lots of money, true love or the perfect body. The scientific literature suggests we think again. 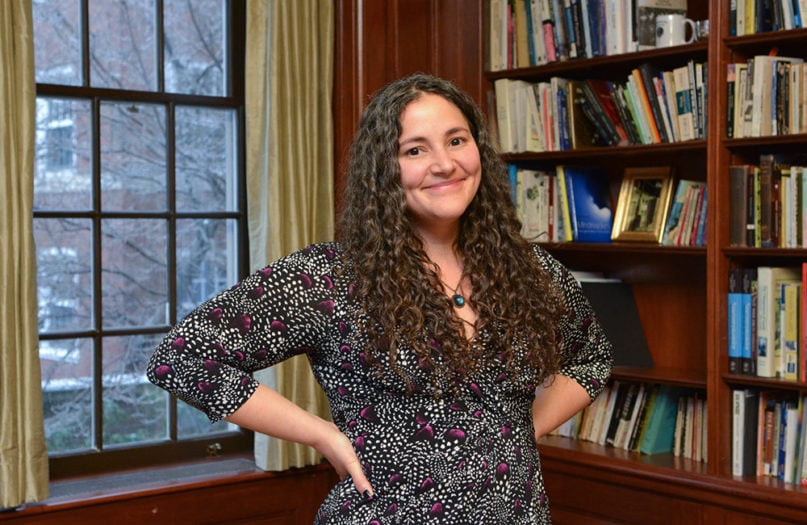 Or as Santos says in one of the classes, “Our mind’s strongest intuitions are often totally wrong.”

The problem with finding a new job or a new self is that the novelty wears off quickly, a term psychologists call “hedonic adaptation.” These things lead people to compare themselves to others, to try to keep up with the Joneses instead of measuring what actually makes them happy.

Instead, positive psychologists urge people to adopt practices that have been demonstrated to increase happiness. In homework assignments, students are asked to make a social connection, take time to savor small moments, keep a gratitude journal, or be more mindful of the present moment.

This reconfiguring of our expectations of happiness is what goes on in Santos’ online class, which consists mostly of videos of Santos in her home, pre-quarantine, with a group of students sitting nearby.  From her armchair next to a projection screen, Santos clicks through slides explaining the field’s scientific findings about people’s misconceptions about happiness and how they might retrain their brains to think more accurately about their well-being. There are no required readings; instead, Santos assigns activities to do each day to build happier habits.

The goal of personal development — as opposed to intellectual attainment — is common to many happiness courses.

“It felt like the right time as I’m winding down my last semester to say, ‘What are the habits I want to build and set a foundation for the rest of my life?’” said Billy Tabrizi, a 28-year-old Harvard Business School student who took a seven-week happiness class offered at his school earlier this spring.

Jennifer Goatseay, who lives in the small town of Lyons, New York, not far from Lake Ontario, enrolled in Santos’ Coursera class a few weeks ago for similar reasons.

“It’s more to see if I’m on track with what I’m doing,” said Goatseay, who is 46 and works in a local bank. “I’m generally a happy person. Is there something out there that I’m missing that may make me more happy?”

Those who espouse happiness habits see social distancing not as a threat to happiness, but as a good time to evaluate their approach to living well.

“It’s a huge opportunity for introspection, spiritual renewal and creativity,” said Arthur Brooks, a senior fellow at Harvard Business School who taught Tabrizi in the happiness and leadership class and has also begun a column in The Atlantic on happiness. “These opportunities don’t come along that often.”

“We need a full range of emotions and experiences,” he said.

But happiness studies can lead people to seek out meaning and purpose — a goal of working toward something bigger than the self, whether it’s religious — like faith — or secular, working toward the common good.

The irony of happiness studies, Brooks said, is that many people take the class for purely personal reasons but wind up learning that focusing on the self may not be the key to lasting happiness.

“If I live under the illusion I’m the only thing that matters, which is very easy to do,” Brooks said, “I become anxious and unhappy.”

Retraining the brain to think more broadly is the key to the class.

“This stuff is cool,” he said. “It’s serious and it matters.” 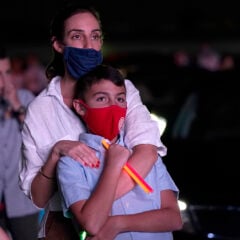 News
Synagogues hoped to be in person this year. Now they’re not so sure.
Follow us on Facebook!
Submit your photos to RNS