(RNS) — When Henry Fuchs acquired a Torah scroll from the Hungarian synagogue he belonged to as a child, it came with two conditions.

First, that the scroll, painstakingly written in ink on parchment, be used regularly in services at Fuchs’ synagogue in North Carolina, where he now lives. And second, that his congregation recite the Mourner’s Kaddish or prayer for the dead once a year in memory of the 1,000 Hungarian Jews of Tokaj. In May 1944, the town’s Jews were marched into cattle cars and sent to Auschwitz.

Fuchs, a professor of computer science at the University of North Carolina at Chapel Hill, has honored those two conditions. Since the scroll came into his possession 18 years ago, it has been housed inside the ark at his place of worship, the Kehillah Synagogue in Chapel Hill, where it is part of a rotation of the congregation’s four Torah scrolls. The Tokaj Torah lies on a table at Henry Fuchs’ home, while members of the Kehillah Synagogue watch via an online Zoom meeting, on April 25, 2020. Video screenshot by Yonat Shimron

But since the coronavirus pandemic began, the scroll has taken on a starring role on Zoom.

Every Saturday, when Kehillah members gather online for services, one of the Zoom video screens shows the Tokaj Torah scroll, which resides for the duration of the lockdown in Fuchs’ home office. When it comes time to read the weekly Torah portion, Fuchs lays it out on a table and unfurls it to the allotted chapter and verse, as the rabbi or one of the congregants reads from it and everyone else watches online.

“After all these years of gathering dust in this little chapel (in Tokaj), it’s now being used and appreciated,” said Fuchs, 72.

The Torah, Judaism’s central religious text and the backbone of all later Jewish law and commentary, is the faith’s holiest religious object. The scroll must be written by hand with a quill — a process that takes at least a year. It often weighs more than 20 pounds. Jews rise to honor it whenever it is opened.

At a time when people across the world are dying to a virulent virus, the Hungarian scroll, a testament to the human toll of the Holocaust, “reminds us of our own resilience and all the situations Jews have been through through the ages,” said Rabbi Jen Feldman, the congregation’s leader. “It gives us strength right now.” 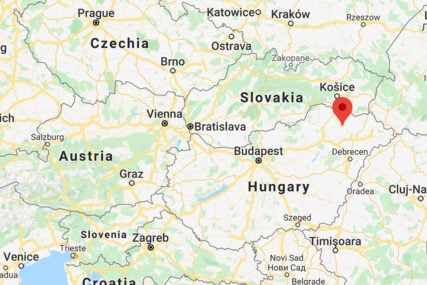 That, perhaps, was the intention behind the two conditions  given by the Jews of Tokaj.

For years, the scroll, which was completed in the 1890s, lay dormant.

Fuchs thinks it may have been commissioned for the opening of the synagogue in 1895. The grand, three-story building with arched windows crowned with a Star of David was the largest in town.

Jews were drawn to Tokaj for its winemaking. The town’s syrupy, amber-tinted wine was beloved in the courts of European royalty. But after two centuries of prosperity, the fate of its Jewish population collapsed with the rise of Nazism. By 1944, the town’s Jews were deported to a ghetto and from there to Auschwitz.

About 800, including Fuchs’ maternal grandparents, were gassed almost as soon as they arrived.

Those who returned to Tokaj after the war, including Fuchs’ parents, found the town’s synagogue in shambles. The Torahs — stowed for safekeeping in the basement of the town’s Orthodox Christian priest — survived, but little else did.

The decimated ranks of Tokaj’s Jews held services in a small chapel, while the main building was chopped into apartments.

During the Hungarian Revolution of 1956, the Fuchses, then a family of four, fled for the United States. 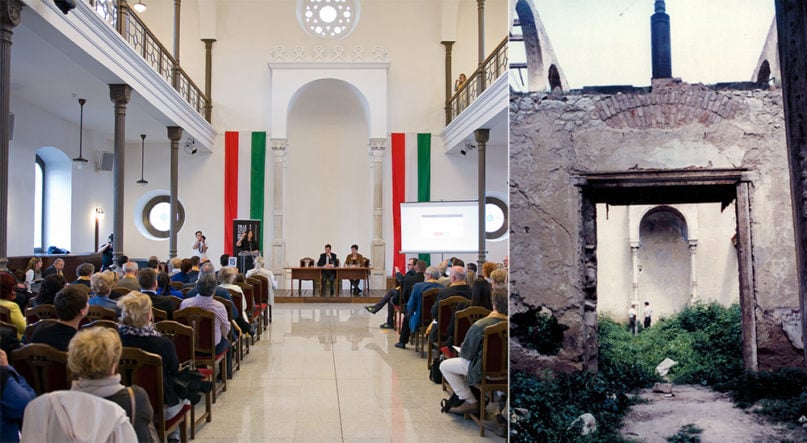 On a return visit to Tokaj in 1989, the family found the synagogue’s ark empty. Two years earlier, someone had tried to break into the chapel and the handful of remaining Jews decided the building was no longer safe. They weren’t meeting anyway — there were not enough Jews to form a minyan, or quorum of 10 required for public worship.

“There was such a sad feeling that this was the end of the line for the Jews of Tokaj,” Fuchs said.

Several of the scrolls eventually made their way to an Orthodox Jewish synagogue in the southern Israeli town of Beer Sheva, where they were repaired and refurbished. Fuchs, who had followed their migration, eventually convinced the Israeli synagogue that as one of the few remaining Jews of Tokaj, he should have one.

It arrived in North Carolina in 2002, just in time for Fuchs’ son’s bar mitzvah.

In the years that followed, the Kehillah synagogue honored the Tokaj Torah, especially on the Jewish holiday of Shavuot, also known as the Festival of Weeks. In keeping with Hungarian tradition, congregants wove flower garlands and crowned the two posts of the Torah. They then recited the Mourner’s Prayer for the Jews of Tokaj who were killed on the second day of the holiday. 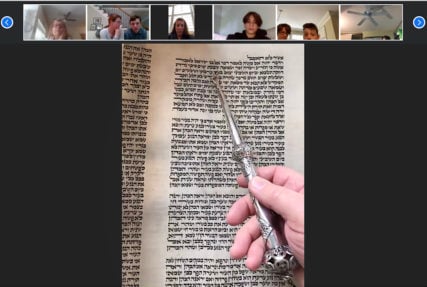 In March, when the coronavirus began to spread and houses of worship canceled in-person services, Fuchs’ congregation considered how to move to virtual services. Feldman suggested she drive to the synagogue each Shabbat and read from one of the congregation’s four Torah scrolls while members follow along on their computers from home.

Fuchs had another idea. He could take the Tokaj Torah scroll to his house and open it to that week’s Torah portion for all to see on Zoom.

In the weeks that followed, he did just that — linking his American congregation even more closely to the Hungarian one that no longer existed.

At a time when Jews can no longer gather in person for services, this artifact of another time is uniting them.

On a recent Saturday, two boys marking their bar mitzvah read from the scroll as it appeared in the Zoom window online. Fuchs, using a “yad,” or silver Torah pointer, led the way. Seventy-five Zoom screens followed along. Feldman, the rabbi, orchestrated the service from her office.

“It’s palpable to me how we were all held together by Torah,” she said. “We’re being brought together through Torah.”