VATICAN CITY (RNS) — As countries around the world slowly begin to reduce social distancing restrictions, the need for a vaccine against the COVID-19 disease becomes increasingly urgent. One Canadian Catholic archbishop has decided to make a financial contribution to a lab that is working to find a preventive cure.

“This is a time when listening to health officials and medical experts is our Christian responsibility to care for the common good,” Archbishop J. Michael Miller of the Archdiocese of Vancouver, Canada, told the news outlet of his diocese in an article published April 27.

“May the search for COVID-19 solutions also be a moment of solidarity, of collaboration, and of growing together as a visible sign to the world of the healing and reconciliation so needed right now,” he said.

Miller has chosen to financially support a research facility looking for a coronavirus vaccine, led by the immunologist Wilfred Jefferies at the Michael Smith Laboratories of the University of British Columbia.

Jefferies has almost 30 years of experience in vaccines and previously worked on bettering the efficacy of vaccines against other diseases, such as Influenzas and Smallpox. He was also part of the scientific team that addressed CoV-SARS from 2002 to 2004.

In February, his laboratory began working to create a vaccine to fend off the coronavirus pandemic.

According to the immunologist, the archdiocese views the contribution “as a mission for the community in general that is separate from corporate entities developing the vaccine,” in a phone interview with Religion News Service on Friday (May 8).

Jefferies painted a complex picture of the intricate politics of developing a vaccine, a field that he said is dominated by large corporations and a few public facilities that have a sizable stake.

“I think there is a reason to fund vaccine development at universities rather than through a corporate process,” he said. “You can see the politics already out there regarding who is going to get the first vaccines.” 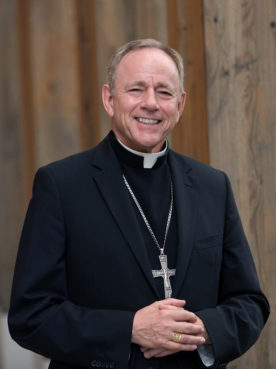 Some countries, such as the United States and the United Kingdom, are rushing to find a viable vaccine, generating some ethical concerns for the safety and efficacy of the final product, as well as its distribution to those in need globally.

“I have assured donors, including the archdiocese, that this is not just a Canadian vaccine. There’s no real pressure or anticipation that the vaccine we are making is only going to be distributed in Canada,” Jefferies said.

“You know that Canadians in general are great at sharing things,” he added.

Jefferies also voiced his concern that some laboratories, in the rush to find a preventive cure to the global pandemic, are skipping preclinical trials and beginning tests on low-risk populations. “If a vaccine cannot perform in a preclinical model, it has virtually no chance of performing in people,” he said.

He is also concerned that the tests are being performed on young people who statistically are less vulnerable to the coronavirus, which raises concerns about the success of the vaccine with sections of the population that are older and more likely to get sick.

“It’s not clear to me that it’s ethical to directly enter clinical trials in patients without testing toxicity in clinical models before that,” Jefferies said, stating it’s important to ensure the vaccine is tested to avoid toxicity and side effects, which “create a greater risk of failure.”

The team at the University of British Columbia is manufacturing a possible vaccine that can be distributed in very low doses, without the use of toxic products — such as formaldehyde and mercury, which are usually used to stabilize vaccines — and without animal or fetal products.

“I rely on the scientific data we have generated that is teaching us the vaccine approach we are using are likely to be superior than the current ones being tested in the other centers,” Jefferies said.

Despite the need to ensure the vaccine is safe and effective, Jefferies recognizes that “the world needs a vaccine and we have to do it as quickly as possible.” Though he said it’s difficult to make a precise estimate of when a safe vaccine may be available, it will likely be a year before it can be distributed globally.

Until then, the immunologist advises caution even as countries begin to ease the restrictions put in place to prevent contagion. Attempting to get back to pre-coronavirus lifestyles too quickly is “worrying” and “not logical,” he said.

“In the pandemic, every patient is patient zero for infectivity,” he said. “The issue is that as long as the virus is present in your country or your community, then the recipe exists for a new wave of infectivity. Allowing people to stop distancing or stop staying at home is probably a formula for additional rise of infection.”