(RNS) — Popular Christian evangelist and apologist Ravi Zacharias died Tuesday morning (May 19) at age 74, a few months after being diagnosed with cancer.

Zacharias rose to prominence in 1983 when he was invited by Billy Graham to speak at the inaugural International Conference for Itinerant Evangelists in Amsterdam, according to an obituary published by the ministry Zacharias founded.

In his message, he pleaded with Christians not to try to “humiliate” those with different worldviews.

“When you are trying to reach someone, please be sensitive to what he holds valuable,” he said.

Zacharias went on to found his apologetics ministry, Ravi Zacharias International Ministries, on that idea. It would grow to include not just himself, but nearly 100 Christian evangelists and apologists around the world who continue to speak, train others and endeavor to answer the same questions Zacharias had about Christianity and the existence of God.

RZIM President Michael Ramsden said in a written statement Tuesday that Zacharias “saw the objections and questions of others not as something to be rebuffed, but as a cry of the heart that had to be answered.”

“People weren’t logical problems waiting to be solved; they were people who needed the person of Christ. Those who knew (Zacharias) well will remember him first for his kindness, gentleness, and generosity of spirit. The love and kindness he had come to know in and through Jesus Christ was the same love he wanted to share with all he met.” 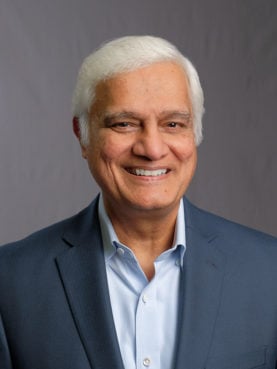 Among those Zacharias impacted were a number of prominent evangelical Christians, who shared their appreciation for the apologist as news spread earlier this month he had returned home to Atlanta from the MD Anderson Cancer Center in Houston, where he had been receiving treatment for cancer.

On Instagram, athlete Tim Tebow emotionally described Zacharias as “one of my heroes of the faith” and — along with pastor Louie Giglio and hip-hop artist Lecrae — encouraged people to send well wishes using the hashtag #ThankYouRavi.

Australian author and speaker Christine Caine shared a stack of Zacharias’ books from her shelves in a video she posted on Twitter.

“Nobody has framed and shaped my thinking like you have in this area,” she said.

Zacharias was born Frederick Antony Ravi Kumar Zacharias in 1946 in what is now Chennai, India, according to RZIM.

His great-great-great-grandmother had first converted from Hinduism to Christianity, and he, too, became a Christian at age 17 in a Delhi hospital. In a story Zacharias often told, he was recovering from a suicide attempt when someone shared with him a passage from the Gospel of John: “Because I live, you will also live.”

He earned a bachelor’s degree in theology from Ontario Bible College (now Tyndale University) in Toronto in 1972 and a Master of Divinity from Trinity Evangelical Divinity School in Deerfield, Illinois, in 1976, according to RZIM.

He later received a number of honorary doctorates and came under scrutiny in recent years for using the title of “doctor” and for claiming to have had roles at both the universities of Cambridge and Oxford. His website and other biographies since have been updated to remove the title and note those degrees had been honorary. Mentions of Oxford and Cambridge were removed.

At the same time, Christianity Today reported he settled a lawsuit he had filed against a Canadian couple he met through his ministry who he claimed had attempted to extort him after the wife sent “unwanted, offensive, sexually explicit language and photographs.” The couple’s lawyer claimed he had abused his spiritual authority to groom and exploit the woman.

Zacharias’ ministry began when he was commissioned as a national evangelist for the United States in 1977 and ordained in the Christian Ministry Alliance in 1980, according to Christianity Today.

By his ministry’s count, he would go on to speak in more than 70 countries and at a number of college and university campuses.

“Ravi spoke to a standing-room-only crowd and even years later people still listened to the tapes. He was masterful and kind,” French tweeted. “The story of the gospel is the story of eternal life. My life is unique and will endure eternally in God’s presence,” he wrote in his latest book. “I will never be ‘no more.’ I will never be lost because I will be with the One who saves me.”

Late last year, he stepped down as president of RZIM to focus on speaking and writing.

He announced his cancer diagnosis in March after doctors discovered a malignant tumor during back surgery.

He is survived by his wife, Margie Zacharias; children Sarah Zacharias Davis, Naomi Zacharias and Nathan Zacharias; and five grandchildren.

Davis, CEO of RZIM, described her father’s final days in a post on the ministry’s website, saying: “It was his Savior, Jesus Christ, that my dad always wanted most to talk about.

“Even in his final days, until he lacked the energy and breath to speak, he turned every conversation to Jesus and what the Lord had done,” she said. “He perpetually marveled that God took a 17-year-old skeptic, defeated in hopelessness and unbelief, and called him into a life of glorious hope and belief in the truth of Scripture—a message he would carry across the globe for 48 years.”