Art by Elnora Turner, used by permission of Christopher Heuertz. Do not reproduce without permission.
June 10, 2020
Jana Riess

NOTE: After this RNS interview was published on June 10, a letter was published on Medium alleging that author and Enneagram teacher Christopher Heuertz has a history of "spiritual and psychological abuse" spanning a period of some years.

"Our fear is that by our silence, vulnerable people could potentially be wooed by him and endangered, thus perpetuating the cycle of abuse and its associated shame and silence — while the abuser continues to grow his circle of influence," the letter says.

On June 12, Heuertz issued his own statement acknowledging "some inexcusable mistakes" when he "failed to maintain suitable boundaries in some of my friendships with women."

RNS is following the story as it develops. 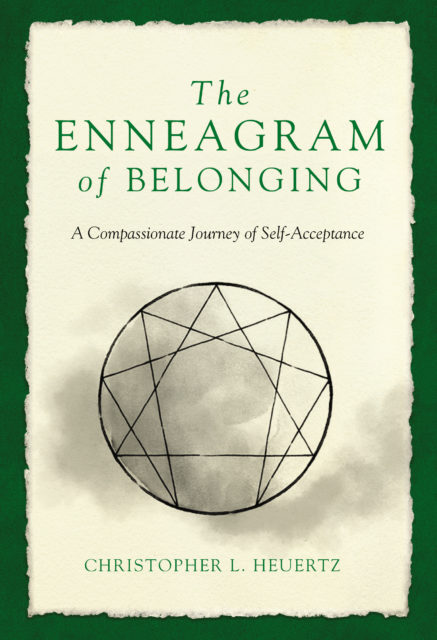 Have you ever felt, intuitively, that you simply belonged somewhere? Maybe it was with a particular person, or as part of a group. You knew you would be accepted there, warts and all.

Now imagine you can carry that feeling around with you all the time, because you have made peace with yourself—even the parts that cause you shame.

That’s the kind of radical self-acceptance that Enneagram teacher and author Christopher Heuertz (The Sacred Enneagram) is leading us toward with his new book The Enneagram of Belonging: A Compassionate Journey of Self-Acceptance. I think this is for people who have already established the basics of their type (and who hasn’t, by 2020?) and want to move beyond the gee-whiz aspect of the Enneagram as a personality typing system and get to the heart of spiritual transformation. -- JKR

RNS: In the early pages of your book I was reminded of Brené Brown’s careful distinction between “belonging” and “fitting in.” You do a great job of describing what belonging is not in our religious communities—real belonging is not contingent upon believing certain things or behaving in certain ways. 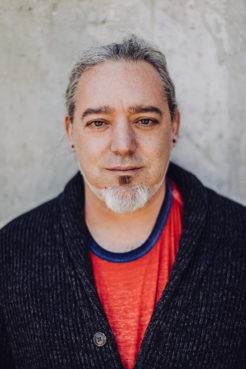 Heuertz: I think one of the greatest pains of my life was losing a community that I had given 20 years to. The parts of myself that I had failed to actually integrate and make peace with created a fragmented version of me that was harming myself and others. The parts of me that I hadn’t integrated were too much for them, and I couldn’t belong. For the past 10 years, I’ve suffered the pain of feeling as if I didn’t belong. There’s part of me that wants to be stronger than that, that wants to be independent and say I don’t need community, but I think we’re made to belong to one another.

And fundamentally, this is where the Enneagram shows up. We all bring 1/9 of the puzzle, one piece that’s going to contribute to helping, to allow the new “we” to be born. If we get stuck in thinking “my piece is the only one that is worthwhile,” we create fragmented realities.

RNS: So what is real belonging?

Heuertz: It requires a kind of vulnerability that makes peace with the whole of who we are. That’s difficult work. Depending on our religious socialization, we either have a tendency to exclude the good or the bad. I have a friend who is an incredible human being, and anytime you compliment her, the response will be “Oh no, that’s just the grace of God.” She has to attribute her goodness to something outside herself. And another friend, if I say something good about him, he will lead with all the ways he has failed me. I think we have to learn to make peace with the good and the bad inside of us, the parts that are good and that we’re proud of, and the ones we don’t like. That creates an echo inside of us that leads to a kind of compassionate acceptance.

RNS: Speaking of both the good and the bad, one service your book does is to go a bit deeper into the murky history of the Enneagram and its most famous teachers, showing that the keystone teachers could sometimes be total jerks. I’m glad you said that out loud.

Heuertz: I think it’s a disservice to inflate the egos of people who are beautifully flawed human beings. In so many ways, we see this: people try to rewrite history to turn somebody into either a saint or a sinner to serve their purpose. But if we can let the grandmothers  and grandfathers of the Enneagram be who they are, it allows us to also be who we are, and that makes it in some ways a safer community than the religious ones we may have grown up in.

RNS: In the last few years, the popularity of the Enneagram has just exploded. What are people looking for?

Heuertz: So many of us have run past the boundaries of our social media accounts. We’ve curated these images to project out to the world, and we’ve gotten all the friends, fans, and followers we can. At the end of that, there’s a kind of emptiness. Who am I, fundamentally, beyond these curated Facebook photo albums? And then Enneagram shows up and says, “You’re way more than how you present.” Let’s see what’s still there, what’s behind the curtain.

So the Enneagram’s surge in popularity over the last few years has been addressing this thirst, this loss of identity in a digital world that has proven itself to fuel the illusion.

RNS: I liked what you did in the book by looking at the “cave” as a site of transformation in popular movies, almost in a Joseph Campbell kind of way—it’s all over films like Moana, Inside Out, Coco and Star Wars.

Heuertz: This really is in memory of what Joseph Campbell was doing with the Hero’s Journey: in our shadow, we always find something we fundamentally need to come to terms with to discover our self, our sense of identity. You see it in every great myth. I wanted to find great accessible illustrations of it so that we could press into our shadows with some honesty and vulnerability to see what it is that we’ve parked back there that we need to bring into awareness.

Like in Inside Out, you remember that heartbreaking, tragic scene with Bing Bong, the imaginary friend of Riley, who’s now in the valley of lost memories. There’s something in that scene that speaks to the pain of growing up. In this book I try to play back and forth: we have to reach back in tenderness to our inner child, and we also have to let that inner child grow up into the person it’s destined to be. In that little scene, there’s such a painful loss, and a kind of hopeful becoming.

That’s one of the other themes I tried to pull through this book: becoming who we’re meant to be, who we need to be, to find our place in the human family and contribute to what the world most desperately needs. 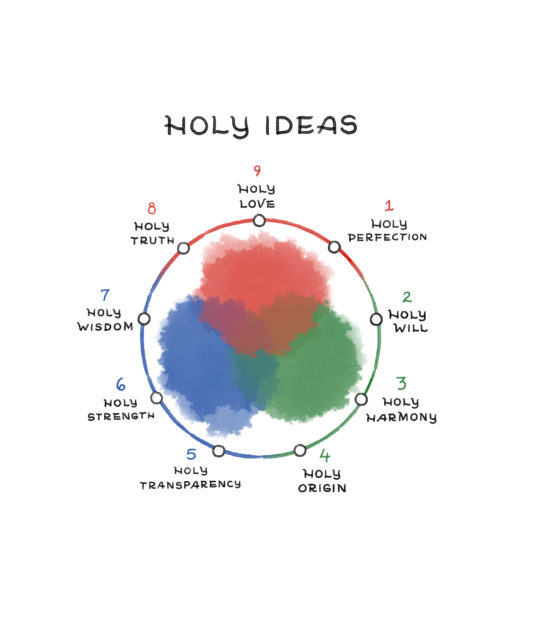 Art by Elnora Turner, used by permission of Christopher Heuertz. Do not reproduce without permission.

RNS: On that road to becoming, there is a “Holy Idea” for each of the nine types. What are the Holy Ideas?

Heuertz: I love this! Ichazo used to say that if you only worked with a Holy Idea, that’s all you need. That will help un-fixate our conditioned personalities. So it’s really a crucial component to doing your own soul work with the Enneagram. But because it’s so convoluted, it gets glossed over. People skip past it when they’re trying to understand their type structure.

I like to think of the Holy Ideas as the first truth we have to tell ourselves, and that truth is inevitably going to be devastating to our ego structure, which wants to stay asleep in the illusion of who we think we are.

RNS: What do you most want readers to take away from the book?

Heuertz: I don’t want this to sound cliché, but if there’s any aspect of ourselves that we do not give permission to belong, then the truth is that no part of ourselves can fully belong. So hopefully we can just let ourselves become more human, and let those around us also be beautifully human.

Because of the pandemic, Heuertz’s travel and in-person workshops have been canceled for the time being, but on Saturday, July 11 he’ll be co-teaching an afternoon workshop with Russ Hudson (of Riso-Hudson fame). Find out more here.

The Enneagram as a protest against one-size-fits-all religion