(RNS) — The Rev. Rolland Slade, senior pastor of Meridian Baptist Church in El Cajon, California, has been elected as the first African American chairman of the Southern Baptist Convention’s Executive Committee, the group that runs the business of the nation’s largest Protestant denomination outside its annual meetings.

He was elected unanimously.

Slade was previously vice chairman of the Executive Committee and chair of its Cooperative Program Committee, which handles the denomination’s central funding mechanism.

He was nominated by Pastor Jared Wellman of Tates Spring Baptist Church in Arlington, Texas.

“He’s next in line, you could argue, as the vice chair, but that’s not why I’m placing his name into nomination,” said Wellman during an online meeting of the committee on Tuesday (June 16). “I’m nominating him because he’s the first in line when it comes to following Jesus. Whether it’s serving his family, the needs of his community, the people of his church, or the SBC and its Cooperative Program, Pastor Rolland has always been first in line.”

The 61-year-old Slade is a San Diego native who was ordained in 1987. Prior to 2014 when he began his current pastorate, he helped start a church in an apartment complex, served as a missionary and started a Southern Baptist mentoring program for men. More recently he has been recognized for promoting personal health and advocating for the homeless, according to his bio on his church’s website. He also has served as the head of local boards in his community and was a representative of the faith community on a San Diego County commission for children and families. 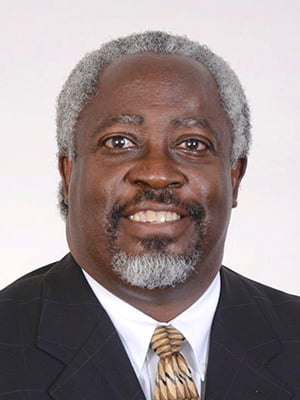 “Brothers and sisters, I am humbled and I thank God,” he said, noting that he hadn’t expected to be “blubbering” in reaction to the vote.

Slade thanked the committee and his family and church for their support.

“I thank the Meridian Baptist Church, a church that took a chance on me 16 years ago,” he said. “I’d never been a senior pastor, had been a staff member, a missionary, but I never led a congregation. And the Meridian congregation chose a man that didn’t look like them. And what we had in common was the gospel, of sharing the gospel of Jesus Christ to the lost and, brothers and sisters, that’s my commitment to you as I lead the Executive Committee in the future.”

In his remarks, Slade acknowledged the recent declines in the now-14.5 million-member denomination.

“We all know baptism numbers are down. We know that churches are closing, but we also know that the problem in our country is sin,” he said. “And so we’ve got a job ahead of us and we’ve got to pull together and the message that we’re sending today, not only to SBC, but to the world, is that the gospel of Jesus Christ is the most important thing in the world.”

Slade’s election comes at a time when the denomination continues to grapple with issues of race.

Earlier this month, SBC President J.D. Greear declared in an online address that “Of course, black lives matter” and then noted that he does not align with the Black Lives Matter organization that was founded in 2013. A day later, he said the denomination should retire a gavel named for a slaveholder that is traditionally used to open annual meetings.

After Southern Baptists adopted a resolution at their 2019 meeting on “critical race theory and intersectionality,” calling them “analytical tools” and disavowing their misuse, the statement was cited as a reason for the creation of a new network seeking to represent dissatisfied members of the denomination.

The lack of diversity in leadership has been questioned in the denomination, which has had one black president. New Orleans pastor Fred Luter served two one-year terms starting in 2012. People of color have been appointed as SBC vice presidents but the denomination has been criticized for the lack of minorities in many executive positions at its seminaries, mission boards and agencies.

SBC Executive Committee President Ronnie Floyd congratulated Slade on his election during his report at the committee meeting.

“For the first time in the 103-year history of the Southern Baptist Convention Executive Committee, we have today elected our first African American chairman,” Floyd said. “God bless you, and may others follow you in days to come.”