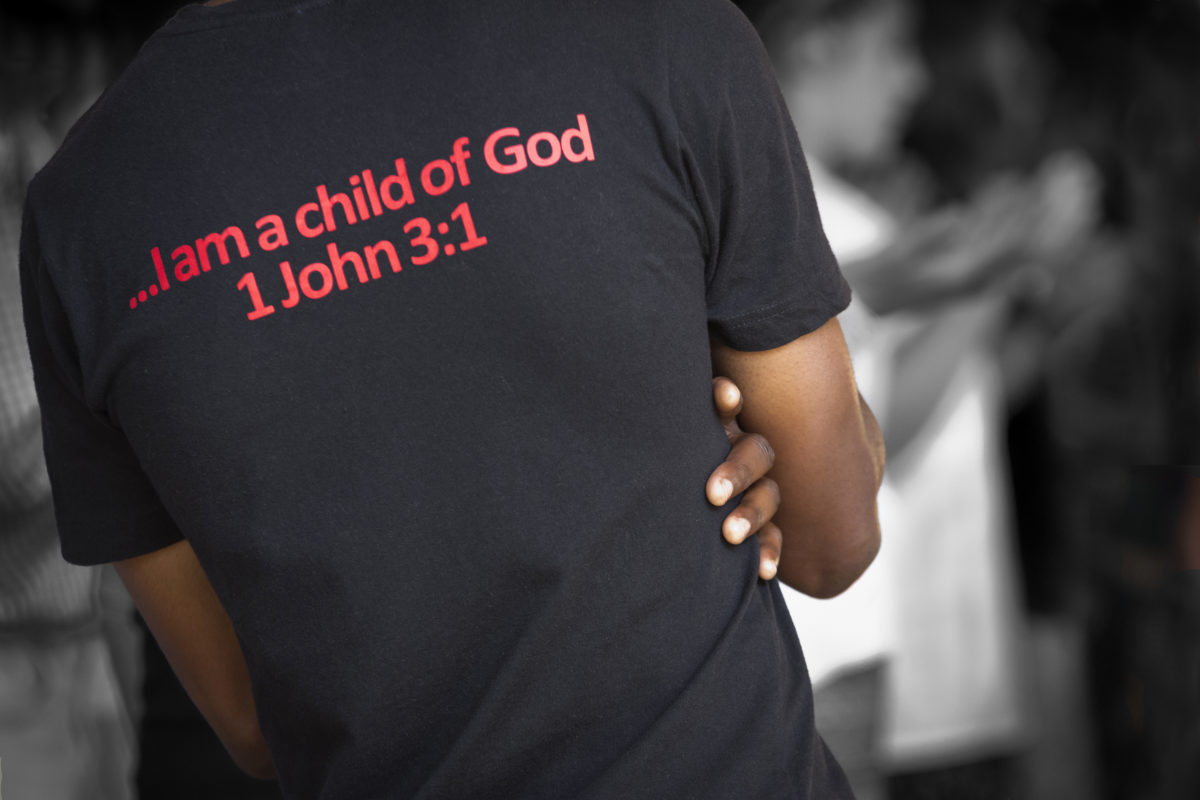 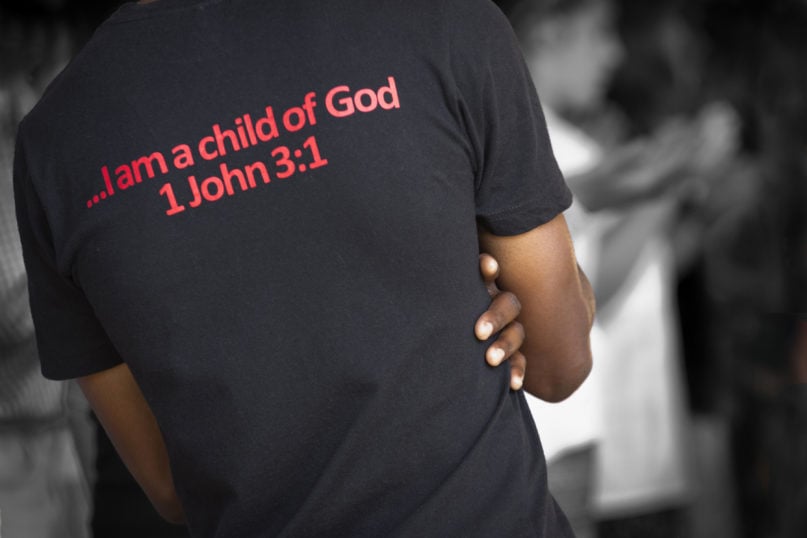 This Juneteenth, a group of BYU students are petitioning the university to rename one of its buildings after someone other than a 19th-century slaveholder, and hundreds of members of the Church of Jesus Christ of Latter-day Saints are petitioning the church to finally issue "a heartfelt apology for the role that we have played in promoting racist ideologies and behaviors which have injured and burdened our brothers and sisters of African descent." 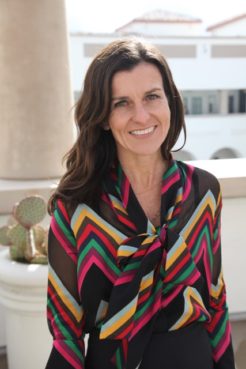 Adding historical context to these two initiatives is a new study from scholar Joanna Brooks, an associate vice-president at San Diego State University, who has spent the last several years studying the legacy of white supremacy in Mormonism.

No one could have predicted that her book Mormonism and White Supremacy: American Religion and the Problem of Racial Innocence, out this month from Oxford University Press, would happen to be published at a moment of intense attention to racism in the United States. But it adds a great deal to the ongoing conversation. -- JKR

RNS: How did the Church of Jesus Christ of Latter-day Saints come to have such a problematic racial history?

Brooks: You mean how does a faith tradition, a religious movement, do white supremacy to itself? That’s how I like to think about it. The fast version is that from the beginning, the Mormon movement did not have a clear commitment to the emancipation of black people. There were white churches in the early and mid-19th century that did; we were not one of them.

In the absence of that commitment, and in a lack of solidarity with our black brothers and sisters, we gave in. We accommodated ourselves to the white supremacy that structures the United States. And this accelerated as we sought assimilation and mainstream acceptance, so that by the mid-20th century, we were like the poster children for respectable white segregation.

When the Church institutionalized the priesthood/temple ban, leaders denied and disavowed our more complicated history on race. We made up a story that God intended it to be this way. And that pattern of subscription to the idea of prophetic infallibility, made it very difficult for us to get out from under the legacy of the ban and take ownership for this as something we have needed to structurally correct. Even after the ban ended in 1978, we didn’t dismantle any of the structures that held it in place.

So this book is the story about the many points in the journey when we could have done better, and we didn’t. We didn’t choose the right.

RNS: You’ve been running a thread on social media where you dive into the history of the men who have buildings named after them at Brigham Young University, showing that they are implicated in white supremacy. Who were they and what did they do?

Brooks: There are lots of examples, unfortunately, starting with the Abraham O. Smoot administration building. He was one of the first trustees of BYU. He owned slaves and was probably influential in convincing Brigham Young to secure Utah as a slave-owning state. He also bore false testimony to LDS Church President John Taylor to undermine Elijah Abel’s ordination.

That’s a big one. But there’s also the J. Reuben Clark law school. He advocated for racial segregation of the blood banks in Utah. And the chemistry building is named after Ezra Taft Benson, who was openly segregationist, and used his time at the pulpit in General Conference in 1968 to preach against racial integration, an address that Deseret Book later published in full. 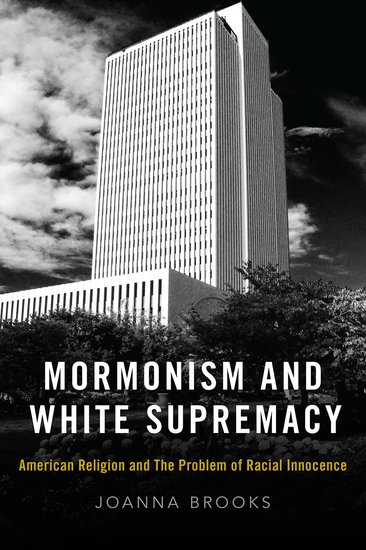 RNS: You also take time in the book to show that Mormon support for racist structures was not monolithic. There were some brave people who voiced their opposition.

Brooks: Throughout the book, intentionally, I tried to show that there were people who thought differently, even early on. One of things that Mormons say now is, “Well, that was just the way that people thought in the 19th century,” but that’s a reduction. When Horace Greely came to Utah in the late 1850s, he was completely shocked that Utah was not even talking about abolition. Our not talking about abolition wasn’t a reflection of the times; it was a reflection of our church’s specific commitment.

All along, there were people who knew better, and who grieved at every point. That’s one of the things that’s important: when we don’t own our history, we also don’t own our good parts. At every point of our history, there were always these voices who stake their own ground at the edge of the herd, as Juanita Brooks would have said. I wanted those voices to be in the book. Some of them I had never heard about until I was researching, like Lowry Nelson in the 1940s. George Romney led civil rights marches in Michigan in the 1960s, and Stewart Udall wrote in to Dialogue to call for an end to the ban.

RNS: But you argue in the book not only that most Mormons went along with the ban (including Donny Osmond in a very uncomfortable 1978 interview with Barbara Walters), but that other white Americans needed Mormons to play that role. That they actively rewarded Mormons for their continuing commitment to white supremacy.

Brooks: The Barbara Walters interview is interesting because she’s one of the only reporters who brings it up in this period. So often the entertainers were let off the hook. Can you imagine? It’s the 1970s, and Rolling Stone is interviewing chart-topping pop stars, and the Osmonds are getting a pass. The same thing with the Mormon Tabernacle Choir. They were performing spectacularly at special Armed Forces Radio broadcasts to Russia, presidential inaugurations, as exemplars of the best of American values, and they were members of a church that still officially discriminated against black people.

How do we understand the silence that these major Mormon performing groups were cloaked in? What I concluded was that we were used. There was a sort of silent agreement: If Mormons would stand up and demonstrate a kind of clean-cut American values, we Mormons would legitimate mainstream white people’s covert discrimination with our overt discrimination.

RNS: And the choir even performed at a political rally for George Wallace in 1968, who openly campaigned as a segregationist.

Brooks: It shouldn’t be called a rally. The church invited all of the major presidential candidates in the Tabernacle, so we have footage of George Wallace holding forth in the Tabernacle uncontested, in front of the choir. One of the features of whiteness is that you pretend that things are fair and neutral. The church probably felt it had to, on the basis of neutrality, to offer a space to George Wallace. (I wonder if they would have offered the same to Shirley Chisolm!) But it was actually a tacit endorsement. An in truth, many of the Brethren at that point in time were not that far off from where Wallace was in terms of segregation.

RNS: Including Ezra Taft Benson, who wanted to be Wallace’s running mate.

RNS: Why do you think the Church now wants to move forward without admitting that this was wrong? Why does it try to pretend that this never happened?

Brooks: That’s the Mormon way on a lot of things. We’re not good with the uncomfortable facts and contradictions in our history, in part because they’ve been used by outsiders to try to ridicule our faith. We’ve been in that space of defense for so long, and it has cost us dearly. When I think of how many families have been torn up in recent years over literal truth claims and faith crises, and how much wreckage it has created, we can see the cost.

But we are a complicated faith, and we can hold those complications with humility.

RNS: How do we dismantle racism in the church?

Brooks: Here’s the thing. I’m a scholar. I can share with you what I do, and what I am encouraging my friends to do. We need to study. We have to play catch up. African-American people know what they have lived through, but many white people have no idea. Read Ta-Nehisi Coates’s Between the World and Me and his essay “The Case for Reparations.” Read The New Jim Crow by Michelle Alexander; watch the movies Thirteenth and When They See Us. There is a well-established body of extremely thoughtful, well-researched writing about the experiences of African American people in the US. And we need to study.

After that, people need to make a modest, ongoing financial commitment to a black-led organization that works for black emancipation. For instance, do people understand the expense of bail? In the US, we’re one of the few countries on the face of the earth to still use money bail, so some women are held away from their children because they can’t afford to pay even nominal bail. They got too many parking tickets, or they got some moving violations, and they’re separated from their families. Black Mama’s Bail Out is just one example of a Black-led organization working for Black Emancipation. There are many others. Choose one that resonates with you.

Then find out what is happening in your own neighborhood, the statistics on police brutality where you live. Use Campaign Zero and dial in to what’s happening in your state. I was shocked to find out, using that tool, that the choke hold was still legal in my city of San Diego until two weeks ago! And I wrote a book on white supremacy.

Show up in your community as someone who wants to understand. And if the church wants to follow its membership, all the better. Mormonism is a movement of people—multibranch, messy, ever-changing. The church is important, very important, but it’s only one part of who we are.