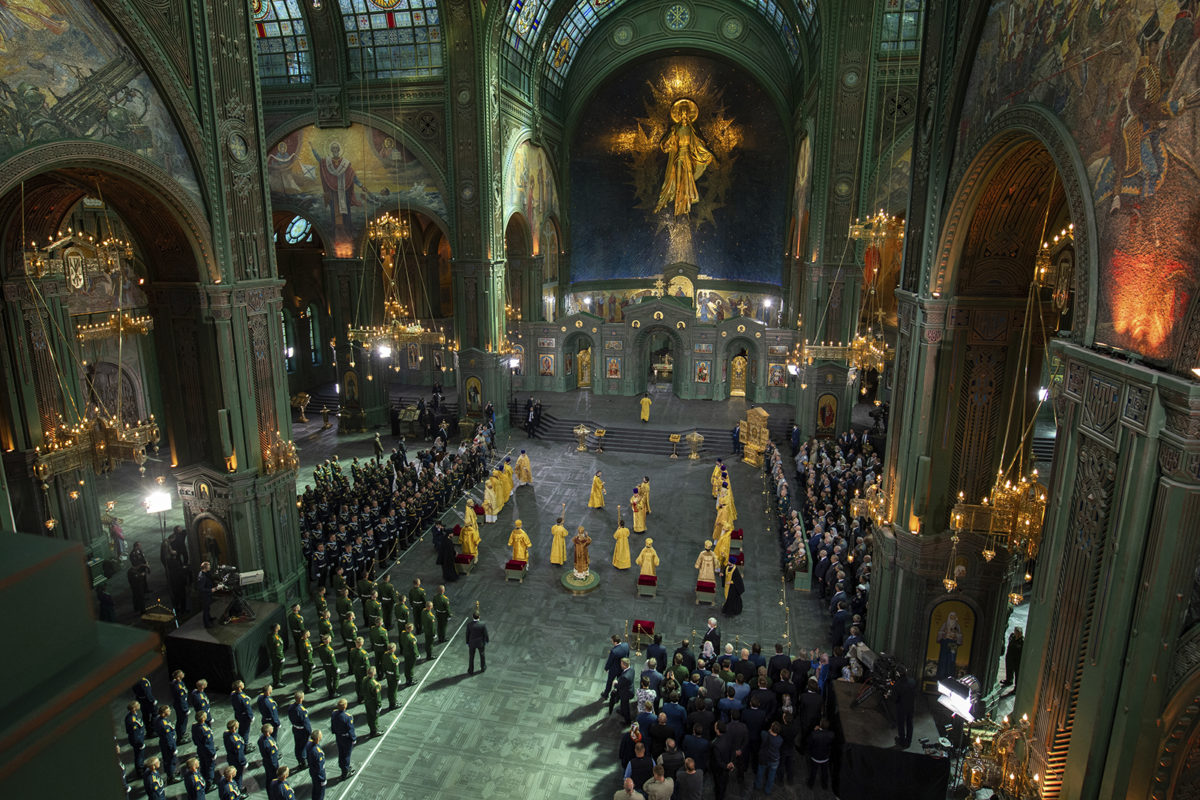 (RNS) — Each week Religion News Service presents a gallery of photos of religious expression around the world. This week’s photo selection includes the consecration of a new Russian Orthodox Cathedral, continued demonstrations against racial injustice, and more. 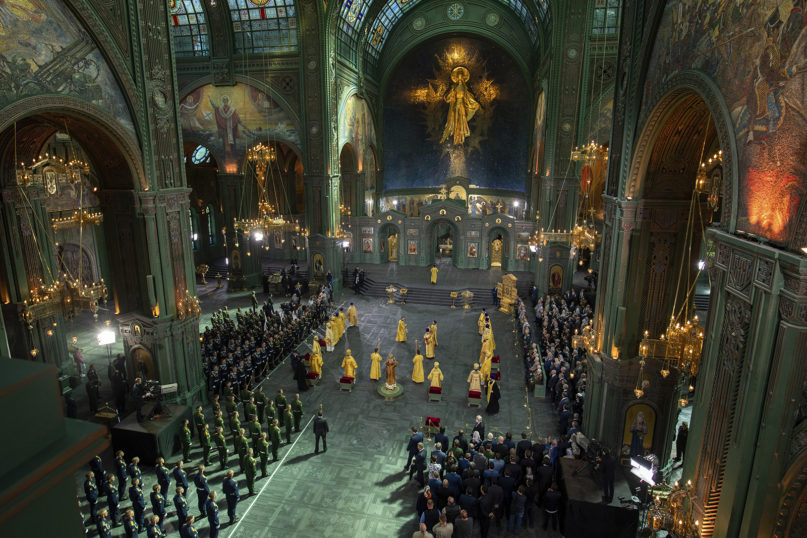 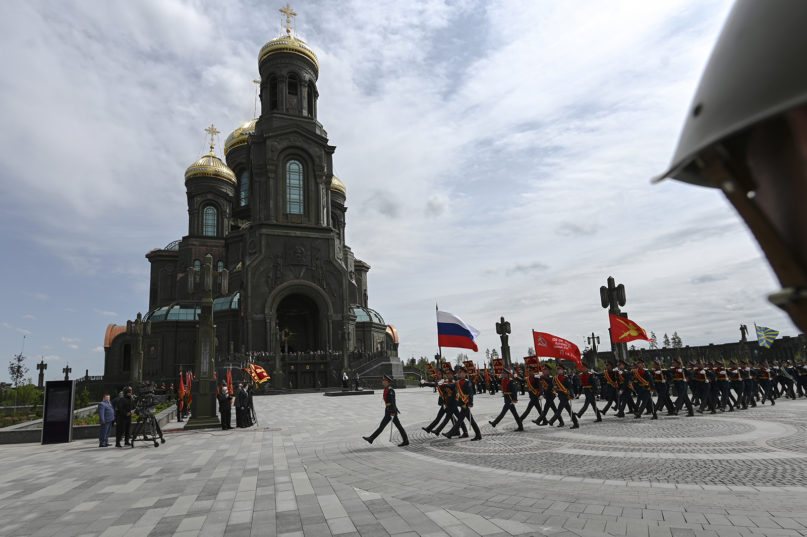 Russian soldiers march during the Sunday, June 14, 2020, consecration ceremony of the country's new Cathedral of Russian Armed Forces in Patriot Park outside Moscow, Russia. The cathedral was built in just under 600 days and was opened on May 9, dedicated to the 75th anniversary of the Soviet victory in World War II. (Igor Palkin, Russian Orthodox Church Press Service) 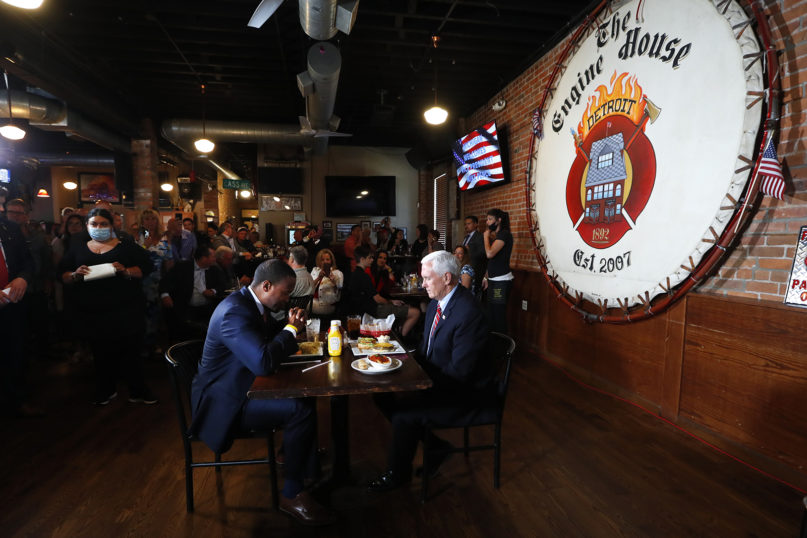 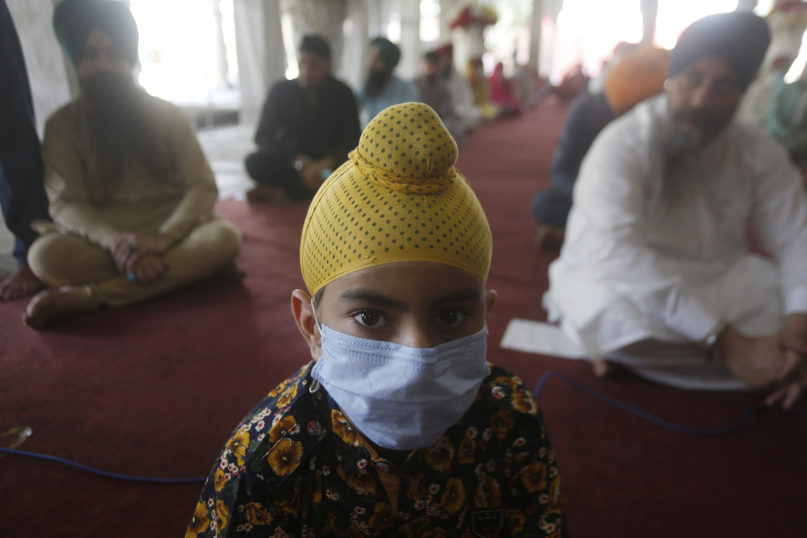 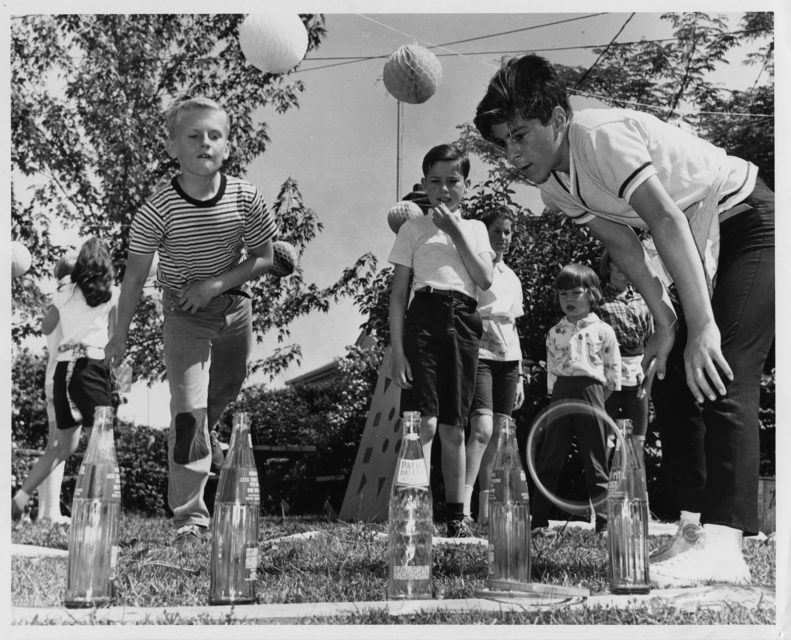 Children in the Massapequa, New York, area stage a backyard carnival with games and other activities to raise funds for foreign missions, the needy and sick, on June 12, 1965. John McCormack, left, tries his luck at the "ring the bottle" game. Tom Ore, center, waits his turn as Frank Prochilo, right, watches closely. RNS archive photo. Photo courtesy of the Presbyterian Historical Society People pray during an event called "Boston Pray: Seeking Unity and Justice" held to call for an end to racial injustice, Sunday, June 14, 2020, in Boston. The event was triggered by the death of George Floyd, an African American man who died while being restrained by Minneapolis police officers on May 25. (AP Photo/Steven Senne) 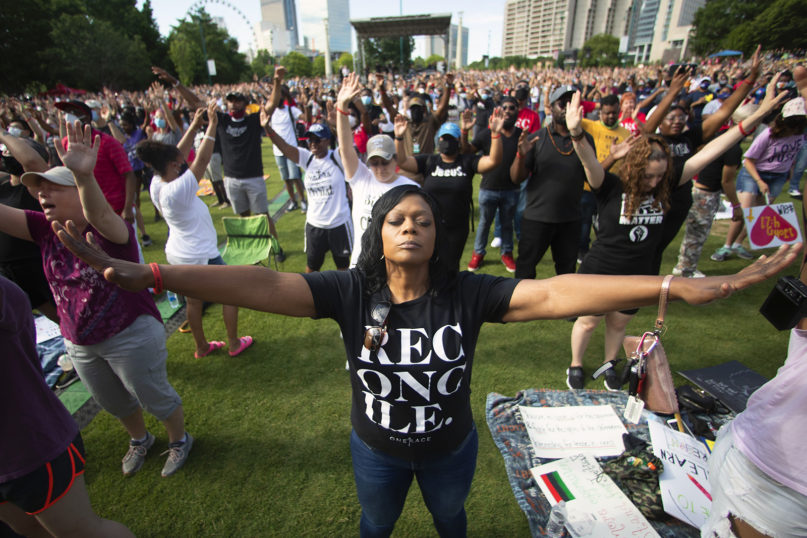 A woman prays during an event hosted by OneRace Movement at Atlanta’s Centennial Olympic Park to commemorate Juneteenth, the date of the emancipation of many enslaved African Americans in the U.S., on Friday, June 19, 2020. OneRace Movement, a religious organization, hosted the event in a call for change and unify across races, classes, denominations and culture. (AP Photo/John Bazemore) 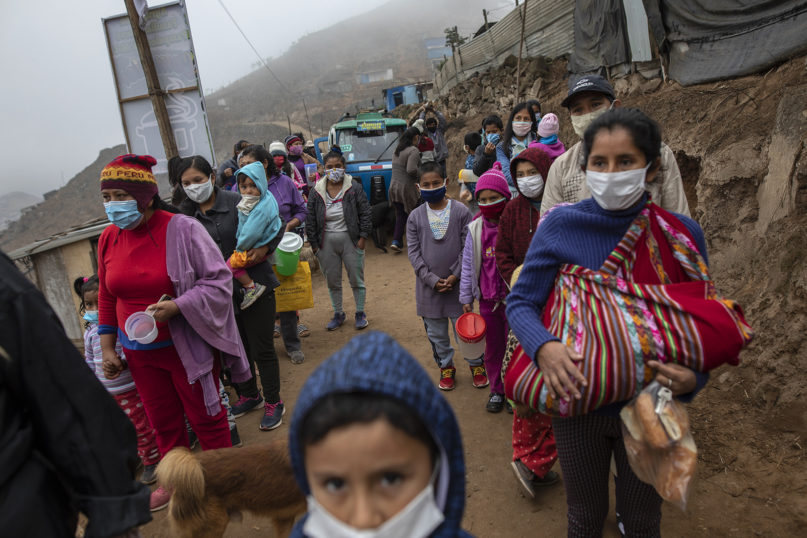 Residents stand in line to receive a free lunch from a "community pot," in the Nueva Esperanza neighborhood of Lima, Peru, Wednesday, June 17, 2020. Often operating with help from the Catholic Church and private charities, soup kitchens and "community pots" have become a symbol of the conundrum facing a region where most of the working population labors outside the formal economy. (AP Photo/Rodrigo Abd) 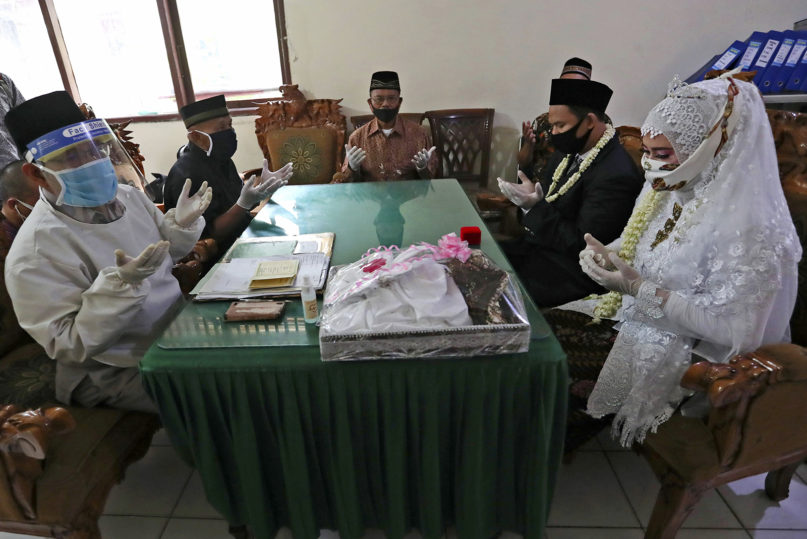 Bride Elma Diyani, right, groom Octavianus Kristianto, second right, and Muslim officiant Solehchudin, left, along with family members pray while wearing protective gear to prevent the spread of the coronavirus during a wedding ceremony at the local Religious Affairs Office in Pamulang, on the outskirts of Jakarta, Indonesia, Friday, June 19, 2020. (AP Photo/Tatan Syuflana) 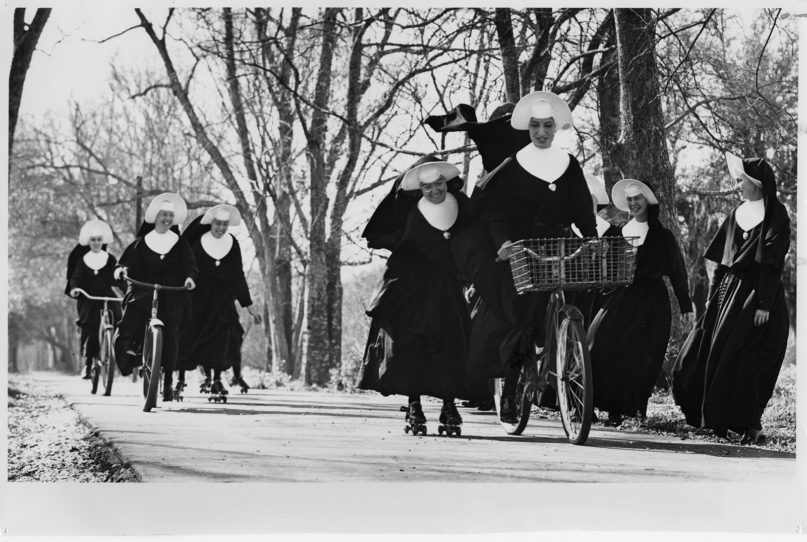 Juniorate members of the Marianites of the Holy Cross turn to bicycling and roller-skating for recreation during a break from spiritual and academic training in New Orleands in 1965. RNS archive photo by Frank Methe. Photo courtesy of the Presbyterian Historical Society