(RNS) — When blogger Umairah Hussain asked her readers if they would join a book club for science fiction and fantasy novels by Muslim authors, she was overwhelmed by the enthusiastic response and suggestions for additions to the club’s reading list.

But there was something unusual about two dozen authors on the reading list Hussein compiled for the club, including the writers behind her favorite series, “An Ember in the Ashes” and “The Daevabad Trilogy.”

“Almost all of them were actually published by women in the past few years,” said Hussain, a sci-fi fan who blogs at Sereadipity.

In the past few years, Muslim women have quietly taken the speculative fiction publishing industry by storm, earning rave reviews with fantasy and science fiction narratives that upend both the genre’s historic lack of diversity and popular depictions of women and Islam. 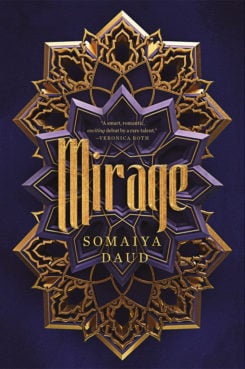 At least another dozen, including sequels to Hafsah Faizal’s instant New York Times bestseller “We Hunt the Flame” and Somaiya Daud’s award-winning “Mirage,” are in the works.

That’s a change from the past, when speculative fiction was dominated by stories that drew on Norse, Christian and Arthurian sagas and mythologies.

“You always hear, ‘This field has been done to death, what else is there left?’” said author Ausma Zehanat Khan, whose book “The Bladebone,” the final installment of her fantasy series “The Khorasan Archives,” is due out in October.

Many of these titles have earned critical acclaim, with several making it to bestseller lists and earning national and international literary awards. At least two television adaptations have been announced. Fan fiction, fan art and fan Twitter accounts abound.

“My sense is that the ability of Muslim voices to come through so strongly is part and parcel of the new intersectional movement that’s happening,” said Noor Hashem, a Boston University lecturer who has taught courses on Muslim science fiction. She’s working on her own manuscript about faith in contemporary Muslim fiction.

A trickle becomes a flood

The rise of science fiction and fantasy literature by Muslim women in the U.S. and other English-speaking countries began with a slow trickle over a decade ago.

In 2007, G. Willow Wilson — then a journalist writing on the Middle East and religious affairs, now a top comics writer most known for co-creating Kamala Khan, Marvel’s first Muslim character to headline her own comic book — published the magical-realist thriller “Cairo.”

The dense urban fantasy played with Islamic and Arabic mythology, from jinns to flying prayer rugs to Arabian Nights, while also commenting on Arab-Israeli politics. The graphic novel was named one of the year’s best by Publishers Weekly, School Library Journal and the American Library Association. 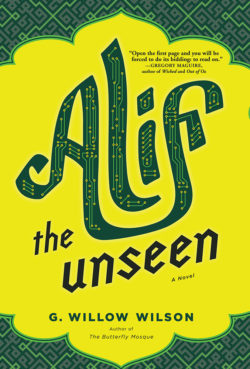 In 2012, Wilson’s cyberpunk thriller “Alif the Unseen” earned rave reviews, won the World Fantasy Award for Best Novel and the Middle East Book Award for Youth Literature, and was featured on NPR and The Washington Post’s lists of the year’s best books.

In 2015,  “An Ember in the Ashes,” a debut novel from former Washington Post foreign correspondent Sabaa Tahir, became a New York Times and international bestseller. The dystopian fantasy inspired by ancient Rome “was greeted with such breathless accolades before its April release that it seemed unlikely it could live up to the hype,” according to the Times.

And yet, the Times noted, “The hype appears justified.”

The hit novel spawned an acclaimed fantasy series, which will end in December with the publication of “A Sky Beyond the Storm,” as well as a stand-alone graphic novel. Paramount purchased film rights for the series in a seven-figure deal.

Such early successes — as well as “Throne of the Crescent Moon,” the Locus Award-winning 2012 novel by Saladin Ahmad, one of the few prominent Muslim men writing speculative fiction — helped pave the way for the authors who followed.

“Those successes whet the appetite of publishers and editors, making them more willing to look at those kinds of projects,” Hashem said.

By 2019, when Wilson returned with another fantasy novel — the critically acclaimed “The Bird King,” which unfolds in the final days of Muslim-ruled Granada — she was joined by at least 10 other Muslim women authors releasing books through prominent publishing houses.

In this world, and imagined ones

As a science fiction editor, Khaalidah Muhammad-Ali says her biggest grievance was seeing stories about imaginary worlds where only white people exist.

“It really bugs me to see a far-off future-flung store, and everyone is white, and everyone is assumed to be Judeo-Christian or atheist,” the World Fantasy Award-nominated editor said. “Because we are in this world. I don’t believe that 100 or 200 or 400 years in the future, we will cease to exist, yet we don’t show up in stories about the future.” 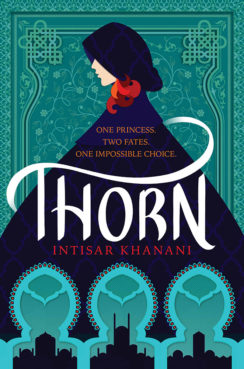 “Whenever I read something, it was white European fantasy, which was all the publishing industry was in the 1980s and 1990s,” said Khanani, whose fairy-tale retelling “Thorn” was republished by HarperTeen in March after she released it independently in 2012.

When Muhammad-Ali and Khanani began writing their own work, they were intent on changing that paradigm.

“It became very important to me as I was learning to be a writer myself, to write worlds where the people I loved and the cultures I find beauty in were present and real,” Khanani told Religion News Service. “Because we have the right to take up space in this world, and in our imagined worlds.”

A new wave of Muslim speculative fiction writers is chipping away at outdated notions of what belongs in the genre. Their stories often feature strong Muslim women protagonists and integrate themes from Islamic theology, folklore and history.

Chakraborty’s use of such themes was a smash hit.

Her debut novel landed on multiple best-of-the-year lists and nabbed nominations for the World Fantasy Award, Locus Award, British Fantasy Award and other prestigious prizes. Soon, the trilogy will be adapted for Netflix.

She’s already announced her next project, a second HarperVoyager trilogy pitched as an adventure heist set in the 13th-century Indian Ocean — a sort of “Sinbad the Sailor meets Oceans 11.”

Or take Khan’s “The Khorasan Archives.” The series follows the Companions of Hira, a group of mystical women scholars and warriors, in its quest to defeat an oppressive patriarchal group called the Talisman that has come to power. The militia, which not-so-subtly parallels the Taliban, has suppressed all forms of knowledge and corrupted the Claim, the sacred scripture and magic in the land. Like the Quran, the Claim’s magic functions through oral recitation.

“I chose this word to reflect the fact that these women are claiming their history and their traditions to themselves and refusing to be erased from it or suppressed in this world,” Khan said. “I wanted to take the Islamic tradition and put it in the hands of women and have them be its defenders.”

Speculative fiction has allowed a space for many Muslim women to develop such feminist themes. 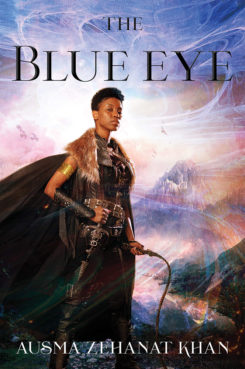 “The genre allows them to break forms, imagining these utopian spaces where women can have certain kinds of power, often magical or otherworldly powers, that we can see as ciphers for a kind of critique or a reflection on women’s empowerment,” Hashem said.

And by drawing on Islamic history and culture in their settings and characters, Hashem argued, many Muslim authors implicitly rebuke anti-Muslim ideas of Islam as backward, while also critiquing notions that speculative fiction was born out of the European Enlightenment and Industrial Revolution.

Indeed, speculative fiction has a long and largely overlooked history in Muslim societies, from the Arabian Nights to Bengali educator Rokeya Sakhawat Hossain’s 1905 “Sultana’s Dream,” one of the first works of feminist science fiction.

Many writers say invoking elements of their faith into their speculative fiction is a natural fit.

“There’s really something special about weaving in Islam, with so many unseen beliefs and fantastical tales that are pivotal in this religion,” said artist Safiyah Cheatam, whose monthly podcast, “Obsidian,” serves up speculative fiction rooted in Afrofuturism.

Cheatam said both Black and Muslim communities often have an innate connection with the “imaginative” natures of both science fiction and the Afrofuturist movement.

“Oppressed people are primed to imagine what things could look like if they were not the victim of so many different systems of oppression,” Cheatam said. “I think we see a wider range of what futures could be available to us.”