(RNS) — At a press conference last week, President Trump announced a plan to provide $105 billion to schools to ready them for reopening, despite the health risks. But there was a catch to his proposal: Where public schools don’t open, taxpayers’ money would be made available to schools that do, explicitly including religious schools and home schools, in what amounts to a massive national voucher plan.

Trump’s announcement was carefully couched in language indicating that the funding would “follow the student” and be paid directly to parents, maximizing their educational “choice” as long as parents don’t choose a public school offering remote learning. In what looked like a heavy-handed effort to force public schools to comply with his demand to open in traditional face-to-face formats, his announcement was a long-sought-after gift to Trump’s evangelical base.

Meanwhile, Americans United for Separation of Church and State is reporting that billions of taxpayer dollars have already been given to private and religious schools — as businesses — under CARES Act’s Paycheck Protection Program, in the form of forgivable loans.

While it may surprise many that allocating tax money for religious education isn’t prohibited by the Constitution, Trump was invoking the “child benefit theory” that allows some state aid to go to parochial schools under the reasoning that such plans benefit the student, not the school directly. In the session that just ended, the Supreme Court strengthened the legal standing of these programs in deciding Espinoza v. Montana Department of Revenue.

As Sarah Posner writes in her recent book, “Unholy,” the origins of the religious right lie in white conservative Christians’ flight from public schools for segregation academies in the civil rights era. At the same time, they developed a theological critique of public education as inherently unbiblical, asserting that education is a responsibility of families, not the government. Since that time they have sought to defund public education, dismantle it and replace it with what they consider “Bible-based” education.

In my own book, “Building God’s Kingdom: Inside the World of Christian Reconstruction,” I trace the development and dissemination of that theological system. Writers like R.J. Rushdoony and Gary North have spent their lives outlining a strategy for transforming all of culture in accordance with their understanding of “biblical law,” which they maintain is applicable not only to church life, but family life and civil affairs. The most important components of these efforts were undermining and replacing public education, because they saw Christian education as their most important tool. 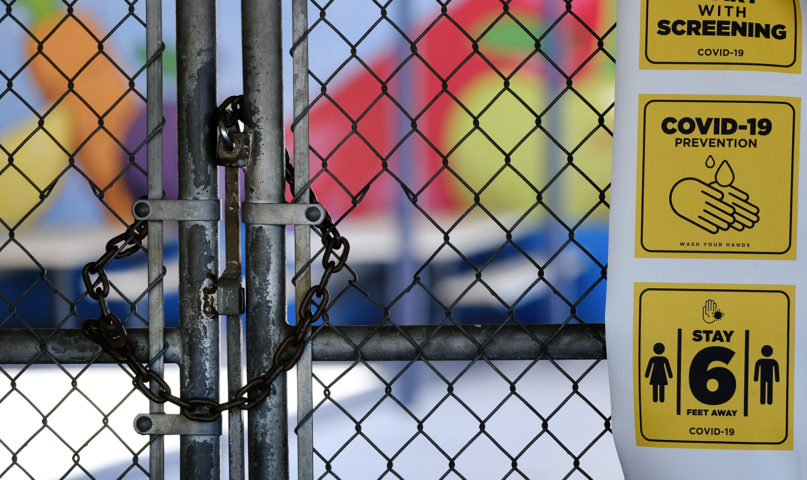 In addition to being untethered from the influence of civil government, “biblical” education often includes indoctrination into “purity culture,” promotion of biblical patriarchy, women’s submission and strong anti-LGBTQ views. Within what they call dominion theology, they promote a white Christian nationalist version of American history that they call both Christian American History and Providential History. And, of course, many teach a certain biblicist form of creationism instead of science.

Obviously, not all schooling options in the Christian tradition teach such things, but it’s worth noting that some also promote views much more extreme. In the lead-up to the 2016 Republican presidential primary, homeschool leader Kevin Swanson hosted a National Religious Liberties Conference with several contenders for the nomination in attendance (though Trump was absent), where Swanson called for the death penalty for “homosexuals.”

These are extreme views, but they’ve been promoted widely among the Christians who have become Trump’s base. Betsy DeVos, now secretary of education, made her reputation as an advocate for shifting public education funds to private schools. Trump-aligned pastors preach these views from their pulpits, and for the rank-and-file there are conferences and books.

Sometimes their influence is hard to see because these Christians think in terms of multi-generational gains rather than election cycles. They expect the transformation to take centuries, and the most important tool in their theocratic effort is Christian education. Indeed, Doug Phillips, son of religious right founder Howard Phillips, a Rushdoony devotee and Christian homeschooling advocate until a scandal closed his ministry in 2014, was known for his “200-year plan for multi-generational faithfulness.”

But sometimes they say the quiet part out loud, as when Ray Sutton wrote in a volume in a series published by Gary North:

If you run for the public school board, do it with one intention only: to create an orderly transition to exclusively private education. If you can’t be elected on this platform (as seems likely), then become the candidate who wants to reduce waste. (The Biblical definition of wasteful public schools: “public schools.”) Your real agenda: no more pay increases for teachers, no more school building programs, and a reduction next year in property taxes. Forever. Until the last public school superintendent is strangled in the non-negotiable demands of the last National Education Association union president …

It seems shocking that anyone might think of a catastrophic event such as a global pandemic to further these goals, but the architects of the Christian school and Christian home school movements have long argued that it is precisely in the context of the destruction of civilization that Christians will have the opportunity to exercise dominion. What is more shocking is that the president of the United States would help with the dismantling.

(Julie Ingersoll is a professor of religious studies at the University of North Florida. The views expressed in this commentary do not necessarily reflect those of Religion News Service.)