(RNS) — As a two-time graduate and former professor at Liberty University, I am grateful that the Liberty University board found the courage last week to finally put a check on Jerry Falwell Jr.’s misbehavior.

I am cautiously optimistic this is the first step toward the school’s recovery of its central mission — providing a loving, caring Christian environment where students can thrive and become equipped to fulfill their God-given vocations.

Here is my story.

I didn’t intend to tell my professor much detail about the situation.

I had gone to Dr. Isaac’s office in the fall of 1996 simply to let her know I would be missing class for an upcoming court date and to find out how to make up the missed work. But her caring demeanor collided with my desperate need for encouragement, and out all the details came.

I don’t think she knew before that moment that I was a single mother, let alone that I was shouldering those responsibilities on my own since my son’s father had long since abandoned him.

She didn’t know that despite my upbringing in conservative evangelicalism I often felt like a fish out of water at Liberty, that my reliance on food stamps, Medicaid, welfare and subsidized housing were both necessary means for our survival and a source of shame.

And she certainly didn’t know I was facing the excruciating prospect of a humiliating paternity trial callously insisted on by a man who had already caused me much pain.

Dr. Isaac didn’t know any of that, at least not until I wept in her office that day.

It’s been 24 years since our conversation, but Dr. Isaac still stands out to me as the best of what Liberty University offers, despite that she hasn’t taught at the school in years. It was a pivotal moment in my academic and spiritual formation.

By worldly standards, I mattered very little: I was a drain on taxpayer resources, I barely contributed to the economy, and my paltry experience and skills were not much use to anyone at that time.

Yet to Dr. Isaac I mattered implicitly.

She listened without judgment, empathized without detachment and prayed without reserve. I had had few interactions with Dr. Isaac before that meeting, but I knew then that she had a deep love and care for her students. That day, she served as the hands and feet of God to me in my hour of real need, and her response made the difference between self-condemnation and self-acceptance.

As I think back to the life-giving words of compassion and reassurance she spoke over me there in her tiny office over the school’s post office, I better understand why Jerry Falwell Jr.’s presidency has viscerally troubled me for at least a decade.

While the last four years have introduced the public to Falwell’s fixation on money and power, these values have infiltrated the school’s ethos and increasingly taken hold under his leadership.

For years, Falwell’s vision for the school and his leadership style have threatened to overshadow humane, private unsung acts of love like those of Dr. Isaac.

In his demeaning tweets, his misplaced priorities and his hyper-partisan spirit, Falwell has repeatedly shamed Liberty faculty who have invested much into the lives of their students and who have so earnestly sought to live out the gospel as Christian academics. 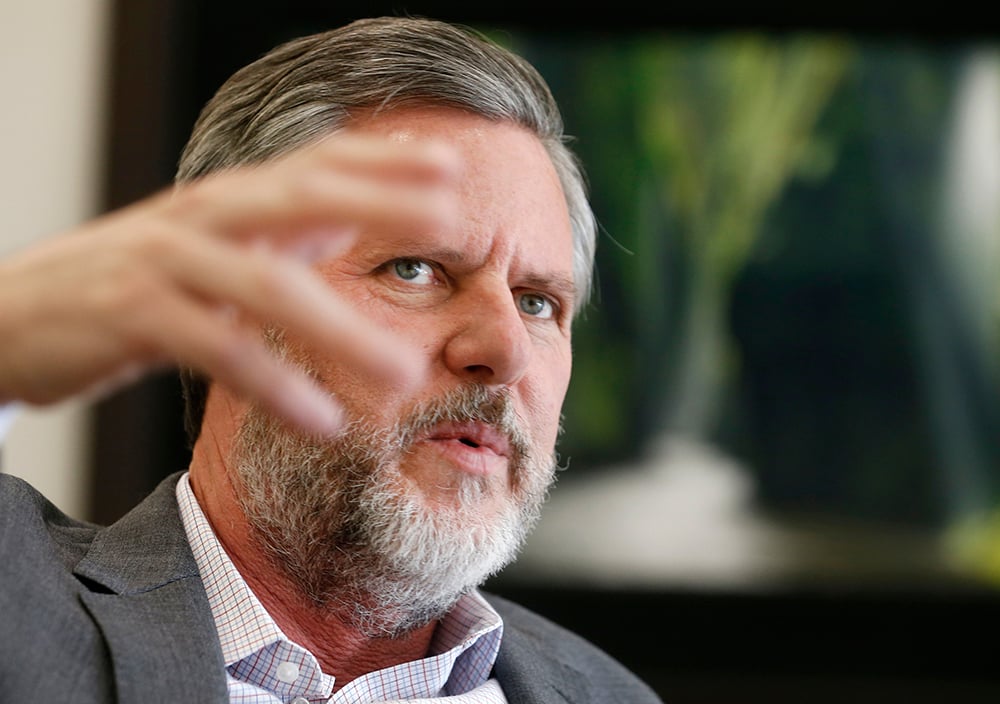 Again and again, Falwell undermined their work, both implicitly by publicly misrepresenting the faith they stand for and explicitly through the administrative and fiscal burdens placed on departments, programs and faculty, leading the school further and further away from its stated biblical mission.

So many of my dear friends were victims of the calculating indifference that put profits over people, their careers cut short to satisfy the bottom line despite the school’s ballooning endowment.

But money and power as a mark of success or a satisfying objective for one’s life run counter to what I was taught at Liberty. It was through the faculty that I learned the importance and value of education in shaping one’s character and life, not merely in pursuit of job training.

My professors, especially in the English department, cared passionately about their faith and its implications for scholarship. They pushed me to hone my thinking and communication skills; they saw my talents and encouraged them. I could never have finished my undergraduate degree without their support, and I wouldn’t have found my vocational calling without their guidance.

I know that others tell less flattering tales about their time at Liberty, and I don’t mean for my account to paper over those negatives. Those stories flesh out the complicated picture of the institution and are necessary to tell.

I know only that there are many at the school who reach out to the vulnerable and embody love. Even schools with a Christian label can be a mission field.

When I began teaching at Liberty after finishing graduate work at Longwood University, I strove to show that same kind of dedication to scholarship and service that teachers like Dr. Isaac showed to me. A former colleague of mine often cites Roger Lundin, a longtime Wheaton College professor, who calls teaching a way of paying back an endless debt of gratitude.

For me, things changed at Liberty during the election of 2016, especially after Trump’s infamous Access Hollywood tape dropped and Liberty’s president defended the then-Republican candidates.

I’ve written about this before:

“To hear a rich and famous man speak with such casual pride on the license his power gives him to have his way with women—married or not—sparks shame deep within me. Shame because I know he’s right,” I wrote in a 2016 essay.

I can’t help but look at my female students at the university where I teach and wonder if they feel the same shame.

It’s to that, that I speak now.

I want desperately for them to know that — no matter who has failed them, no matter what they have done, no matter who speaks lies to and about them — they are loved abundantly. They are created for a purpose they will find only in their Maker; they are unique and wonderful and valuable beyond measure.

I can’t speak to how successful I’ve been, as that’s for others to decide, but over my seventeen-year tenure, I have certainly done all I can to inculcate in my students a deep commitment to human dignity and dedication to the Christian gospel. I’ve seen so many of my colleagues do the same.

For me, this is Liberty University, and it’s why I’m hopeful the board will use this moment as a reckoning, that it will take stock of where and how the leadership has jettisoned the mission for expediency and profit, where it has failed to live up to the school’s doctrinal commitments.

In order to honor the faithful service of so many like Dr. Isaac, and even more importantly, in order to honor the gospel, it absolutely must chart a new course, one that seeks first the kingdom of God and his righteousness, not the prestige or position that Falwell so highly prized.

My prayer is that the new leadership will focus on the real business of the university, not NASCAR sponsorships, propagandistic think tanks, or yucking it up with political firebrands. This renewed vision must see the school as part of the church, understanding its role as in service of the great commandment and commission, not as a partisan platform.

New leadership should use the school’s substantial endowment to protect essential but non-lucrative programs. It must turn away from the notion that bigger is better, from the rapacious and insatiable greed that easily tramples those seen as expendable.

To be true to the school’s Christian roots, the new leadership must embrace weakness, relying on God’s strength and not human achievement to meet its mission. The way up is the way down, as Marlena Graves so beautifully reminds us, echoing Paul’s charge in Philippians 2.

This new leadership would do well to follow William James’ example and be “done with great things and big plans, great institutions and big success.”

Instead, they must center “those tiny, invisible loving human forces that work from individual to individual, creeping through the crannies of the world like so many rootlets, or like the capillary oozing of water, which, if given time, will rend the hardest monuments of pride.”

Falwell’s chastening is a somber moment both for him and the school, and there’s much to be lamented about how the situation played out. But it’s a mercy, too — for Falwell and the school alike. For, rightly handled, it’s a moment that can be bathed in grace and hope, and veritably rife and redolent with redemption. Indeed, disruptions like this can throw what’s important into sharp relief. Worldly success is fleeting, yet it can be a powerful temptation to pride and can easily obscure what’s of ultimate value.

“What good is it for someone to gain the whole world, yet forfeit their soul?” Jesus asks in Mark 8:36. That same question is being put to the Liberty University board right now. For the sake of the broader community and the church, for the sake of the university and Falwell himself, I pray that they embrace the right answer.

(Marybeth Davis Baggett is a former English professor at Liberty University and two-time alumna of the school. She is co-author of The Morals of the Story. Views expressed in this commentary do not necessarily reflect those of Religion News Service.)