(RNS) — On Thursday (Aug. 6), after Joe Biden had spent the morning addressing a meeting of the leaders of the Progressive National Baptist Convention, a predominantly Black denomination, President Trump used part of a press conference to make wild assertions about the former vice president’s approach to faith. If Biden were to become president, Trump said, there would be “no religion, no anything.” He claimed Biden would “hurt the Bible” and “hurt God.” Trump asserted that Biden was “against God.”

As a White House staffer, I had the opportunity to see Vice President Biden up close. Trump’s assertions could not be more wrong. With these remarks, Trump has demonstrated once again that he doesn’t tell the truth and doesn’t understand faith, religion’s role in American public life, or Joe Biden.

During my first weeks as special assistant to President Obama, the White House hosted the 2013 Easter Prayer Breakfast. Obama and Biden both gave eloquent remarks about their personal faith at the breakfast and greeted participants, Christians who were diverse not only in terms of their denominations but also their political stripes.

I was still learning the ropes, and my lack of experience showed that day. When I saw Biden later, he smiled warmly and said, “Are you getting the hang of it?” Needless to say, it’s unusual for a person of Biden’s rank to check on and encourage a staffer. Nevertheless, that’s the sort of kindness Joe Biden extends to everyone.

It’s what we Baptists call walking the talk. Biden speaks readily and movingly about his personal faith, including the duty to love one’s neighbor. But even more importantly, he lives out his faith on a daily basis. Biden is also a regular churchgoer. Even when Vice President Biden was on the road during the Obama-Biden administration, he would quietly find a church to attend. His focus was on worshipping, not on being seen doing so.

Moreover, Biden was at home not just in churches but in houses of worship of all kinds. He has longstanding friendships and working relationships with people of many different faiths. Biden has a profound appreciation for the remarkable pluralism that has characterized America at its best.

I also saw that Biden takes the voices of people of faith seriously. Some government officials just “call in the collars” — contacting clergy at the last minute to ask them to bless deals they’ve had no opportunity to shape. That’s not Biden’s approach.

As vice president, Biden wanted to have real, robust exchanges with faith leaders. One meeting (of many) he convened with religious leaders was about increasing background checks for guns in the wake of the Sandy Hook massacre. Participants in the meeting were religiously and ideologically diverse, including the Rev. Franklin Graham of Billy Graham Ministries, Sister Marge Clark of Network, Rabbi David Saperstein of the Religious Action Center of Reform Judaism and the Rev. Michael McBride of Faith in Action. Biden carefully navigated the diversity of views, listening to everyone. He always kept the focus where it should be — on problem solving, especially for those who are vulnerable.

Vice President Biden demonstrated the same kind of leadership in preparing for Pope Francis’ visit to the United States. The goal wasn’t to have a photo opportunity; it was to use the power of the moment to change people’s lives for the better. Biden became personally and deeply involved in finding areas of common ground between the Vatican and the administration, including by convening a series of meetings with religious and other civil society leaders.

When the pope arrived at the White House, the Obama-Biden administration was able to announce a number of executive actions, including a marked increase in the number of refugees the United States could accept, partnerships with civil society organizations to combat climate change and new efforts to promote religious freedom around the world.

Crucially, Biden knows that it’s not the job of U.S. government officials, especially the president, to tell Americans who is and is not godly, to inform religious communities who is the best political candidate for them, or to tell Americans they should cast their ballot based on a person’s religious affiliation or lack thereof. And Biden knows that the bully pulpit is no place for fear-mongering on factors like faith, race or ethnicity. 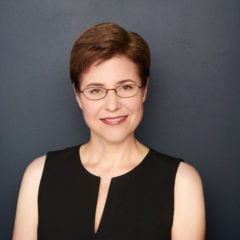 (Melissa Rogers served as special assistant to President Barack Obama and executive director of the White House Office of Faith-Based and Neighborhood Partnerships from 2013-2017. She is the author of “Faith in American Public Life” and co-author of “Religious Freedom and the Supreme Court.” The views expressed in this commentary do not necessarily reflect those of Religion News Service.)