(RNS) — Sen. Kamala Harris’ selection to be Joe Biden’s running mate occurs at an inflection point in our world. Like the biblical Queen Esther, Harris seems to be specially shaped for “such a time as this”: when the killings of George Floyd and Breonna Taylor have revived and reanimated the Black Lives Matter movement just as the deaths of two civil rights icons, Congressman John Lewis and the Rev. C.T. Vivian, reminded us that voting rights are still a crucial issue.

Biden had promised that he would pick a woman to be his vice presidential nominee, and because of the country’s current reappraisal of its racist history, the expectation quickly became that she would be Black. After vaulting to the top of the Democratic primary race on Super Tuesday, when Black voters in Southern states have the greatest voice, he must also surely have been conscious of those voters’ historical loyalty to the Democratic Party in making his choice.

But the story is a bit more complex than their loyalty to party. More broadly, Black women have been loyal to the politics of liberation, participation, emancipation and uplift, knowing that raising themselves from the bottom would benefit entire communities and the country as a whole.

Harris, the second Black woman elected to the Senate, is herself the product of this history. She has acknowledged the African American political, organizational and communal capital that is invested in her: her Baptist church; the neighborhood in Oakland, California, where she grew up; Washington, D.C.’s Howard University; and the Alpha Kappa Alpha sorority. She rose out of these organizations and movements, the micro-loves of “othermothers” in her church and community and the macro forces of sisterhoods aimed at lifting and transforming.

But she is also part of the larger story of immigration. She identifies as both African American and Asian American. Her father was born in Jamaica and her mother in India — Harris represents a long but unacknowledged tradition of multicultural integration within Black communities. Together, her parents, who met while working on civil rights issues, are part of a historical moment in the making of African America that historian Ira Berlin has called “the global passage.”

Berlin describes four major migrations constructing and constituting “African America” — the middle passage, the passage to the interior, the Great Migration and, after 1965, the global passage.

That global passage has brought the U.S. its largest voluntary immigration of people of African descent — many of them students, educators and professionals. Unlike earlier Caribbean immigrants, those who arrived in the global passage have sometimes bypassed the Black community’s organizational mainstream. Harris’ parents did not: She benefited from the polycultural reality of her family heritage — Jamaica, India, the African American community and the desegregated schools that her forebears fought for. 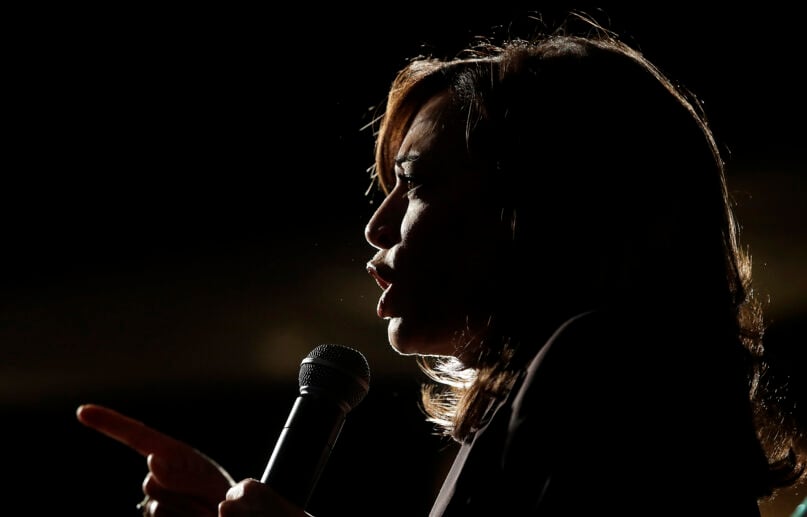 Harris, then, is part of a long line of African American women who have pursued their political goals through mothers clubs, church boards, missionary societies, mutual-aid associations, sororities, temperance leagues, fraternal auxiliaries, literary societies and professional and industrial women’s clubs since before the passage of the 19th Amendment gave women the right to vote.

During Reconstruction, Black women participated in political meetings and provided armed security for men’s political meetings in churches, schools and lodge halls. When Black voters faced threats of violence at the ballot box, notably in Wilmington, North Carolina, in 1898, African American women insisted that men risk their lives to vote. 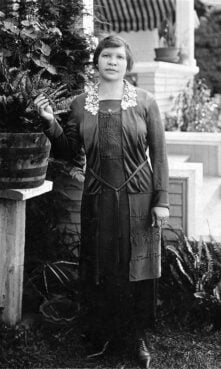 In the fight for women’s suffrage, W.E.B. Du Bois identified Black women as the organizational infrastructure of Black America. Political scientists have also shown that Black women have persisted in voting at higher rates than other groups, regardless of social class.

Harris is also part of a lineage of Black women who served as vice presidential nominees on minor party tickets. The first was Charlotta Spears Bass, a newspaperwoman and civil rights activist who died in 1969 and who was the Progressive Party’s 1952 vice presidential candidate.

In Stanley Nelson’s film about the Black press, “Soldiers Without Swords,” Bass usually appears either in a printer’s apron smudged with ink or in a Sunday suit and hat, wearing the telltale corsage of a Women’s Day speaker in Los Angeles’ Black churches.

As the owner and publisher of The California Eagle, Bass championed the poor and dispossessed, and it was that cause she carried into the 1952 presidential campaign. Though she knew the chance of victory was less than slim, Bass insisted that “we win by raising the issues.”

In 1980 and 1984, philosopher and activist Angela Y. Davis ran on the Communist Party ticket with Gus Hall, part of Davis’ larger program against racist and political repression that anticipated today’s attacks against mass incarceration and the carceral state. (Davis is currently planning to vote for Joe Biden.) 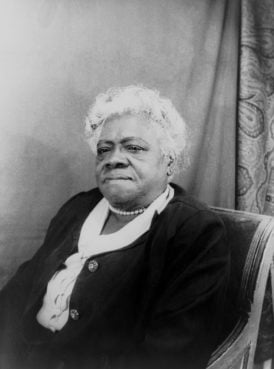 But since the mid-20th century, Black women have increasingly made their political home and exercised their influence in the Democratic Party. Their journey out of Republican politics began with the Great Migration and the New Deal, when the Black educator Mary McLeod Bethune became an adviser to President Franklin D. Roosevelt. It was sealed by the Democratic Party’s 1948 adoption of civil rights and the party’s support of the civil rights movement in the following decades.

But it was during the 1964 Freedom Summer, however, that Fannie Lou Hamer, Unita Blackwell and other voting rights activists challenged the Democratic National Convention’s rules committee, prompting the party to make its white-dominated nominating process more open to people of color. Their courageous stand made room for Black women and solidified their place in the party.

Since Shirley Chisholm’s election to the House of Representatives in 1968, 46 Black women have served in Congress — two in the Senate and 44 in the House. U.S. Reps. Barbara Jordan, Maxine Waters, Marcia Fudge and Eleanor Holmes Norton have been particularly visible national leaders.

(Cheryl Townsend Gilkes is an assistant pastor for special projects at Union Baptist Church in Cambridge, Massachusetts, and is the John D. and Catherine T. MacArthur Professor of African American Studies and Sociology at Colby College. She is the author of “If It Wasn’t for the Women.” The views expressed in this commentary do not necessarily reflect those of Religion News Service.)

News
Rev. Al Sharpton calls for justice in police killing of Valentina Orellana Peralta
Follow us on Facebook!
Submit your photos to RNS