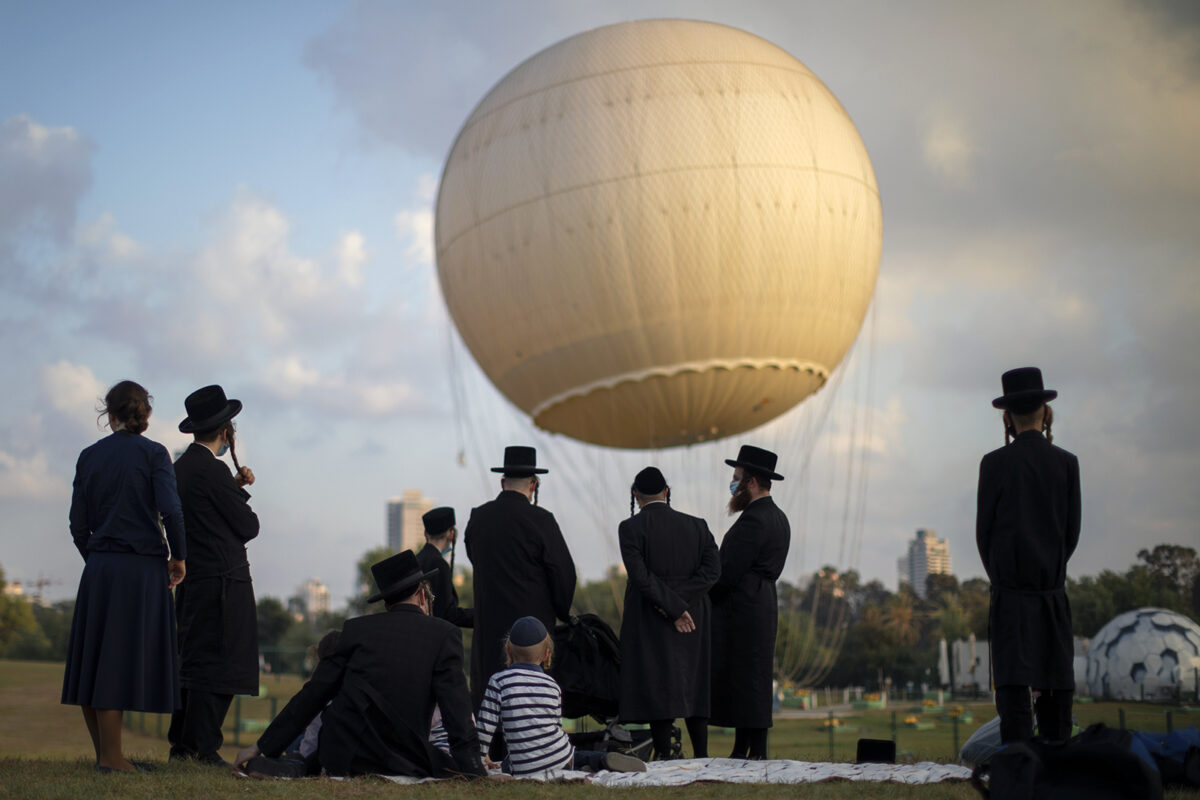 (RNS) — Each week Religion News Service presents a gallery of photos of religious expression around the world. This week’s photo gallery includes reactions to the new deal of full diplomatic ties between Israel and the United Arab Emirates, a variety of Hindu festivals, and more. 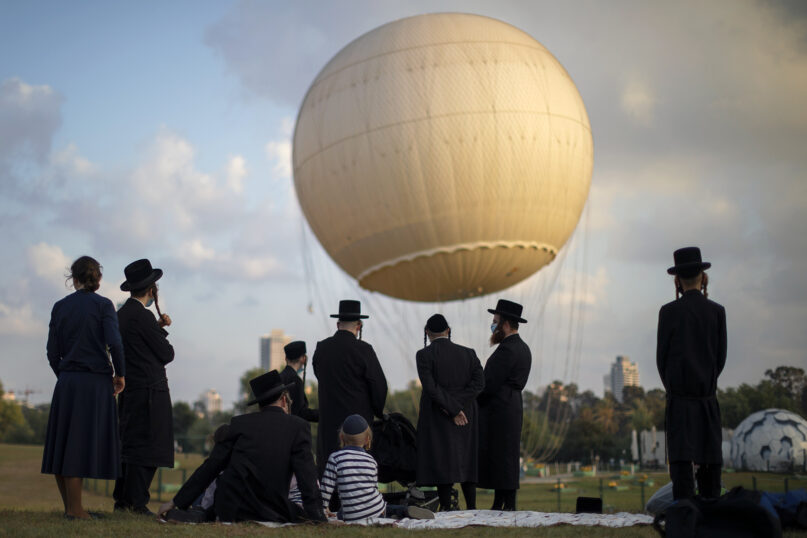 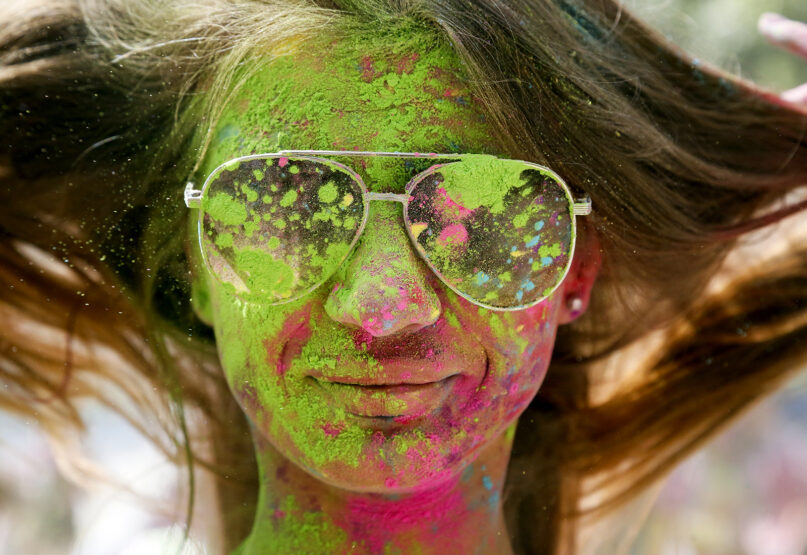 A woman smiles as her face is covered with colored powder during the Holi festival in Kyiv, Ukraine, Saturday, Aug. 8, 2020. Ukrainians mark the ancient Hindu festival, also known as the festival of colors or the festival of love, which signifies the victory of good over evil. Normally celebrated in spring, the festival was postponed due to the coronavirus. (AP Photo/Efrem Lukatsky) 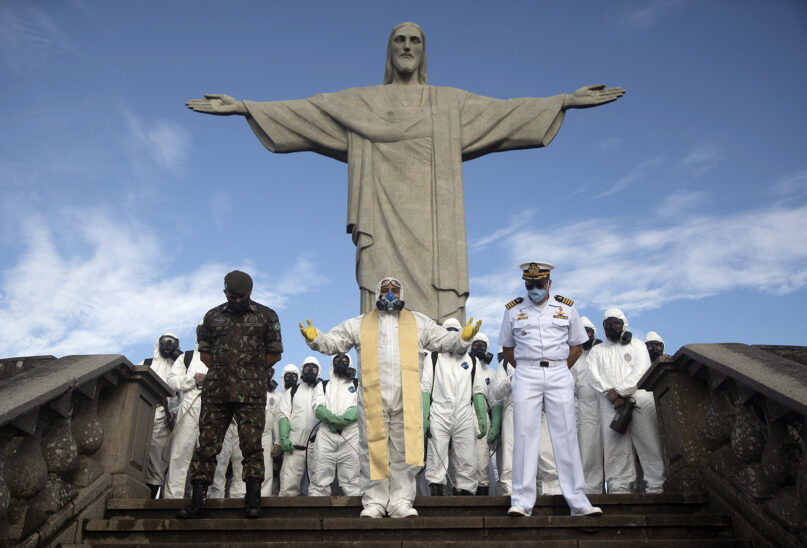 The Rev. Omar, center, a Catholic priest, leads a prayer for soldiers disinfecting the Christ the Redeemer, currently closed during the coronavirus pandemic in Rio de Janeiro, Brazil, Thursday, Aug. 13, 2020. Authorities disinfected the site of the statue looming over Rio's beaches, preparing for what tourism officials hope will be a surge in visitors the upcoming weekend as health and travel restrictions are eased. (AP Photo/Silvia Izquierdo) 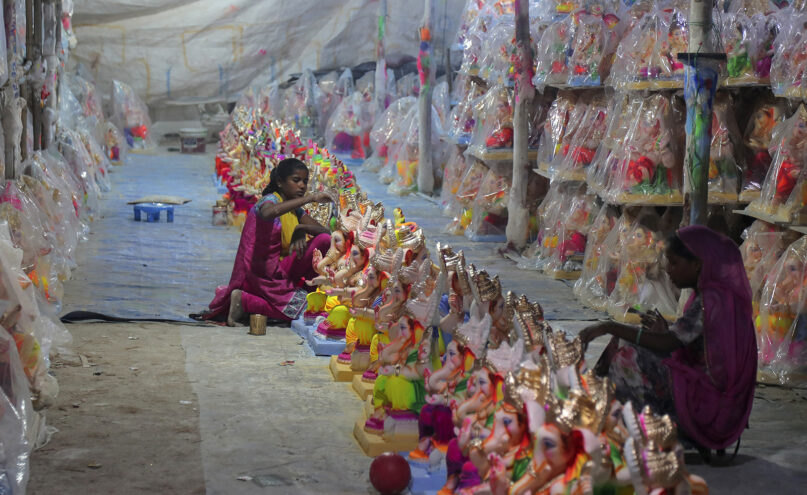 Indian artists paint statuettes of the elephant-headed Hindu god Ganesha ahead of the Ganesh Chaturthi festival in Hyderabad, India, Wednesday, Aug. 12, 2020. The festival marks the birth of Lord Ganesha, widely worshiped by Hindus as the god of wisdom, prosperity and good fortune. (AP Photo/Mahesh Kumar A.) 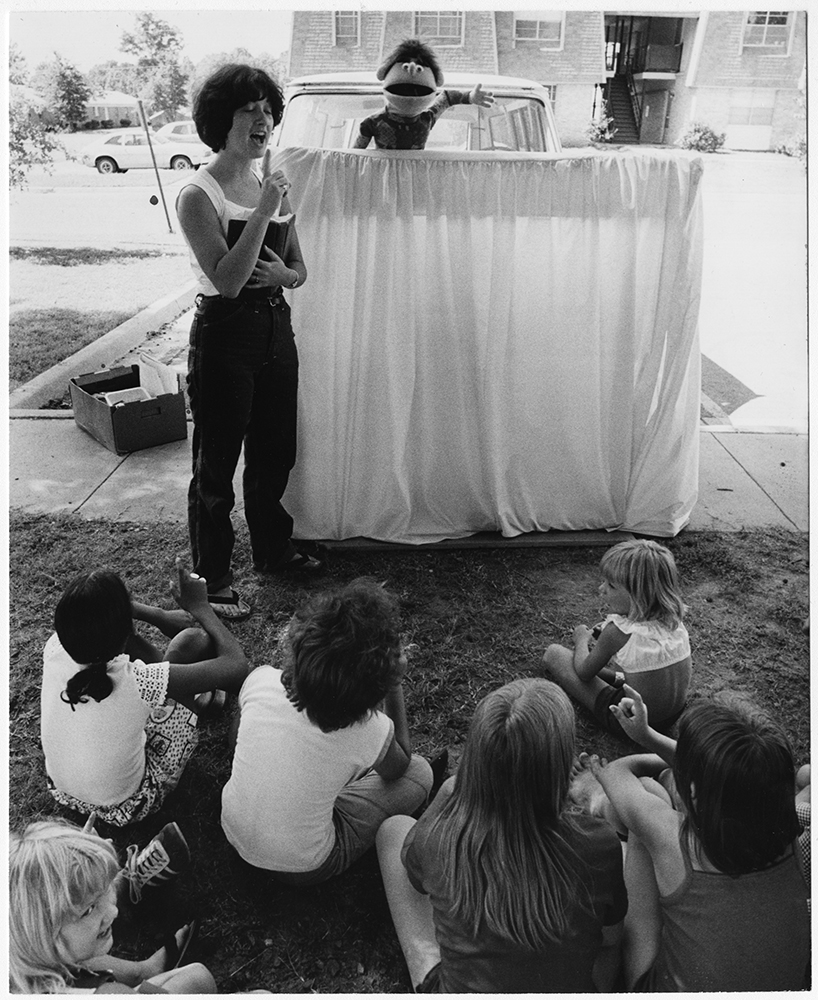 Teri Ward, 16, of Powder Springs, Georgia, a participant in the Southern Baptist Convention's Sojouner program, entertains youngsters attending a resort mission in Russellville, Arkansas, in summer 1980. Sojouners was a summertime unit of the SB Home Missions Board, which annually gave 50 high school students an opportunity to serve at various missions outside their home area. RNS archive photo by Jim Wright. Photo courtesy of the Presbyterian Historical Society Ultra-Orthodox Jews, followers of the Hasidic sect of Shomrei Emunim, wear protective face masks to combat the coronavirus outbreak, as they attend the funeral of Rabbi Refael Aharon Roth, 72, who died from the virus, in Bnei Brak, Israel, Thursday, Aug. 13, 2020. (AP Photo/Oded Balilty) An Indian woman holds a child dressed as Hindu god Krishna as they watch Janmashtami festival celebrations in Ahmedabad, India, Thursday, Aug. 13, 2020. The festival celebrates the birth of Krishna. The coronavirus pandemic has led to the cancellation of many festivals, events and religious celebrations across India. (AP Photo/Ajit Solanki) Tel Aviv City Hall is lit up with the flag of the United Arab Emirates as the UAE and Israel announced they would be establishing full diplomatic ties, in Tel Aviv, Israel, Thursday, Aug. 13, 2020. In a nationally broadcast statement, Prime Minister Benjamin Netanyahu said the "full and official peace" with the UAE would lead to cooperation in many spheres between the countries and a "wonderful future" for citizens of both countries. (AP Photo/Oded Balilty) 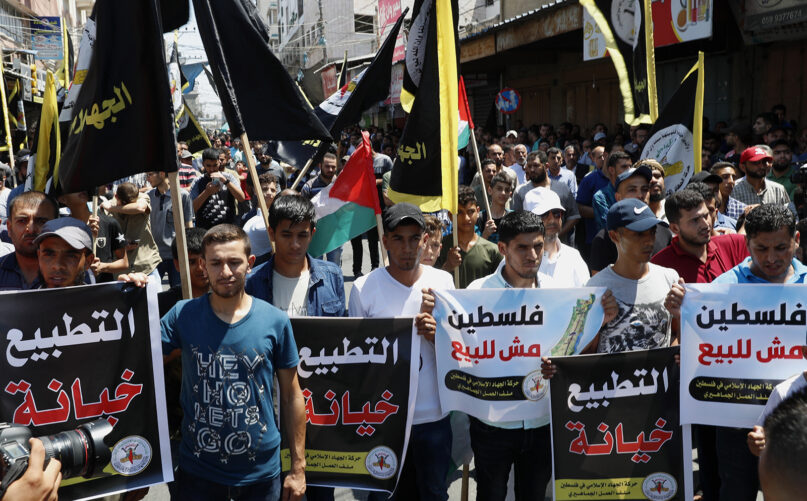 Islamic Jihad supporters hold placards as others wave flags during a protest against the new United Arab Emirates - Israel deal, after Friday prayers on the main road of Gaza City, Friday, Aug. 14, 2020. Some Arabic signs read " Normalization is treason, Palestine is not for sale". Several militant groups rejected the U.S.-brokered deal establishing formal ties between Israel and the United Arab Emirates in exchange for Israel dropping its plans to annex West Bank land. (AP Photo/Adel Hana) 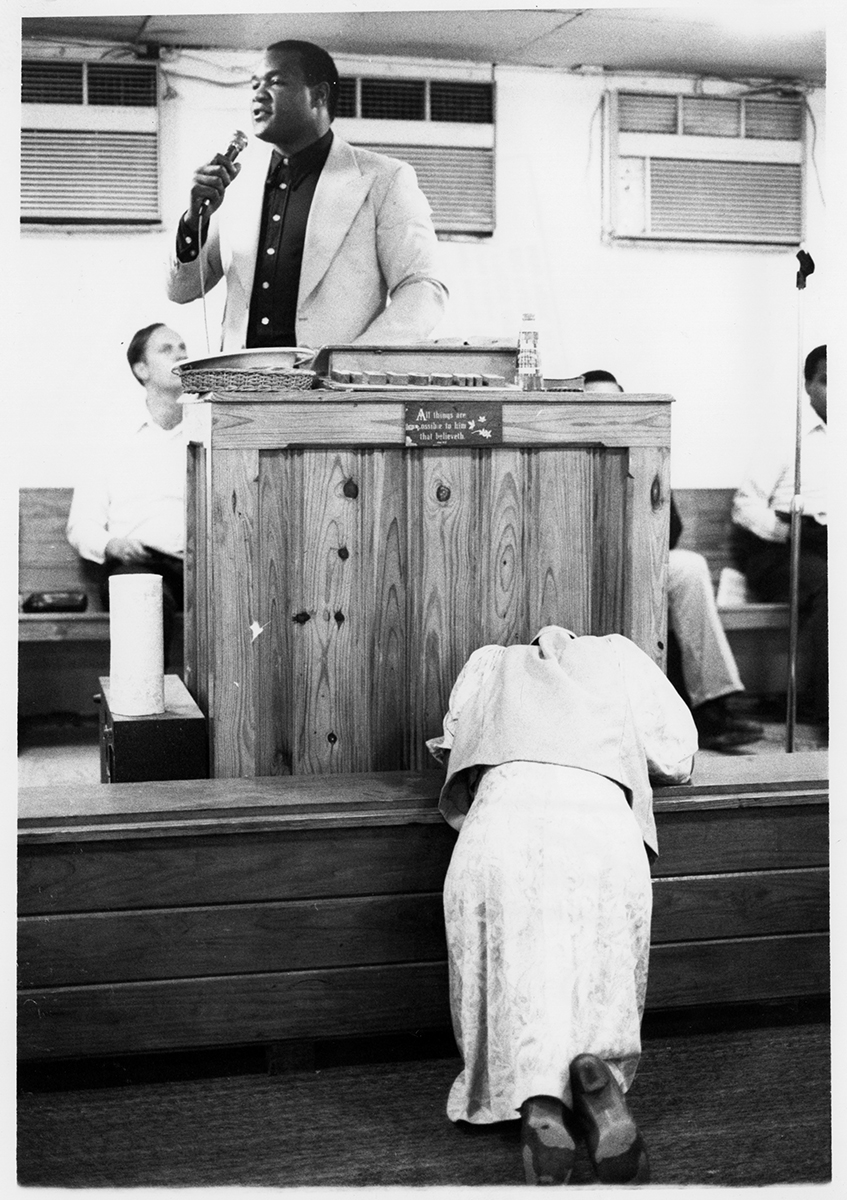 Heavyweight boxer George Foreman gives testimony at the Church of Our Lord Jesus Christ, in Houston, on March 14, 1980, as a woman kneels. "I'm trying to go out and preach on the streets and bring people here," Foreman said. "That's my job. Once they get here, I let the pastor or one of the brothers preach. Every now and then, when there are five or six new people in the church, I'll get up and give my testimony of what happened to me and give them a word or two with it, you know, try to create a little interest and then I sit down and let somebody else preach. Sort of like you go fishing. I'm just a little bait for people to come to the Lord." RNS archive photo by Walt Frerck. Photo courtesy of the Presbyterian Historical Society