(RNS) — This week, as we marked 100 years since the ratification of the 19th Amendment, Kamala Harris accepted the Democratic party’s nomination for vice president, making her the first person of color and only the third woman in U.S. history to be considered for the second highest office in the country by a major party.

As a female pastor who has been the first woman in all of my senior roles (therefore all too familiar with the obstacles and pitfalls of entering a male-dominated profession) and as a woman of Indigenous descent, I can only greet this news with one emphatic response: It’s about time.

It has been far too long that men have dominated decision-making roles; it’s time to engage the leadership of committed women to take us forward.

If our country is to have any hope of rising to the challenges before us — from the pandemic to systemic racism to economic collapse, gun violence and changing climates — we must call upon our most capable and talented leaders.

There are, of course, many talented male leaders; our history books are full of them. Unfortunately, the unique skill sets of women have not been tapped nearly enough. We have different lived experiences, which yield different styles of leadership, different modes of problem solving and different perspectives.

Theologian and economist Eve Poole highlights in her work that one of the differences between male and female leadership is how they respond to crisis. While men more often than not adopt the “fight or flight” mechanisms we’re all so familiar with, women actually engage in a behavioral pattern best characterized as “tend and befriend.” That is, women are more likely to respond to threats by building networks of mutual support, finding creative collaborations and sharing resources. These opposing responses could provide one possible explanation for the anecdotal evidence that single men are especially struggling with social isolation during COVID because they are less accustomed to reaching out and forming relationships in times of stress.

We’ve seen the effectiveness of female leadership at combating many of our toughest challenges expressed at all levels of political power. It has been well documented that countries with women heads of state have responded better to the coronavirus crisis. In the private sector, having women on corporate boards has been demonstrated to reduce the company’s risk tolerance, increase profitability and provide greater long-term stability. (Imagine how the 2008 financial crisis might have played out differently if there had been a few more women on the boards of our largest institutions.)

And at the grassroots level, no one has been more effective at championing policies to make our communities stronger, safer and more just than groups like Moms Demand Action organizing for gun violence prevention and the Wall of Moms in Portland, Oregon, protesting racial injustice. 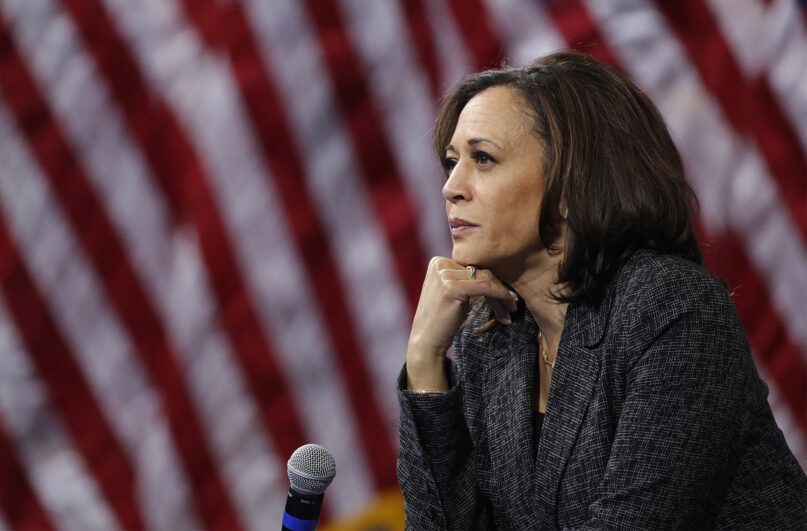 If we need any further examples of what capable female leaders can accomplish — particularly women of color — I’ll direct anyone to Wednesday night’s footage of the Democratic National Convention.

And given the realities of sexism and misogyny in all sectors of society (from corporate America to the church to politics), in order for women to rise to the level of Kamala Harris or any other high-profile female leader we have to be at least twice as good as our male counterparts. And women of color must be even more competent than that. As they say, it’s Ginger Rogers doing everything Fred Astaire did, but backward and in high heels.

To not be drawing upon these strengths at a time when our country is in such a deep state of crisis would be more than foolhardy; it’s dangerous. It’s like a surgeon choosing to operate with only a scalpel and not utilizing any of the other instruments at her disposal.

The myth of rugged individualism is literally killing us — from the refusal to wear masks, to the insidious belief that people of color just need to pull themselves up by their bootstraps, to the destruction our consumerism is wreaking on the planet. There has to be a better way.

The different leadership and behavioral styles of men and women matter when it comes to Biden’s running mate because we know that the vice president is often tasked with spearheading crucial initiatives. When Biden was himself vice president, President Barack Obama tasked him with heading up the Gun Violence Prevention Task Force after the Sandy Hook shooting. And, as we’ve seen, it’s Vice President Mike Pence currently leading the tragically ineffective Coronavirus Task Force.

Imagine how leadership styles employed by capable women could be applied to many of the challenges we face.

How would a female VP approach closing the Charleston loophole, which allows potential murderers to purchase guns without completing a background check? How different would the Coronavirus Task Force look with Harris at the helm?

Would a “tend and befriend” approach result in better cross-sector cooperation between American governmental agencies, corporations, health care providers and the public to increase the production and availability of testing and make this period of social isolation more manageable? Would we have more quickly engaged our international allies to share resources and learn from their experiences?

(Amy Butler is the interim senior minister of the National City Christian Church in Washington, D.C. Connect with her at pastoramy.com. The views expressed in this commentary do not necessarily reflect those of Religion News Service.)