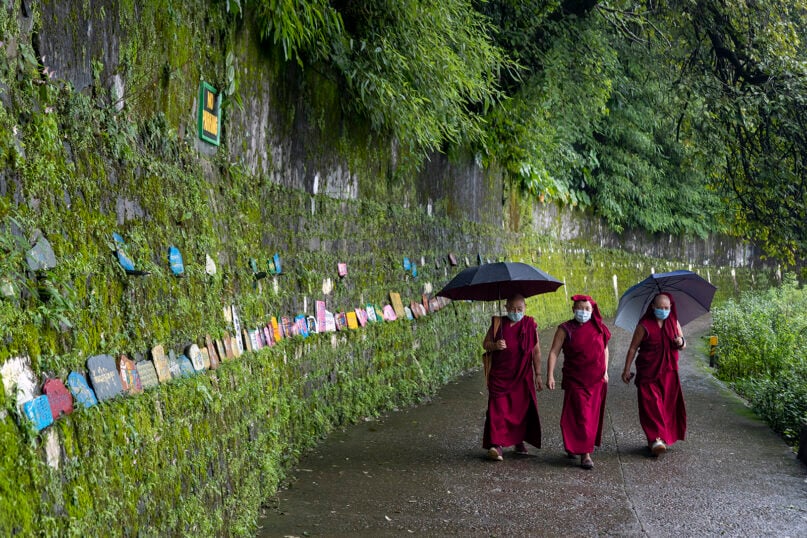 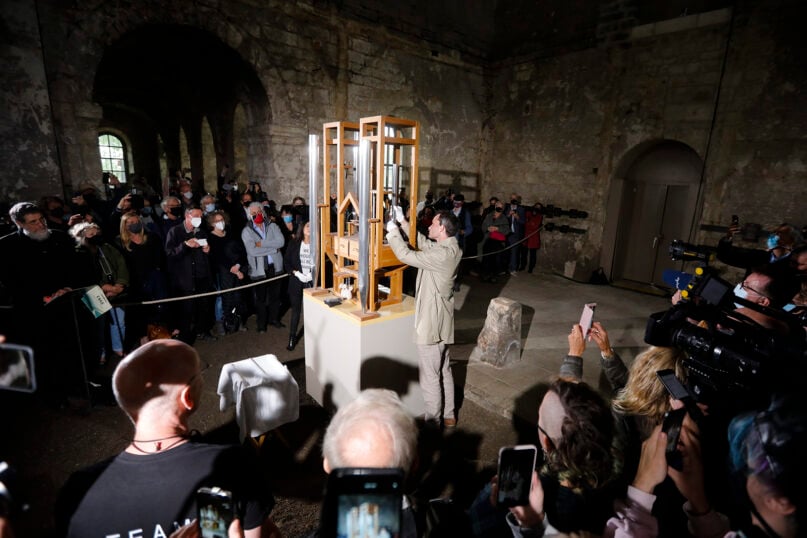 Organist Julian Lembke, center, changes a pipe on the organ of the John Cage organ project during a ‘chord change’ at the partially ruined Burchardi Church in Halberstadt, Germany, Saturday, Sept. 5, 2020. The performance of the “ORGAN/ASLSP,” or As Slow As Possible, composition by John Cage began in September 2001 at the church and is supposed to end in 2640. The last chord change was in 2013. (AP Photo/Markus Schreiber) 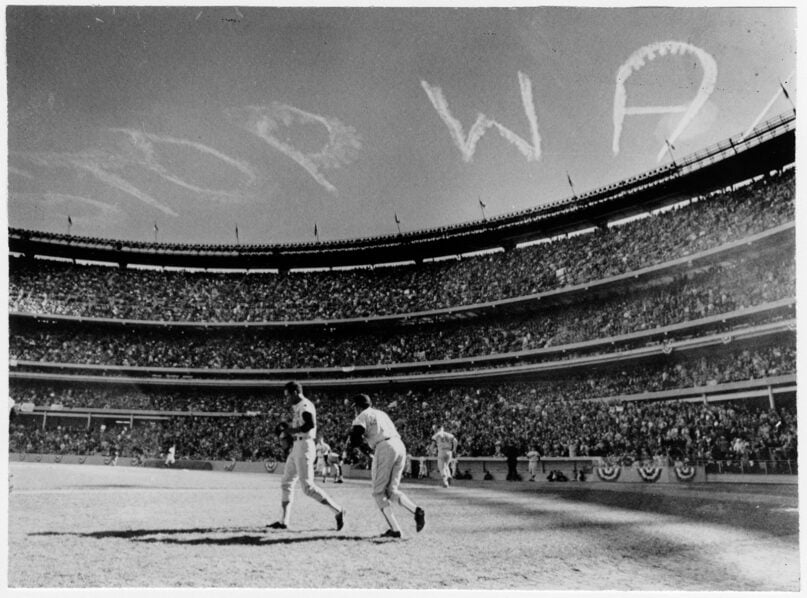 With Vietnam Moratorium Day under way, a “Stop War” message takes shape in large sky-written letters above New York’s Shea Stadium during the fourth game of the World Series between the New York Mets and the Baltimore Orioles on Oct. 15, 1969. RNS archive photo. Photo courtesy of the Presbyterian Historical Society 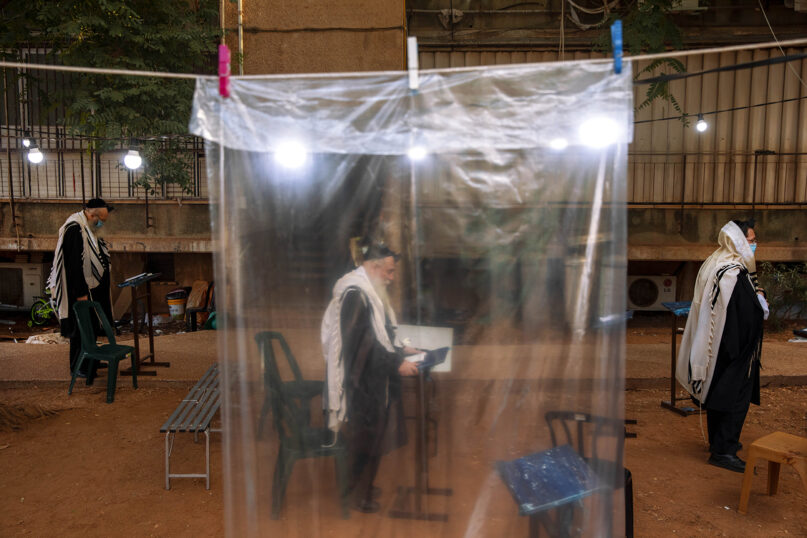 Ultra-Orthodox Jews socially distance and wear face masks during morning prayer next to their houses, as synagogues are limited to 20 people by the Israeli government to help stop the spread of the coronavirus, in Bnei Brak, Israel, Tuesday, Sept 8, 2020. Israel is struggling to contain an outbreak that has claimed more than 1,000 lives and remains at record levels of new infections. Cities with large ultra-Orthodox Jewish populations, like Bnei Brak, have been among the hardest hit. (AP Photo/Oded Balilty) 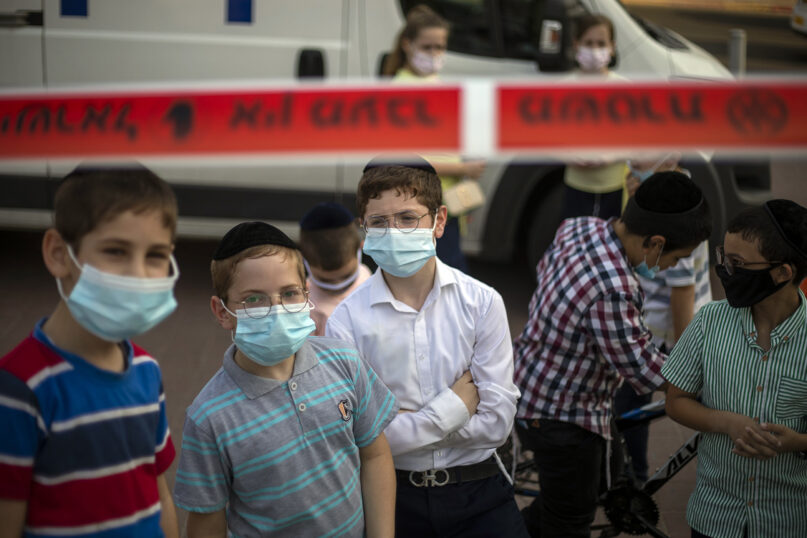 Ultra-Orthodox Jewish children wear face masks to slow the spread of the coronavirus as they gather in Bnei Brak, Israel, Sunday, Sept. 6, 2020. The death toll from the coronavirus in Israel has surpassed 1,000, as the government considers steps for imposing new restrictions to quell a resurgence in infections. (AP Photo/Ariel Schalit) 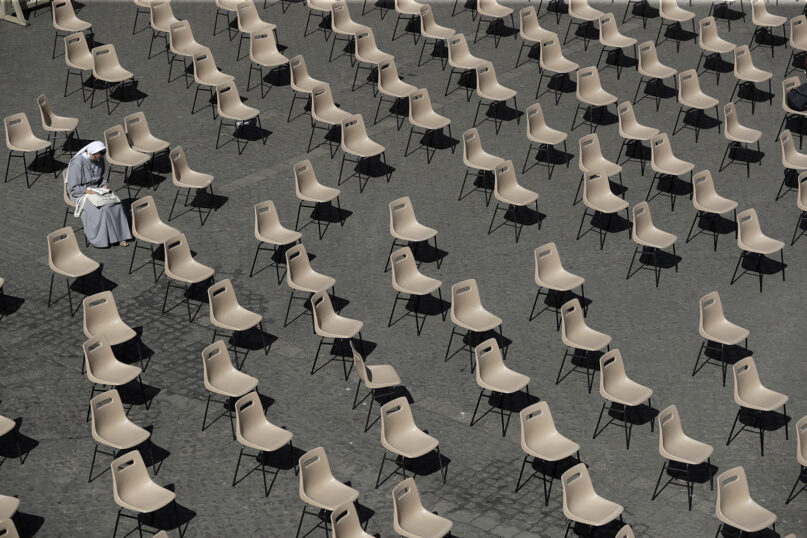 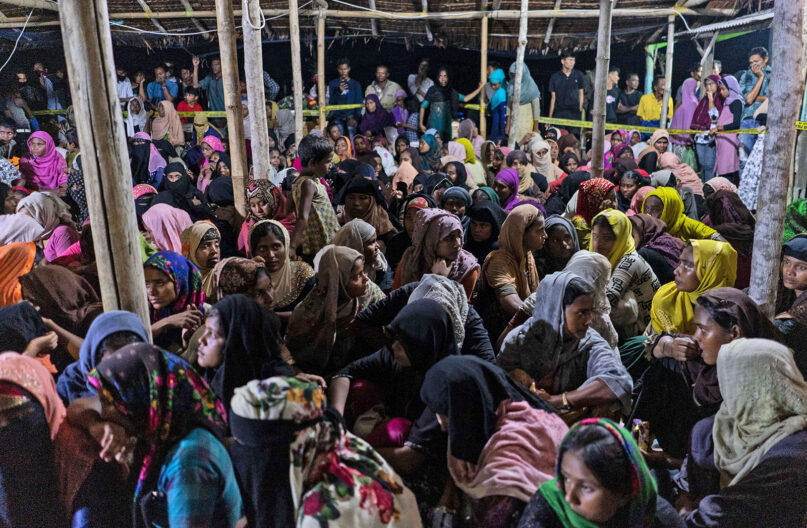 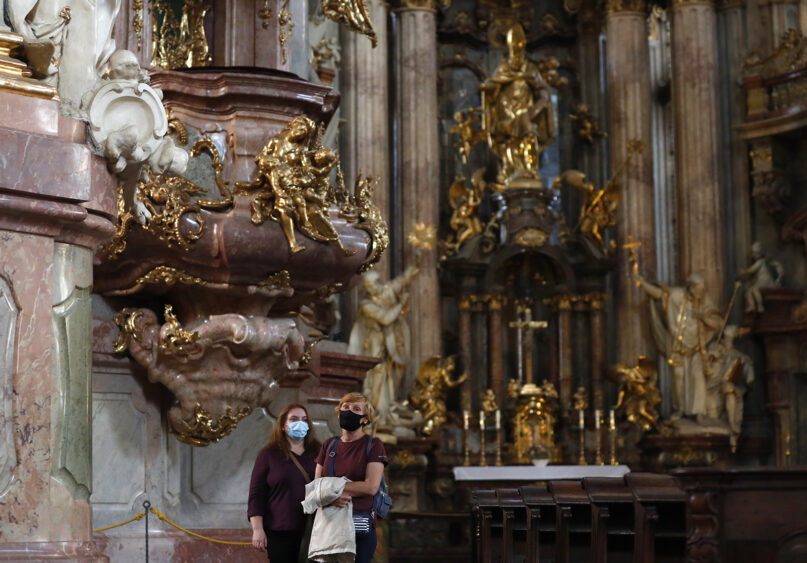 Visitors tour St. Nicholas Church in Prague, Czech Republic, Thursday, Sept. 10, 2020. The Czech Republic is returning to mandatory mask wearing in interior spaces amid a steep rise in new coronavirus cases. Starting Thursday, people across the country are required to cover their face in all public places, including stores, shopping malls, post offices and elsewhere, but also in private companies where employees cannot keep a distance of 6 feet from one another. (AP Photo/Petr David Josek) Ballet West rehearses for its New York City debut of African Sanctus, by British composer-explorer David Fanshawe, in March 1980. The ballet is based on Mr. Fanshawe’s 2,000-mile odyssey through Africa and combines field recordings of more than 50 African tribes within a musical setting of the traditional Mass. The composer said, “Wherever I went people were praising things — that is what African music is all about. It could be Christ or Muhammad, or something like love, creation or cattle.” RNS archive photo by Paul Kolnik. Photo courtesy of the Presbyterian Historical Society