It’s a question Richard Berry said he wrestled with for years, unsure of how to match his Christian faith with his appreciation for firearms and self-defense. A native of Olathe, Kansas, he told Religion News Service he began grappling with the issue of God and guns in earnest following a 2017 shooting incident near his house.

In February of that year, Srinivas Kuchibhotla and Alok Madasani, both Indian, were enjoying after-work drinks at Austins Bar and Grill when a man named Adam Purinton began to yell and pepper them with questions about their immigration status. Purinton was tossed out of the bar but returned and opened fire, killing Kuchibhotla and wounding Madasani and another man who came to their aid.

Berry said that after the shooting and other violent incidents in his town, he agonized over whether God would approve of him carrying a concealed weapon to help defend himself or others. He eventually decided that the answer is yes.

“If a violent crime is happening, or if a woman is being raped, is it wrong, scripturally, to defend that person so they don’t die?” he told Religion News Service in a recent phone interview.

Questions surrounding God and guns made headlines recently after a Christian crowdfunding site collected more than $480,000 in legal defense funds for Kyle Rittenhouse. Rittenhouse, 17, has been charged with killing two protesters and injuring another after he traveled to the recent racial justice demonstrations in Kenosha, Wisconsin, while brandishing an AR-15-style rifle. 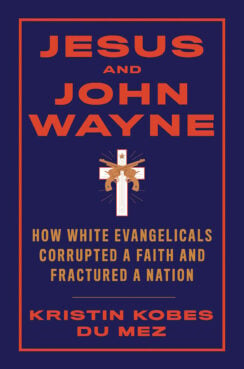 Organizers of the campaign urged visitors to support Rittenhouse so they can “give back to someone who bravely tried to defend his community.” But critics questioned why people who claim to worship Jesus Christ — who taught his followers to turn the other cheek and warned that those who pick up the sword would die by the sword — would rush to the aid of someone accused of crossing state lines to commit a double homicide.

According to Kristin Kobes Du Mez, author of “Jesus and John Wayne: How Evangelicals Corrupted a Faith and Fractured a Nation,” the idea that a Christian can be a “good guy with a gun” is well-established in many white evangelical communities.

“Conservative evangelicals believe that the world can be an evil place, and sometimes violence is necessary to achieve order,” Du Mez said.

The idea is certainly popular among fans of John Correia, the founder of Active Self Protection, a self-defense training program advertised as a way to help “people in all walks of life to develop the attitude, skills, and plan to defend themselves and their families from harm.” A passionate supporter of gun ownership, Correia also runs a robust YouTube channel of videos in which he breaks down footage of violent incidents and describes how “good guys” might have mitigated the situation.

He insists that he is also a passionate supporter of Jesus: A former pastor of West Greenway Bible Church and onetime adjunct Biblical studies professor at Arizona Christian University, Correia recently hosted a “Bullets and Bibles” conference that includes a worship service and a sermon preached by Correia himself.

“We make no bones about the fact that we try to make it centered on Jesus and that he’s glorified in our time,” Correia said of the conference in an interview with RNS.

Correia often invokes Scripture to argue that in the event of an attack, a Christian has a right to self-defense. He pointed to the book of Nehemiah, contending that the biblical figure encouraged private citizens to arm themselves in self-defense while rebuilding the wall of Jerusalem. 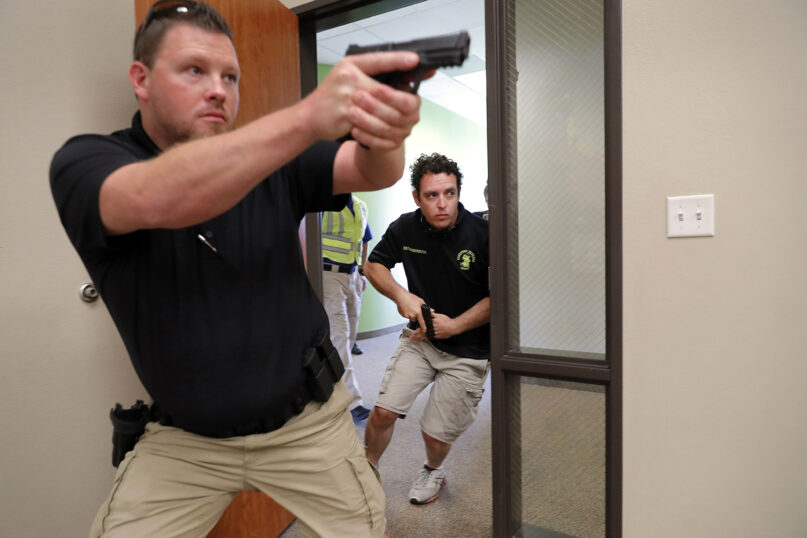 In this July 21, 2019 photo, trainees Chris Graves, left, and Bryan Hetherington, right, participate in a security training session at Fellowship of the Parks campus in Haslet, Texas. An industry has sprung up following mass shootings at houses of worship around the country to train civilians to protect their churches with the techniques and equipment of law enforcement. (AP Photo/Tony Gutierrez)

Self-defense advocates themselves often refer to this philosophy as the “sheepdog mentality,” or the idea that good guys with guns have a duty to protect those who are vulnerable. The concept was popularized in the 2015 film “American Sniper,” where the father of the main character, Chris Kyle, tells his family that “there are three types of people in this world: sheep, wolves and sheepdogs.”

In this scenario, Kyle’s father says, the sheep pretend that evil doesn’t exist and don’t know how to protect themselves. Wolves use violence to prey on others.

“Then there are those who have been blessed with the gift of aggression and an overpowering need to protect the flock,” he says. “These men are a rare breed who live to confront the wolf. They are the sheepdog.”

Correia personally rejects the philosophy — “In God’s eyes, I am a sheep,” he said — but acknowledged that it “is very popular in Christian self-defense circles.”

Affinity for the ideology may be a side effect of recent mass shootings, which have fueled the growth of self-defense programs and the church security industry. Some training programs use the “sheepdog” label, and some evangelical leaders have invoked the idea of protecting the “flock” as part of the rationale for training. 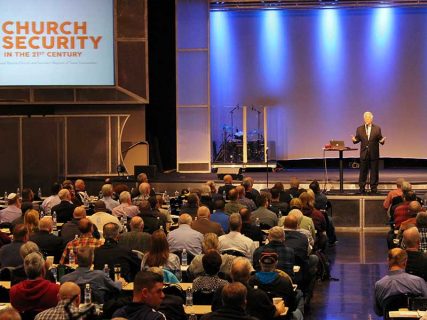 “One of the things a pastor is assigned to do is to guard the flock, and that includes spiritually and biblically to guard the flock,” the Rev. Jack Graham, pastor of Prestonwood Baptist Church and a former president of the national Southern Baptist Convention, told RNS in 2017 at a security training event hosted by the Dallas-area megachurch. “But I also take very seriously the assignment to watch over the flock, God’s people, in a physical way.”

Other evangelical leaders argued for churchgoers and even Christian college students to arm themselves. Shortly after the 2015 mass shooting in San Bernardino, California, that left 14 people dead and 22 others wounded, then-Liberty University President Jerry Falwell Jr. stood before his student body and reached for a gun he claimed to have holstered behind him.

“I’ve always thought if more good people had concealed carry permits, then we could end those Muslims before they walked in,” the then-school president said.

RELATED: Could it happen here? How churches are preparing for a mass shooting

Even so, this “good guy with a gun” ideology doesn’t always fit neatly into traditional religious or political categories.

Berry, who attended Correia’s Bullets and Bibles conference and has been trained by him personally, carries a concealed weapon and spends ample time at his local shooting range. But he loathes mixtures of faith, guns and politics, which he called a “toxic witches’ brew,” and is critical of what he called a “civilian commando mindset.” He left the Republican Party when Trump came to power (he now identifies as an independent) and thinks many expressions of modern evangelical Christianity amount to “folk religion” because he doesn’t believe they take Scripture seriously and are too disparaging to others. 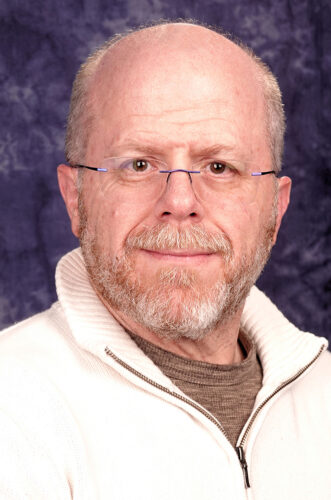 He also says he “wouldn’t defend” Rittenhouse, arguing that while he wanted more information about the shooting, the 17-year-old’s decision to openly brandish a long rifle near a demonstration amounted to “throwing down the gauntlet” and inviting provocation.

Correia, for his part, challenged Christian theology that interprets Jesus’ instruction to “turn the other cheek” as a pacifist edict, calling such schools of thought “folk theology” and arguing that Jesus was talking about personal insult and not physical violence.

And while Correia made clear that his teachings are not designed to condone wanton violence, he stopped short of condemning Rittenhouse and those who rushed to his defense.

“It doesn’t make me angry that somebody would donate to (Rittenhouse’s) defense fund,” Correia said. “That’s misplaced anger because that assumes that what he did was morally wrong and illegal. I don’t think A) they are going to be able to find that it was illegal, and B) I can’t even tell you that it was morally wrong. I can tell you that I think that going to a riot with an AR-15 was not wise.”

To be sure, faith groups have been among the loudest voices calling for gun control legislation. Religious organizations mobilized in favor of laws to prevent gun violence after the 2012 Sandy Hook shooting, and faith leaders and church groups were among the throngs who descended on Washington, D.C., for the March for Our Lives demonstration in 2018. There are even passionately anti-gun evangelicals such as Shane Claiborne, who runs an initiative that turns guns into garden tools — a literal expression of the Biblical command to turn “swords into plowshares.”

But the impact of pro-gun theology has become visible in public polling, where white evangelicals are often shown to be the least supportive of gun-control measures when compared to other major religious groups. According to the 2018 Cooperative Congressional Election Study, white evangelicals and Mormons were the only religious groups who expressed majority support for legislation that would make it easier to obtain a concealed-carry gun permit, with 54.4% and 51.9% saying they would back the idea, respectively.

Michael W. Austin, a professor of philosophy at Eastern Kentucky University and author of “God and Guns in America,” said the conservative Christian proclivity for firearms as a form of personal protection developed over time.

“I think that there is a unique mix in the United States of faith, patriotism, militarism, self-sufficiency, family and sometimes regional traditions that have led many to think that gun ownership is an essential right, as something that Christians should believe to be central,” he said.

“For white evangelicals, this image of a strong masculine protector was always a white racial ideal,” she said. “In the 1960s and 1970s, conservative evangelicals were strong proponents of ‘law and order’ politics, and this affinity drew them into the Republican Party.”

As for Berry, he told RNS that he still feels internal “tension” regarding the decision to concealed carry. But at the end of the day, he believes God would condone the use of guns — if all else fails.

“I think a violent man will ultimately come to a violent end,” he said, arguing that police response to violent incidents is often too short to make a difference.

The solution, he insisted, is more “good guys” with guns.

Tim Morgan contributed to this report. 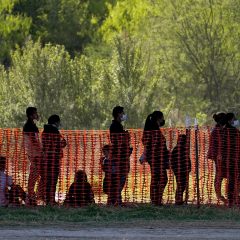