(RNS) — This week I want to introduce you to an outstanding new podcast that takes listeners behind the scenes of the Fundamentalist Church of Jesus Christ of Latter Day Saints. The polygamist sect’s members and ex-members in southern Utah and northern Arizona are still recovering from the trauma inflicted by Warren Jeffs, who has been in prison for more than a decade for the sexual assault of underage girls.

The 10 documentary episodes of “Unfinished: Short Creek” kept me riveted, as people in Short Creek described what their lives were like before, during and after Jeffs’ frightening years as prophet.

The first two episodes became available this week, and there will be a new episode each week after that (or, if you can’t wait, you can access all 10 now by subscribing to Stitcher Premium).

I interviewed the series co-hosts, Sarah Ventre (who covered the Department of Justice trial for NPR’s KJZZ station in Arizona) and Ash Sanders (a freelance journalist who covers religion and climate change). Our conversation has been edited for length and clarity.

What prompted you to take on this long-form documentary podcast project? It’s a huge undertaking. 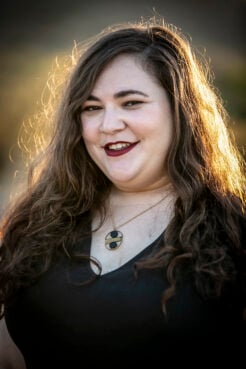 Ventre: After covering (the DOJ trial), I was fascinated by the idea that once it was over, the people were going to have to go back to this community and figure out what to do next. They had the potential to shift everything, including social interactions, family structure, land ownership, what law enforcement looks like and who’s in charge.
Sanders: I grew up in Salt Lake City as a mainstream Mormon. I always knew there were fundamentalist Mormons living around me, especially in Short Creek, but it was almost like we weren’t supposed to talk about them. Of course, that only piqued my curiosity. But the thing that really pulled me in was when I learned the community was having its first-ever free and fair election in 2017. This was a community that for decades was run entirely by the church. Now, the community’s prophet went to prison, and they’re transitioning to democracy. What does that look like, and what divides does that create? Can it heal the divides that already exist?

As a historian I was fascinated by the major change over time. People on the outside tend to regard the FLDS as a static religion, but in your second episode, the people say Short Creek was a wonderful place to grow up before describing how Jeffs turned the FLDS into a hate group, basically.

Sanders: Short Creek was originally settled in the 1930s and ’40s by fundamentalist Mormons who had split off from the mainstream church. They wanted to take their religion seriously, which for them meant continuing to practice polygamy, and living by the United Order, which meant sharing all things in common. The mainstream church had given up on both of those things, so they founded Short Creek as a refuge where they could practice their beliefs in peace.

The early decades of the community kind of read like a liberal, lefty person’s dream community. They shared everything, grew their own food, they were sustainable. They had their own utilities company. They were very close, and gathered together often. People who have left the religion since, but grew up during that time, almost exclusively say that they loved growing up there. It was like being in one big family. They admired their prophet, Leroy Johnson, and they felt like they were working toward a common good.

For most people, it wasn’t until Rulon and Warren Jeffs came to power that they saw their community changing in a way that was terrifying to them. 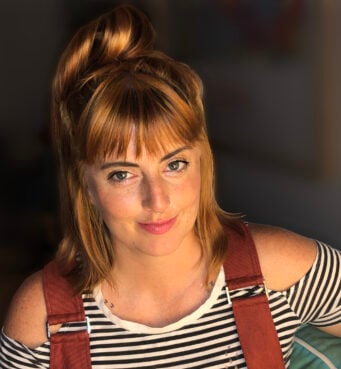 What changes did Warren Jeffs make?

Sanders: He officially became prophet of the FLDS in 2002, but for years before that he was extremely influential; his father, Rulon Jeffs, was prophet before him. Years before Warren actually became the prophet, he was literally and figuratively whispering in his father’s ear, telling him to do things like take more wives, younger wives. Warren started raining down rules about what people could wear. They had to dress more and more modestly. He stopped all community celebrations and banned most holidays. At one point he stood up in church and kicked out 21 prominent men for not being loyal enough to him. At another point he ordered everyone to pull their children out of public school, because he didn’t want them associating with Gentiles or apostates. So many of them obeyed that some schools basically had to close in the area because they didn’t have enough students.

More than anything, he got involved in the intimate details of people’s lives—what they could eat and watch and wear, who they could talk to. He used a Brigham Young quote that people had to “leave apostates alone severely.” This meant that if anyone left the religion, they would no longer be able to talk to their families. He also gained power over all of the land in the community, so if someone left, he could take away their houses and their cars and even their jobs. He controlled all of that. He created a situation where he demanded absolute loyalty, and if people didn’t want to give him absolute loyalty, he could take everything away from them, even their families.

How did you find people to talk to? Like Elissa from the opening episode, who was married against her will at age 14?

Ventre: Because Ash and I had done parallel reporting before we met each other, we found people in different ways. For me, the very first source I had was a witness in the DOJ case, who I interviewed during a break at the courthouse. I kept in touch with him and asked if we could talk a little more, and then eventually he invited me to a Fourth of July celebration. When I came to that Fourth of July, that just busted the door wide open for me. The people at the Fourth of July were mostly ex-believers, people who had left or been kicked out of the church at some point.

For me it was really just starting to walk around and talk to people. Elissa is well-known in that community because she has written a book. She’s also very famous for challenging Warren Jeffs in court. She’s definitely someone I knew I wanted to meet and talk to, but she was part of a tapestry of many people, where it was generally a kind of organic thing where people in the community introduced me to other people.

Sarah, you also embedded in Short Creek for three months, renting a room in the house of the former prophet. What was that like?

Ventre: It was a really interesting experience! It was great to live in town because it gives you a certain kind of access that you don’t have when you’re just visiting. It means you get to see people in their own natural environment, like if you run into someone at the grocery store or you happen to be at the park when they’re there playing with their kids. I think it makes it a little easier for people to trust you, to let their guard down. Ash and I feel that we’ve asked our sources to be so vulnerable with us — sharing what are in some cases very traumatic experiences and the most personal parts of their lives — so it was important for them to see us in vulnerable moments too, like when I was not totally put together, or when I was super tired at a late-night city council meeting.

But it was also a bit surreal, because the entire time that people were talking to us about Rulon and Warren Jeffs and the things that they did, I was living in a room that presumably was lived in by one of Rulon Jeffs’ wives at one time. Looking out the window of my bedroom into the courtyard, there’s a message in the brickwork on the chimney that says “keep sweet” (an oft-repeated mantra Jeffs used to ensure obedience, especially from women).

It was a constant reminder, every time I looked out the window, that I was in a place that is constantly changing. At one time, this was the prophet’s house, but now it’s just a hotel with about 40 rooms and apartments. There were lots of people coming to visit and staying there, many from other countries. You heard other languages spoken in the hallways. 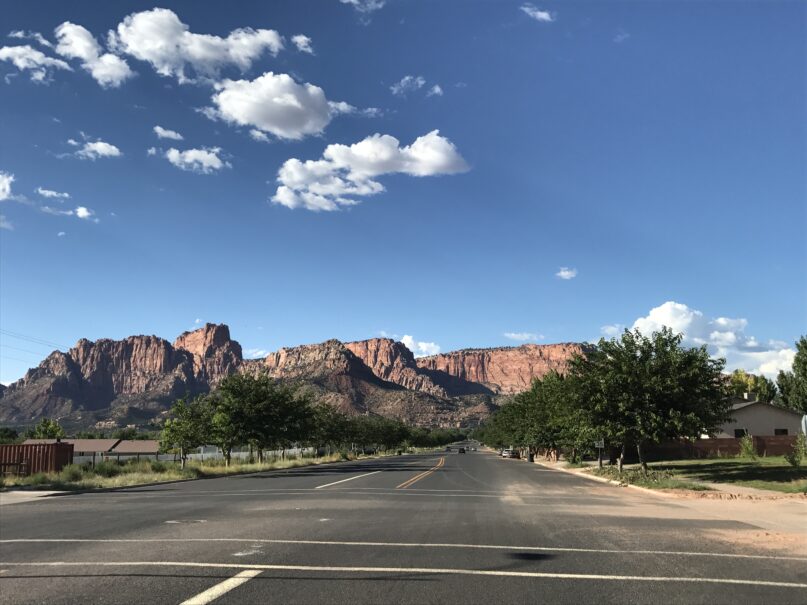 Were there any stories you just knew had to be told?

Sanders: The story that really pulled me in was Donia Jessop’s (the mayor of nearby Hildale, Utah, and recognized by USA Today last month as one of Utah’s most remarkable women). As I said, I was really interested in the election as a profound turning point in the town’s history. What struck me most about Donia’s story, and the stories of a lot of the ex-believers in Short Creek, was that although they had experienced so much pain at the hands of the church and most of them left the church and the community, many of them later came back to fight for it to be better.

I think that’s hard for a lot of outsiders to understand. People like the “escape” narrative, but they don’t understand the “return” narrative. Donia was a person who left for very good reasons, but she returned because she wanted to be with her community. She ran into a lot of heat when she came back and decided to make things better. When she won the election, most of the members of the city council and staff quit because they wouldn’t work with an apostate or a woman.

I was fascinated by that election. The FLDS had never lived in a functioning democracy, or voted in a way that actually mattered, or had the power to change anything. And here they were returning home to do exactly that. Here is suspense on a psychological level: Is it possible for people to come together after so much pain, and is it possible for democracy to bring this town into a new future when so many people don’t want the town to change at all?

Flunking Sainthood
The seeds of police brutality in the Bible
Follow us on Facebook!
Submit your photos to RNS