(RNS) — When economist Lee Crawfurd was 10 years old, his mother took him on a safari holiday in Kenya, which ignited his interest in Africa and developing countries.

He is now a researcher with the Center for Global Development in London, which focuses on how wealthy nations’ policies on immigration, trade, security and other matters can affect global development.

He’s not the only one who became interested in global development after a foundational travel experience. People vacation in developing nations, or decide to serve short-term missions there, only to have it become a lifelong interest or even a career.

As a researcher, Crawfurd wondered: Was there a way to measure that impact? It would be useless to survey people who sign up to dig wells or build orphanages in Africa, because they’re not a random selection: If they feel called to do that, of course they’re going to care about global development.

He had to find a more random group to study — people who served others in Africa but didn’t necessarily set out to do that — in order to find out whether that experience could change attitudes and behavior. And in that capacity, he hit upon studying missionaries for the Church of Jesus Christ of Latter-day Saints. That didn’t mean studying them compared to other people in the general population, since it’s likely they would already be more altruistic than the general population by virtue of serving as unpaid missionaries for up to two years — but comparing them to each other, based solely on the continent where they were called to serve. 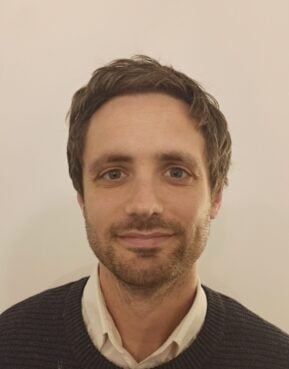 Economist Lee Crawfurd, of the Center for Global Development, studied the effect of missionary work on the missionaries themselves. Courtesy photo

“The ideal experiment is that you would randomly assign people to spend a couple of years in different countries, sending some to low-income countries in Africa and some to high-income countries in Europe,” Crawfurd said in an interview. “The Mormon mission is a good setting, because we don’t know precisely how the missionary allocation is conducted, but it’s close to random. The missionaries themselves aren’t choosing which country or which region they go to.”

So he found a directory of well over a hundred Facebook groups for alumni of various missions, and wrote to each of them to recruit survey participants. In the end, he got 1,499 responses to his snowball survey. “I’m super grateful that all of these people took this survey from a random stranger in an alumni group,” he said.

The survey asked how interested the former missionaries were in global development, how supportive they were of immigration from low-income countries and how much they approved of foreign aid to those countries.

So: Does serving a Mormon mission to a place like Africa make someone more supportive of global development than if the missionary were called to, say, a high-income nation in Europe?

The answer is mixed. On the positive side, Crawfurd found the missionaries who had spent time in Africa “do indeed self-report that they have a higher interest in global development.” The study found they were more likely to donate to and volunteer with international nonprofits, or to work professionally on global development, than the missionaries who went to high-income nations in Europe.

On the other hand, this heightened interest in charitable actions did not translate to support for governmental intervention. The missionaries to Africa actually had lower support for immigration from poor nations to rich ones and were less likely to have gotten involved in political actions to address global development.

“It’s a slightly mixed and nuanced picture,” said Crawfurd. “It certainly doesn’t seem to be the slam-dunk that you might hope it to have been, that these people who went to Africa became lifelong ambassadors for Africa.”

When survey respondents were given the opportunity to expound upon their views in an open-ended comment box, many expressed skepticism about whether government aid is really effective in developing nations, and an opposition to undocumented immigration.

Crawfurd said he was “a little disappointed” in the findings, given his own ideas about development.

“My view before I did this study was that maybe going to build a school in a village isn’t the best use of highly skilled labor from a high-income country, because there’s lots of people there who can fill that need, but maybe the effect of volunteering on the volunteer is important,” he said. Perhaps the volunteer could take from that experience a long-term connection to a place and a commitment to advocacy.

The study’s results suggest it’s more complicated, and the experience of living in a developing country may change views in some areas but not others. 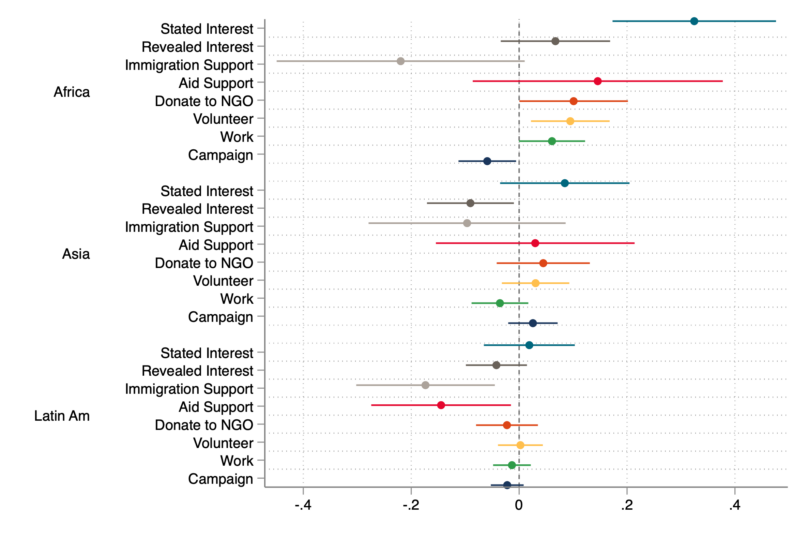