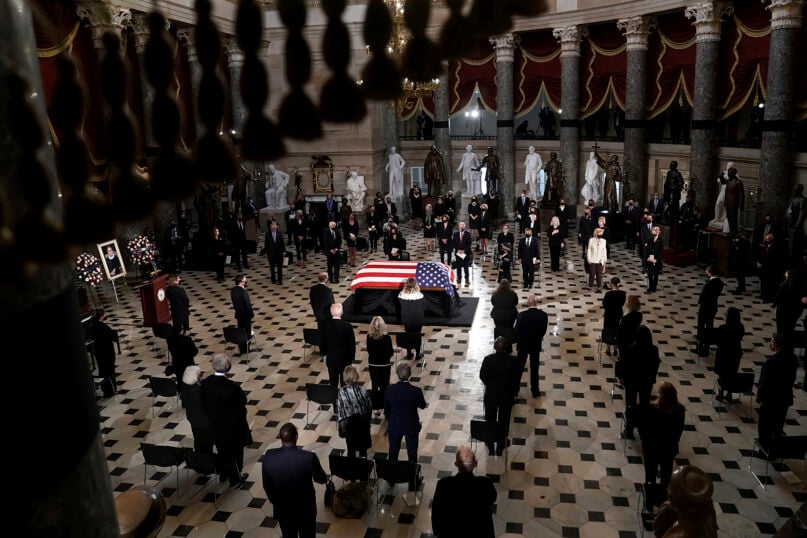 Mourners stand during a ceremony to honor Justice Ruth Bader Ginsburg as she lies in state at National Statuary Hall in the U.S. Capitol on Friday, Sept. 25, 2020. Ginsburg, who died at the age of 87 on Sept. 18, is both the first Jew and the first woman to lie in state at the Capitol. (Greg Nash/Pool via AP) People pay respects as Justice Ruth Bader Ginsburg lies in repose under the Portico at the top of the front steps of the U.S. Supreme Court building in Washington, Wednesday, Sept. 23, 2020. Ginsburg, 87, died of cancer on Sept. 18. (AP Photo/Susan Walsh) 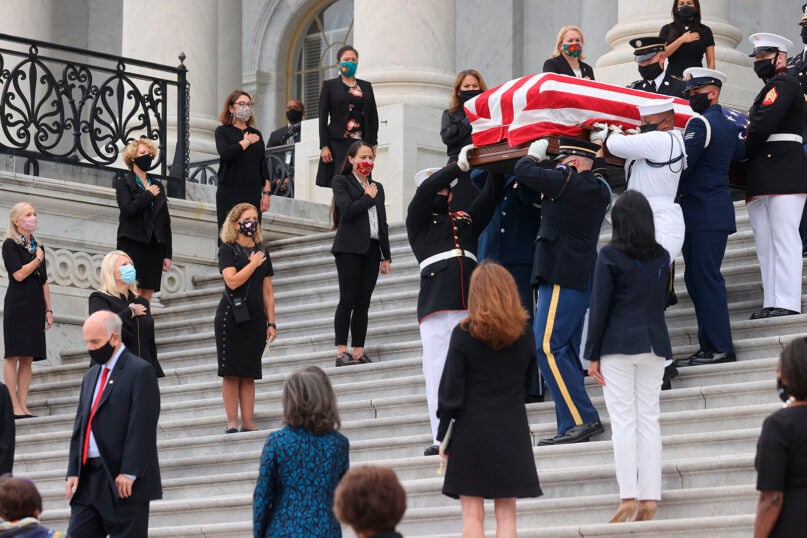 The flag-draped casket of Justice Ruth Bader Ginsburg is carried out by a joint services military honor guard after lying in state at the U.S. Capitol, Friday, Sept. 25, 2020, in Washington. The steps are lined by women members of Congress. (Jonathan Ernst/Pool via AP) 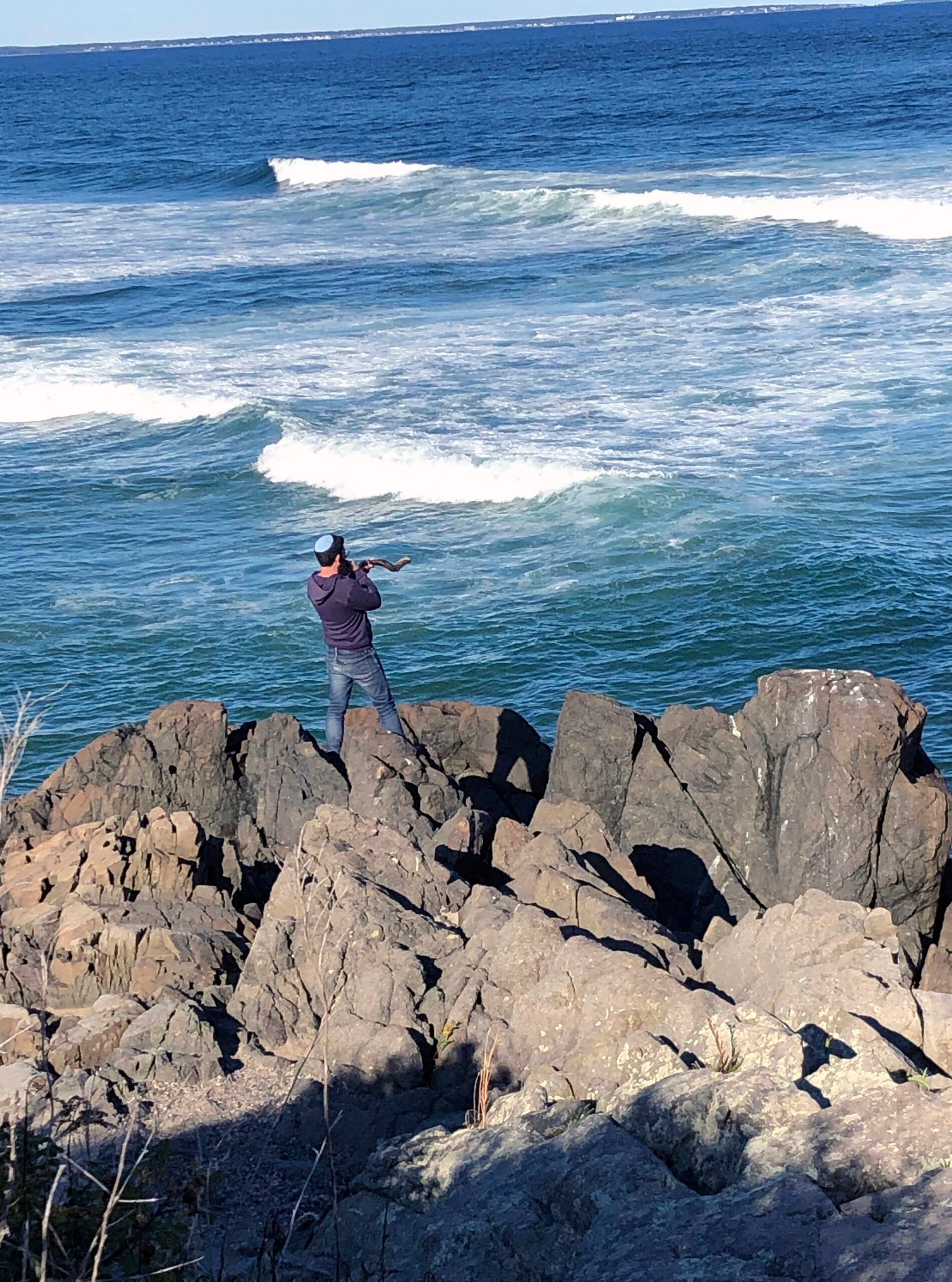 A man blows a shofar to celebrate the end of Rosh Hashanah on the Marginal Way, Sunday, Sept. 20, 2020 in Ogunquit, Maine. (AP Photo/Pat Eaton-Robb) 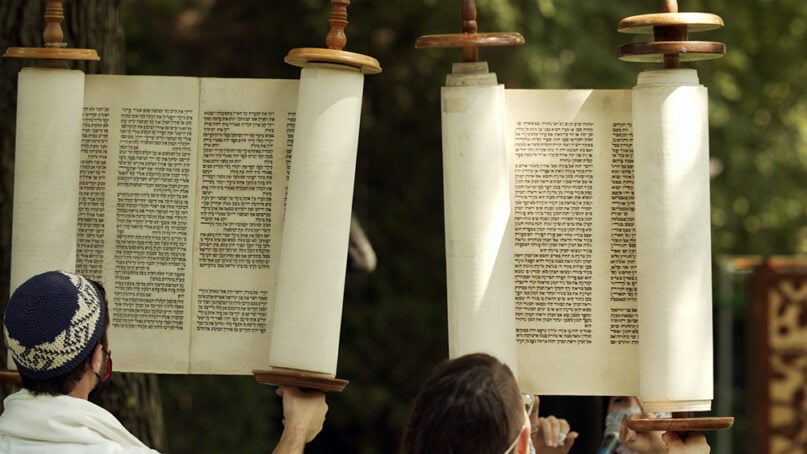 Mishkan Chicago members film the traditional Torah parade through the streets of Chicago as an alternative to in-person services for the High Holy Days. Photo courtesy of See3 Digital Events 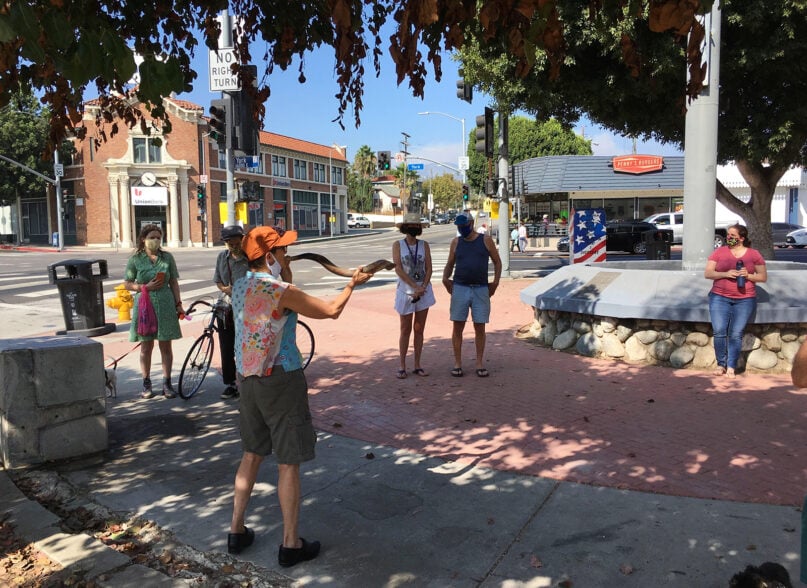 Fran Chalin blows a shofar to mark the end of Rosh Hashanah, the Jewish New Year, at the intersection of Figueroa Street and York Boulevard in the Los Angeles neighborhood of Highland Park, Sunday, Sept. 20, 2020. RNS photo by Alejandra Molina 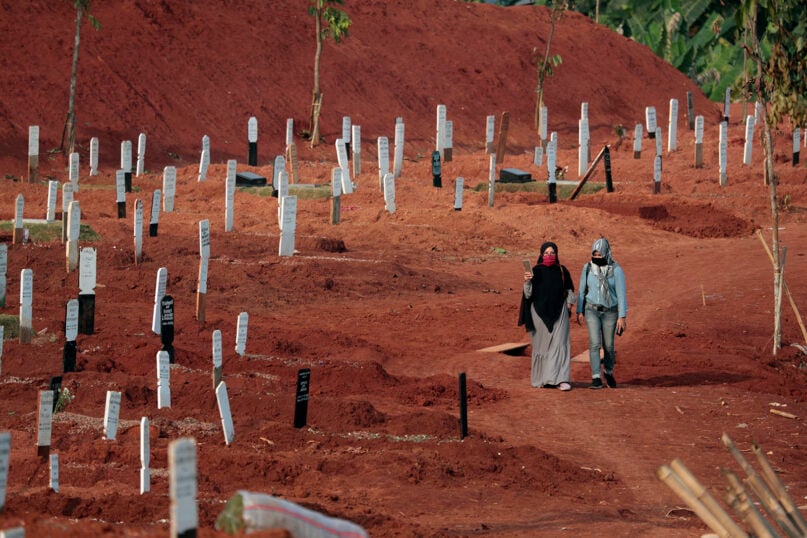 Indonesian Muslim women walk near grave markers at a special section of Pondok Ranggon cemetery, which was opened to accommodate the surge in deaths during the coronavirus outbreak in Jakarta, Indonesia, Thursday, Sept. 24, 2020. (AP Photo/Dita Alangkara) 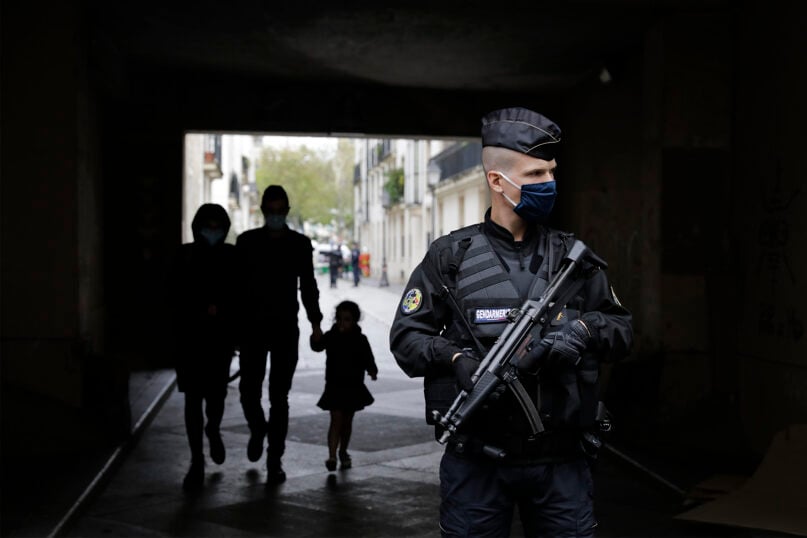 A French gendarme guards a street after a knife attack near the former offices of satirical newspaper Charlie Hebdo, Friday Sept. 25, 2020 in Paris. French terrorism authorities are investigating a stabbing of two people Friday outside the building, and two suspects have been arrested, authorities said. France’s counterterrorism prosecutor said authorities suspect a terrorist motive because the building was the scene of a 2015 extremist attack on the newspaper’s cartoonists that killed 12 people. A trial of the suspects in that attack is under way across town. (AP Photo/Lewis Joly) 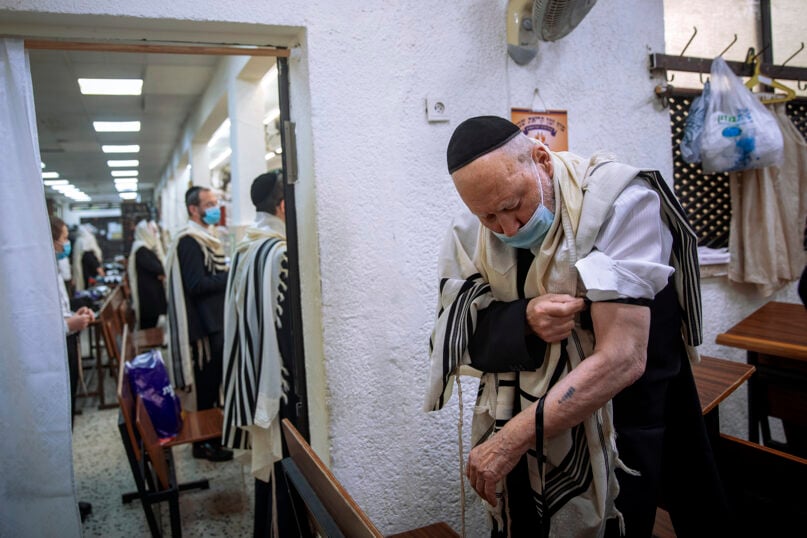 Holocaust survivor Yehoshua Datsinger places tefillin on his arm above the Auschwitz concentration camp identification number tattoo, during a morning prayer at a synagogue that is limited to 20 people during a nationwide three-week lockdown to curb the spread of the coronavirus, in Bnei Brak, Israel, Monday, Sept 21, 2020. (AP Photo/Oded Balilty) 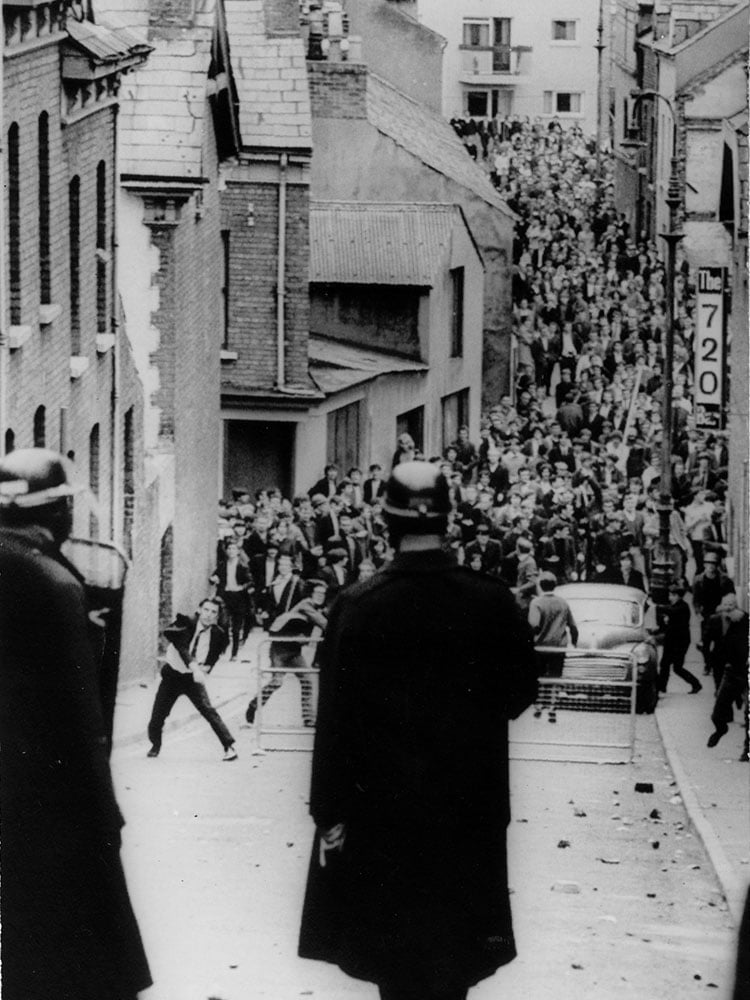 Helmeted police face rock-throwing demonstrators in a narrow street in Londonderry, Northern Ireland, on Aug. 12, 1969 following an annual Protestant parade commemorating the defeat of Catholic King James II by Protestant William of Orange in the 17th century. The Prime Minister of Northern Ireland banned all parades and outdoor meetings in the country following this violent conflict, which injured more than 300 people. He also appealed for an end to hostilities in the six-county area where religious differences have divided Catholics and Protestants for more than three centuries. RNS archive photo. Photo courtesy of the Presbyterian Historical Society Apollo 11 astronauts Buzz Aldrin, from left, Neil Armstrong, and Michael Collins wave to crowds along LaSalle Street in Chicago during a parade in their honor on Aug. 13, 1969. The astronauts visited New York, Chicago and Los Angeles as Americans proudly displayed their emotions after the crew landed on the Moon. Aldrin, a Presbyterian, performed a communion service for himself using a kit provided by his church during the mission. RNS archive photo. Photo courtesy of the Presbyterian Historical Society