(RNS) — Each week Religion News Service presents a gallery of photos of religious expression around the world. This week’s photo gallery includes a Sufi pilgrimage in Senegal, the Jewish holiday Sukkot and more. 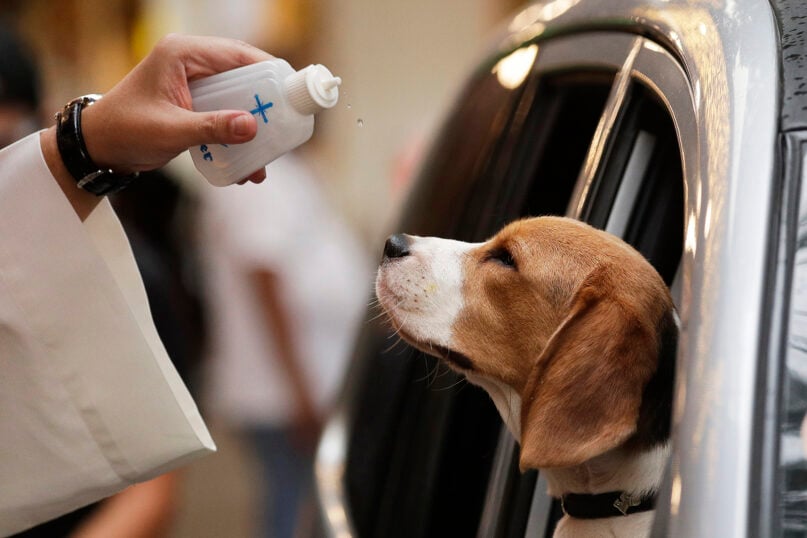 A dog watches as a Catholic priest sprinkles holy water during a drive-through blessing in Quezon City, Philippines, Sunday, Oct. 4, 2020. Pets are traditionally blessed every first Sunday of October to celebrate the feast day of Saint Francis of Assisi, considered the patron saint of animals and the environment by the Catholic Church. (AP Photo/Aaron Favila) 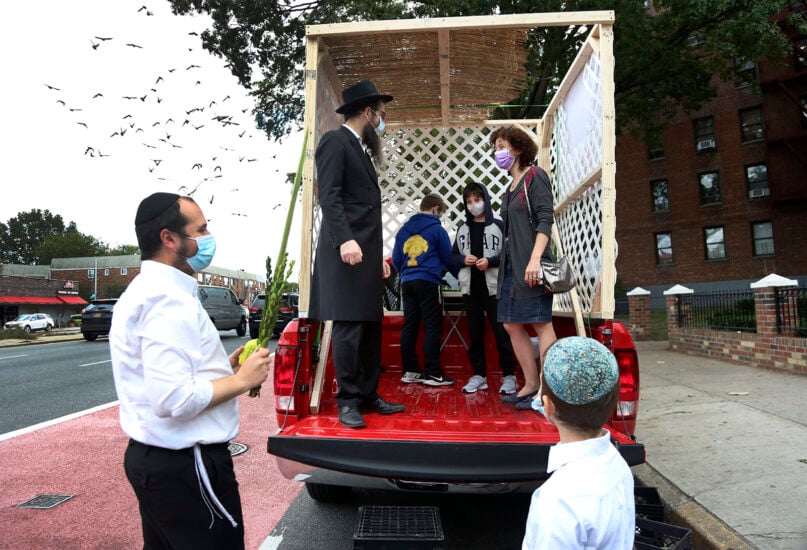 Rabbi Eli Blokh, second from left, of the Chabad of Rego Park Jewish and Russian Community Center, stands in the bed of a truck under his mobile sukkah as he recites the blessings over the lulav with Evgenia Alperovich, second from right, in the Queens borough of New York, Monday, Oct. 5, 2020. Blokh, with his two sons and two rabbinical students, began making house calls on Monday in an effort to bring the Jewish fall harvest festival safely to those isolated by the coronavirus. (AP Photo/Jessie Wardarski) 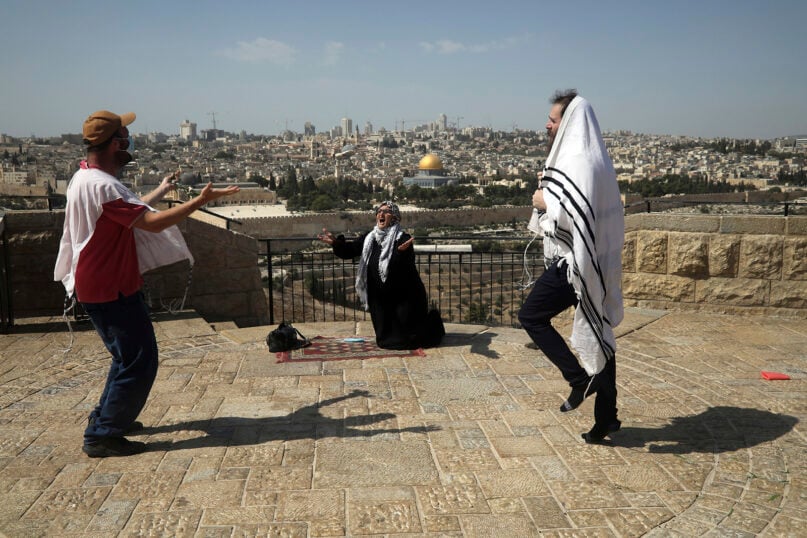 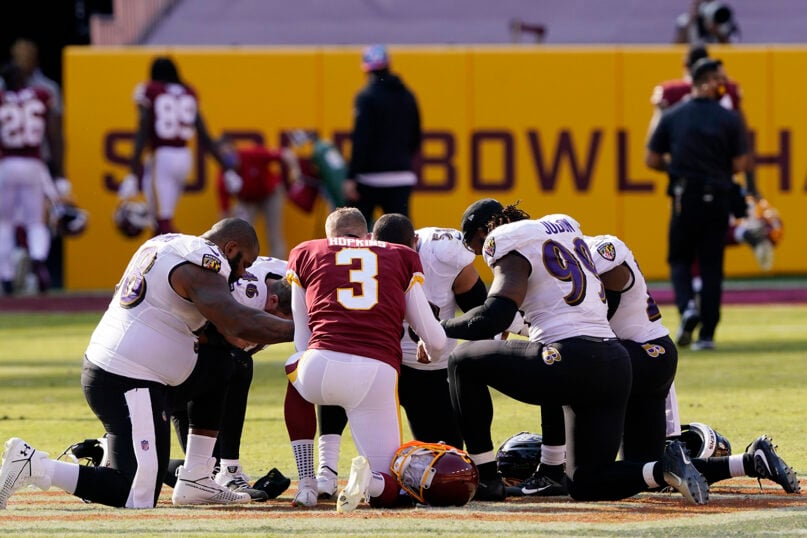 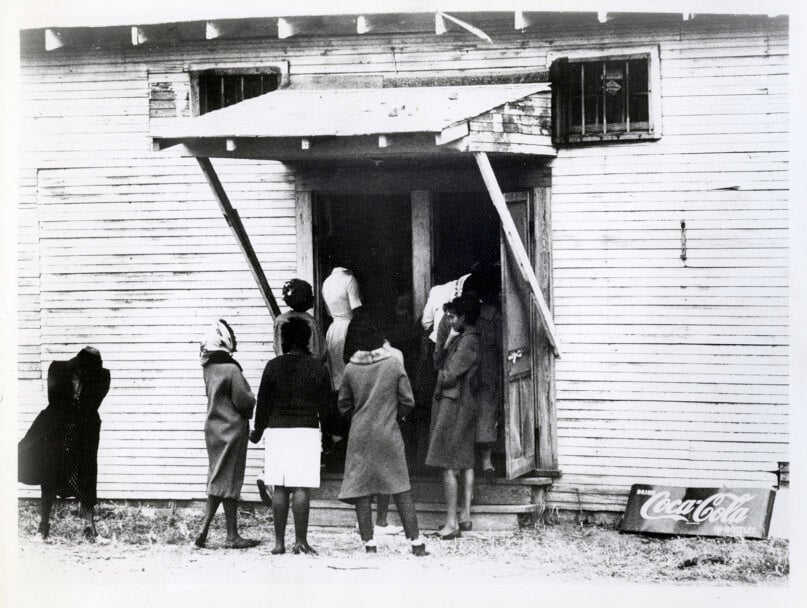 Mississippi Delta residents await their turn to start the process of registering to vote in 1966. Encouraging the impoverished residents of the state to take advantage of their voting rights is a key phase of the National Council of Churches’ Delta Ministry. RNS archive photo by Bruce Hilton. Photo courtesy of the Presbyterian Historical Society 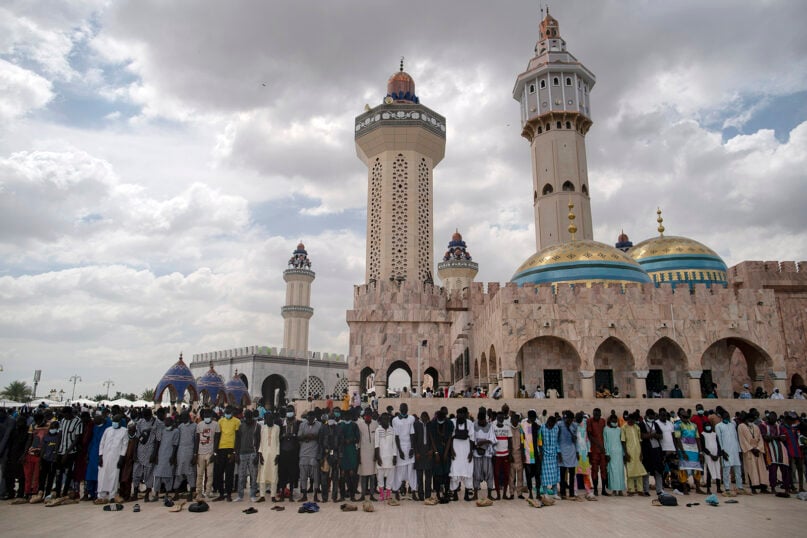 Pilgrims from the Mouride Brotherhood pray outside the Grand Mosque of Touba during the celebrations of the Grand Magal of Touba, Senegal, Tuesday, Oct. 6, 2020. Despite the coronavirus pandemic, thousands of people from the Mouride Brotherhood, an order of Sufi Islam, gather for the annual religious pilgrimage to celebrate the life and teachings of Sheikh Amadou Bamba, the founder of the brotherhood. (AP Photo/Leo Correa) Pilgrims from the Mouride Brotherhood pray in the Grand Mosque of Touba as they take part in the celebrations of the Grand Magal of Touba, Senegal, Monday, Oct. 5, 2020. Despite the coronavirus pandemic, thousands of people from the Mouride Brotherhood, an order of Sufi Islam, are gathering for the annual religious pilgrimage to celebrate the life and teachings of Sheikh Amadou Bamba, the founder of the brotherhood. (AP Photo/Leo Correa) 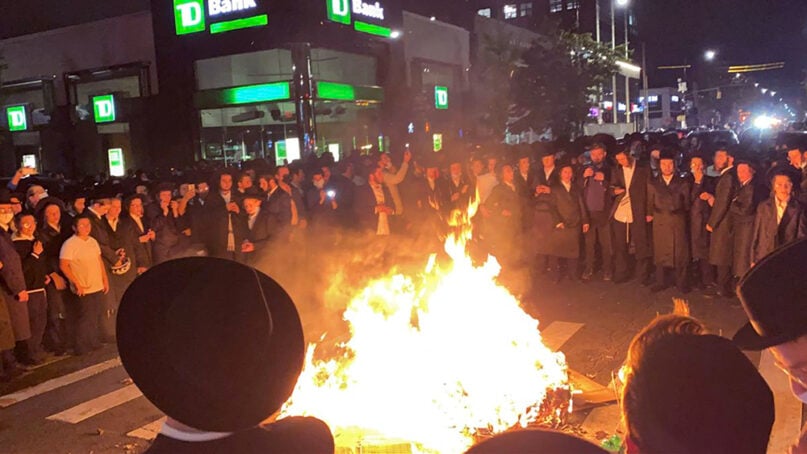 Members of the Brooklyn Hasidic Jewish community surround a rubbish fire in the street on Oct. 6, 2020, in the Borough Park section of the New York borough. Hundreds of Hasidic Jewish men gathered in the streets of Borough Park after New York Gov. Andrew Cuomo moved to reinstate restrictions on houses of worship, schools and businesses in areas where coronavirus cases are spiking. (Joe Marino/New York Post via AP) 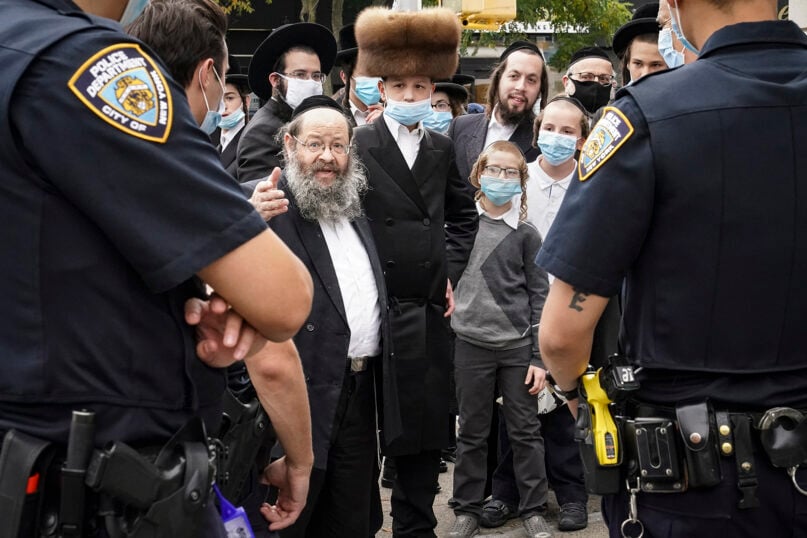 Members of the Hasidic Jewish community speak with New York City police officers on a street corner, Wednesday, Oct. 7, 2020, in the Borough Park neighborhood of Brooklyn, New York. Gov. Andrew Cuomo moved to reinstate restrictions on businesses, houses of worship and schools in and near areas where coronavirus cases are spiking. Many neighborhoods that stand to be affected are home to large enclaves of Jews. (AP Photo/John Minchillo) 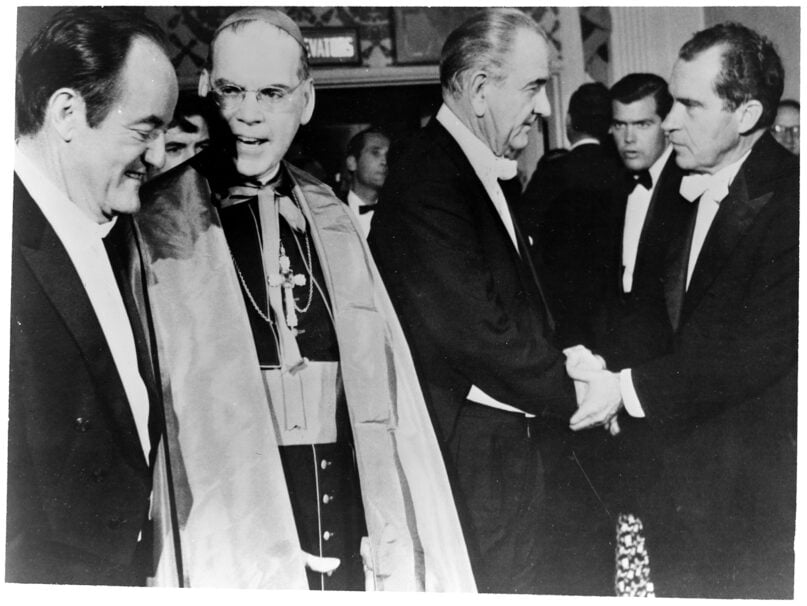