(RNS) — Most Americans learn early that part of growing up in a diverse nation means not criticizing anyone else’s family faith or personal religious beliefs (or lack thereof). This is why it’s so powerful when politicians characterize some objections to Judge Amy Coney Barrett’s nomination to the Supreme Court as attacks on her faith.

But there’s a difference between attacking someone’s right to profess her personal religious beliefs and challenging her right to define how religion in the public square will operate for others. The latter is the meaning of the separation of church and state as guaranteed by the First Amendment. Critiques of Barrett’s record on religious freedom issues are not only fair but necessary.

This is especially true because Barrett’s judicial and professorial record shows a blatant disregard for this same constitutional protection for others.

Here are the facts: Barrett has consistently demonstrated hostility toward women seeking contraceptive coverage, LGBTQ people, religious minorities and nonreligious people. Once these views have been established as precedent at the Supreme Court, they will hurt women and the poor, particularly women of color and transgender Americans. They may even hurt believers of Barrett’s own religious tradition.

I don’t make these claims on the basis of obscure First Amendment legal distinctions, but about the public health and safety of children, families and the elderly. In September, as the COVID-19 pandemic raged in Illinois, Barrett joined the majority of the 7th U.S. Circuit Court of Appeals in a decision that exempted religious services from the state’s emergency health order limiting large gatherings. 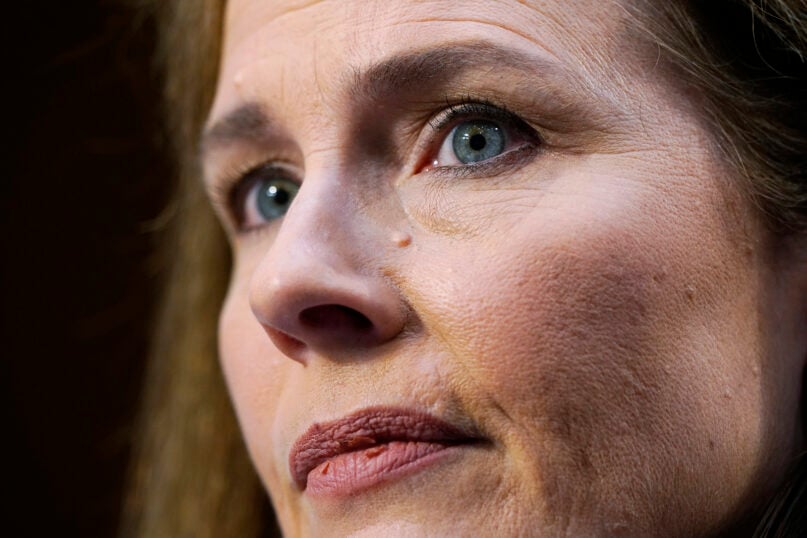 This decision, based on the idea that religious assemblies are privileged over other kinds of meetings, doesn’t take into account that religious gatherings are no less liable to expose people — including those who Illinois’ churchgoers might encounter after services — to the virus. The Constitution doesn’t give the government the right to prioritize some people’s deeply held religious convictions over the well-being of everyone else in a community.

Barrett shows a similar disregard for others in claiming that employers’ right to their religious beliefs take precedence over those of their employees. In 2012, Barrett signed a letter penned by the Becket Fund that objected to the Affordable Care Act’s guarantee that health insurance plans cover contraceptives. The letter also stated a religious accommodation provided to employers who object to providing this coverage didn’t go far enough.

By discounting the rights of employees in order to placate the religious beliefs of their employers, a Justice Barrett would again do particular harm to poorer women. The Supreme Court needs to support an idea of human dignity that includes reproductive freedom. The next justice on the court should not be someone who ratifies conservative, white men’s version of women’s rights. Rather, people of color and the poor working class should have an advocate who understands their concerns.

Lastly, Barrett, who has voiced troubling views about Supreme Court church-state separation precedent, could become another voice on the court allowing public funds to be funneled to private religious schools. Earlier this year in Espinoza v. Montana Department of Revenue, the Supreme Court decided that any state with voucher programs must include private religious schools in the program, effectively asking taxpayers to fund other people’s religious instruction.

In each of these cases, Barrett’s religious beliefs themselves are irrelevant. It is the beliefs of others the Constitution commands that she consider. Defending her right to believe what she wishes only obscures the question of her fairness, and her qualifications as a Supreme Court justice. It also suggests that we owe Barrett’s faith a legal deference it does not deserve. It is she who must commit to ethically and morally interpret the law in ways that do not cause harm to others, especially those with whom she does not agree.

(Sabrina E. Dent is senior faith adviser at Americans United for Separation of Church and State. The views expressed in this commentary do not necessarily represent those of Religion News Service.)