(RNS) — A pair of surveys of likely Jewish voters in two key battleground states shows that former Vice President Joe Biden has a massive lead over President Donald Trump in the upcoming elections.

The surveys, conducted for J Street, a liberal pro-Israel advocacy group, by GBAO, also suggest Biden is more trusted among American Jews on a host of domestic and foreign issues, including Israel. 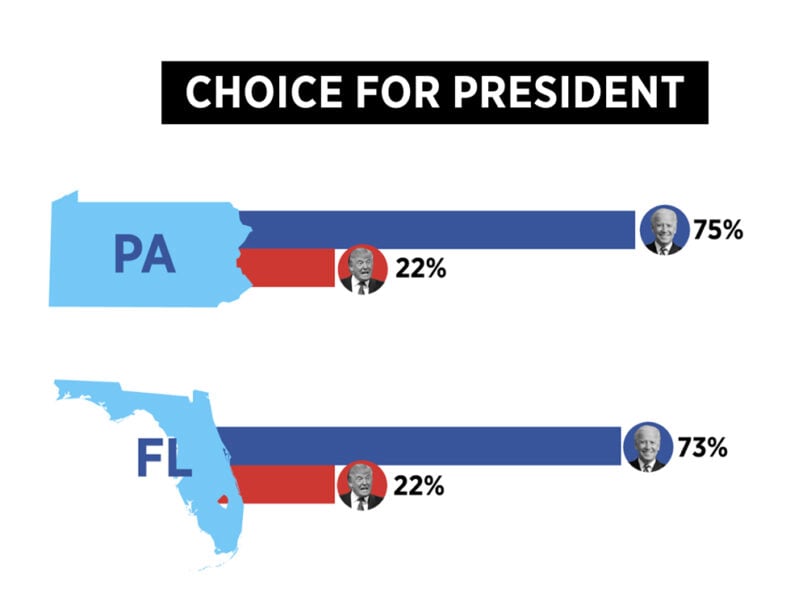 “The only movement you will find from 2016 and 2018 to today is that Jewish voters are abandoning Donald Trump and moving even more into the Democratic column and into supporting Joe Biden,” said Jeremy Ben-Ami, president of J Street, on a call with reporters Wednesday (Oct. 21). “This is a consistent pattern.”

The surveys showed the coronavirus was the No. 1 issue on the minds of potential Jewish voters in both states, with health care coming in as the No. 2 issue in Pennsylvania and the economy as No. 2 in Florida.

“Israel is not a decisive issue for most Jewish voters in this country,” Ben-Ami said. “Larger concerns about Donald Trump overwhelm that particular issue.”

Trump famously moved the U.S. Embassy in Israel to Jerusalem, its capital. He is also credited with helping push the Israel-United Arab Emirates peace deal. But among American Jews those issues were not enough to overcome Trump’s domestic policy agenda, which many American Jews opposed.

The surveys asked American Jews if someone could “be critical of Israeli government policies and still be ‘pro-Israel.’” In Pennsylvania 87% said yes, and in Florida, 89%. 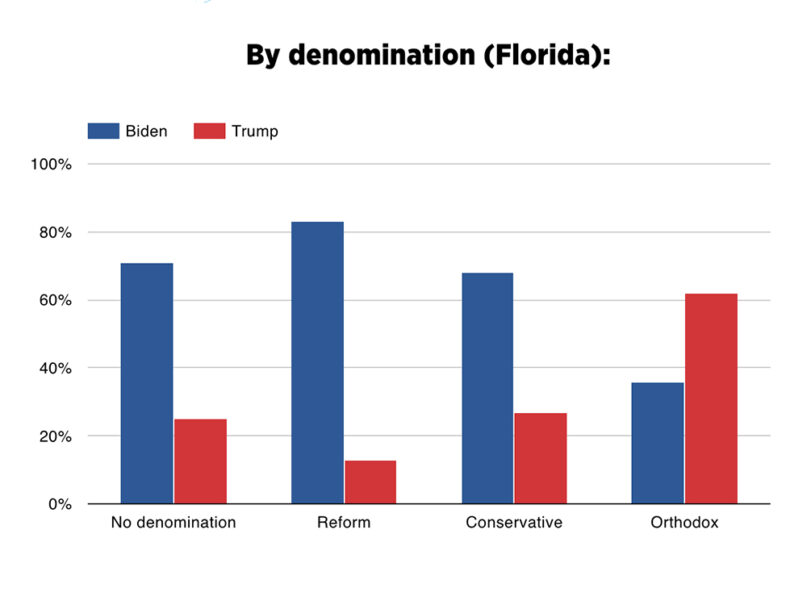 Jim Gerstein, founding partner of GBAO, said the Pennsylvania and Florida surveys suggest  Jewish voters may back Biden in even higher numbers than they did Hillary Clinton.

“We saw a similar dynamic in 2018 in the midterm elections, where the performance for Democratic candidates among Jews was higher than it had been for Hillary Clinton in 2016,” said Gerstein. “There’s definitely something going on there.”

Faith
How students could give Ron DeSantis an African American history lesson
Follow us on Facebook!
Submit your photos to RNS