(RNS) — Over the past six months, there has been a lot of attention paid to ventilators, personal protective equipment and the scarcity of them. The lack of these resources certainly puts a community in danger. But we also can’t overlook an equally deadly problem: misinformation.

As senior vice president for international programs with World Relief, a global humanitarian organization, I’ve seen how deadly the spread of misinformation can be. Accurate information empowers individuals to protect themselves and their loved ones; false information induces a false confidence that quickens the spread of disease.

Take Ebola. When this deadly illness reappeared in Africa in 2014, many Africans, especially in rural areas, didn’t believe it was a real disease. With internet access available to less than 7% of  Congo, word-of-mouth was the most common form of communication. This quickly escalated the spread of rumors.

As a result, a huge portion of the population continued to practice traditional burial practices that exacerbated the spread of Ebola, such as washing in water used to rinse a corpse. Skeptical of Western medicine, people turned to traditional healers rather than to reliable doctors.

The same phenomenon made the AIDS crisis more deadly than it needed to be. One particularly pernicious rumor held that you could be cured of AIDS by having sex with a virgin,  not only hastening the spread of the disease but leading to the rape of young girls, according to reporting by NPR. Other people turned to herbal remedies, electromagnetic devices, chemicals and an array of other “cures” that had no scientific basis.

What we learned at World Relief was that the best way to prevent the spread of misinformation was to partner with local leaders. By supporting and amplifying trusted community voices, we managed to significantly stem the spread of AIDS and Ebola in the communities we worked with in Africa and Asia. 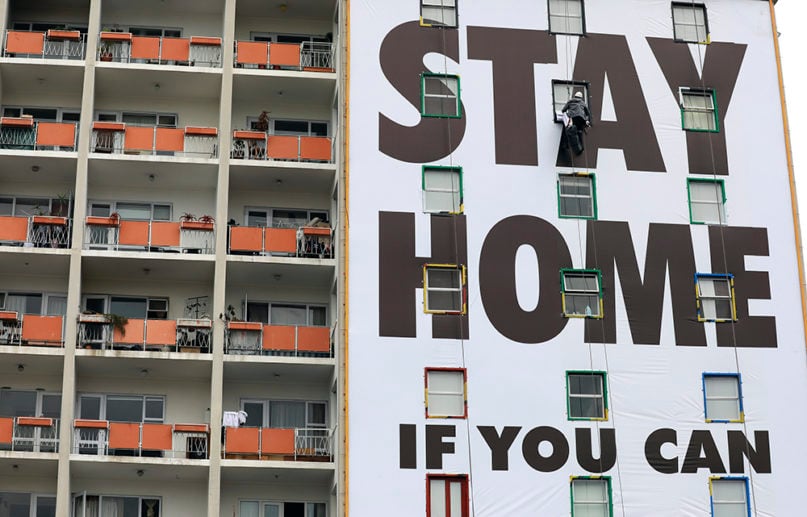 A billboard is installed on an apartment building in Cape Town, South Africa, on March 25, 2020. (AP Photo/Nardus Engelbrecht)

The same approach can be used to stop the spread of COVID-19 in developing countries. The coronavirus has already infected over a million people in Africa, with devastating economic and social consequences. But compared with the health crisis the pandemic has caused in other parts of the world, Africa is still relatively untouched. (Official reports, though likely underreported,  have put the continent’s death toll at 39,000 so far.) There is still time to protect Africans from escalating dangers.

At the height of the AIDS epidemic in Rwanda and other countries, World Relief employed an intensive training strategy to teach pastors and other religious leaders about how they could best support people living with the disease. With the help of governments and nongovernmental organizations, we brought the rate of HIV prevalence from an estimated 13% in 1994 to 2.6% by 2019. It continues to decline.

Similar strategies have already helped us reach more than 200,000 people on a monthly basis to share prevention messaging and stop the spread of misinformation about COVID-19. By combining text messaging with on-the-ground work alongside pastors and other church leaders, we’ve been able to reach hundreds of churches and thousands of households across Africa.

In Burundi, we have trained over 400 church leaders on COVID-19 awareness and prevention; World Relief Malawi has engaged over 1,200 churches, distributing materials and providing sermon guides to clergy on coronavirus.

The reason this approach works is that in many of these communities, church pastors and other local leaders are the most trusted societal figures. Many Africans may not believe a Western doctor who tells them that washing their hands may keep them from getting a virus, but they’ll believe it when the pastor who married them says it.

These strategies can work here in America as well. Americans also need to be protected against the dangers of misinformation — from the debate over masks to the rumors that COVID-19 is a fiction created by politicians. It’s important for U.S. communities’ most trusted figures — such as religious leaders, heads of community centers or school principals — to combat these myths with real information.

By working at the community level and engaging people of faith, we’ve defeated pandemics before. We can do it again.

(Myal Greene is senior vice president of international programs with World Relief. The views expressed in this commentary do not necessarily represent those of Religion News Service.) 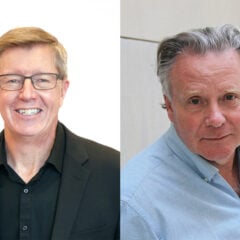