VATICAN CITY (RNS) — Father Michael McGivney, founder of the Knights of Columbus and praised as “the model parish priest,” will be beatified at the Cathedral of St. Joseph in Hartford, Connecticut, on Saturday (Oct. 31).

“Fr. McGivney stands out as a parish priest for our times,” said Maria Cecilia Ulrickson, an assistant professor of American church history at The Catholic University of America, in an interview with Religion News Service on Oct. 24.

“He loved his parishioners and challenged them to meet each other’s material and spiritual needs,” she said.

The cause for McGivney’s beatification began in 1997 in the Archdiocese of Hartford. In 2008, Pope Benedict XVI approved a decree of heroic virtue for McGivney and declared him “venerable.” This year, Pope Francis approved a decree recognizing a miracle attributed to the American priest, an essential step in order to proceed with the beatification.

McGivney, who was born in Waterbury, Connecticut, in 1852, lived a life dedicated to helping the members of his parish community, especially the poor and disenfranchised. His role in promoting the cause of immigrants, his commitment to the education of women and his premature death brought on by a pandemic make McGivney a particularly relevant priest today. 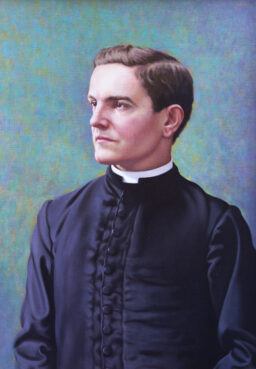 McGivney was the eldest of 13 siblings, though six died in infancy or childhood; born to a family of Irish immigrants, he experienced firsthand the struggles of coming to the United States in the 19th century. He became a priest in 1877 after dealing with family loss and financial struggles, which informed his priestly ministry.

“Fr. Michael McGivney grew up surrounded by the immigrant Irish community, and this made him all the more aware of the vulnerability of immigrants,” Ulrickson said.

Coming from an immigrant family herself, Ulrickson said her experience in dealing with “poverty and instability” made her keenly aware of how the “language, liturgy and love of family” of her Dominican heritage influenced the communities where immigrants reside.

Pope Francis has strongly advocated for the rights of immigrants and refugees through powerful gestures and public speeches. McGivney’s efforts to help support immigrant families at a time when Irish Catholics were shunned and marginalized fits within the broader framework of this pontificate.

“At a time of massive dislocation and movement of persons around the world, beatifying a priest who was committed to serving poor immigrants in his parish sends a message of how the gospel can be lived in our own time,” said Father Michael Witczak, associate professor of liturgical studies and sacramental theology at The Catholic University of America, in an interview with RNS, also on Oct. 24.

For many Catholic faithful, Father McGivney represents, in a time of renewal of the Catholic Church under the leadership of Pope Francis, a symbol of putting Christian virtues and ideals into practice. His life was marked by the constant need to be close to his parishioners, a priest — as Pope Francis would say — who “takes on the smell of the sheep.”

One such example occurred early on in the priest’s life, while he attended to the pastoral care of prisoners. McGivney became close to one inmate in particular, James Smith, sentenced in 1881 for murder and later executed. Their friendship had a profound impact on both men and became an example of McGivney’s determination to be close to those who are discarded by society.

“Fr. McGivney gave himself to the pastoral care of the people who were there in front of him, in his diocese and city and parish,” Witczak said.

McGivney’s concern for working class and immigrant families and individuals motivated his decision to create the Knights of Columbus in 1882 as a fraternal association of Catholic faithful committed to helping each other in times of need.

“The Knights of Columbus were a Catholic response to a harsh economic and political environment, meant to help Catholic families stay together in times of crisis,” Witczak said.

Today the group has grown to become among the most influential Catholic associations in the history of the United States and numbers almost 2 million members in numerous countries around the world. 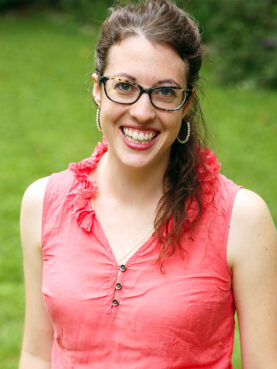 The Knights of Columbus anticipated the need for further inclusion of laity in the Catholic Church, but it also promoted the role and positive impact of a patriotic Catholic community in the United States.

“The American Church became ‘American’ in part through the unity and charity of the lay organizations he founded,” Ulrickson said, which were able “to develop a notion of Catholicism that transcended parish, national and regional boundaries.”

Among the organizations born from McGivney’s legacy is the Catholic Daughters of the Americas, founded in 1903 as a charitable and lay women’s organization. With the aid of the archives at The Catholic University of America, Ulrickson has been studying the work of the organization and McGivney’s role in promoting women in society.

“Fr. McGivney saw firsthand how disease, poverty and an unsympathetic state affected widowed women in his community,” she said, adding that he personally took an interest in the education of women in his lifetime.

McGivney died at the age of 38 as a result of the pandemic of 1890, which claimed the lives of more than one million people. Catholic faithful have referred to him as “protector of Christian family life,” “Good Samaritan” and more recently “a saint in these COVID-19 troubled times.”

According to Witczak, McGivney’s legacy ahead of his beatification goes beyond the contingency of history or the present. “He was a selfless servant of his flock, ministering to them within the reality of their own time,” he said. “A great model for any age!”