(RNS) —  The Rev. Adam Taylor has been named the new president of Sojourners, the national Christian social justice advocacy organization founded and led by the Rev. Jim Wallis since the 1970s.

Wallis will continue working with Sojourners through July 2021, when he will join the faculty of Georgetown University as director of a new center focused on “faith, public life, and the common good.” He will retain the title of founder and ambassador for Sojourners.

The move was timed to coincide with the 50th anniversary of the organization’s founding.

The new role for Taylor was approved at a meeting of the Sojourners board of directors on November 12 and is effective immediately.

“Rev. Adam Taylor brings a depth of commitment from the roots of his Christian faith and a breadth of national and international experience to this role that is truly unique,” said the Rev. Dr. Alexia Salvatierra, vice-chair of the Sojourners board in a statement. “We are so grateful that he has agreed to serve at this time of critical transition in Sojourners and in the world.”

Taylor, who grew up in Washington state, is the son of a Black mother and white father who married in 1968, a year after a Supreme Court decision in Loving v. Virginia had made interracial marriage legal nationwide.

He knew early in adulthood that his faith called him to work on issues of justice.

One Sunday, while a college student at Emory University, he recalled attending Ebenezer Baptist Church in Atlanta, where Martin Luther King Jr. had once served as pastor. He ended up responding to an altar call after a sermon that connected the redemptive work of Jesus with a call for social justice.

“It just clicked,” he told Religion News Service in a phone interview. “I walked down the aisle and in a more public way, proclaimed my faith.”

He met Wallis in the early 2000s, when Wallis was teaching a class at Harvard University, where Taylor was studying at the Kennedy School of Government. At the time, Taylor considered himself an activist but hadn’t figured out how to combine his call to ministry with his activism.

While in Cambridge, he got involved in Union Baptist Church and was licensed for ministry, thinking he would become a pastor. He eventually came to see that his social justice work could be a ministry.

He has worked in governmental relations, advocacy and fundraising for organizations such as World Vision and Global Justice and spent five years, from 2005 to 2010, as Sojourners’ senior political director.

The election of 2016, which came as Taylor was a liaison to faith-based organizations for the World Bank Group, was a turning point. That election, he said, turned on “the worst impulses of our country.”

He returned to Sojourners as executive director in 2019. He felt that by coming back, he could help change that and be part of putting the country back on the right track. It was a calling from God, he said, one that was confirmed during a week he spent fasting and praying at a retreat center in New Mexico.

Taylor said that as president he will focus on equipping and mobilizing people of faith to work for justice. In the past, he said, the organization has sometimes done a better job of articulating the call to justice than it has in equipping the church to work for it.

Both tasks, he said, are crucial. He also hopes to highlight the work of the staff and to give them a more visible role in advancing its mission.

“To me, the real battle ahead is, will our country truly embrace multiracial democracy that is committed to liberty and justice for all?” he said. “To put it in a spiritual sense: to building the beloved community?” 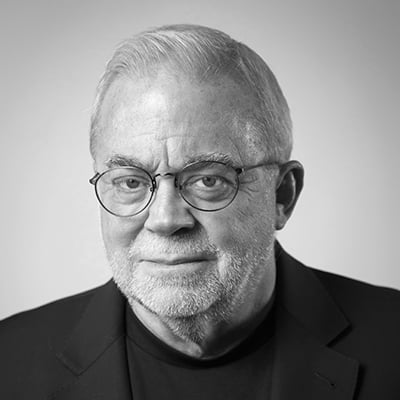 Taylor said that his long relationship with Wallis — and several years of intentional planning by the board — will help make the transition successful.

The transition at Sojourners has been in the works for several years. Wallis said that he knew the organization’s 50th anniversary was the right time for a change.

“My first thought was, I don’t want to be back at my office on the day after the anniversary celebration,” Wallis said.

A New York Times bestselling author and theologian, Wallis has been teaching at Georgetown as a research fellow at the university’s Berkley Center for Religion, Peace & World Affairs for a decade. He said in addition to teaching at the new center he is starting, he’ll continue writing and speaking.

“I really feel like I can focus on the things I love most to do,” he told Religion News Service in a phone interview Thursday afternoon (Nov. 19) after his class had let out.

Wallis stepped down as editor in chief of Sojourners magazine and website in August after he removed a controversial article about white supremacy in the Roman Catholic Church from the magazine’s website. That decision led two web editors to resign in protest.

Wallis later apologized for removing the article, and it was eventually republished with a correction appended. Sandi Villarreal was named to succeed Wallis as editor in chief, a move Wallis said he endorsed.

He told RNS he is grateful for the many friendships he made during his work at Sojourners and for the impact that work had on the church and the wider world.

“The legacy of Sojourners, in the end, is not going to be just the work we do,” he said. “It is what we have inspired other people to do with their lives.”

Wallis said he is also grateful to be able to hand the organization over to someone who has had close ties to Sojourners for two decades, has a deep faith and is committed to the mission.